At sunrise on Sept. 2, 1945, Thursday morning seas in Tokyo Bay were calm, with billowing pearl gray clouds above. The 58,000-ton battleship USS Missouri was anchored in the bay, its starboard gray teak planked deck polished and buffed. More than 250 Allied warships from around the globe lay at anchor surrounding the “Mighty Mo.”

The flagship of the 3rd fleet had been christened for service by President Harry Truman’s daughter Margaret in January 1944. “Give ‘em Hell, Harry” hailed from the Show Me State. Truman personally chose the vessel for this distinguished occasion as the site for the formal surrender of the Empire of Japan, ending WWII.

The battleship USS West Virginia was the only ship damaged at Pearl that was present in Tokyo Bay when the Japanese surrendered. The Japanese sank the battlewagon in Pearl Harbor with six torpedoes and two bombs. The ship was salvaged and repaired, playing a pivotal role in many Pacific battles.

Onboard the Missouri, a standard folding table from the ship’s mess hall was placed in the center of the deck. The table was covered with a coffee-stained green baize tablecloth with yellow scrolled trim hastily procured from the ship’s laundry wardroom. Fortunately, the stains were obscured by the substantial size of the Instrument of Surrender folders. The Allied document was presented in a ceremonial gilded leather binder with aged parchment paper. The Japanese was bound in rough, hard, drab canvas.

Allied Supreme Commander Douglas MacArthur ordered that the day’s uniform would be khakis, daily service clothes, open shirts, no ties, and minimal rank insignia. “We fought them in our khakis, and we will accept their surrender in our khaki uniforms,” he said.

At 8:56 a.m. a Navy band played “The Star-Spangled Banner” as clouds screened the sun. At the same time, 11 solemn, glum and formally dressed Japanese emissaries were granted permission to board the ship. At the top of the gangway stood eight U.S. seamen, all over 6 feet tall, in starched white uniforms. The Empire of Japan envoys passed between the lines of lanky sailors specifically chosen to show U.S. superiority and intimidate the delegation. Not one principal Allied military officer saluted the Japanese.

William R. Mathews, owner, editor and publisher of the Arizona Daily Star, was one of the few correspondents aboard the battleship to witness and document the Japanese surrender. He wrote in the Star, “V-J Day had come at last, and I was one of the seven lucky publishers who had a ringside seat at the ceremony.”

MacArthur avoided any direct or implied humiliation of the Japanese participants in his remarks. He spoke not of surrender or defeat but only of restoring peace marked by freedom, tolerance and justice. “Let us pray that peace now be restored and that God will preserve it always,” he said. Facing the Japanese delegation, he ceremonially intoned: “These proceedings are closed.” The solemn observance took 23 minutes.

As the Japanese Imperial government representatives were escorted off the ship, and, as if on divine cue, the sun broke through the leaden clouds. With warming sunlight, 450 Navy carrier planes from the 3rd fleet followed by 462 Army Air Force B-29 bombers flew low in formation over the bay, sounding a deafening final benediction. More U.S. aircraft in the sky over Tokyo than the total Japanese planes that attacked Pearl Harbor four years and nine months earlier.

US panel weighs whether to OK Merck COVID-19 pill

US panel weighs whether to OK Merck COVID-19 pill

Gorillas at Prague Zoo given Christmas Trees to celebrate the season

Gorillas at Prague Zoo given Christmas Trees to celebrate the season

Editor’s note: Star Editor William R. Mathews reported from the USS Missouri during the war in the Pacific in World War II. His reports were s…

Following a five-hour drive east from Tucson, the New Mexico morning desert sky cast itself in Robin egg blue. The heavens were salted with fe…

A 9,700-pound uranium nuclear bomb was dropped on Hiroshima, Japan on Aug. 6, 1945, effectively ending the war.

Readers shared their memories of the end of World War II and tales of their families or themselves during the conflict. 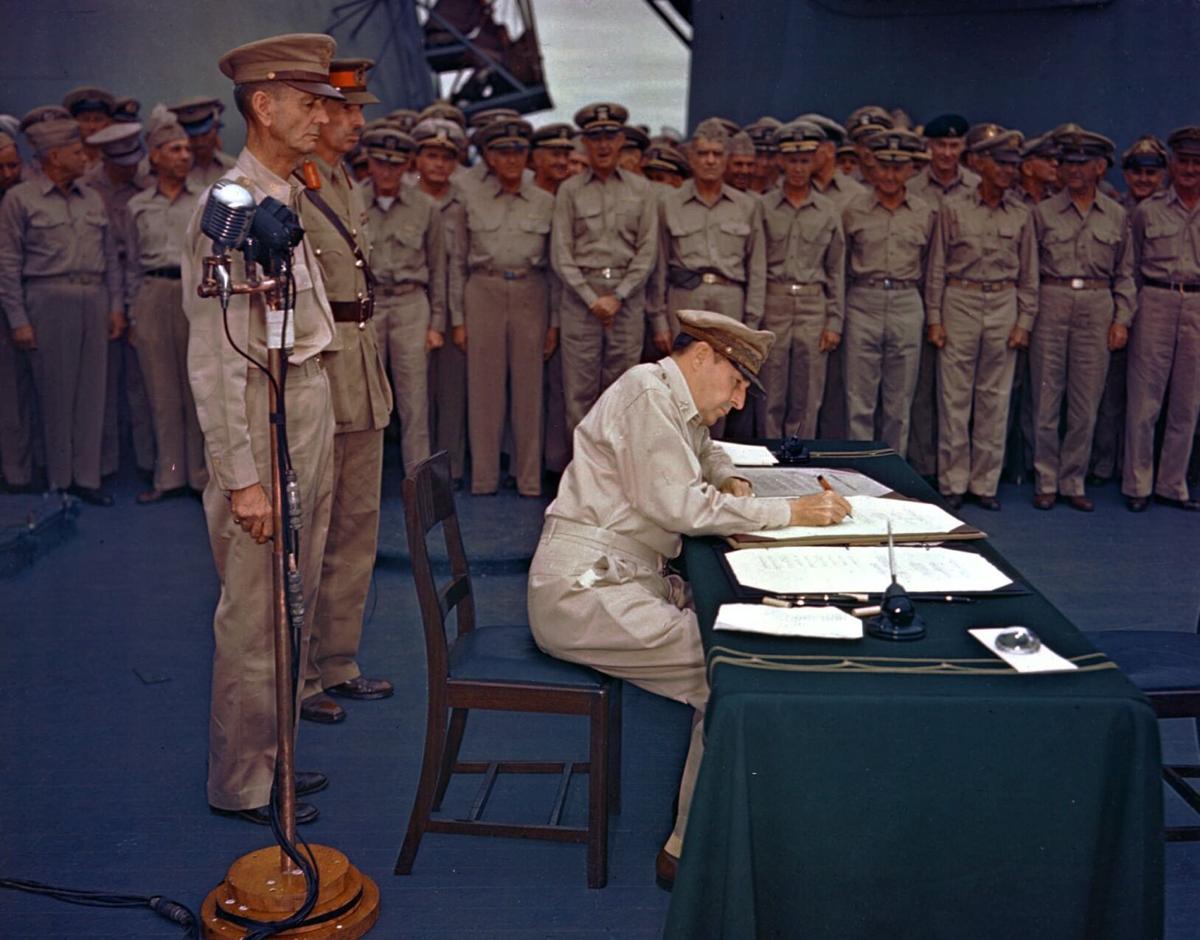 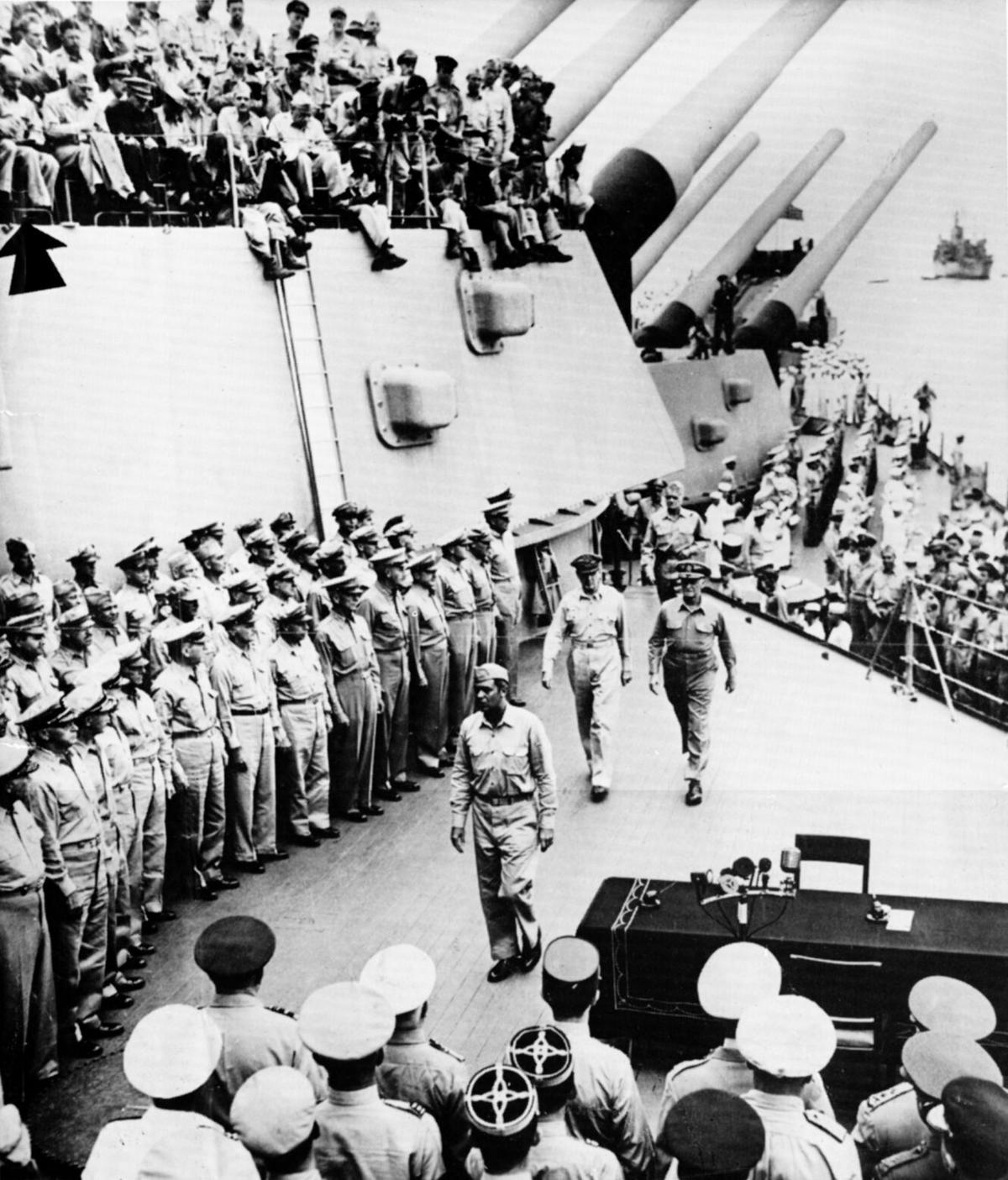 Aboard the battleship USS Missouri in Tokyo Bay during Japan's formal surrender to the United States and Allied powers at the end of World War II. William R. Mathews, editor and publisher of the Arizona Daily Star from 1930-1967, "was one of the seven lucky publishers who had a ringside seat at the ceremony." 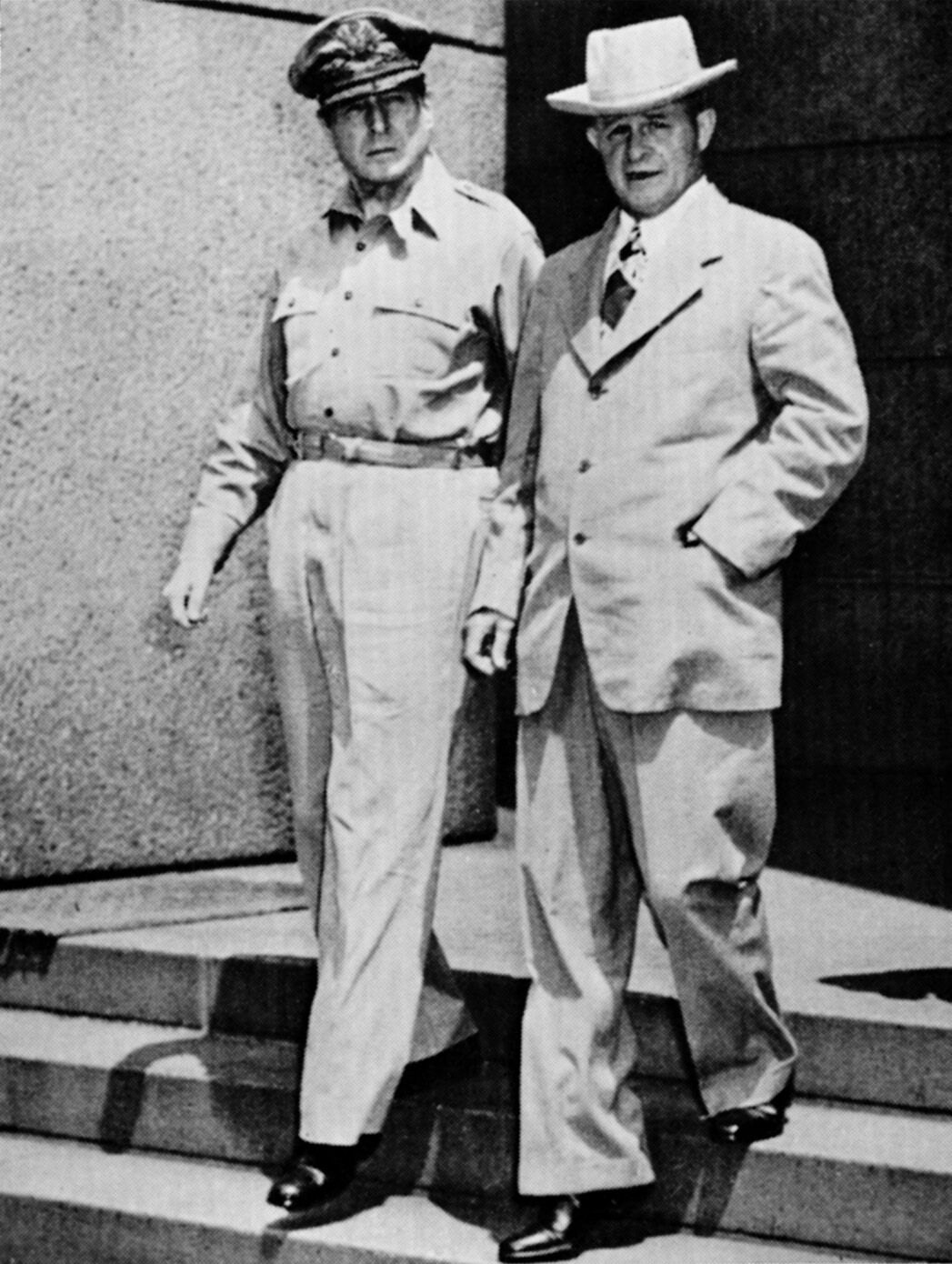 Gen. Douglas MacArthur and William R. Mathews, editor and publisher of the Arizona Daily Star from 1930-1967. 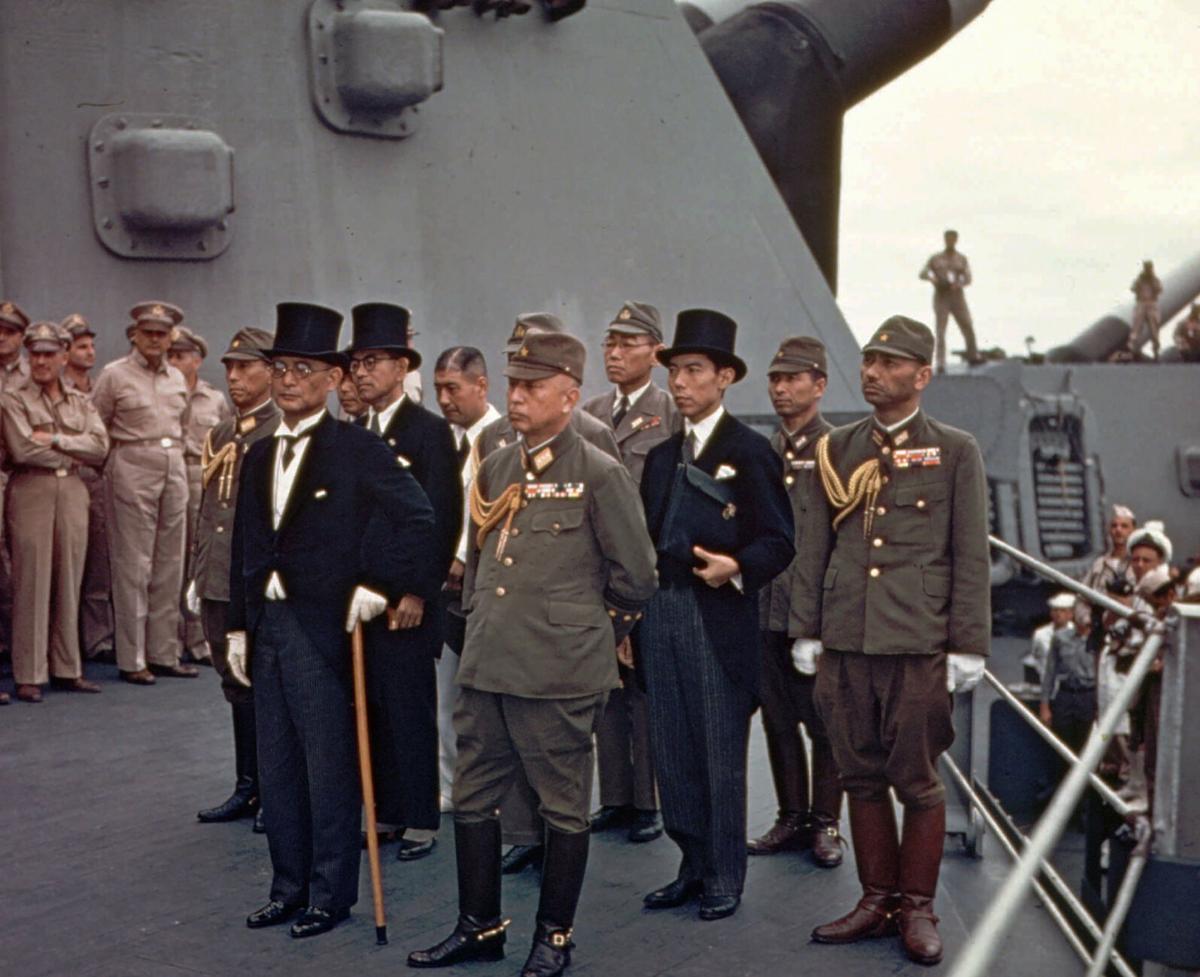