The Latest: One dead in Indianapolis shootings amid protests

Warning from wildlife officials: A fed bear could soon be a dead bear
Share this
1 of 2 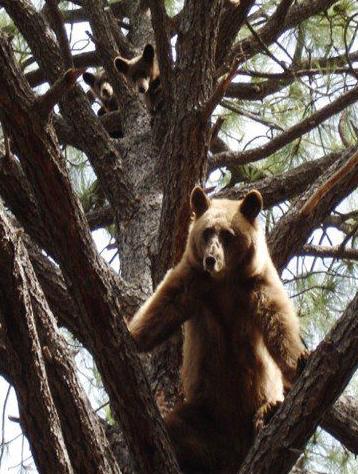 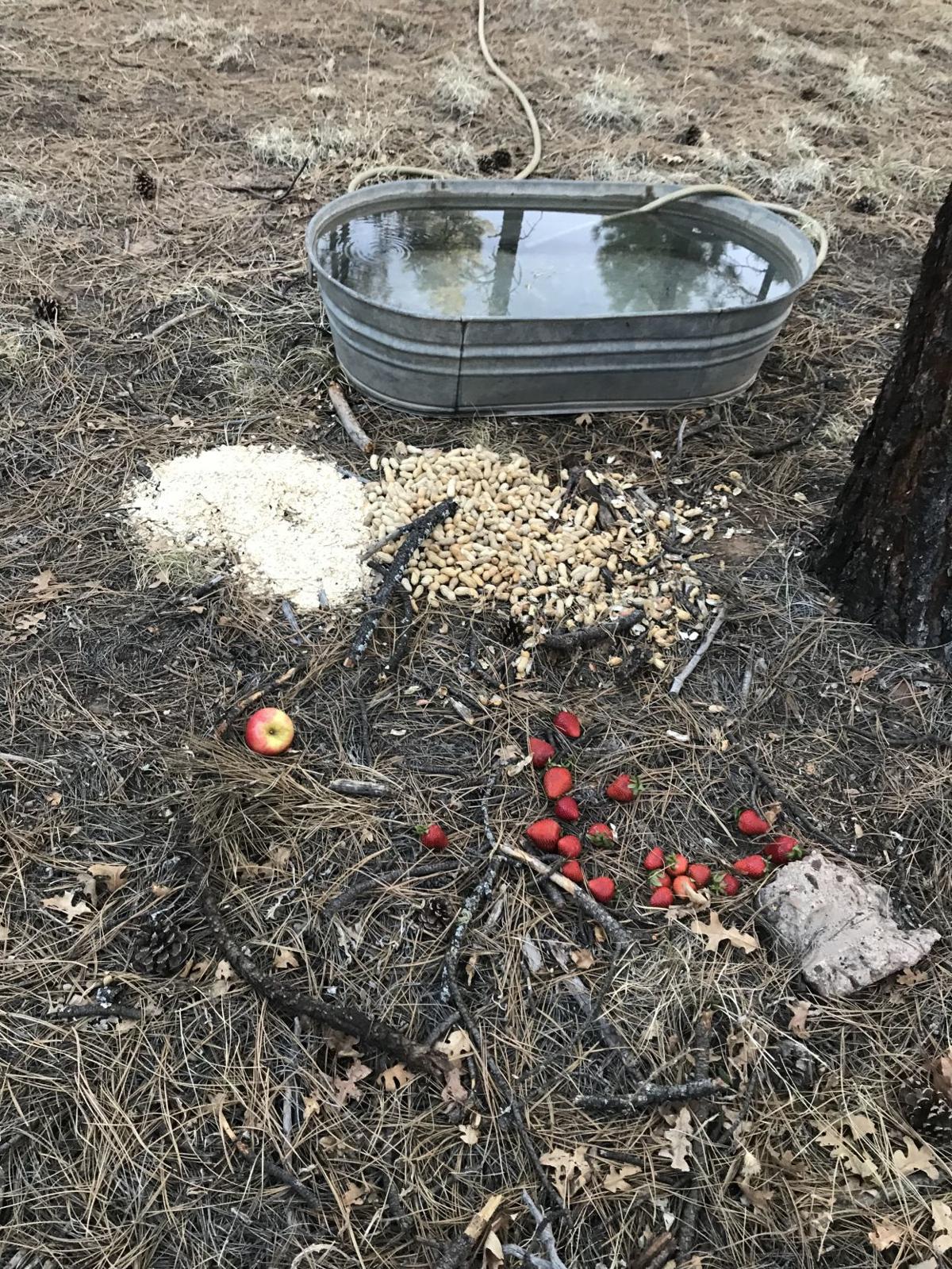 State wildlife officials say someone set these items out to feed bears. Bears need 15,000 to 20,000 calories a day, and can find them quickly when food is left out or they can get into dumpsters.

Recent bear encounters with people — including an incident in which a bear tried to enter a home in Payson — have prompted warnings from state wildlife officials about the dangers of making food available to the big animals.

“The biggest thing we’re trying to get across is that people shouldn’t feed bears or leave food where they can get it,” said Bill Andres, a spokesman for the Arizona Game and Fish Department. “A fed bear will be a dead bear” in many cases.

The advice is important for Tucson-area residents because bears have wandered out of nearby mountains and prowled neighborhoods here several times over the years. Food-seeking bears also have caused problems in the community of Summerhaven in the Catalina Mountains north of Tucson.

“Bears naturally wander to find food,” Andres said. “If they wander into your neighborhood and find trash or pet food or a greasy barbecue grill, they’re going to think it’s a place to find food and then just stick around.”

“People don’t realize how dangerous a bear can be,” he said. “Get between a bear and food and it could be trouble. A bear is a wild animal, and adult males can be in the 300-pound range. It isn’t a German shepherd.”

Game and Fish wildlife officers responded to reports last week that a bear attempted to break into a house in Payson after previously raiding a garbage can containing dog food.

The officers live-trapped the adult male bear at the residence, evaluated it and later euthanized it because of the bear’s aggressive behavior and apparent lack of fear around people.

It was that sort of outcome that led to Andres’ comment about a fed bear being a dead bear.

Relocating a “problem bear” to minimize risk to people works sometimes, but not always.

“Approximately half of all bears relocated will return to where they were captured, no matter how great the distance,” according to a news release from the Game and Fish Department.

The Payson incident and others around the state underscore the fact that “bears are very opportunistic omnivores,” Andres said, noting that the bears in Arizona are a type known as black bears regardless of their color.

“Once it becomes accustomed to eating human food, it starts to lead to problems,” Andres said. “Most human-bear conflicts happen because humans did the wrong thing.”

Keeping food sources away from bears

Tiny and huge birds will get your attention in Madera Canyon

Leavengood's guide has lured people to Tucson-area trails since its first publication in 1991.

Saguaros putting on a boffo bloom in the Catalina Mountains

The lower reaches of the Catalina Mountains are awash in saguaro blooms.

Ferns like those in Catalina Mountains go back millions of years

Bracken ferns have been around a long time — millions of years.

Today's high temperature will be 6 to 7 degrees above normal.

Breathe cool air and trek in evergreen forests in mountains near Tucson.

State wildlife officials say someone set these items out to feed bears. Bears need 15,000 to 20,000 calories a day, and can find them quickly when food is left out or they can get into dumpsters.