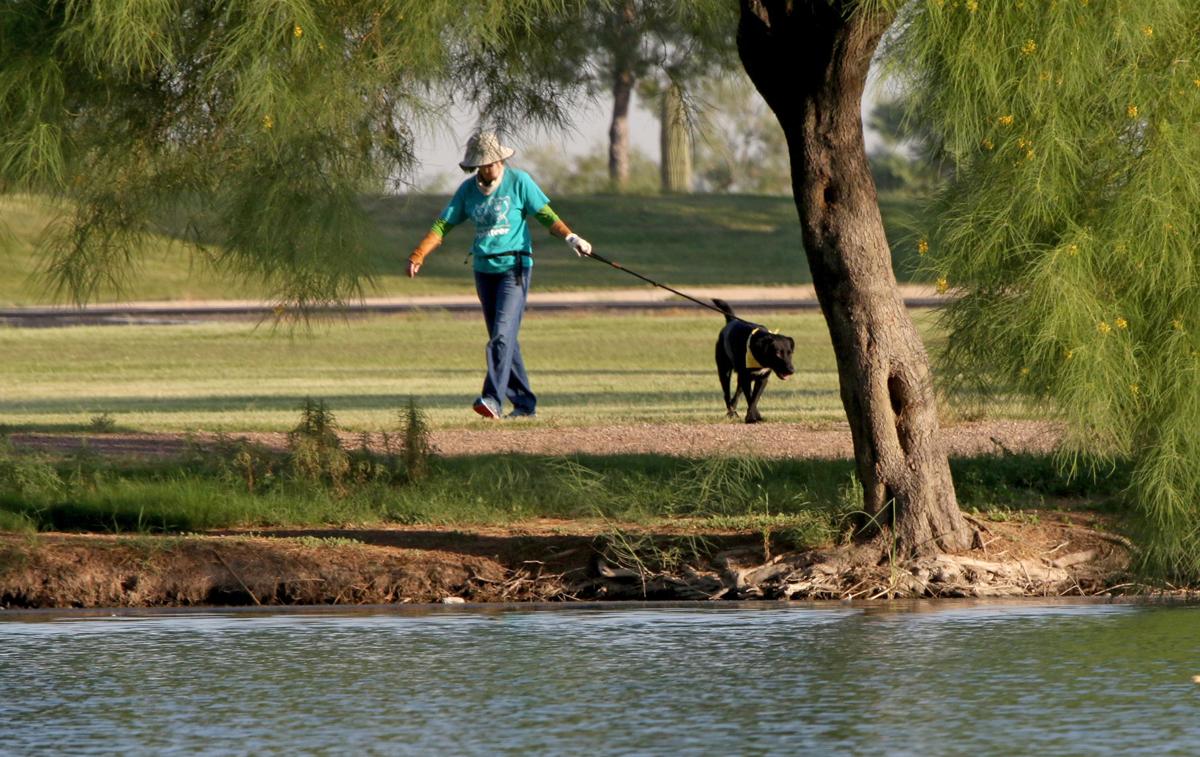 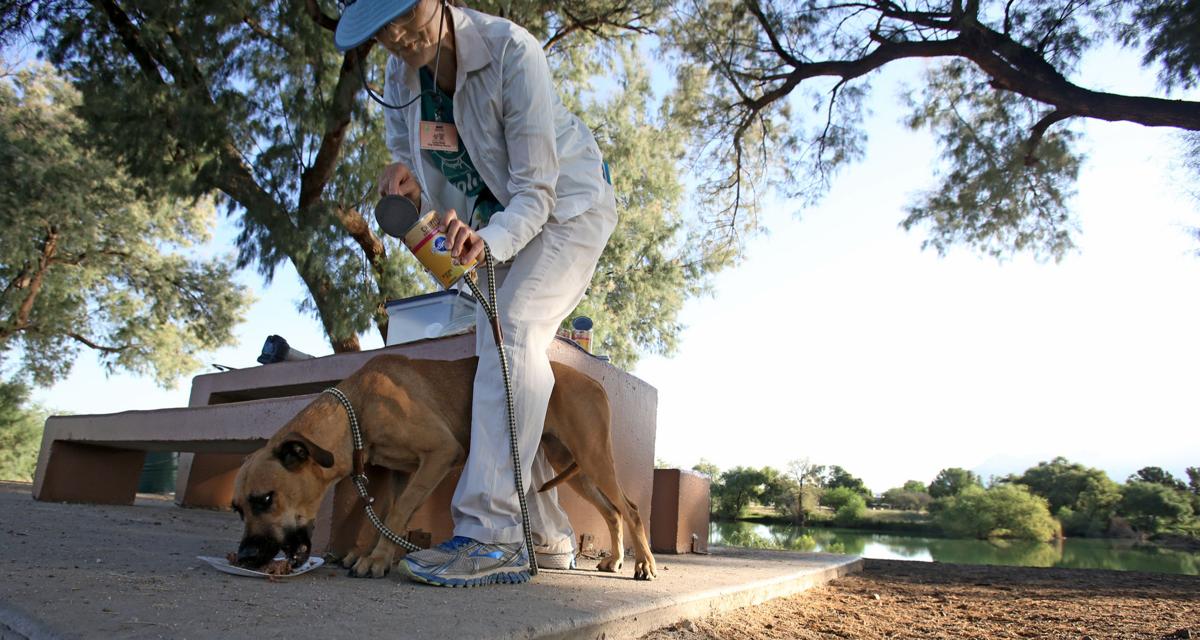 Complaints about mosquitoes are growing in the wake of a saturated summer in Pima County.

“You almost can predict after a monsoon rain that, in three to seven days, you’re going to get a lot of complaints,” said David Ludwig, who directs the county’s vector-control program.

Mosquitoes are most active at dawn and dusk — just the times Arizonans choose for outdoor activities, such as walking dogs at the Pima Animal Care Center. Many volunteers cover themselves head-to-toe these days and use the insect repellent available at check-in.

Ludwig is uncertain whether the increased complaints reflect larger numbers of mosquitoes than normally appear at this time of year.

His group at the Pima County Health Department is trapping more mosquitoes, but it is also putting out more traps than ever before, with increased focus on the tiny Aedes aegypti mosquitoes that can carry yellow fever, dengue, Chikungunya and this year’s most feared virus, Zika.

Ludwig said publicity about Zika, which has caused birth defects and neurological illnesses in South America and elsewhere, is prompting the increased calls.

“People are concerned and they are calling in because of the heightened awareness,” he said.

There is no evidence of Zika transmission in the state, but the Arizona Department of Health Services has confirmed 26 cases in residents who had traveled to areas with Zika outbreaks.

Public health officials get involved in all those cases, said Jessica Rigler, chief of the department’s bureau of epidemiology and disease control. The goal is to keep people from getting bitten by a mosquito capable of transmitting the disease to someone else.

Aedes aegypti, the principal vector for Zika, has been reported in all of the state’s southern counties and as far north as Yavapai County.

It’s impossible to say whether populations of any particular mosquito species are on the rise, Rigler said. Aedes aeqypti was not a target for trapping until recent years, when dengue and Chikungunya outbreaks occurred in Mexico.

Officials continue to hope that Zika, like those viruses, will not spread in Arizona.

“In terms of risk, I still kind of match it up to where we are with dengue,” said Heidi Brown, who does research on the viability of the mosquito and the virus.

Brown, a University of Arizona assistant professor of public health, said some combination of our semi-arid climate and protective environment kept dengue at bay during outbreaks just south of the border in Mexico.

The experience in Florida, where the virus is being transmitted locally in small clusters, is “something we’re watching and trying to figure out what’s going on and where it’s next to pop up,” Brown said.

Rigler, too, does not expect outbreaks here, but said: “We’re not going to breathe easy for the next couple of months, at least.”

Ludwig said most of the mosquitoes — 20,000 of the 22,000 trapped in Pima County this year — are varieties of “floodwater mosquitoes,” which are not known to carry viruses.

But the traps have caught more than 1,000 Aedes aegypti and more than 700 Culex mosquitoes, which can carry West Nile virus.

West Nile has killed an average of 6.5 people annually in Arizona over the past decade. Two deaths in Maricopa County this year have been connected to the virus.

Most people who contract West Nile have no symptoms, but it can induce fever and result in meningitis and encephalitis. Most of the people who die from it are elderly.

So, even if Zika does not become a concern in Arizona, there is reason to take precautions against being bitten by mosquitoes.

Health officials recommend that you cover up, especially at dawn and dusk, and apply mosquito repellent.

You can protect yourself and others by making sure your home and yard are not breeding mosquitoes. Empty and cover anything containing water. Change water in birdbaths and dog bowls regularly, and wipe them to remove eggs.

Detailed information is available online from the Pima County Health Department and the Arizona Department of Health Services.

Jesus Greer was arrested in March on open container and littering charges.

Newton could have been scary; instead, it was beautiful.

Tucson's monsoon so far: abnormal but not unprecedented

When it was wet, it was very, very wet.

Hurricane Newton to bring storms to Tucson today and tomorrow

UA researchers and computer scientists have developed a mobile app that could provide early warnings of mosquito-borne disease outbreaks.

In Tucson, few neighborhoods were left behind.

Tucson startup says it has Zika cure in sights

HSRx Biopharmaceutical, which is developing drugs from botanical sources, is led by a former executive of failed mortgage lender First Magnus Financial.

Zika hotline set up for Tucsonans to call with concerns

The new phone line is for anyone who has questions about any mosquito-borne illness.

Pregnant women are advised not to travel to the Mexican state.

Yes, Tucson's October was warm — the warmest on record

Record temperatures are fooling some plants into blooming and keeping mosquitoes active longer.