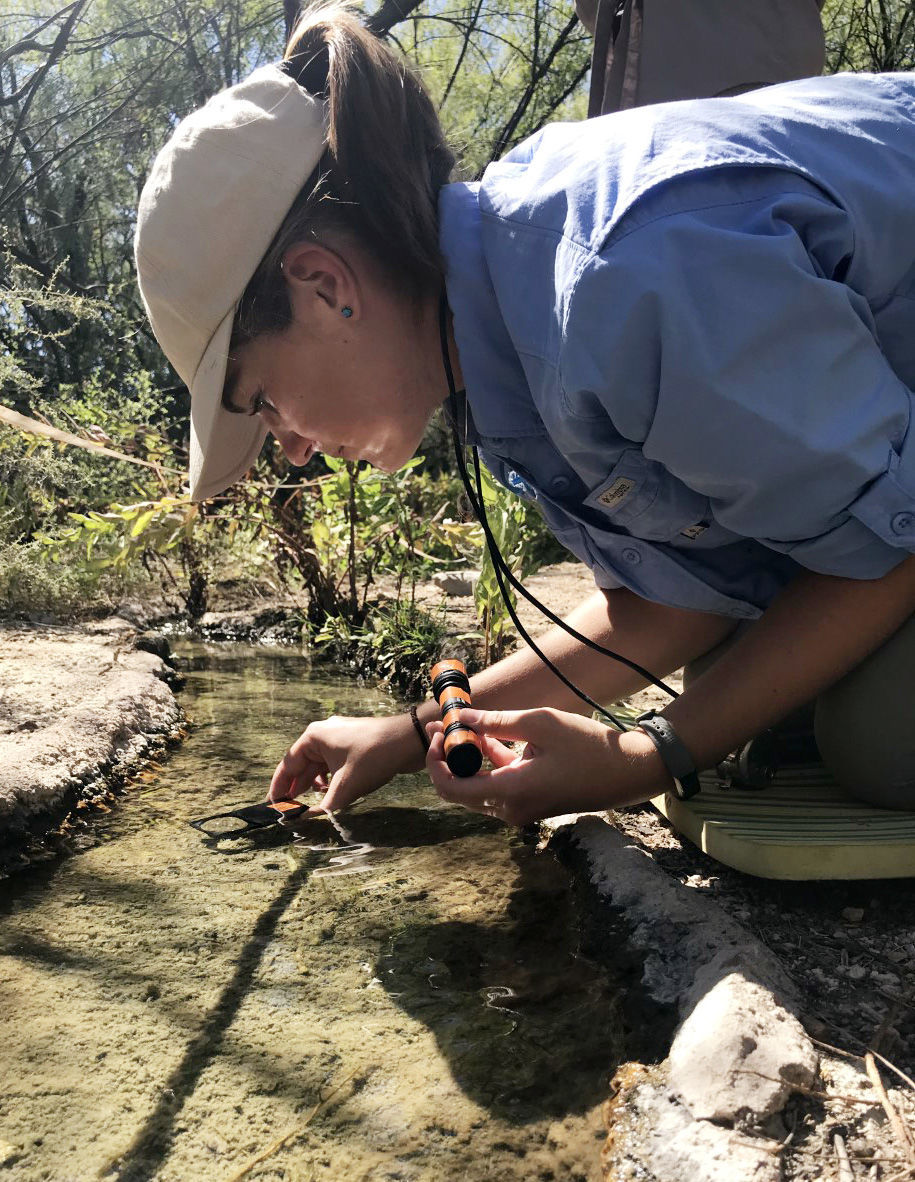 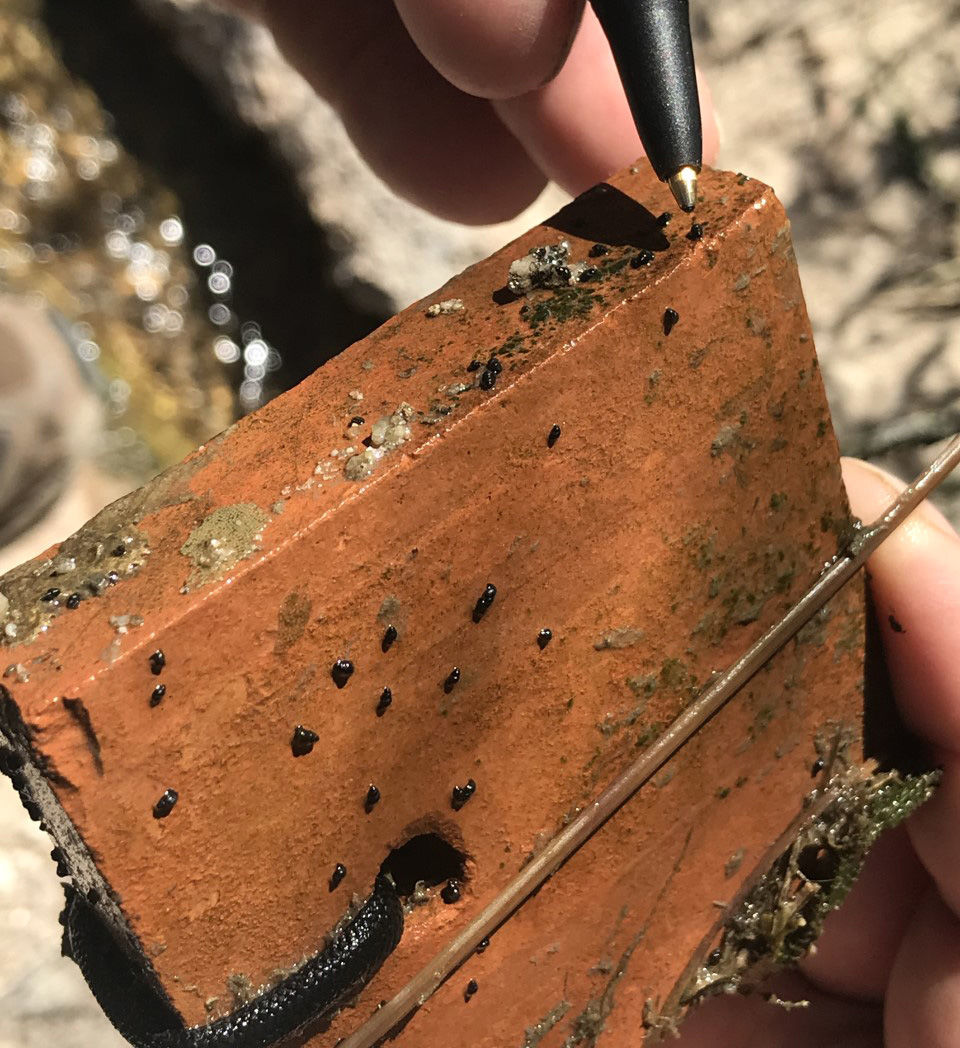 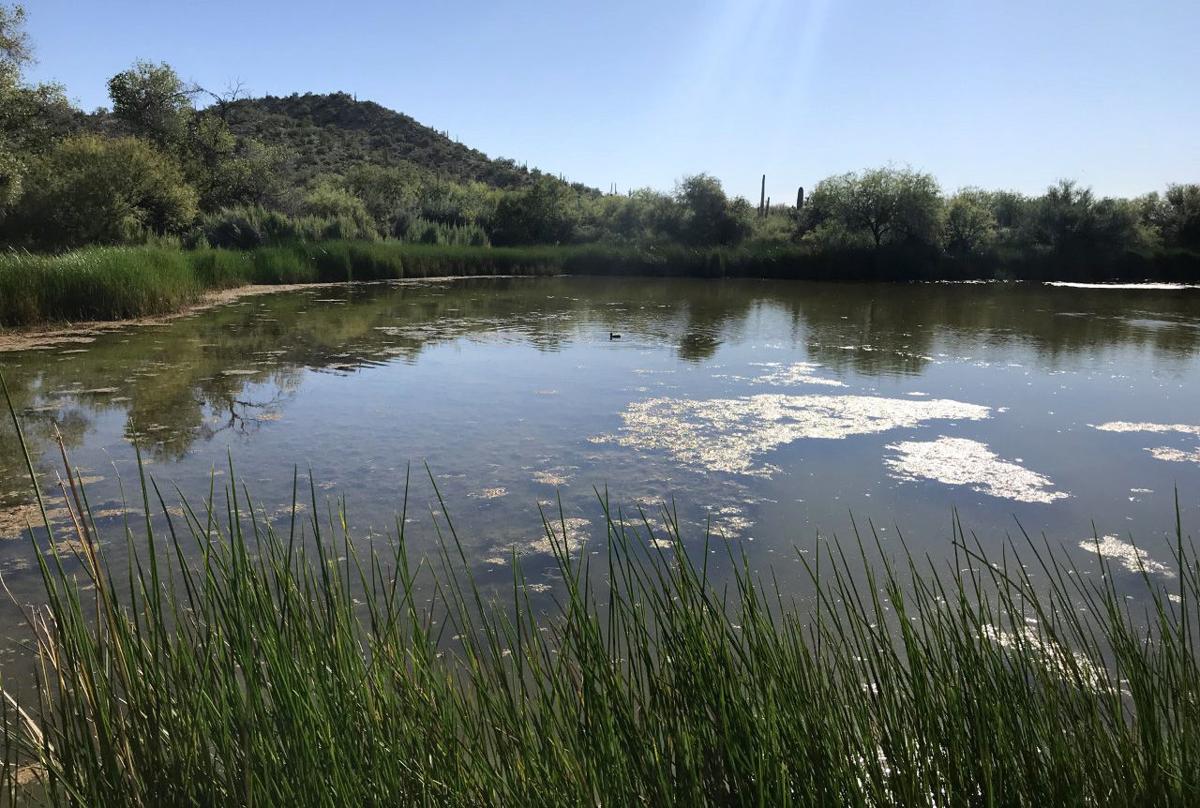 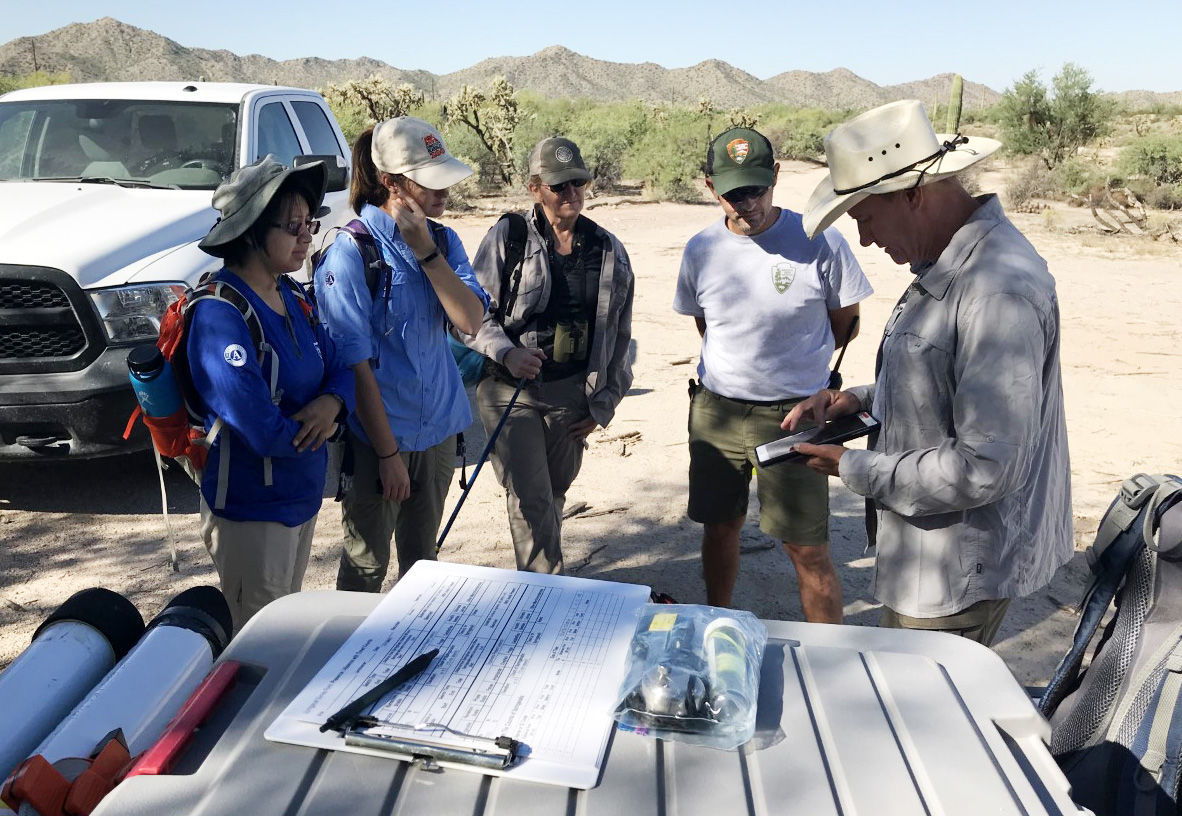 ORGAN PIPE CACTUS NATIONAL MONUMENT — Arizona’s self-described “snail guy” is looking for a lifeboat for a rare mollusk whose spring-fed habitat could be threatened by border wall construction.

State wildlife specialist supervisor Jeff Sorensen said he’d like to establish a few reserve populations of Quitobaquito tryonia in other places, just in case the water keeps dropping at the tiny creature’s namesake spring on the U.S.-Mexico border, about 170 miles southwest of Tucson.

“Right now, we have all our eggs in one basket,” said Sorensen, who monitors and manages snail populations statewide for the Arizona Game and Fish Department. “It’s worth spreading the risks around ... to make sure they’re secure.”

The black-shelled snail smaller than a sesame seed has lived in the waters of Quitobaquito Springs since the ice age.

During a survey at the site last Tuesday, Sorensen said the tryonia and its habitat appear healthy and stable, but all of that would change without continued flow from the spring, now about 10 miles from the advancing wall project.

“Our wildlife need water, just like everybody else,” he said.

Some experts warn that the Trump administration’s plans to drill new groundwater wells to support wall construction could drain the ancient watering hole and wipe out the rare, isolated species that rely on it, including the endangered Sonoyta mud turtle and Quitobaquito pupfish.

Federal officials plan to pump millions of gallons of groundwater to mix concrete and control dust as they erect a 30-foot wall of vertical steel posts across 44 miles of border currently marked by a waist-high fence and vehicle barriers through much of the national monument.

At the request of the National Park Service, which manages Organ Pipe, Border Patrol officials have agreed to keep the new wells at least 5 miles away from springs in the area.

The U.S. Geological Survey plans to install a real-time flow gauge later this year to monitor water levels in Quitobaquito during the construction and beyond.

Hydrologists at the University of Arizona have said that drilling anywhere in the aquifer could affect the springs, but Sorensen was careful not to wade too far into the ongoing border security debate.

He said the water level in Quitobaquito has been in decline for roughly 30 years now, so establishing backup snail populations elsewhere is warranted whether the wall gets built or not.

Sorensen said he is in the early stages of talks with several cooperating agencies and groups about setting up “refugia” for the spring snail at the Arizona-Sonora Desert Museum and possibly the man-made pond at Organ Pipe’s visitor center.

He said the species has never been kept in captivity. Scientists don’t even know for sure what its eggs look like.

For the Oct. 1 population survey, Sorensen was joined by a seven-person crew of interns, volunteers and fellow biologists from Game and Fish and the park service.

It took them three hours to slowly make their way down the spring’s concrete-lined channel, crouching every 10 feet or so with magnifying glasses and other devices to count the tiny black specks of snails in water narrow enough to step across.

As they worked, tractor-trailers and other traffic rumbled in the distance on Mexico’s Highway 2, which runs parallel to the border.

One member of the survey group spent the morning looking for mollusks on 3-inch squares of unfinished Saltillo tile that had been submerged at intervals along the stream to help estimate population density and distribution.

The creatures are hard to see, even for an expert like Sorensen.

“My eyesight is not what it used to be. I need to switch to bigger snails,” he joked to his team.

Sorensen joined Arizona Game and Fish in 1990 and began studying snails in 1996. He has been researching Quitobaquito tryonia since 2002.

Most people don’t give much thought to snails, Sorensen said, but they are nature’s ultimate survivors.

“They were here before the dinosaurs, and they were here after the dinosaurs. They’ve lived through a number of mass extinction events,” he said. “Go back half a billion years and you look at the fossil record — yep, that’s a snail. Their form and function hasn’t changed.”

Arizona is home to about 200 species of mollusks, roughly three dozen of which are actively managed by Game and Fish.

The snails in Quitobaquito Springs are not federally protected, but Sorensen said the U.S. Fish and Wildlife Service is considering a petition from an environmental group to add them to the endangered species list.

He isn’t sure what would be gained from that, other than a pile of additional paperwork. The snail’s entire habitat is already under park service control, Sorensen said, and the water that sustains it also supports two animals currently protected as endangered species.

“I don’t know if it’s really going to buy it any benefit,” he said of possible listing.

The results of the Oct. 1 tryonia survey were encouraging, if not unexpected.

“They appear to be as abundant as they were a year ago,” Sorensen said. “I haven’t seen any impacts to the habitat that were noticeable.”

Should the situation suddenly change, he intends to be ready to scoop the snails up and find them a home someplace else.

Sorensen hopes it never comes to that.

“The best case is to keep them where they’ve lived for thousands of years,” he said.