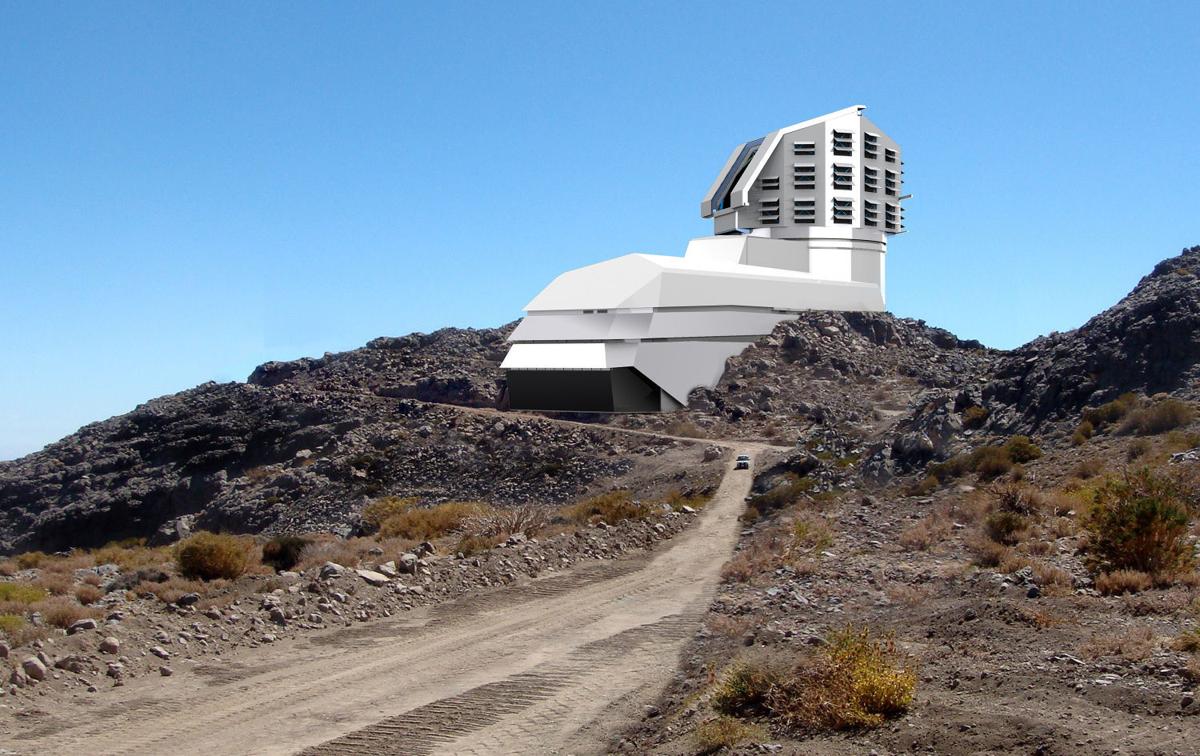 A photograph and a rendering mix shows a view of the Large Synoptic Survey Telescope’s exterior building on a mountain peak in northern Chile called Cerro Pachon. The telescope is scheduled to be fully operational by 2023. 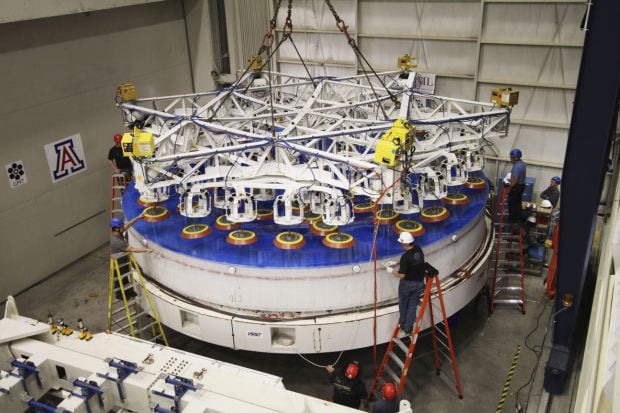 The Large Synoptic Survey Telescope (LSST), the Tucson-based project that promises the fastest, widest and deepest look at the cosmos, is inviting Tucsonans to meet the team building it at a public lecture Wednesday.

The lecture, by astronomer Lucianne Walkowicz, is titled “Explosions in the Sky: Observing Our Changeable Universe with LSST.”

Walkowicz is an astronomer at Adler Observatory in Chicago and head of science collaboration for LSST.

The evening also offers a chance to meet the LSST team, in Tucson for an all-hands meeting to plan the project’s scientific goals, as work proceeds on building an observatory in Chile and the world’s largest camera.

LSST will make a 10-year movie of the night sky, providing data on everything that moves or changes and creating a new tool for measurement of the cosmos that will provide clues to the mysterious forces that created and sustain it.

In a previous talk, Walkowicz said the giant data source called LSST will gather “this giant treasure trove in which we have hidden the secrets of the universe.”

Astronomers already talk about the “LSST era” and its potential for changing the way astronomy is done.

The $1 billion project was conceived and launched in Tucson and is headquartered here. Its novel 8.4-meter-diameter mirror, which contains the primary and tertiary mirror on a single piece of glass, was cast and polished beneath the bleachers of UA Stadium in the Richard F. Caris Mirror Lab.

LSST was chosen by astronomers as the highest priority large project in the Astro2010 decadal survey and became the first priority for funding by the National Science Foundation, which provides the bulk of the funds for building and operating it.

It is scheduled to be fully operational by 2023.

What: "Explosions in the Sky!" by Lucianne Walkowicz

Biologists will crunch hundreds of millions of data points to predict the fate of plants and animals in a changing climate.

How University of Arizona chose asteroid Bennu for a visit

The mirror for the Large Synoptic Survey Telescope moved Tuesday morning from its birthplace at the University of Arizona's Richard F. Caris M…

Tucson has a major piece of the action on giant telescope

Tucson vendors nabbed some weighty chunks of the worldwide competition to supply elements of the next big thing in astronomy.

A photograph and a rendering mix shows a view of the Large Synoptic Survey Telescope’s exterior building on a mountain peak in northern Chile called Cerro Pachon. The telescope is scheduled to be fully operational by 2023.