The U.S. Army Corps of Engineers is known for damming rivers and building levees to keep waterways at bay. But a new initiative seeks natural flood control solutions as climate change brings increasingly frequent and severe weather events that test the limits of concrete and steel.

It only makes sense to use Mother Nature's flood defenses as one of the tools to combat destruction from intense rains in the middle of the country and storms and sea level rise on the coasts, says Todd Bridges, who heads the Corps Engineering with Nature initiative.

Pieces are in place to make the change. In the 2020 Water Resources Development Act, Congress directed the Corps to consider nature-based systems on equal footing with more traditional infrastructure. And the initiative was directly funded for the first time last year with $12.5 million.

But the Corps is often constrained by its own rules and the way costs and benefits of its projects are evaluated.

"The Corps has a lot of people who are used to doing things a certain way," said Jimmy Hague, The Nature Conservancy's senior water policy advisor. "We're tracking some projects right now where nature-based solutions are almost an afterthought."

In Missouri, the Corps recently completed a levee setback along the Missouri River after the existing levee was overtopped and breached by flooding in 2019. Rather than simply repairing the levee, the Corps built a new 5-mile (8-kilometer) stretch farther from the river, opening up about 1,000 acres (405 hectares) of floodplain to help reduce future flooding while providing habitat for rare and declining species.

Dave Crane, the Corps' environmental lead on the project, said making it happen was not simple. The Corps is required to repair levees at the lowest cost, and only extreme damage to the original levee made building a new one possible under its rules.

The Corps also likes to work fast to repair levees before a new flood, and moving the levee required time for planning and acquiring land. The local levee district needed to purchase millions of dollars in farmland that would no longer be protected. With help from The Nature Conservancy and local community buy-in, the Corps constructed the setback, but it's far from the norm.

Bridges hopes new 1,000-page international guidelines for nature-based systems, five years in the making, will push the Corps to take nature-based solutions more seriously. The manual was developed in collaboration with the Netherlands and the United Kingdom, among others.

The stakes are rising. Over the past five years alone, weather and climate-related disasters cost the U.S. more than $630 billion in damages, Richard Spinrad, head of the National Oceanic and Atmospheric Administration, said when the guidelines were released Sept. 16.

"How we evaluate benefits (of nature-based solutions) is the key issue," Bridges said. Putting monetary value on their flood protection is a first step. Bridges also wants the Corps to recognize social and environmental benefits not traditionally considered.

For example, he said, a mangrove forest can provide wildlife habitat, enjoyment for people who dive, fish or boat, as well as cleaner air and water. And while concrete floodwalls fall apart and must be replaced, mangroves can grow, affording more protection over time.

"Florida has 500,000 acres of mangrove forest today that provide billions of dollars in flood-risk reduction. How do we sustain or even grow that benefit in the future?" Bridges asked.

The Corps has rules beyond benefit assessments that complicate its adoption of such solutions.

In Port Fourchon, Louisiana, authorities want to use dredging spoils to restore nearby marshland. But the Corps wants to pump the spoils into the Gulf of Mexico, said Chett Chaisson, the port's executive director.

That's because the project's money comes from the Corps navigation fund requiring the agency to dispose of spoils as cheaply as possible. It doesn't matter that there is a separate ecosystem restoration fund for projects like the marsh, Chaisson said.

"Their money is siloed, and they can't put (funds) together in a way that makes common sense," he said.

In Northern California near the state capital Sacramento, the Corps built the Yolo Bypass nearly a century ago to divert floodwaters. Its 59,000 acres (24,000 hectares) have also become habitat for native and endangered species, including Chinook salmon and steelhead.

Rick Johnson, executive director of the Sacramento Area Flood Control Agency, wants to make needed improvements to the bypass while enhancing fish habitat. But the Corps, which has a flood control easement on the property, has rules that require it to own property outright before doing ecosystem restoration work.

"We're in a position right now where it's hard to build new infrastructure, so we need to get what we can out of what is existing," Johnson said. "And we need to look at it through a multipurpose lens."

Relatively little has been done to quantify benefits of nature-based flood control, but a 2016 study estimated coastal wetlands saved northeastern states from more than $625 million in damages during Superstorm Sandy. Census tracts with wetlands averaged 10% less property damage than those without, reported researchers from the University of California, Santa Cruz, The Nature Conservancy and the Wildlife Conservation Society.

Researchers at a Corps lab in Vicksburg, Mississippi, are attempting to better quantify benefits of mangrove forests with a simulation. A complex web of PVC pipes mimics mangrove roots inside a nearly 65,000-gallon (246,000-liter) tank where a wave machine provides storm surge.

The Louisiana Coastal Protection and Restoration Authority has spent billions of dollars restoring coastal wetlands and barrier islands after Hurricane Katrina to bolster the state's storm defense. Hurricane Ida was the biggest test to date, and the evaluation is ongoing.

Nature-based systems aren't trying to recreate a past landscape, but rather restore the function that a landscape feature provided. And they can't entirely replace more traditional infrastructure, Bridges emphasized, noting that a barrier island can work together with a wetland and a levee to provide layers of protection.

"We need to re-envision what infrastructure looks like," he said. "Flood-risk management is serious business. People die."

Photos: 25 years of damaging floods in the US

Texas and Oklahoma flooding, May 2015

Sheriff's officials said Halyna Hutchins, director of photography for the movie "Rust," and director Joel Souza were shot. The Santa Fe New Mexican reported Baldwin was seen Thursday outside the sheriff's office in tears, but attempts to get comment from him were unsuccessful.

Colin Powell, the first Black US secretary of state who helped shape American foreign policy for decades, has died of complications from Covid-19, his family said.

Police: Woman raped on Pennsylvania train as bystanders did nothing

A woman was raped by a stranger on a Philadelphia area train in the presence of other riders who a police official said "should have done something."

U.S. regulators signed off on extending COVID-19 boosters to Americans who got the Moderna or Johnson & Johnson vaccines and said anyone eligible for an extra dose can get a brand different from the one they received initially.

The FBI on Thursday identified human remains found in a Florida nature preserve as those of Brian Laundrie, a person of interest in the death of girlfriend Gabby Petito.

Top headlines: The latest in the search for Brian Laundrie; Trump launches his own social media site; NFL agrees to end "race-norming." Get caught up.

Former President Trump sought to block the release of documents related to the Jan. 6 riot to the congressional committee investigating the attack.

Can new variants of the coronavirus keep emerging? An explainer.

With more than half the world still not vaccinated, the virus will likely keep finding people to infect, which can lead to new variants forming. Here's what to know.

The House voted Thursday to hold Steve Bannon in contempt of Congress for defying a subpoena from the committee investigating the violent Jan. 6 Capitol insurrection. 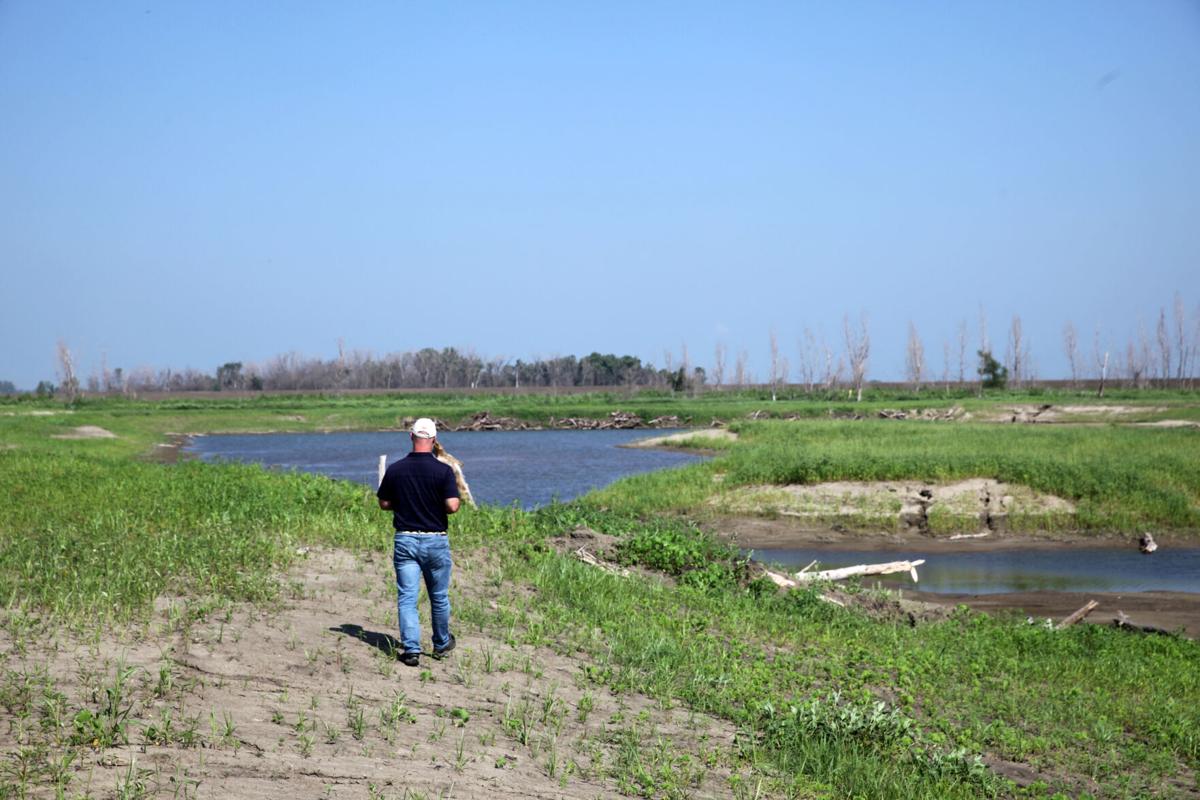 Todd Bridges, a senior research scientist for the U.S. Army Corps of Engineers, walks along a new wetland area that had been flooded in 2019 a few miles south of Rock Port, Missouri, on Monday, July 26, 2021. The wetland is part of the Corps' Engineering with Nature initiative, a program that uses engineering to create and restore natural habitats in a way that's cost efficient and environmentally friendly. (AP Photo/Grant Schulte) 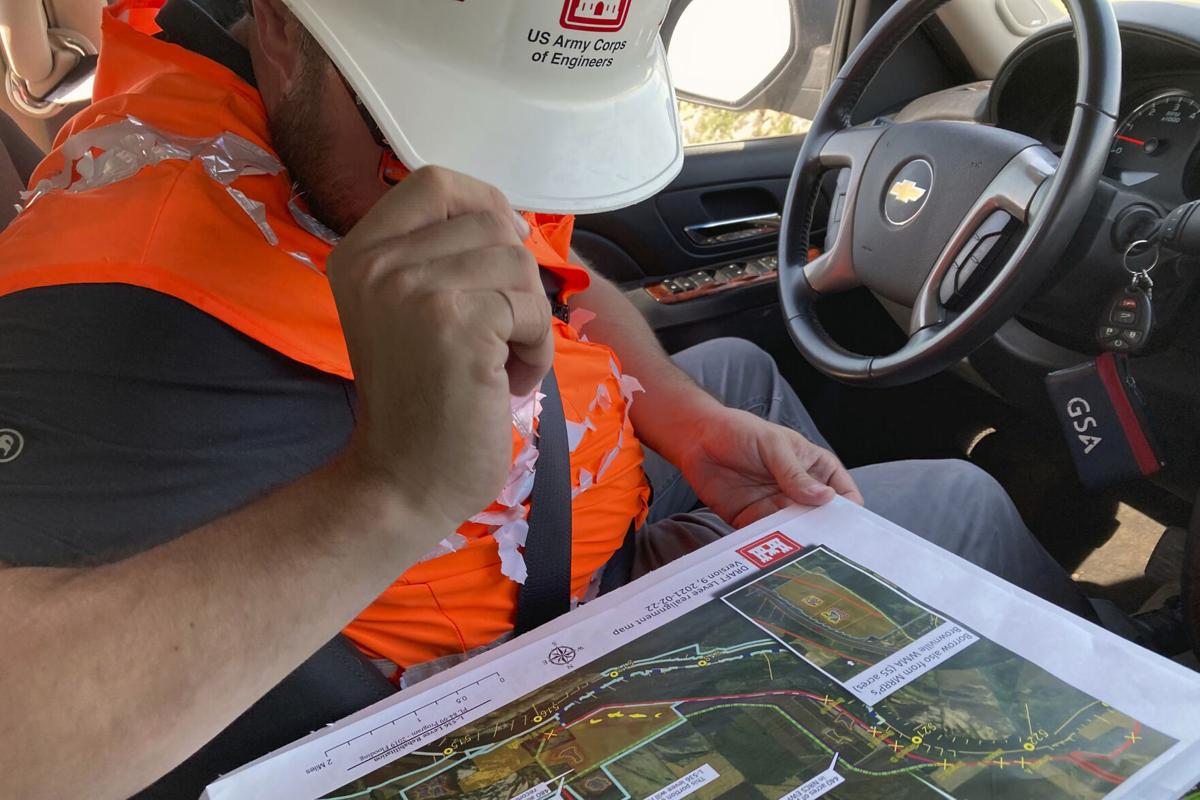 David Crane, an environmental resource specialist with the Army Corps of Engineers, looks down at a map of a restoration area that has repeatedly been flooded a few miles south of Rock Port, Missouri on Monday, July 26, 2021. The area is part of the Corps' Engineering with Nature initiative, a program that uses engineering to create and restore natural habitats in a way that's cost efficient and environmentally friendly. (AP Photo/Grant Schulte) 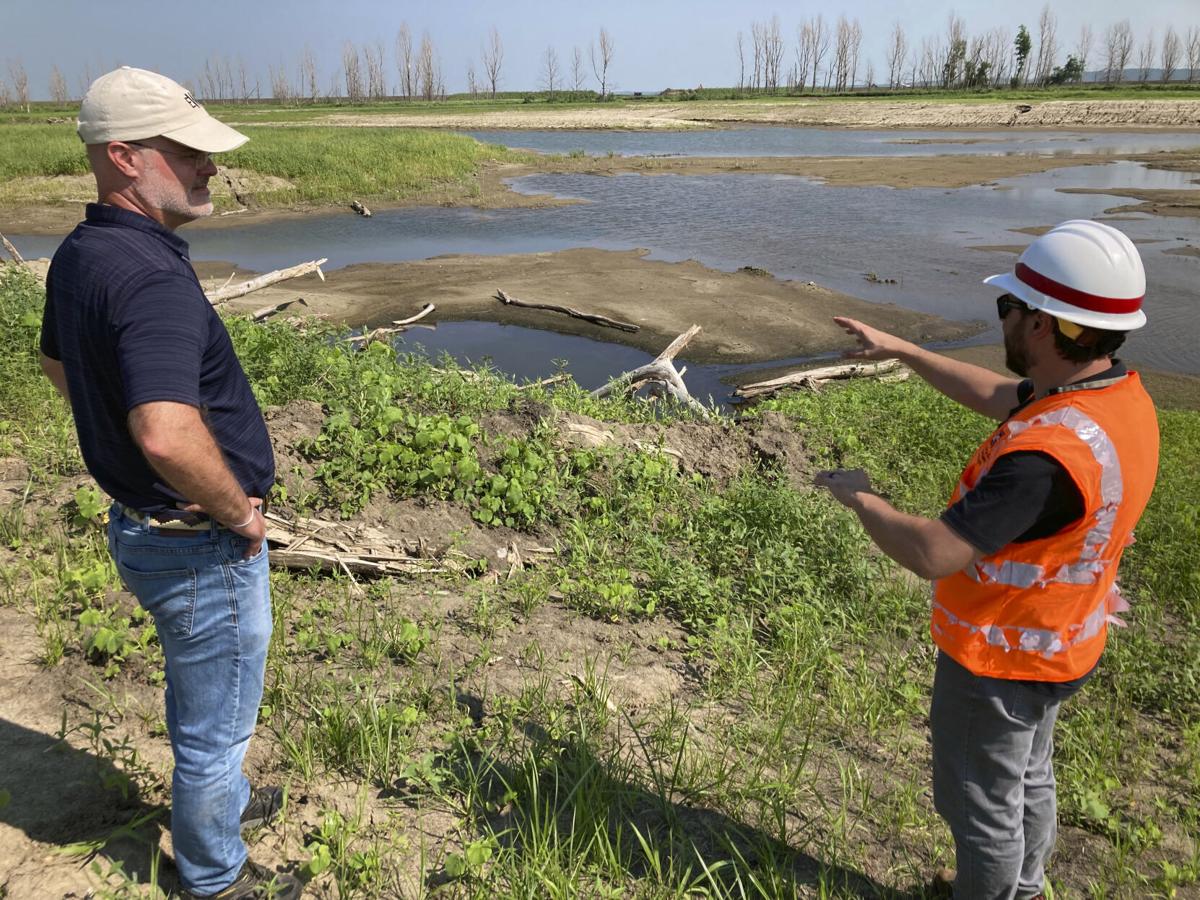 Todd Bridges, left, a senior research scientist for the U.S. Army Corps of Engineers, chats with David Crane, an environmental resource specialist with the Army Corps of Engineers, alongside a new wetland area that had been flooded in 2019 a few miles south of Rock Port, Missouri, on Monday, July 26, 2021. The wetland is part of the Corps' Engineering with Nature initiative, a program that uses engineering to create and restore natural habitats in a way that's cost efficient and environmentally friendly. (AP Photo/Grant Schulte)