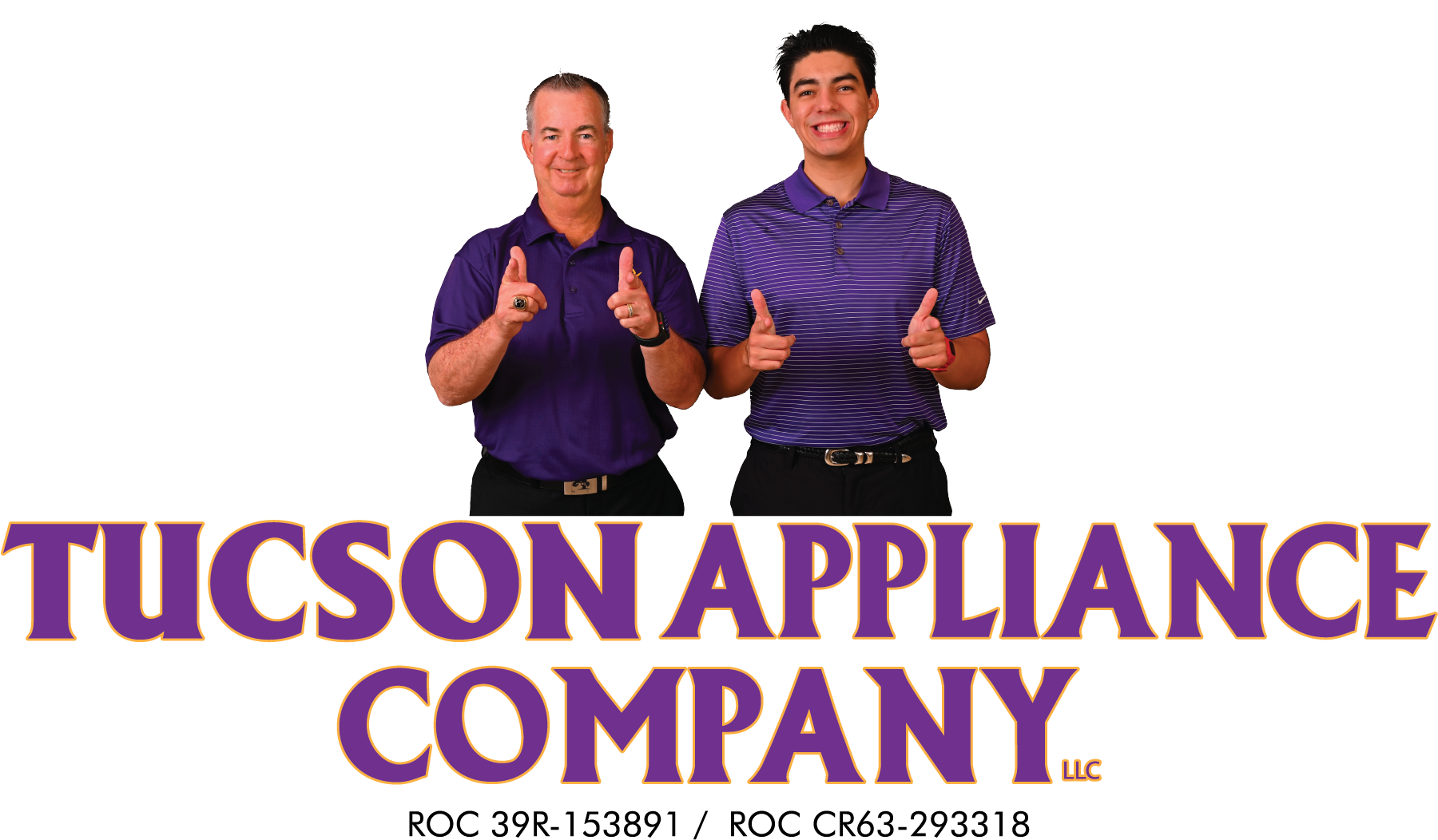 Read Today's E-Edition
Share This
Bonta, Hochman will face off in California's AG race
Share this
1 of 2

FILE - California Attorney General Rob Bonta speaks at a news conference at the Capitol in Sacramento, Calif., on Feb. 23, 2022. Republican Nathan Hochman will battle California’s Democratic attorney general in the November general election. Figures released Thursday, June 22, 2022 show that Hochman got 18% of the vote in the June 7 primary. Bonta won 54.8% and three other contenders were way behind.

FILE - Attorney Nathan Hochman is seen outside federal court in Los Angeles Friday, May, 12, 2017. Republican Nathan Hochman will battle California’s Democratic attorney general in the November general election. Figures released Thursday, June 22, 2022 show that Hochman got 18% of the vote in the June 7 primary. Bonta won 54.8% and three other contenders were way behind.

SACRAMENTO, Calif. (AP) — Republican Nathan Hochman will battle California's Democratic attorney general in the November general election after garnering 18% of the vote in the primary, according to figures released Thursday.

Hochman, the Republican Party's endorsed candidate, will face Rob Bonta in a state that overwhelmingly favors Democrats. Bonta, the only Democrat in the five-way field, won 54.8% of the June 7 primary, according to the latest figures from California's secretary of state.

Under state law, the top two vote-getters advanced to the November election, no matter their party affiliation.

Conservative Republican Eric Early was close behind Hochman with 16.4% of the vote but had no chance of catching up because there weren't enough uncounted ballots to tip the balance.

Hochman is a former federal prosecutor, defense lawyer, a former assistant U.S. attorney general. He and the other GOP candidates have focused on concerns by Californians about rising rates of crime and other problems.

Hochman also had grounded his campaign on fighting human trafficking, including by backing a stalled bipartisan bill that would label it a violent felony. He also proposed to coordinate prosecutions of traffickers statewide, seize their assets and begin a statewide human trafficking education campaign.

Bonta, who was appointed by Gov. Gavin Newsom last year to fill a vacancy, is expected to easily win the November election. California’s last Republican attorney general left office in 1999 and the party hasn’t won a statewide election since 2006.

Copyright 2022 The Associated Press. All rights reserved. This material may not be published, broadcast, rewritten or redistributed without permission.

Katie Britt has won the Republican nomination for Senate in Alabama, defeating six-term Congressman Mo Brooks in a primary runoff after former President Donald Trump endorsed and then un-endorsed him. The loss ends a turbulent campaign for Brooks, a conservative firebrand who had fully embraced Trump’s election lies and had run under the banner “MAGA Mo.” But it wasn’t enough for the former president, who initially backed Brooks in the race to replace retiring Sen. Richard Shelby, but then rescinded his support as Brooks languished in the polls. Trump eventually endorsed Britt in the race’s final stretch after she emerged as the top vote-getter in the state’s May 24 primary.

Illinois congresswoman Mary Miller is raising eyebrows with her comment at a rally with former President Donald Trump. The Republican called the Supreme Court’s decision overturning Roe v. Wade a “victory for white life.” The comment drew cheers from the crowd Saturday night in Mendon, Illinois. Miller spokesman Isaiah Wartman tells The Associated Press that the congresswoman misspoke and had intended to say the decision was a victory for the “right to life." Miller is running in the state’s newly redrawn 15th Congressional District with Trump's support. The GOP primary is next Tuesday.

The Arizona Senate’s ethics committee's attorney has submitted a report to the full Senate on a probe of a Republican lawmaker’s online comments that appeared to blame the federal government for a supermarket massacre in Buffalo, New York. The report reaches no conclusions on whether Sen. Wendy Rogers’ comment broke Senate rules. It will be up to the full Senate to decide whether the Flagstaff lawmaker's comment merits discipline. Rogers tweeted: “Fed boy summer has started in Buffalo” as news broke about the May 14 mass shooting in Buffalo. Many thought Rogers was saying the federal government was behind the attack. She denied that was her intent.

The House has sent President Joe Biden the most wide-ranging gun violence bill Congress has passed in decades. The bill that passed the House on Friday is a measured compromise that at once illustrates progress on the long-intractable issue and the deep-seated partisan divide that persists. The Democratic-led chamber approved the election-year legislation with every Democrat and 14 Republicans voting yes. That caps a spurt of action prompted by voters’ revulsion over last month’s mass shootings in New York and Texas. The Senate approved it earlier by a bipartisan 65-33 margin, with 15 Republicans joining all Democrats. The White House says Biden will sign the bill Saturday morning.

Senator in 2010 deposition: 13-year-olds can consent to sex

U.S. Sen. James Lankford of Oklahoma testified as part of a civil case into an alleged sexual assault at the Baptist church camp he oversaw that he believed a 13-year-old can consent to sex. The Associated Press obtained a copy of Lankford’s deposition from 2010, before he'd joined Congress. A 13-year-old girl's family sued a 15-year-old boy who was alleged to have had sex with her at the camp, and also sued the camp’s owner and operator. Lankford isn’t alleged to have had any knowledge of the assault and wasn’t accused of any wrongdoing. Oklahoma's age of consent is 16. There’s no provision in state law under which a 13-year-old could consent to sex. A Lankford reelection campaign spokeswoman declined comment.

Deaths rise to 23 from mass attempt to enter Spanish enclave

Moroccan state media are reporting that the number of people who were killed after they tried to scale a border fence between Morocco and a Spanish enclave in North Africa has risen to 23. Human rights organizations in Spain and Morocco called on both countries to investigate the circumstances surrounding the deaths. Moroccan authorities said the individuals died as a result of a “stampede” of people who attempted Friday to climb the iron fence that separates the city of Melilla and Morocco. The ministry initially reported five deaths. Local authorities cited by Morocco’s official Television 2M updated the number to 18 and then 23 on Saturday. The Moroccan Human Rights Association reported 27 dead.

The Supreme Court has made it easier for certain prison inmates to seek shorter sentences under a bipartisan 2018 federal law aimed at reducing racial disparities in prison terms for cocaine crimes. The justices ruled 5-4 that trial judges who are asked to resentence inmates may look at a wide range of factors, including some that have nothing to do with crack cocaine offenses that had produced longer stints in prison, disproportionately for people of color. The high court on Monday settled a disagreement among the nation’s appellate courts over what judges should do in these cases.

Republican Sen. Rick Scott of Florida is criticizing the Texas GOP's new party platform for not being “inclusive” when it described homosexuality as “an abnormal lifestyle choice.” Scott, the chair of the GOP's Senate elections committees, weighed in on the issue just days after GOP delegates in the country's largest red state approved the new platform. The platform also falsely claims that President Joe Biden is the “acting” commander-in-chief and that he was “not legitimately elected.” Scott says his experience is that “the Republican Party is inclusive,” and he says he “wouldn't have supported” the homophobic language in the platform.

No reruns: Committee tries new approach to break through

Many observers expected the Jan. 6 committee hearings would be nothing more than reruns, but they've proven much more. They've revealed a storyteller's eye, with focus and clarity, an understanding of how news is digested these days and strong character development. The Republican House leadership's decision to walk away from the examination into former President Donald Trump's effort to stay in office essentially allowed the committee to structure it the way it wanted. The committee has kept a tight grip on the message, and the myriad ways that it is delivered after the hearings are concluded each day.

Russia has shattered weeks of relative calm in Ukraine's capital with a missile attack as Western leaders meeting in Europe prepared to reaffirm their support for Ukraine and condemnation of Russia. President Volodymr Zelenskyy said a 37-year-old man was killed and his daughter and wife injured when missiles hit an apartment building. A railroad worker was also reported killed. Kyiv's mayor speculated the airstrikes were “a symbolic attack” before a NATO summit starting Tuesday. A former U.S. commander in Europe said they also were a signal to Group of Seven leaders meeting Sunday. The Ukrainian air force says planes launched the missiles from over the Caspian Sea, more than 1,500 kilometers (932 miles) away.

FILE - California Attorney General Rob Bonta speaks at a news conference at the Capitol in Sacramento, Calif., on Feb. 23, 2022. Republican Nathan Hochman will battle California’s Democratic attorney general in the November general election. Figures released Thursday, June 22, 2022 show that Hochman got 18% of the vote in the June 7 primary. Bonta won 54.8% and three other contenders were way behind.

FILE - Attorney Nathan Hochman is seen outside federal court in Los Angeles Friday, May, 12, 2017. Republican Nathan Hochman will battle California’s Democratic attorney general in the November general election. Figures released Thursday, June 22, 2022 show that Hochman got 18% of the vote in the June 7 primary. Bonta won 54.8% and three other contenders were way behind.