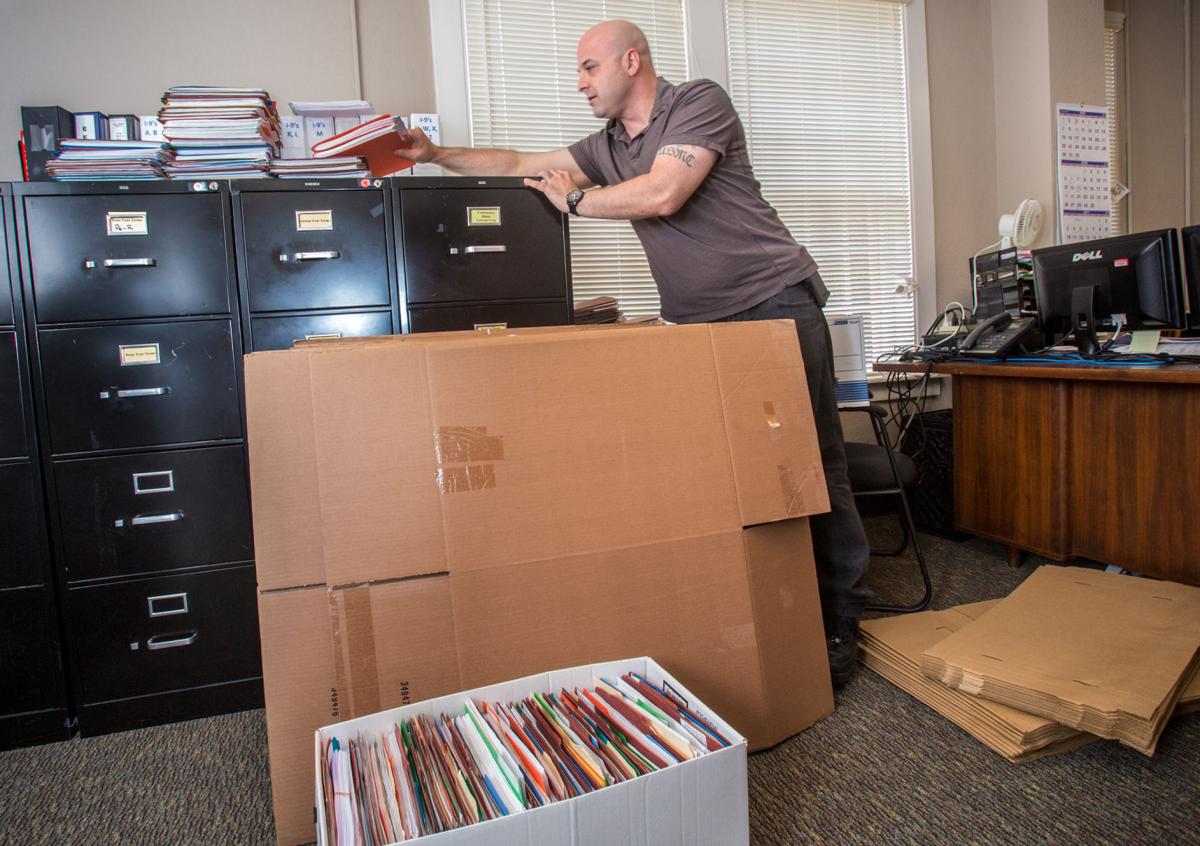 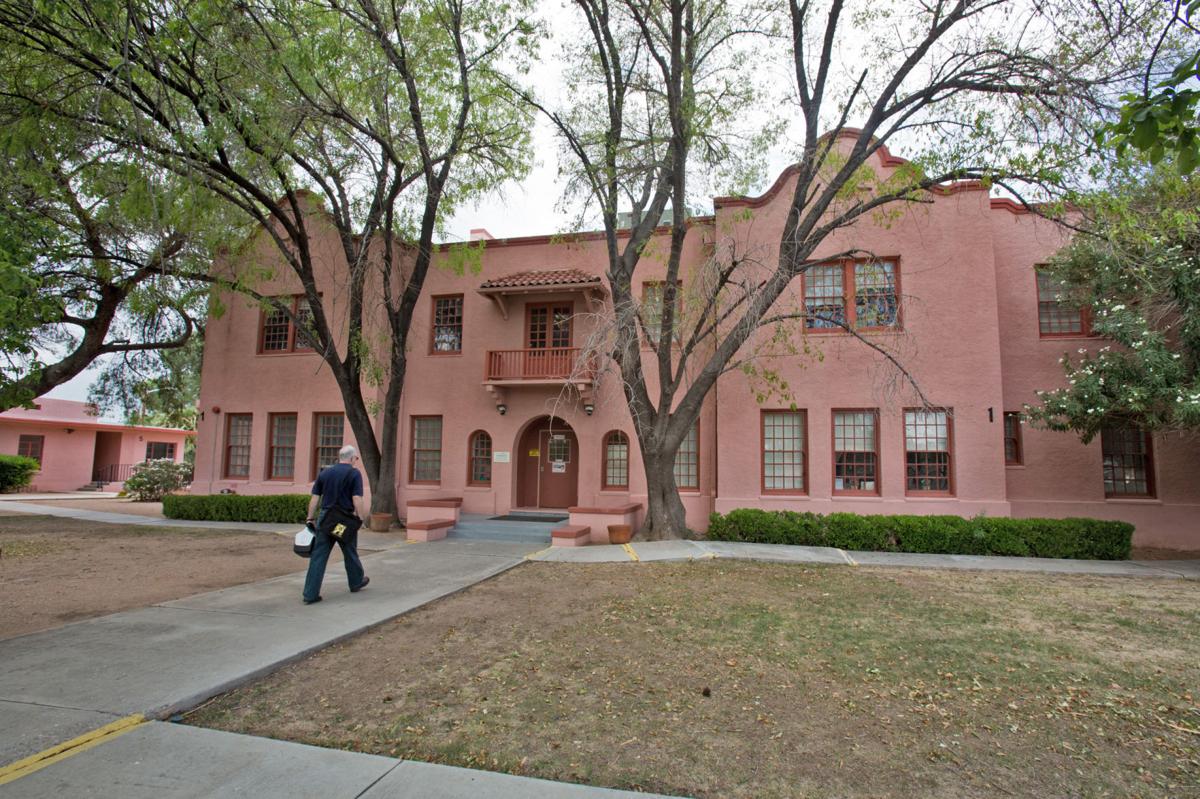 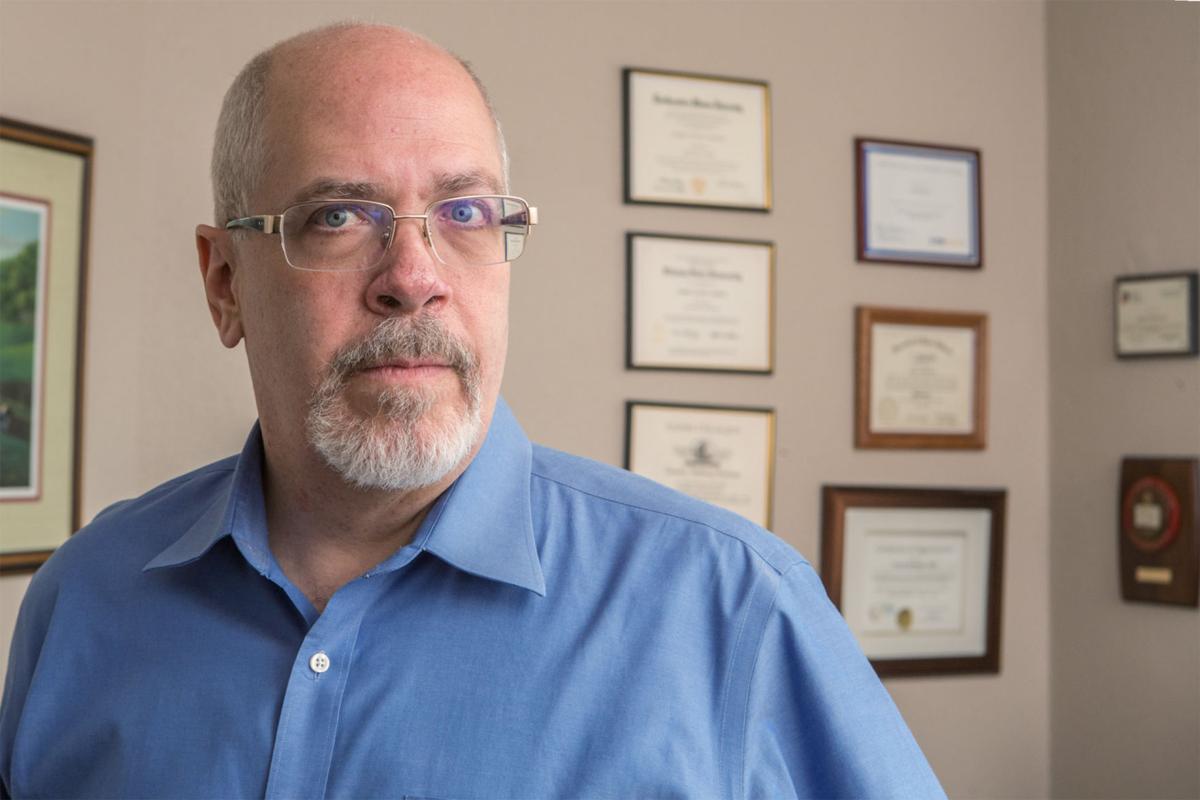 A Tucson nonprofit that provides behavioral-health care and substance-abuse treatment will close its doors this week due to mounting financial pressures, the company’s CEO said.

Pasadera Behavioral Health Network will transfer all of its services — and many of its employees — to Mesa-based Community Bridges Inc., and other providers. Patients shouldn’t see any interruption in their services, said Chuck Burbank, Pasadera’s CEO.

“It’s a situation we’re trying to make the best of,” he said. “I’m very proud of the fact that we’ve had a very successful transition of our services.”

Pasadera’s closure was the result of various fiscal challenges, including a legal battle with the city of South Tucson and reductions in reimbursements from insurer Cenpatico Integrated Care, Burbank said.

Cenpatico is a for-profit subsidiary of publicly traded Centene Corp., based in St. Louis. Centene is the nation’s largest Medicaid managed-care organization after its $6 billion acquisition of insurer Health Net, according to Forbes.

Cenpatico decided last year to stop funding Pasadera’s crisis center on Dodge Boulevard, which made up one-fifth of the nonprofit’s business, Burbank said. Pasadera tried unsuccessfully to reinvent it as an outpatient center but couldn’t generate enough business. Most outpatient clients were transferred to Yuma-based Community Health Associates, another provider that contracts heavily with Cenpatico.

Then, earlier this year, Cenpatico asked Community Bridges to bring its crisis response services into Pima County, which would have cut into even more of Pasadera’s business, Burbank said.

Cenpatico spokeswoman Maribel Barrios-Quezada said in an email that Cenpatico “believes in the concept of voice and choice for our members.

“Accordingly, Cenpatico IC is pleased to build upon partnerships with existing providers, as well as continually introducing new providers into our network,” she wrote.

She didn’t specifically address questions about the reasons for Pasadera’s closure.

Pasadera, which served 10,000 to 15,000 clients per year, was already experiencing financial problems related to a legal dispute with the city of South Tucson over a drug treatment center it intended to open.

Pasadera attorneys argued that, before the agency purchased and renovated the property at 2700 S. Eighth Ave., city leaders OK’d the agency’s plan to offer residential services there. The reversal left Pasadera stretched thin, unable to fully use its facility or close its other residential facilities.

Pasadera would have needed an extraordinary turnaround to survive in the competitive landscape under Cenpatico, said Bob Mohelnitzky, a Pasadera board member.

“I compared it to jumping off a cliff with the idea that you’ll build an airplane on the way down,” he said. “We didn’t get the plane built.”

Some Cenpatico policies made even tougher for Pasadera, said Clarke Romans, executive director of the National Alliance on Mental Illness, or NAMI, in Southern Arizona.

Unlike how the system worked under Pima County’s previous regional behavioral-health agency, Cenpatico does not allow its contracted agencies to subcontract with other providers for services — would-be subcontractors must contract directly with Cenpatico, Romans said. That means other Tucson agencies couldn’t direct client flow to Pasadera to help it compete with new providers here, he said.

Romans said that, during monthly meetings with providers, Cenpatico officials have told agency leaders, “We’re not responsible for your business’s viability. Here’s the criteria — meet it or not.”

But Cenpatico has sway over whether providers survive or struggle, he said. For example, NurseWise — which, like Cenpatico, is a subsidiary of Centene — now handles the region’s 24-hour mental-health crisis phone line, which directs patients to services, Romans said.

Pasadera wasn’t always able to meet production quotas set by Cenpatico, resulting in the loss of a month’s reimbursements this winter.

Cenpatico gives providers monthly upfront “block payments” based on how much agencies expect to bill for their services. Cenpatico CEO Terry Stevens said in February that agencies that didn’t bill for at least 75 percent of their monthly allocation wouldn’t get their block payment for a month.

This summer, Cenpatico retroactively cut Pasadera’s contract by one-third during widespread contract reductions, based on whether agencies were meeting billing expectations. The Star reported on those cuts in June.

Burbank said Community Health Associates and Community Bridges were eager to hire Pasadera staffers who are losing their jobs. Of Pasadera’s 300 employees, about 90 percent have found work with one of the two agencies, he said.

Compass, previously known as Gateway, was “truly one of the founding organizations of the local behavioral-health system,” said Tom Donovan, CEO of Cope Community Services, which also contracts with Cenpatico. “Seeing this fine organization go out of business is sad and a tremendous loss to the community.”

In October, Cenpatico took over the $612 million contract with the state’s Medicaid program, AHCCCS, to administer behavioral-health care coverage for low-income Southern Arizonans. Under a new “integrated” care model, patients with serious mental illness also get their physical-health care covered by Cenpatico, one of three regional behavioral-health authorities — or RBHAs — that contract with the state.

Cenpatico has handled contracts for the Arizona Health Care Cost Containment System since 2005. Since its arrival in the eight-county Southern Arizona region, behavioral-health providers have struggled to meet the insurer’s financial standards and stringent reporting requirements. Cenpatico replaced the Tucson-based nonprofit Community Partnership of Southern Arizona, which had been Pima County’s regional behavioral-health agency for 20 years.

Romans, of the National Alliance on Mental Illness Southern Arizona, said at first he was inspired by Cenpatico’s ambitious goals to improve health for people with mental illness. But he now worries those goals aren’t realistic with so many providers struggling.

“With all the slicing and dicing, I’m not seeing exactly how these goals are going to be achieved,” he said.

At least two other behavioral-health agencies in Arizona dramatically reduced services after Cenpatico entered their market, including The Excel Group in Yuma and Benson-based Southeastern Arizona Behavioral Health Services, known as SEABHS.

After Cenpatico won the Southeastern Arizona RHRA contract in 2010, SEABHS went from receiving $35 million from former RBHA Community Partnership of Southern Arizona to about $7.9 million from Cenpatico, its 990 tax reports show.

Cenpatico brought in providers from other parts of the state who cut into SEABHS’ market share, a move that coincided with state reductions in behavioral-health funding, the Star reported in a 2011 story. The agency had other problems as well: The Star’s 2011 story noted questionable financial practices such as purchasing expensive cars for some officials and a $150,000 personal loan to the then-CEO.

Between 2010 and 2011, SEABHS’ workforce dropped by 60 percent, from 435 to 170. The agency did not respond to requests for comment or for its current employment level.

The Excel Group held the RBHA contract for Yuma and La Paz counties until 2005, when Cenpatico took it over and Excel became one of its subcontracted providers. Excel relied on Cenpatico for 75 percent of its funding — about $14 million annually — when in 2009, Cenpatico opted not to renew the agency’s contract, the Yuma Sun reported.

At the time, the agency employed 500 people and served about 3,000 patients. Soon after, Excel cut its workforce and stopped providing behavioral-health care, instead focusing on employment services and housing for people with mental illness.

Pasadera’s closure “has sent some fear through the system,” said Bradley, who has worked in behavioral health for 20 years. He plans to bring up his constituents’ concerns during a planned September meeting between state legislators and Cenpatico officials. Cenpatico extended the invitation to meet, he said.

Cenpatico will soon be renegotiating its one-year contracts with its providers. Last year, providers had to decide whether to sign the contracts before they got any details on reimbursement rates, Romans said. Most providers had little choice but to sign if they wanted to maintain the bulk of their business, he said.

“It’s either take a gamble, or you’re out,” he said. “Cenpatico has the financial power and business relationships to pretty much replace anybody here. Cenpatico is perfectly capable of putting much bigger entities out of business, by just not contracting with them.”

Where are Pasadera's programs going?

Among Pasadera's services that are being transferred to new providers:

* Pasadera's 10 mobile crisis teams, which work with law enforcement to respond to behavioral health crises, will be divided between Community Bridges and Community Health Associates, or CHA.

Here is Cenpatico's full statement, in response to the Star's questions about Pasadera's closure:

"Cenpatico IC offers a large network of both behavioral and physical health providers across southern Arizona serving families eligible for AHCCCS as well as individuals eligible for state-only programs and block grant programs. Cenpatico IC offers whole person health care, providing both medical and behavioral health services to people who have been designated as having a serious mental illness (SMI designation).

Cenpatico IC is dedicated to providing quality health care for its members; it is of utmost importance to listen to the needs of our members and what is important to them. Having a choice of health care provider is one of the most important issues for our members and their families. Cenpatico IC believes in the concept of voice and choice for our members. Accordingly, Cenpatico IC is pleased to build upon partnerships with existing providers as well as continually introducing new providers into our network.

Cenpatico IC is committed to ensuring all of its members across Southern Arizona have access to the services they need. This includes offering the support that providers require to best serve Cenpatico IC members, whether that is technical assistance or key tools to help providers generate data driven outcomes. Provider satisfaction is critical and Cenpatico IC looks forward to building greater collaboration with the provider community to achieve the common goal of improving the health outcomes of our members.

It is Cenpatico IC’s commitment and priority to ensure provider agencies excel and it is our goal to offer members voice and choice. As provider agencies decide what is best for their business in order to effectively meet the changing healthcare environment and needs of our populations, Cenpatico IC continues providing quality services while ensuring access to care for our members remains uninterrupted."

Jesus Greer was arrested in March on open container and littering charges.

Company's CEO will answer questions this month in Tucson, South Tucson and Marana.

Head of Cenpatico acknowledges the transition into Pima County has been rocky.

Complaint filed in Pima County Superior Court says Marana home wasn't hooked up to sewer when it was built in 1999.

Cenpatico CEO to step down this week

The subsidiary of insurance giant Centene Corp. took over the behavioral-health contract for the eight-county Southern Arizona region in October 2015.

Some agencies have seen their reimbursement rates cut in half.

Attorneys for kids in juvenile court say such denials are getting more frequent.

In an effort to survive anticipated payment cuts, and an impending major transformation of the Medicaid system in Arizona, two more Tucson hum…