Street Smarts: Outlaw 'Curly' Bill a nemesis of Wyatt Earp
Share this
1 of 2 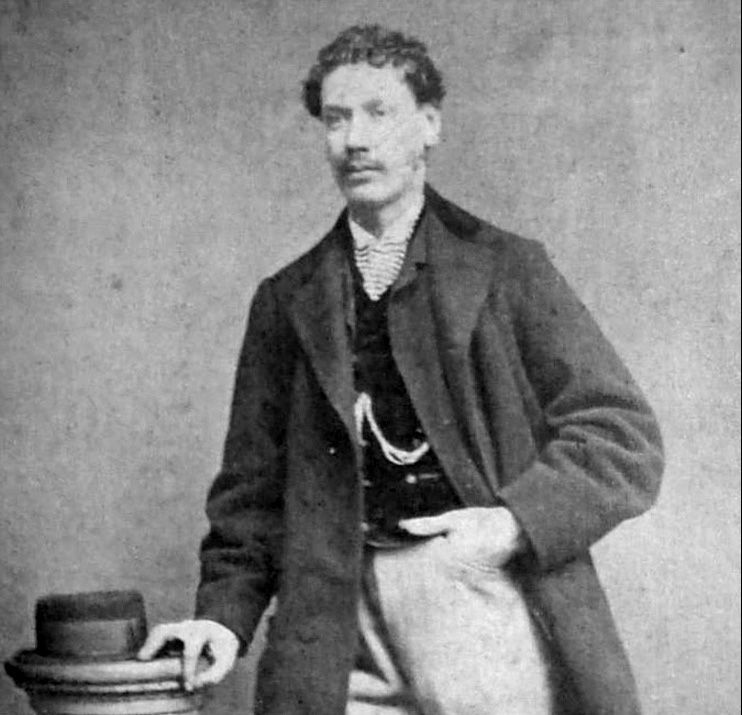 A photo believed to be of “Curly” Bill Brocius.

Not much seems to be known for sure about the man known as “Curly” Bill Brocius, whose name is misspelled on Brosius Avenue on Tucson’s southeast side in an area that could be called Lawman and Outlaw Square.

Brocius was born as William C. Brocius, William Graham or William Bresnaham. His birth year is unknown but might have been 1845 or 1857 and the location was likely either Missouri or Texas.

By the 1870s, he was on the run from the law in Texas and may have been involved in the El Paso Salt War (also known as the Salt War of San Elizario), a feud over the salt deposits at the foot of Guadalupe Peak, 100 miles east of El Paso.

In May 1878, he and another desperado were involved in an ambush of a military wagon heading from El Paso to Mesilla, New Mexico Territory. The attack left at least one soldier dead and the pair racing across the border into Paseo del Norte (now Ciudad Juarez). They were soon captured and convicted of the crime, but Brocius escaped from jail.

He arrived in the Arizona Territory within a couple of years with a herd of cattle that was intended for the San Carlos Apache Indian Reservation. Soon he found himself working as a cowhand for different ranches in the southeastern part of the territory and possibly in the neighboring New Mexico Territory.

He gained employment with brothers Frank and Tom McLaury in the Tombstone area and is supposed to have run with N.H. “Old Man” Clanton and his sons Billy, Ike and Phin in the family’s rustling and smuggling operations along the U.S.-Mexico border, which were a common practice at the time. All were members of a loosely associated group of outlaws named The Cowboys.

When Wyatt Earp and his brothers arrived in Tombstone, conflict was inevitable. The Earps were Republicans and northerners, while The Cowboys, who also included Johnny Ringo and “Buckskin” Frank Leslie (namesake of Tucson’s Leslie Avenue), were predominantly Democrats and southerners.

In October 1880, Tombstone Marshal Fred White, on his way to arrest a group of rowdy individuals, requested backup from lawmen Wyatt and Virgil Earp. When White attempted to confiscate Brocius’ gun, it discharged and White was shot. Deputy Sheriff Wyatt Earp struck Brocius on the head and took him to jail.

The case was moved to Tucson for the safety of Brocius, who was being represented by a Tucson attorney named Haynes (probably John Haynes). Even though the dying marshal stated the shooting had been an accident and Brocius was cleared of the event, some say the incident was the origin of the bad blood between the Earps and The Cowboys.

The following year, Brocius was shot in the neck by a Jim or Jake Wallace at Galeyville, Arizona Territory, but is believed to have quickly recovered. In October of that year, he was spotted at the McLaury ranch.

What happened to him after that is conjecture, but the most common story is the following: The Earp brothers believed that Curly Bill was involved in an attack that left Virgil Earp crippled for the remainder of his life and Morgan Earp dead. As a result, Wyatt Earp gunned down Brocius in the spring of 1882 at Iron Springs in the Whetstone Mountains.

Other stories of what became of him include living out the rest of his life in Montana, while another report was that he eventually returned to Texas to run a livery barn with a brother and lived into the 1890s.

Brosius Avenue, along with the Los Ranchitos subdivision, were recorded by early pioneer and land surveyor Phil Contzen in 1941.

The whole area has streets named for lawmen and outlaws, including Masterson Avenue (Bat Masterson), Bonney Avenue (William “Billy the Kid” Bonney) and Earp Boulevard, among others.

David Leighton is a historian and author of the book “The History of the Hughes Missile Plant in Tucson, 1947-1960.” If you have a street to suggest or a story to share, contact him at Streetsmarts@tucson.com

If approved, the override would funnel approximately $9.5 million into the district in the first year.

A photo believed to be of “Curly” Bill Brocius.