The home of E.J. Meyer was featured in the Tucson Citizen in 1958. The family members did a lot of the work on the home themselves. 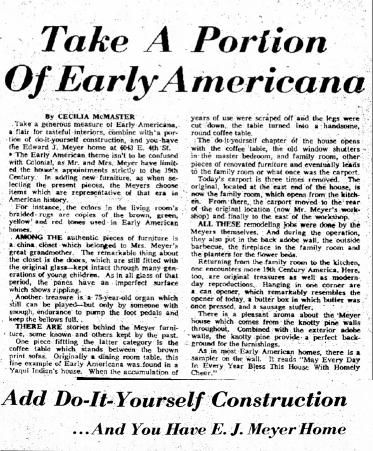 Related to this collection

The home of Mrs. Charles Patterson was photographed for the Tucson Citizen Around Your Home section in 1958.