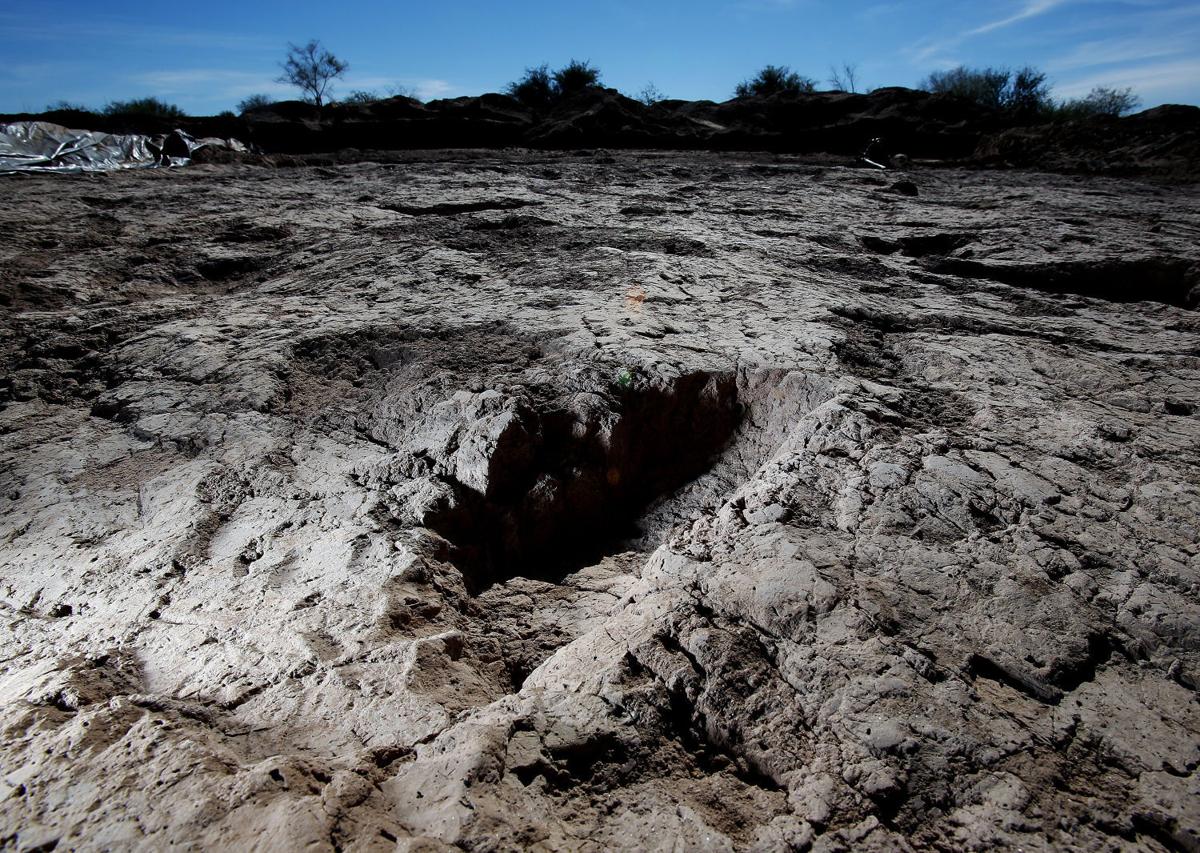 This is one of several adult footprints that were uncovered, along with evidence of prehistoric agriculture, during preparatory work for the Sunset Road bridge improvement project near Interstate 10. The prints were found about two weeks ago. 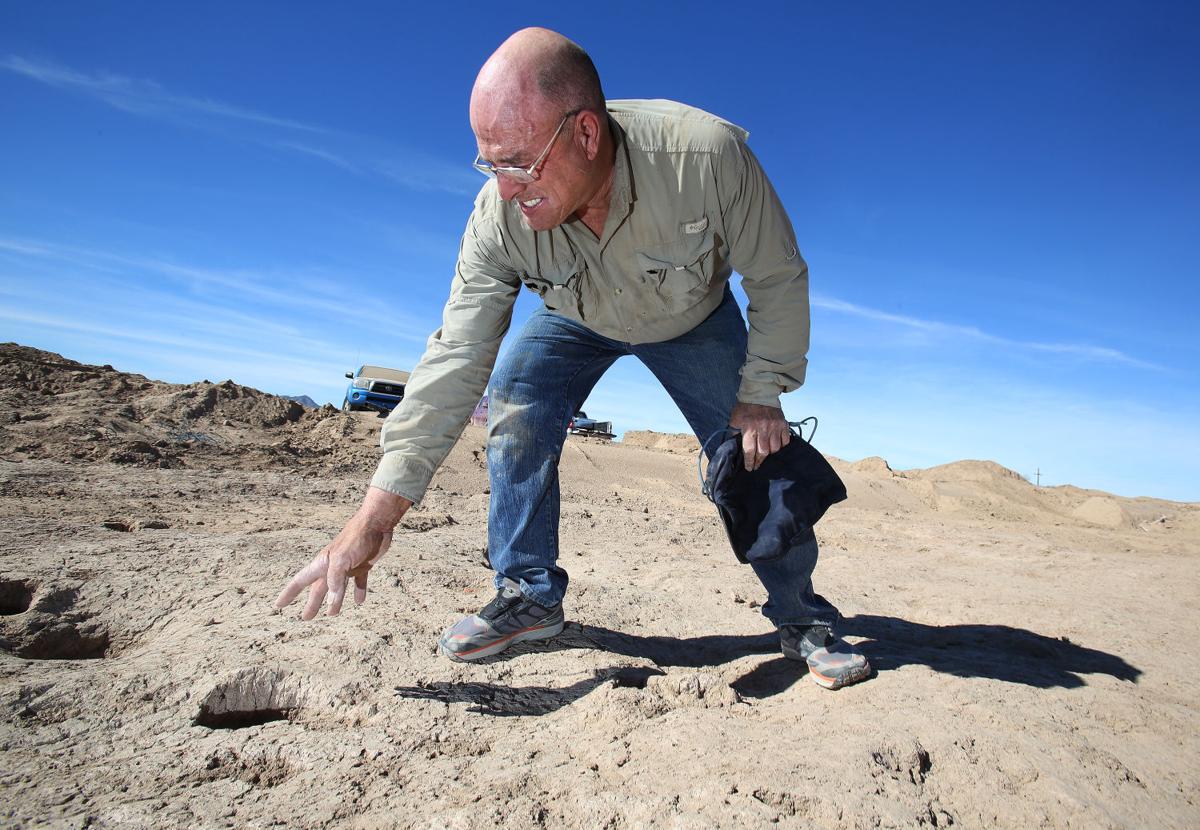 Dan Arnit, owner of Innovative Excavating Inc., shows some of the prehistoric footprints he uncovered during preparations for the Sunset Road bridge project. It’s estimated that the footprints are more than 2,500 years old. 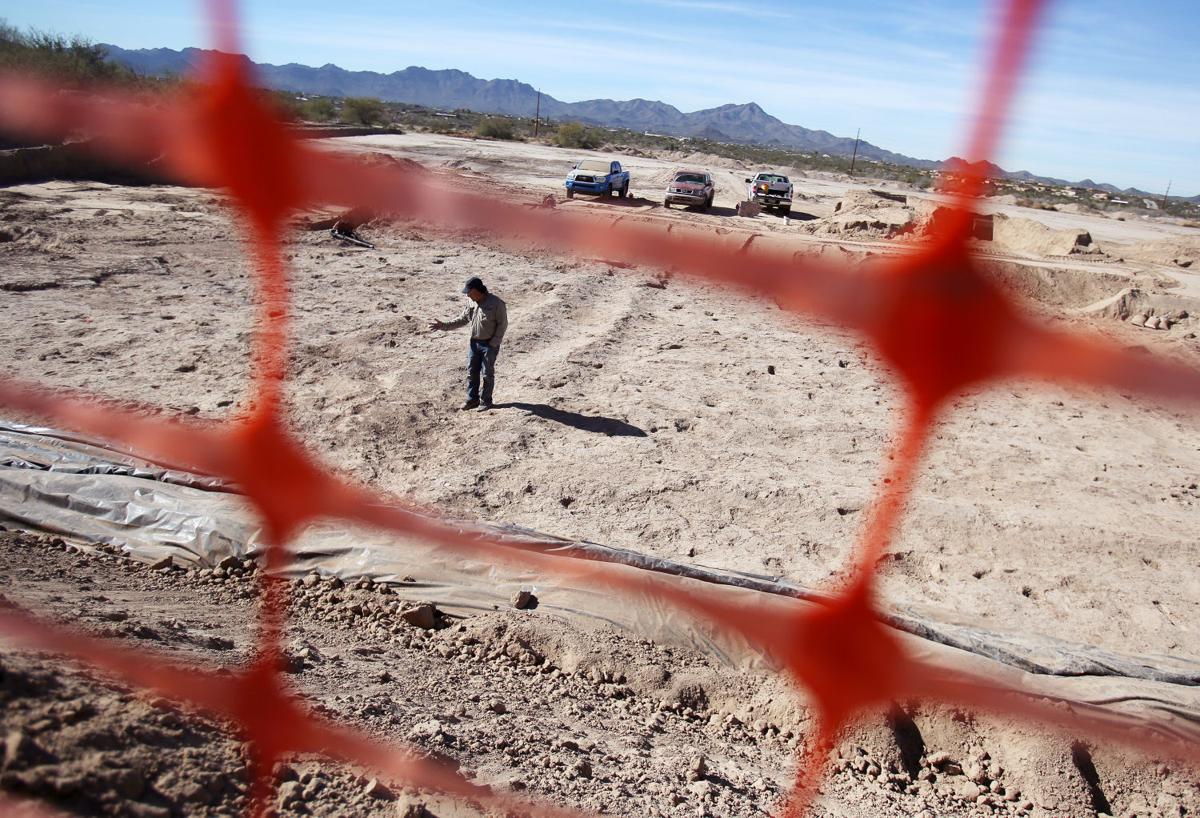 The area where the footprints were found was an agricultural site, fed by water from the Rillito River, which has changed course over the centuries and was once much closer.

A worker excavating the planned site of a bridge and new interstate connection on the northwest side has unearthed an archaeological find that is believed to date back more than 2,500 years.

Dan Arnit of Innovative Excavating was working at the site of the planned Sunset Road connection to Silverbell Road just west of Interstate 10 when he came across something startling — prehistoric human footprints, possibly the oldest set found north of Mexico in the Southwest.

“I saw what looked like a heel,” he said.

Arnit found the footprints stamped into the mud of an ancient irrigated field, dried solid and covered with sediment some 2,500 to 3,000 years ago.

He started to gently scratch away at the sand and dirt, slowly revealing the impression of a heel, then toes and finally a complete set of human footprints. “The closer I came to the toe I started shaking,” he said.

Further excavation has revealed several sets of footprints, both of adults and children, and even of what researchers believe are those of a domesticated canine.

The discovery of footprints represents a first for archaeology in the region.

It was certainly a first for Arnit in his 30 years of archaeological excavation.

For Pima County Department of Transportation project manager Jason Bahe, the find represents a personal link to the past for him and his family.

Bahe, a Native American of Navajo descent, said he brought his daughter to see the area and to view the footprints.

“She made the connection with her ancestors,” Bahe said. “It helped her connect to her past.”

The existence of Native American settlements along the Santa Cruz River, dating back as far or even farther than the recent discovery, has been known for some time.

A major excavation was done in 2009 at the site of the Ina Road Wastewater Treatment Plant, where a network of hand-dug canals were found along with remnants of pit houses and cooking pits.

The recent discovery differs from the Ina Road find, however, because the fields were actually fed by the Rillito River and not the Santa Cruz.

“This is a perfect place for irrigation agriculture,” said Ian Milliken, an archaeologist and program coordinator with Pima County.

Workers at the site have exposed two field cells and a pair of parallel channels that fed the fields with water. There are also signs of what Milliken called a “mud plug” or earthen barrier used to stop or redirect the flows coming from the river.

Milliken said past research has established that the Rillito’s course has shifted over the centuries, varying as much as a mile. So it’s likely the riverbank, today more than a half-mile away, was much closer to the field at the time.

The ancient civilization that lived here represents what archaeologists call the early agricultural period, a time even before people in the region had developed ceramics.

“It’s a transition era from a lifestyle defined by hunter-gatherers to a settling down,” said Jerome Hesse, with SWCA Environmental Consultants.

Exactly how the people here lived their lives or organized their society is unknown, but Hesse said they likely lived at least part of the year at this and other sites in the region, cultivating crops in irrigated fields.

The discoveries made at the site also show further evidence of a level of technological sophistication often thought not to have existed among Native American populations of this era.

The canals and channels evident at the site and others along the riverbanks show the people living here more than 2,000 years ago knew how to survive in their environment as they moved away from nomadic hunting into an era of large-scale, agricultural-focused settlement.

“They were brilliant engineers,” Milliken said.

While the entire area won’t be excavated, research could reveal seasonal variations in plantings, crop-rotation techniques and other irrigation schemes.

The work at the site is being done in accord with county regulations that require archaeological, environmental and historical analyses to be done.

Priscilla Cornelio, county transportation director, said the work would not delay the planned construction of the road and bridge over the Santa Cruz.

The location is west of Interstate 10 at the intersection of Sunset Road. Parking is available in a fenced parking lot located on the southwest corner of this intersection.

Access to the archaeological area requires a short walk over uneven terrain. Attendees are required to wear closed-toed shoes and are encouraged to wear sunscreen and hats and to bring water.

Before a new hotel is constructed in downtown Tucson, archaeologists found out what's been under the ground.

The UA Laboratory of Tree-Ring Research continues to mine its archive for scientific results.

Lively images of centuries gone by are etched into rocks near Tucson.

Signs on Tumamoc Hill appeal to our protective instincts

Idea is to turn hikers into advocates for biological preservation.

This is one of several adult footprints that were uncovered, along with evidence of prehistoric agriculture, during preparatory work for the Sunset Road bridge improvement project near Interstate 10. The prints were found about two weeks ago.

Dan Arnit, owner of Innovative Excavating Inc., shows some of the prehistoric footprints he uncovered during preparations for the Sunset Road bridge project. It’s estimated that the footprints are more than 2,500 years old.

The area where the footprints were found was an agricultural site, fed by water from the Rillito River, which has changed course over the centuries and was once much closer. 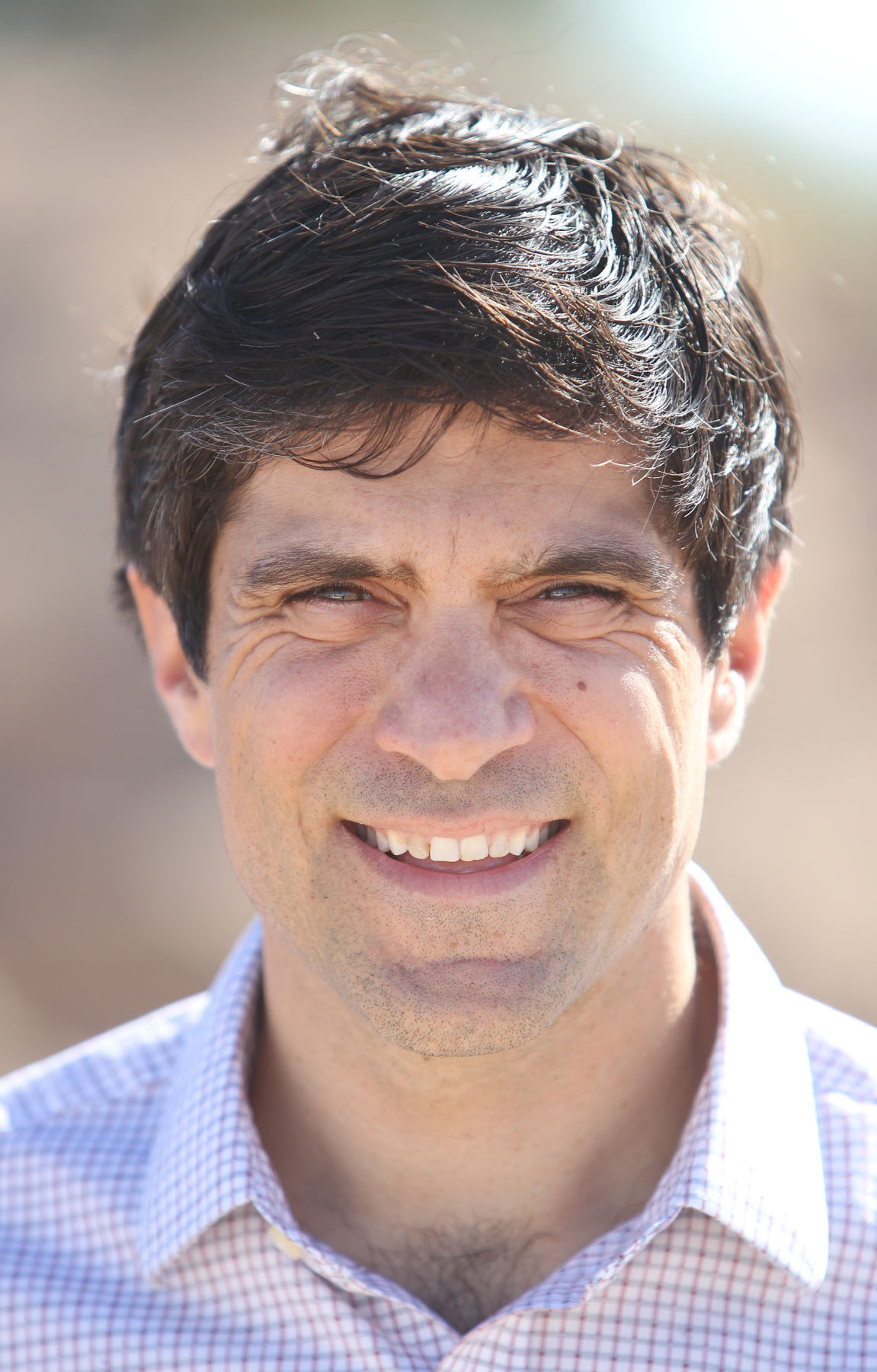 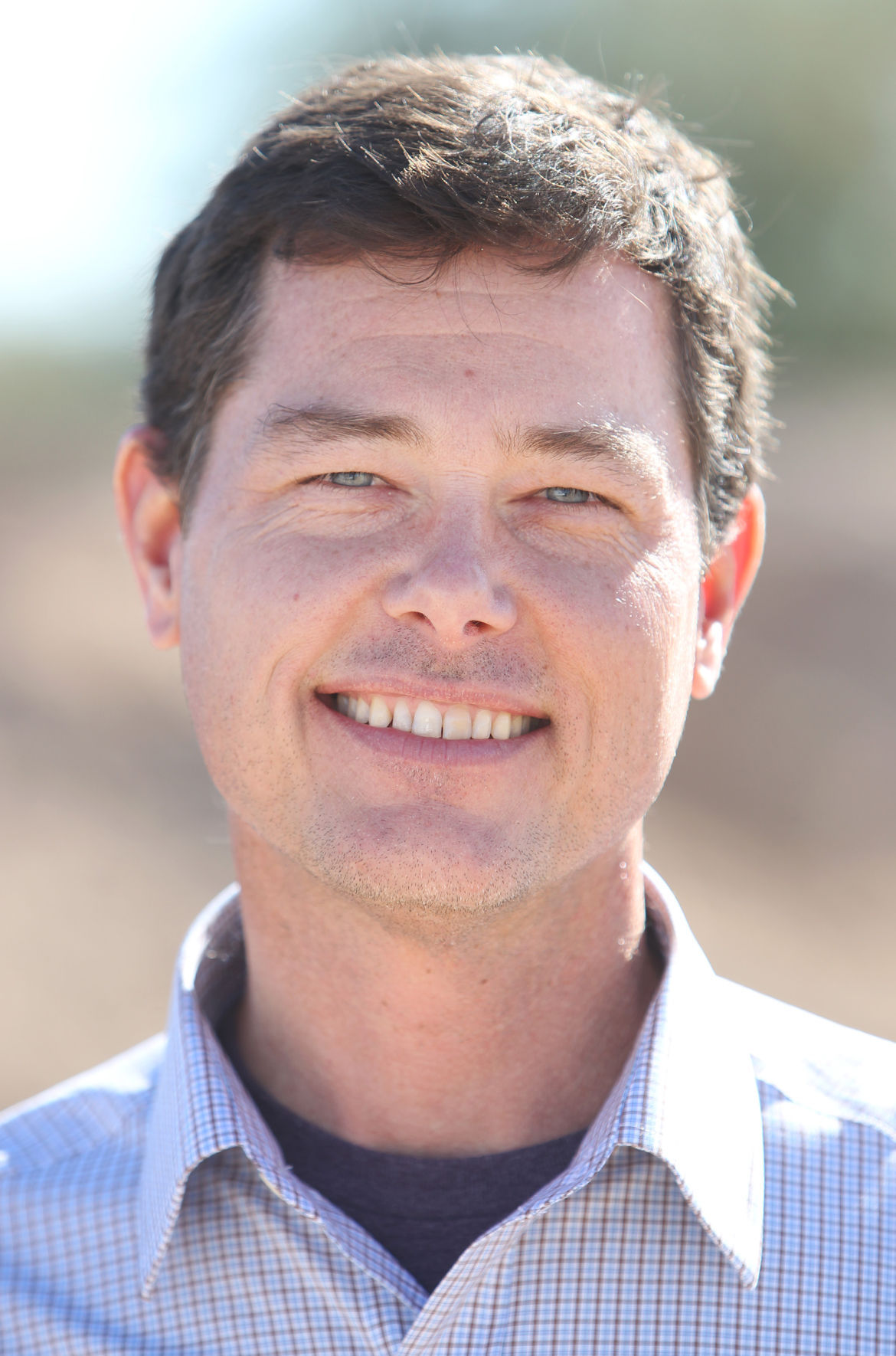