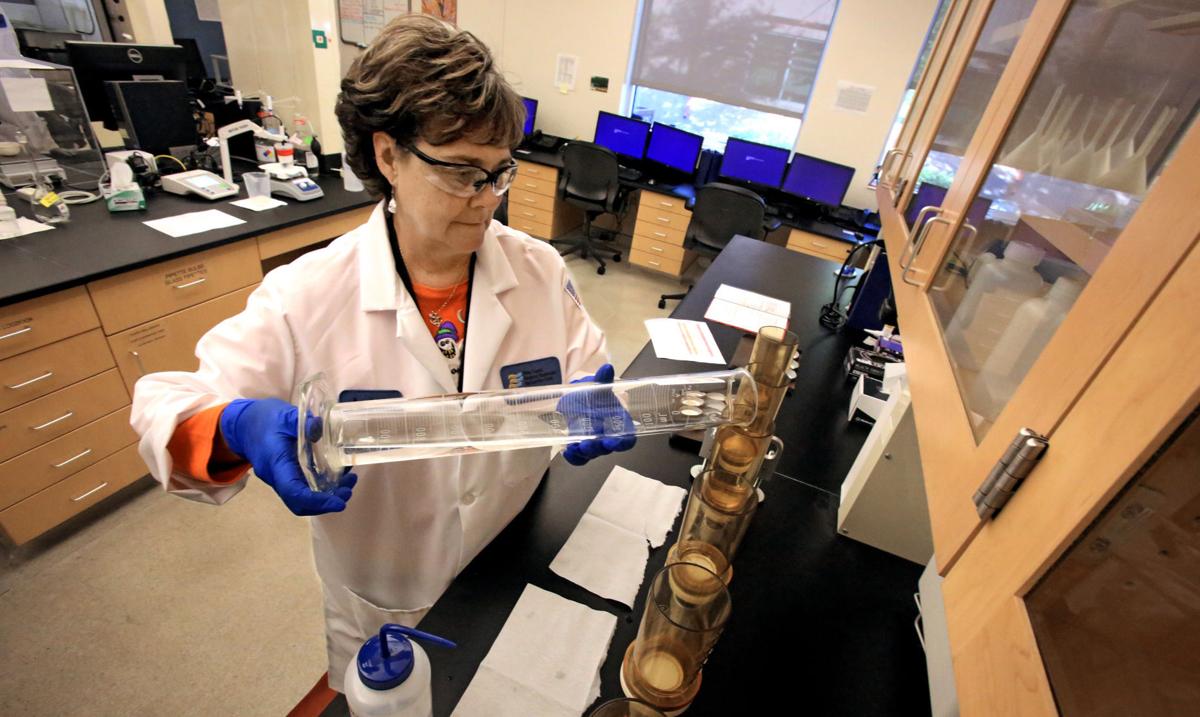 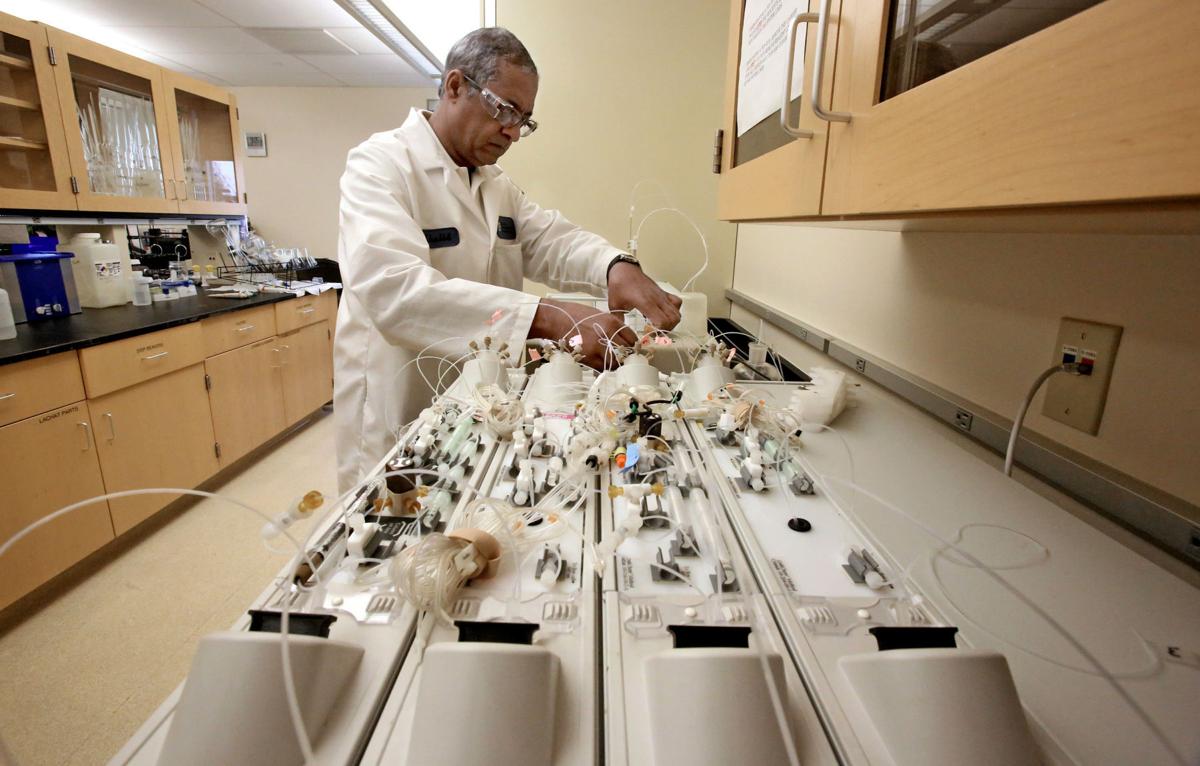 Khalid Tanbal uses a flow injection analyzer to test for cyanide, nitrites and other contaminants in reclaimed water at the Pima County Wastewater Treatment plant.

Something new will be brewing in Arizona next summer. The Southwest Water Campus has won a $250,000 grant to ease Arizonans into drinking reclaimed wastewater by first turning it into beer.

The group, which includes Tucson Water, the town of Marana, the University of Arizona, Carollo Engineers, CH2M, Clean Water Services and Water Reuse, was announced on Thursday as the winner of this year’s Water Innovation Challenge. Southwest Water Campus is a coalition of water utilities and service companies led by the Pima County Regional Wastewater Reclamation Department.

Five finalists pitched their water-sustainability projects to the selection committee in Phoenix , after which the Southwest Water Campus was chosen to receive the New Arizona Prize — a quarter of a million dollars to make its proposal a reality.

The group also won the $2,500 Audience Choice award and may also receive up to an additional $50,000 from the WaterNow Alliance.

The coalition’s idea aimed to tear down the stigma that surrounds potable reuse water, which is wastewater that has been cleaned and sanitized to be safe for drinking, by brewing beer with it.

The prize money will be used to rent a truck to haul water-treatment equipment across the state next summer. During the tour, the truck will stop at municipal water plants to treat water. Some of that water will be bottled and handed out to the public during information sessions, and another portion will be dropped off with craft breweries across the state.

At the end of the summer, the breweries will use that water to create and enter a special batch of beer in a statewide competition.

“We believed there were committed communities and groups of creative Arizonans and organizations with innovative ideas in various stages of development, that could be brought to fruition if the proper funding and support were available,” Steve Seleznow, president and CEO of the Arizona Community Foundation, said in a news release.

“The Pima County Regional Wastewater Reclamation Department has demonstrated exactly what all the partners hoped for with this challenge. Their collaborative, innovative plans hold great promise for the future of water in Pima County and statewide. We are pleased to be able to provide this catalytic funding, visibility and technical assistance to help make their vision of water sustainability a reality,” he added.

Elizabeth Eaton is a journalism student at the University of Arizona and a NASA Space Grant intern at the Arizona Daily Star.

How to overcome the 'yuck factor' of drinking treated wastewater? Turn it into beer

Project aims to help people get over their aversion to "toilet to tap."

Heather Enos cracked the field without the traditional degrees.

First he bought a telescope, then he built a backyard observatory

After a successful launch, key OSIRIS-REx scientist steps down.

City of Gastronomy honor is about more than food

The honor came to Tucson because of an interconnected food community

Khalid Tanbal uses a flow injection analyzer to test for cyanide, nitrites and other contaminants in reclaimed water at the Pima County Wastewater Treatment plant.