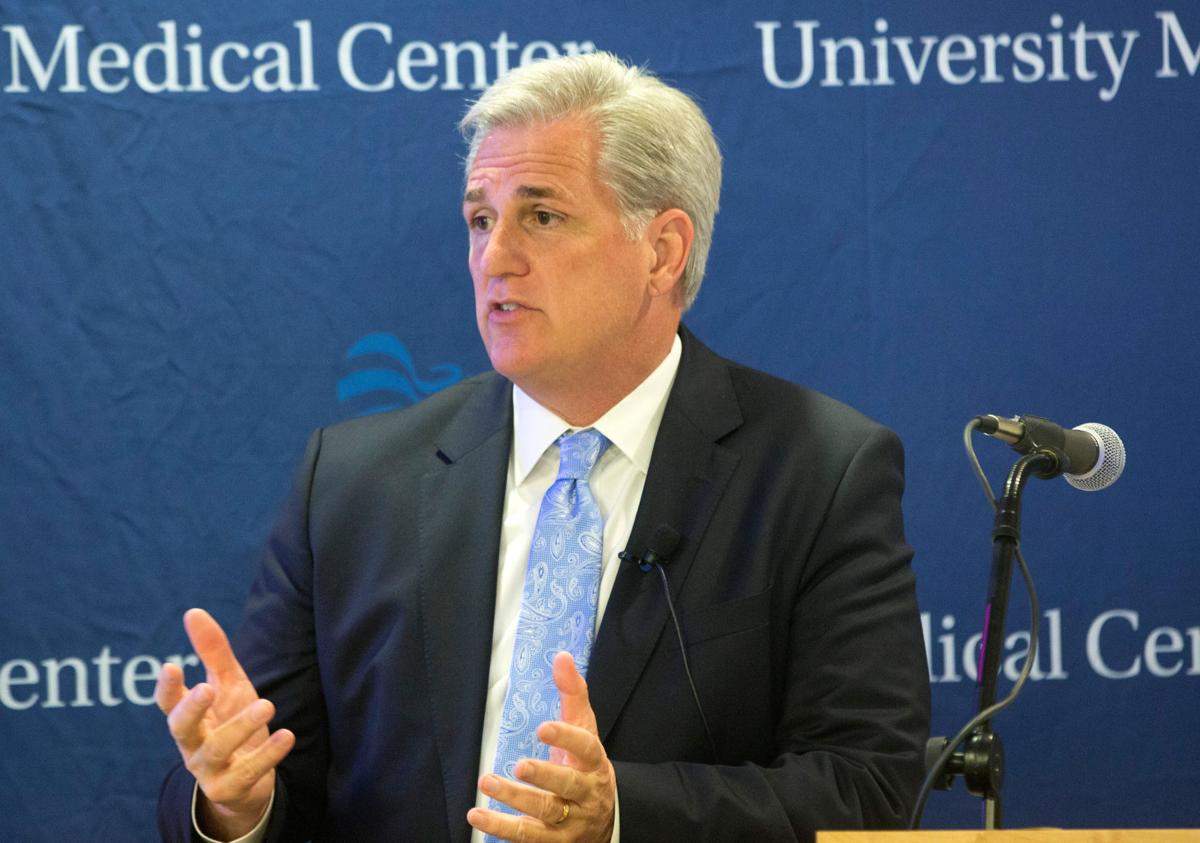 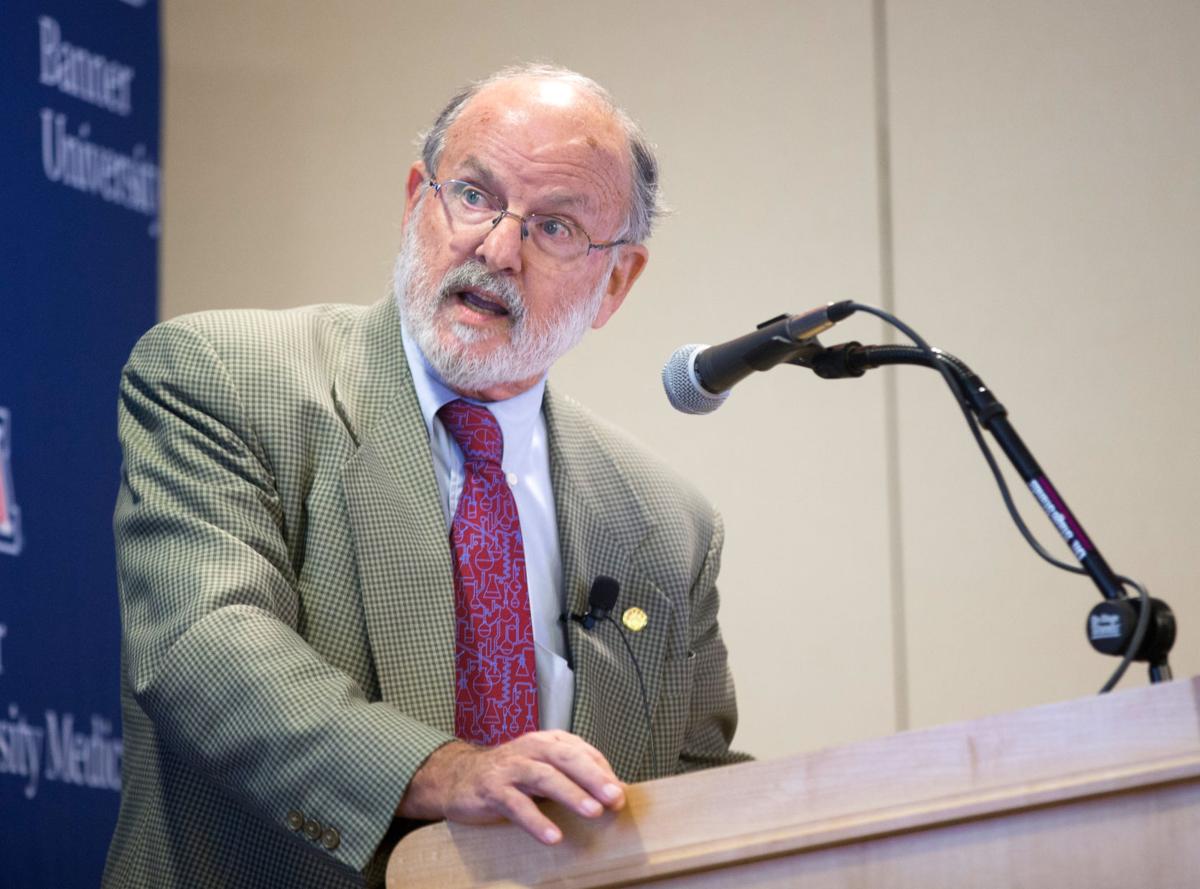 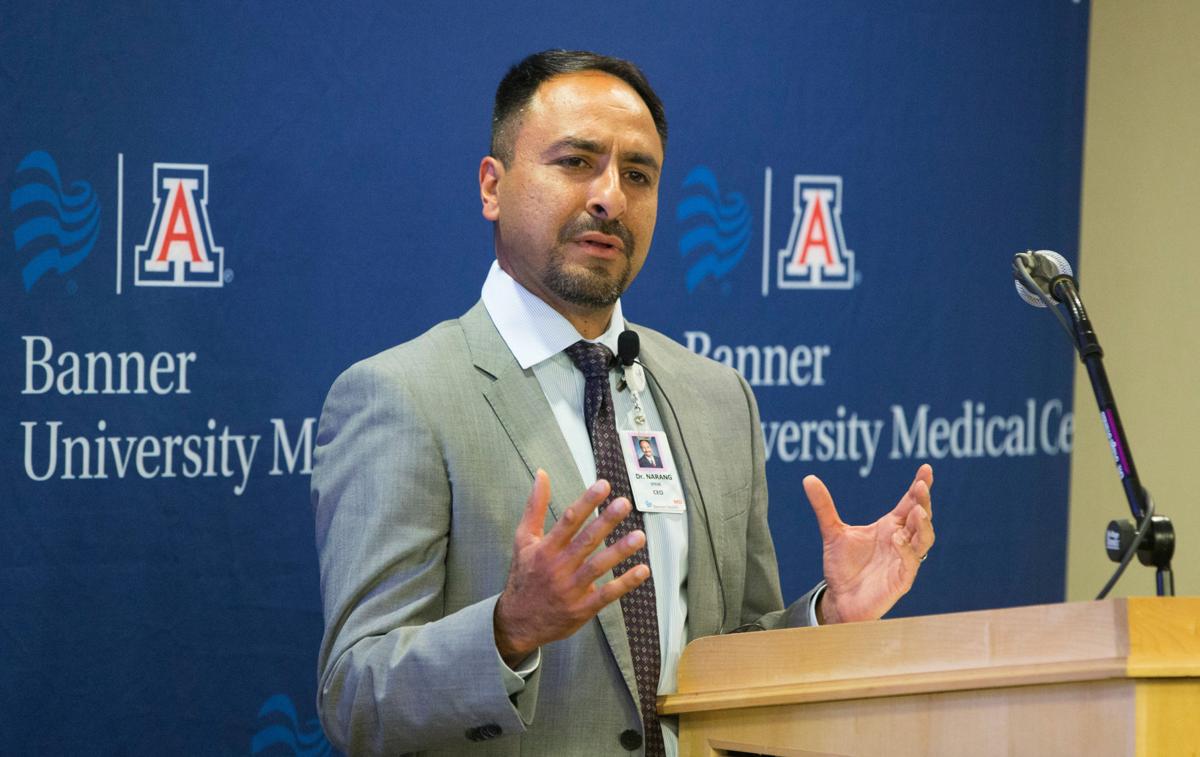 PHOENIX — The co-chairs of a congressional task force on combating valley fever say they’ve made major strides, though there’s still no prevention or cure for the potentially fatal respiratory illness.

Among those accomplishments is a randomized trial recently announced by the National Institutes of Health on the efficacy and safety of an anti-fungal treatment. One of the trial sites is in Tucson.

Federal officials say major goals of the trial are to improve the recognition and management of early onset valley fever and to enhance what advocates say is sorely needed community awareness.

The next step will be pushing to get a valley fever vaccine on the market, U.S. House Majority Leader Kevin McCarthy, R-Calif., told an audience of reporters and medical professionals at Banner-University Medical Center Phoenix on Monday. McCarthy, with Rep. David Schweikert, R-Ariz., is co-chair of the Congressional Valley Fever Task Force, created in 2013. Schweikert also spoke.

Valley fever is endemic to Southern Arizona. More than 7,000 cases of valley fever, also known as coccidioidomycosis, were reported in Arizona last year, but the disease remains underreported and misdiagnosed because it is so regional and the symptoms are similar to those of pneumonia. It takes inhaling just one coccidioides fungal spore to get valley fever.

“If you only think this is an occasional disease of the lungs, you don’t understand,” Schweikert said, describing the case of a young man he met who could barely sit up because valley fever had gone into his spine. “I had no idea before I got elected and we started digging into this.”

McCarthy and Schweikert were part of a valley fever symposium held in 2013 in Bakersfield, California, an area where valley fever is also endemic. They say that since that time, awareness among officials with the National Institutes of Health and the Centers for Disease Control and Prevention has increased, as has outreach to physicians.

The four U.S. counties with the highest number of valley fever cases are Kern County in California, which includes Bakersfield, and Maricopa, Pinal and Pima counties in Arizona.

The disease also has been found in Nevada, New Mexico, Texas and Utah, and in parts of Mexico, Central and South America.

Arizona accounts for two-thirds of all valley fever cases in the U.S.. In 2014 there were 42 deaths in Arizona attributed to valley fever, the most recent data available.

McCarthy and Schweikert also touted a $9.7 million two-year NIH grant to conduct a randomized trial to determine the safety and efficacy of the anti-fungal fluconazole in treating valley fever.

The grant money was awarded to Duke University, which is partnering with academic leaders and health systems in endemic areas, including the University of Arizona and Banner Health in Tucson and Kern Medical Center in Bakersfield.

The UA will receive about $1.9 million of the grant money over the next two years, said Dr. John Galgiani, director of the UA Valley Fever Center for Excellence.

There is no data on fluconazole and valley fever, he said. Fluconazole is used to treat the disease but it’s not a cure.

The study will run over 72 months and needs 1,000 adults with signs of pneumonia to participate. Half will receive fluconazole and the remainder will receive a placebo.

The Congressional Valley Fever Task Force is aimed at improving awareness, reducing the risk of misdiagnoses, and finding a viable cure.

Galgiani noted that the Arizona Medical Board gives out 1,000 new physician licenses per year, but many of those doctors either did not go to medical school or did not do their residency here. For that reason, they could fail to recognize valley fever, resulting in either a delayed or missed diagnosis.

People generally contract the illness by breathing in microscopic fungal spores from the air after the soil has been disrupted. Most people exposed to the fungus never have symptoms. But for a minority, the fungal spores can disseminate in the body and cause multiple and debilitating health problems.

McCarthy and Schweikert say they worked with a San Diego-based company and with the FDA to get a valley fever skin test back on the market.

“So many people in these pockets have been working on valley fever, but it has never been all put together,” McCarthy said. “I’m very excited about where we are today.”

A vaccine in development at the UA, called delta-CPS1, has prevented valley fever in mice and could be effective in preventing the disease in both humans and animals.

Valley fever is three times more likely to occur in dogs than in humans; cats can get valley fever as well.

In addition to delta-CPS1, an antifungal valley-fever drug called Nikkomycin Z (NikZ) was recently fast-tracked to market by the U.S. Food and Drug Administration.

The NikZ development program was acquired by the UA in 2005 and the UA has licensed development rights to a Tucson startup called Valley Fever Solutions Inc.

But both the vaccine and cure will require more money before they can get to market.

If you or a loved one have a story about a serious case of valley fever you'd like to share, send an email to sinnes@tucson.com

Cases of valley fever up 24 percent through October

One theory is that rains last year and this year aided fungus growth.

It works in mice, but research team faces funding and political barriers.

The anti-fungal product has been in the works here since 2005.

The Mayo Clinic in 2017 also will open an allopathic medical school with ASU as a partner. The state's two medical schools are currently run by the University of Arizona.

Pima County and state health officials today confirmed a case of the flu - the first of the season here.

Forecasting an epidemic: Does weather hold the key to predicting valley fever outbreaks?

A new skin test called Spherusol can detect whether a person has overcome valley fever before.

New technology could reveal the microscopic, sometimes deadly spores that cause valley fever that currently float in the air undetected.

The bill’s introduction comes in response to the Center for Health Journalism Collaborative's years-long reporting series “Just One Breath.”