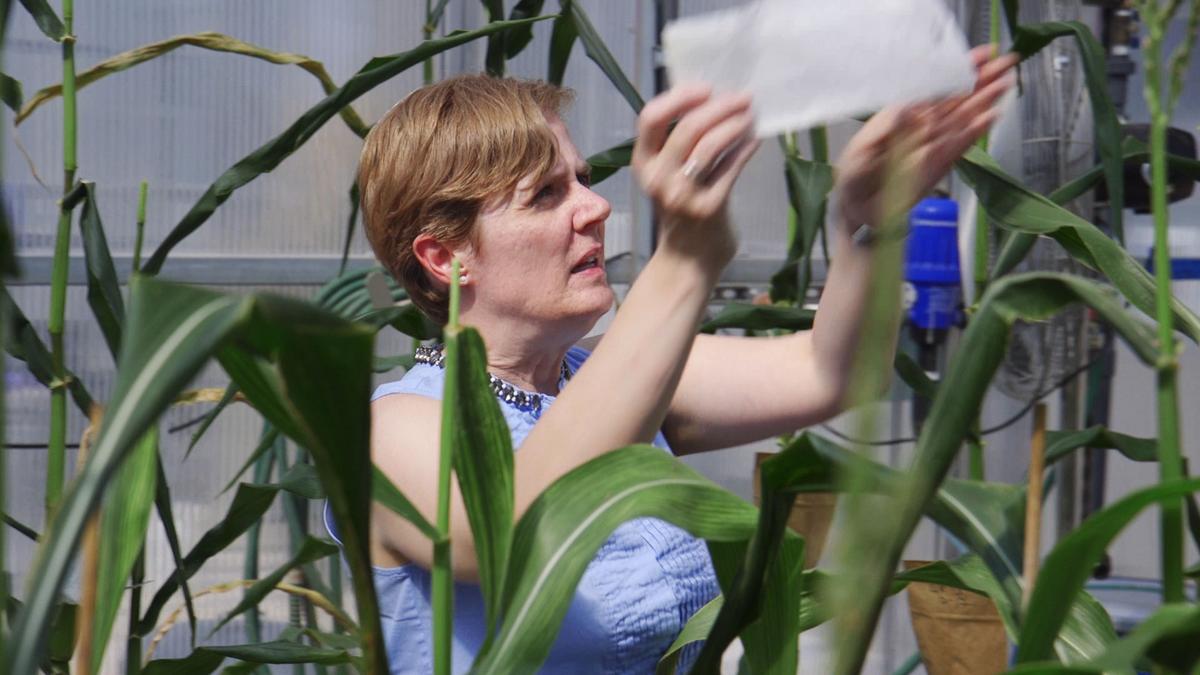 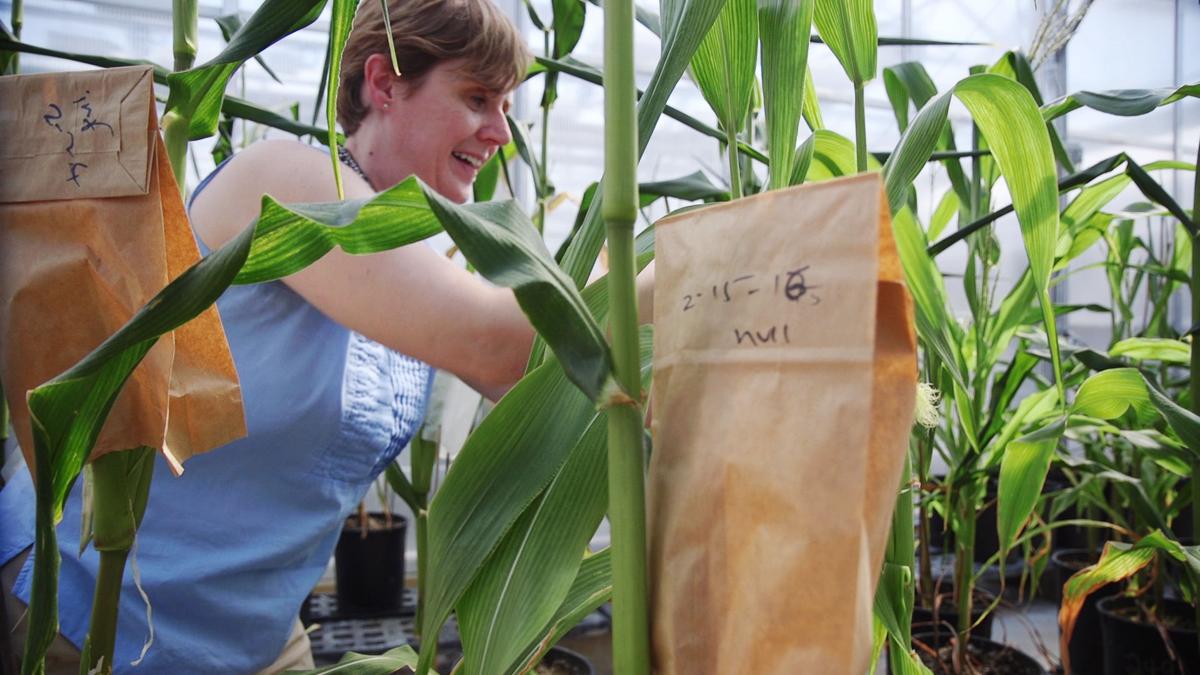 Monica Schmidt, a plant geneticist at the University of Arizona, has engineered a strain of corn that shuts off the ability of a plant fungus to produce aflatoxin, which can stunt childhood growth and cause liver disease.

Schmidt said this particular genetic modification has the potential to improve public health and save lives in places like Africa. It can also prevent the waste of tens of millions of tons of grain that have to be destroyed each year because of the toxin’s presence.

The assistant professor of plant sciences and researcher at the UA Bio5 Institute published her findings Friday in Science Advances, the online open-access arm of the journal Science.

The procedure Schmidt and colleagues designed embeds a snippet of RNA from an aspergillus fungus into the corn plant. When the host plant and fungus exchange small bits of genetic information during infection, the ability to produce aflatoxin is shut down.

The mechanism was 100 percent effective in trials, according to peer-reviewed results published in the journal.

Because the procedure introduces genetic material from the fungus into the corn, it is classified as “transgenic” — and that has already caused funding problems for Schmidt’s research, which was conducted with a $100,000 Grand Challenge grant from the Bill and Melinda Gates Foundation.

A proposal for additional funding was turned down after two reviewers for the foundation called it great work, but questioned whether the foundation wanted to get involved in genetically modified organism research. One reviewer gave no recommendation after saying, “This is great. This is fantastic. This is the person who’s going to do it,” Schmidt said.

Schmidt said she understands public distrust of giant agriculture companies, but wishes that distrust did not extend to GMO research aimed at easing disease and famine.

The Bill and Melinda Gates Foundation responded in a statement that only 10 to 12 percent of phase-one grants are awarded a second phase.

“While the University of Arizona work was not selected for phase two, the Foundation is funding other approaches to aflatoxin control,” the statement said in part.

Schmidt said this particular genetic modification has the potential to improve public health in places like Africa, and prevent the annual disposal of an estimated 16 million tons of corn infected with aflatoxin.

If economic loss from the waste were the only problem caused by aflatoxin, she wouldn’t be tackling it, she said.

“We take on projects that we think are going to make a difference and, hopefully, people will say, ‘Yeah, people are dying from this toxin,’ and maybe set aside their differences,” Schmidt said. “It’s implicated in stunting of children’s growth. It’s a biggie in liver cancer incidence. It’s nasty and it’s like, ‘Seriously? This is a fungal toxin and we can’t get our brains together and stop this?”

Schmidt employed a relatively new technique called Host Induced Gene Silencing, or HIGS, after reading scientific reports of small nucleotides being passed between a host plant and its parasitic fungus.

She’d like to see the corn seed eventually made available to farmers in areas of Africa and other locales where heat and humidity provide ideal conditions for growth of the fungus.

Genomic comparison of the aflatoxin-resistant crop with the hybrid corn from which it was developed shows no change elsewhere in the corn’s genome, said Jianwei Zhang, bioinformatics group leader at the UA’s Plant Genomics Institute.

Wing, whose center has mapped the full genomes of a variety of corn and rice species, said anti-GMO sentiment worldwide complicates development of crops that could help solve the looming problem of feeding a ballooning world population.

He has been engaged for years in research into rice species that can be modified to increase production in adverse growing conditions. He holds an endowed chair at the International Rice Research Institute in the Philippines.

Wing said most of the crops being developed can come from traditional breeding, guided by genomic maps.

Schmidt said she would create a traditionally bred seed to fight aflatoxin in corn and other plants, if that were possible.

Schmidt has taken the long route before. She and her husband, UA plant sciences professor Eliot Herman, spent 10 years breeding a strain of nonallergenic soybean that Herman had already created through genetic modification.

That organic soybean is now being used in trials to feed fish at salmon farms in Norway, she said, and could eventually be available as formula for allergic infants.

Schmidt said her corn work can be applied to other crops, including peanuts, the initial target of her research.

Legumes are her specialty, Schmidt said. She turned to corn when biotechnician Dhiraj Thakare was unable to quickly grow peanuts in the UA’s experimental greenhouses.

Corn was easier, though it’s been a slog for Thakare, who spends seven days a week in the greenhouse hand-pollinating multiple generations of corn plants.

Plant pathologist Peter Cotty, whose lab performed the tests for aflatoxin, is a co-author of the paper with Schmidt, Thackare, Zhang and Wing.

Schmidt’s next goal is to find a way to fight the fungus as well as the toxin. When the Gates Foundation turned down that research, she was able to get funding from the U.S. Department of Agriculture.

Schmidt said she hopes the success of phase one convinces the foundation to take another look at it.

In the meantime, she speaks to civic groups about her work and will be talking about it at the Science City stage at the Tucson Festival of Books this weekend. “I think people need to see a face and that I’m not out for a profit. I’m not making money on this. I’d just love to see this move forward to African farmers. It’s about making a difference.”

Monica Schmidt at Festival of Books

Researcher Monica Schmidt will speak on “Functional Foods Through Biotechnology” at 3 p.m. Saturday, March 11, during the Tucson Festival of Books at the University of Arizona.

Her talk is part of the Science Café series at “Science City” on the east end of the UA Mall.

UA scientists worried about how political climate will affect science

They're concerned about losing their voice in an anti-science era.

Now you can't miss a plant business you've driven by for decades.

Tucson weather: Near record heat with no end in sight

Temperatures will continue to be several degrees above average.

Cool, moist air will move in Wednesday night to restore normalcy to our spring temperatures. 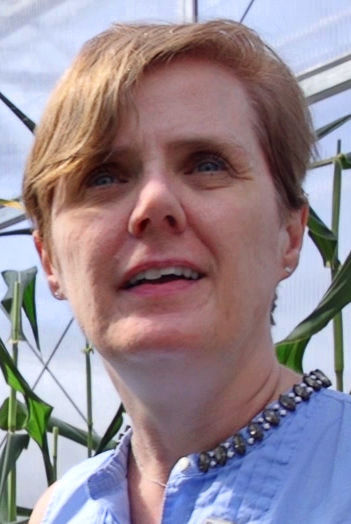