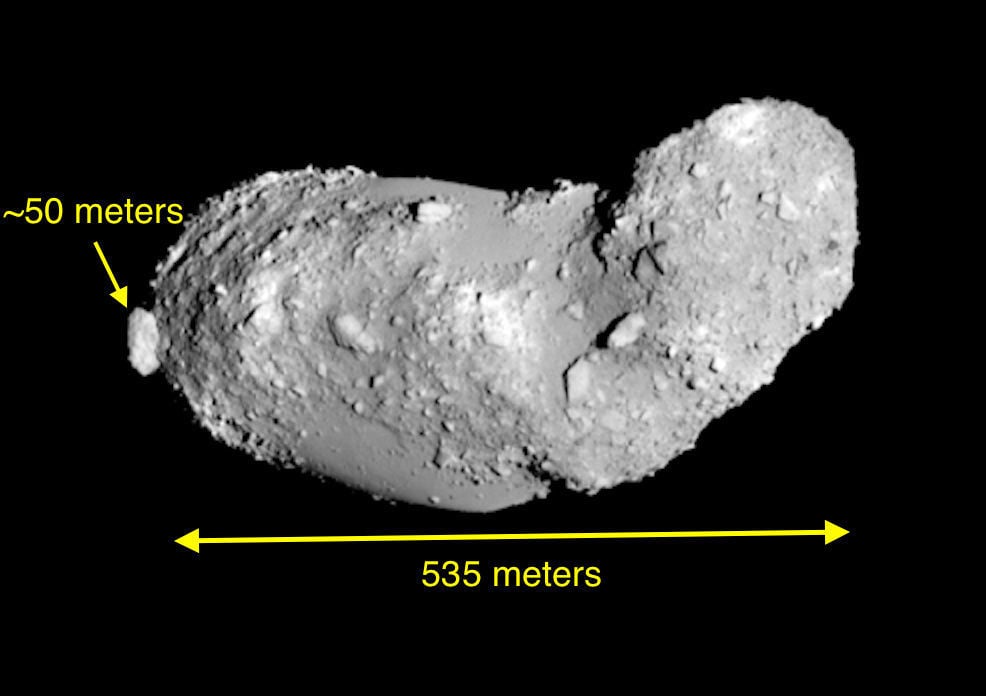 This is an image of asteroid Itokawa, which is not the asteroid used for this exercise in the article, but it helps visualize the asteroid which is roughly the same size as that “bunny tail” piece on the left side of Itokawa in this image. 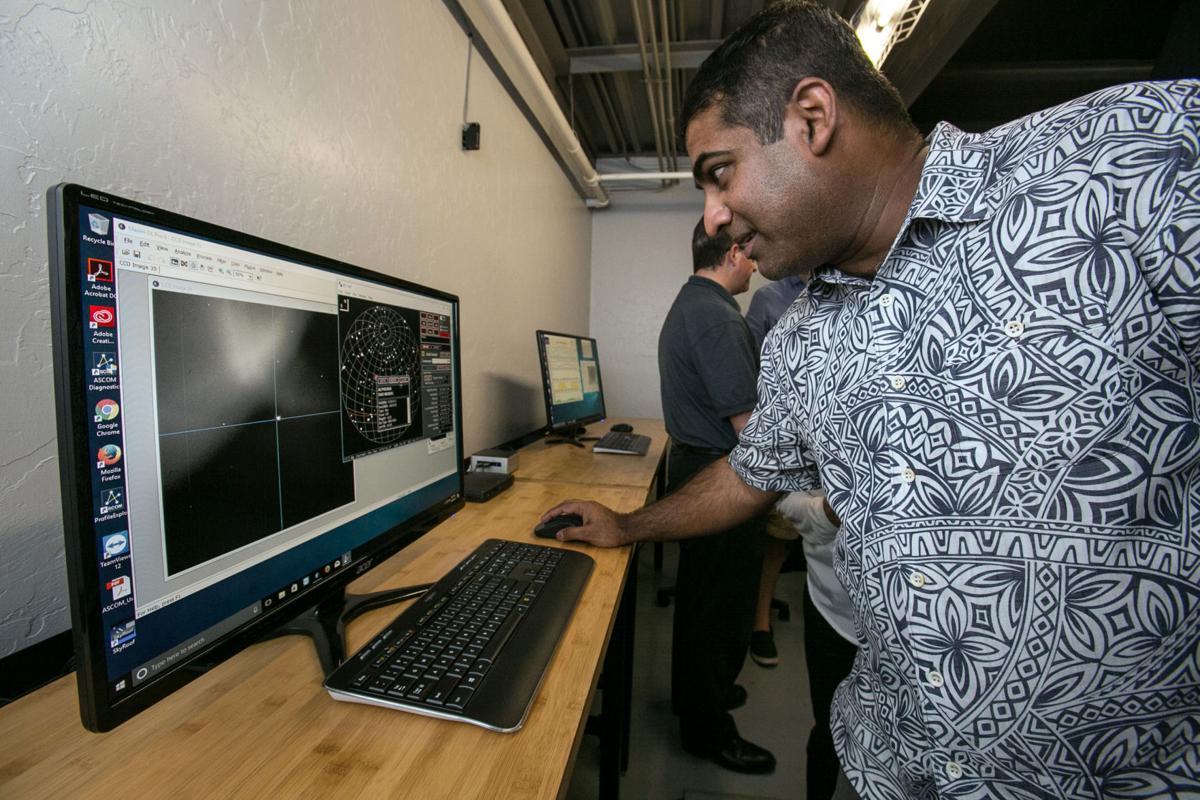 University of Arizona assistant professor Vishnu Reddy is in charge of the TC4 Campaign. “A big part of this is figuring out how the communication is going to work,” he said.

What would our government do if a major asteroid was on a collision course with Earth?

The NASA Planetary Defense Coordination Office is responsible for organizing a worldwide effort in case of an impact threat. In the past, it has worked with other federal entities in tackling that question during tabletop exercises with hypothetical asteroids.

In the face of a doomsday scenario, solutions ranged from deflection of the asteroid to large-city evacuations to disaster relief.

But are we really prepared?

At one of these tabletop exercises held in January, Vishnu Reddy, assistant professor of planetary science at the University of Arizona’s Lunar and Planetary Laboratory, made a suggestion.

“I said, ‘Look, we always play this game of what will happen, but we never do a real-life scenario. How about we take real asteroid and act as if it’s going to hit the Earth and do a live exercise with a real object?’”

“They went for it,” said Reddy, who studies the behavior of space objects. “The plan is to exercise the entire system.”

Reddy will lead the TC4 Campaign, named after the target asteroid 2012 TC4.

They will, for the first time, run through the entire observational process of locating an actual near-Earth asteroid, tracking its orbit, analyzing its makeup and planning the response.

The European Southern Observatory in Chile kicked off the search this week.

“It’s like fantasy football,” Reddy said, but with much more at stake.

It is predicted to fly within 4,200 miles of Earth on Oct. 12, 2017. The exact distance will be determined once it is relocated by astronomers.

The asteroid was discovered five years ago by the Pan-STARRS 1 telescope in Hawaii, but over time, its orbital trajectory became less certain, as is normal for all asteroids.

Scientists know its location roughly, but once relocated, they will be able to predict its trajectory with precision.

“A big part of this is figuring out how the communication is going to work,” Reddy said. “Because it’s very important.”

This includes a complicated web of communication between scientists from various U.S. institutions, U.S. government agencies and international partners including the Japanese Space Agency, the Russian Academy of Sciences, the European Space Agency and the European Southern Observatory.

Reddy wants to take advantage of this as a learning experience. “So every time something bad happens, we don’t complain, we just take notes, because that’s lessons learned.”

A NASA Discovery mission to a hard-metal planet is the first on led by ASU's School of Earth and Space Sciences.

Most are not that large and not that close, so "chill," say the editors of the Daily Minor Planet.

Photos: The Loop in Pima County

The Loop, developed by Pima County, invites residents and visitors to be on foot, bikes, skates, and horses to enjoy 100 miles of car-less pat…

The rains finally came in a big way on July 10 and has not quit.

Cooler daytime temperatures are expected into next week.

UA ecologist said that can be important to land-use decision makers.

Space will be limited for auditing.

The school's astronomy club traveled to the path of totality to contribute to coronal science.

University of Arizona astronomer gets unprecedented view of exploding star

This new, detailed observation of a young Type Ia supernova has implications for the study of dark matter and dark energy.

Safely there: University of Arizona-led OSIRIS-REx arrives at asteroid Bennu

The spacecraft will orbit the asteroid for more than a year doing science and selecting a site before collecting a pristine sample in a pogo-stick like motion.

In 2017, the University of Arizona, along with NASA’s Planetary Defense Coordination Office, led an international team of astronomers to successfully complete the first campaign to test the global response to an asteroid threat.

This is an image of asteroid Itokawa, which is not the asteroid used for this exercise in the article, but it helps visualize the asteroid which is roughly the same size as that “bunny tail” piece on the left side of Itokawa in this image.

University of Arizona assistant professor Vishnu Reddy is in charge of the TC4 Campaign. “A big part of this is figuring out how the communication is going to work,” he said.