Advocates aim to energize Latino voters, as their clout at polls grows
Share this
1 of 2 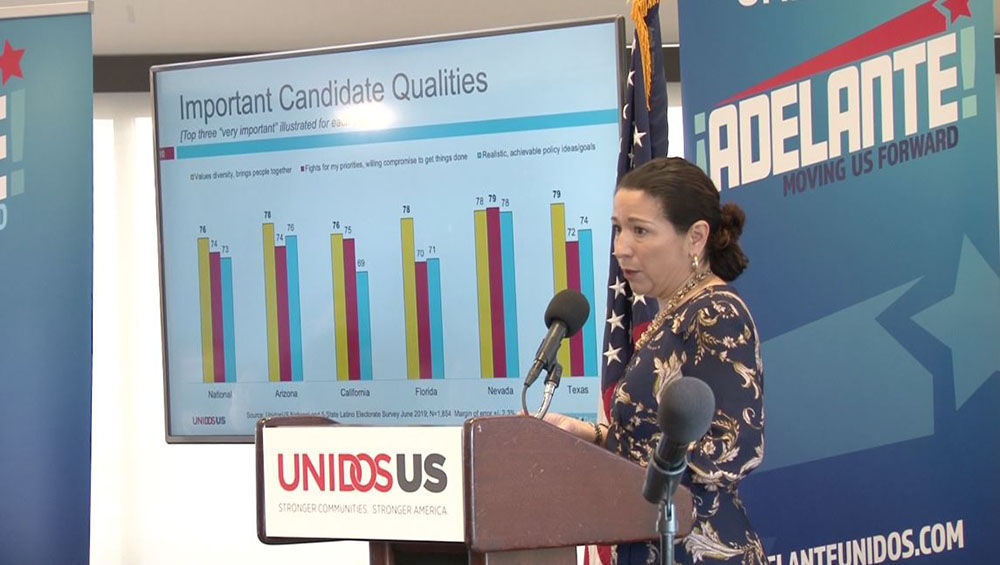 Sylvia Manzano, a principal at Latino Decisions, said one reason for the gap in Latino voters is that those in noncompetitive states might not “particularly feel engaged” to vote. 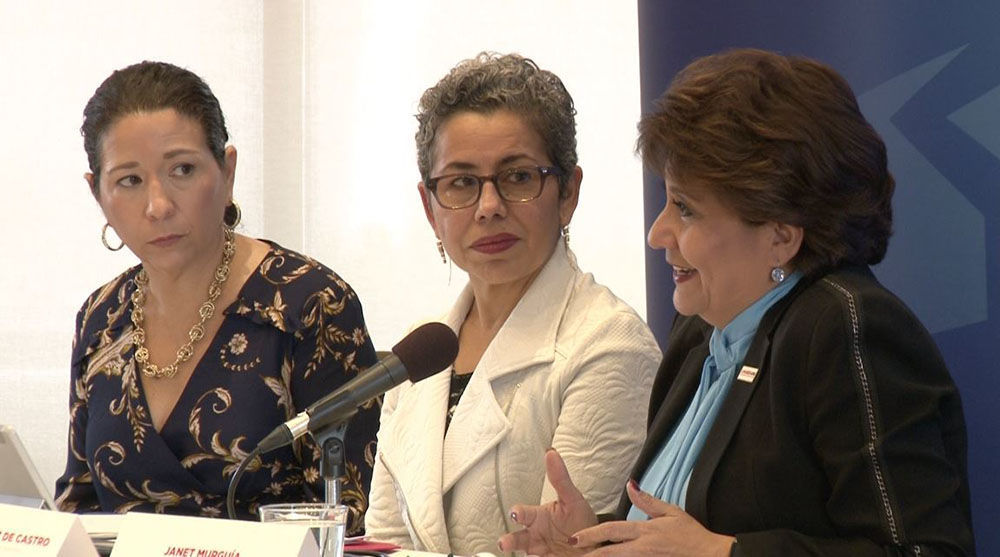 From left, Sylvia Manzano of Latino Decisions, Clarissa Martinez and Janet Murguia, both of UnidosUS, unveil the multimillion-dollar civic engagement program they hope will boost Latino voter turnout in 2020.

WASHINGTON — Hispanics are expected to be the largest bloc of minority voters by the 2020 elections, but advocates say those numbers will be of little use if potential voters aren’t motivated to turn out at the polls.

That’s why they announced plans Thursday for a multimillion-dollar campaign focused on five states, including Arizona, that will be aimed at boosting Latino civic engagement across the board.

The campaign by UnidosUS will work with hundreds of local advocacy groups, including 11 in Arizona, with a goal of registering 120,000 new voters nationwide in time for the elections, while reaching out to more than 350,000 current voters with get-out-the-vote activities.

“It’s meant to be more than a voter registration campaign,” UnidosUS President and CEO Janet Murguia said Thursday. “It means deploying the full force of our organization to lift our community up and make our voices heard at the ballot box in the 2020 elections.”

Murguia said the program aims to close what she calls a considerable gap between the number of eligible Latino voters and the number of actual voters.

While the Pew Research Center predicts the number of voting-eligible Hispanics could hit 32 million by 2020, UnidosUS estimates about 14 million will actually turn out to vote. That would be more than the 13 million who voted in 2016 – but the gap between eligible and actual voters would be wider, as 27.3 million Latinos were eligible to vote that year.

One of the reasons the gap exists is because Hispanics in noncompetitive states do not “particularly feel engaged” to vote, said Sylvia Manzano, a principal at Latino Decisions.

“There’s also a really important point about candidate and campaign outreach and contact, and of course we have some other demographics working against us,” Manzano said at the National Press Club event where the program was announced.

Arizona is one of the states targeted for the program – along with California, Texas, Florida and Nevada – even though organizers acknowledge the state has a head start in organizing on most others because of its recent history of controversial laws aimed at the state’s immigrants.

Clarissa Martinez, deputy vice president for policy and advocacy at UnidosUS, said Arizona’s strong organizing structure began to take shape in response to SB 1070, the state law that requires police to verify the immigration status of anyone suspected of not being in the country legally.

She said Latino voters were further motivated by then-Sheriff Joe Arpaio of Maricopa County, who aggressively enforced SB 1070 and was convicted of criminal contempt of court for refusing to stop his deputies from racially profiling suspects.

“That advocacy led to putting a stop to the second slew of anti-immigrant bills that (former state Sen. Russell) Pearce was going to do, then to his ousting then eventually to Joe Arpaio’s ousting,” Martinez said. “The community has organized itself and will continue to do that.”

Activists in Arizona said those efforts only continued in the face of then-candidate Donald Trump’s anti-immigrant rhetoric and his actions since becoming president, such as the attempt to end the Deferred Action for Childhood Arrivals program and his militarization of the U.S-Mexico border.

Promise Arizona said it has not stopped working to engage the Hispanic community since last year’s elections, noting that with eight elections over the past 15 months in Phoenix alone “we’ve been in campaign mode for the last year and a half.”

Frank Staub’s photography experiences have taken him to Thailand, Cuba and Nicaragua, but his latest and possibly most important project has k…

A 22-year-old man was killed Monday when struck by a vehicle head-on on Tucson's east side, police say.

Arizona women aren’t giving birth as often as they used to.

Sylvia Manzano, a principal at Latino Decisions, said one reason for the gap in Latino voters is that those in noncompetitive states might not “particularly feel engaged” to vote.

From left, Sylvia Manzano of Latino Decisions, Clarissa Martinez and Janet Murguia, both of UnidosUS, unveil the multimillion-dollar civic engagement program they hope will boost Latino voter turnout in 2020.