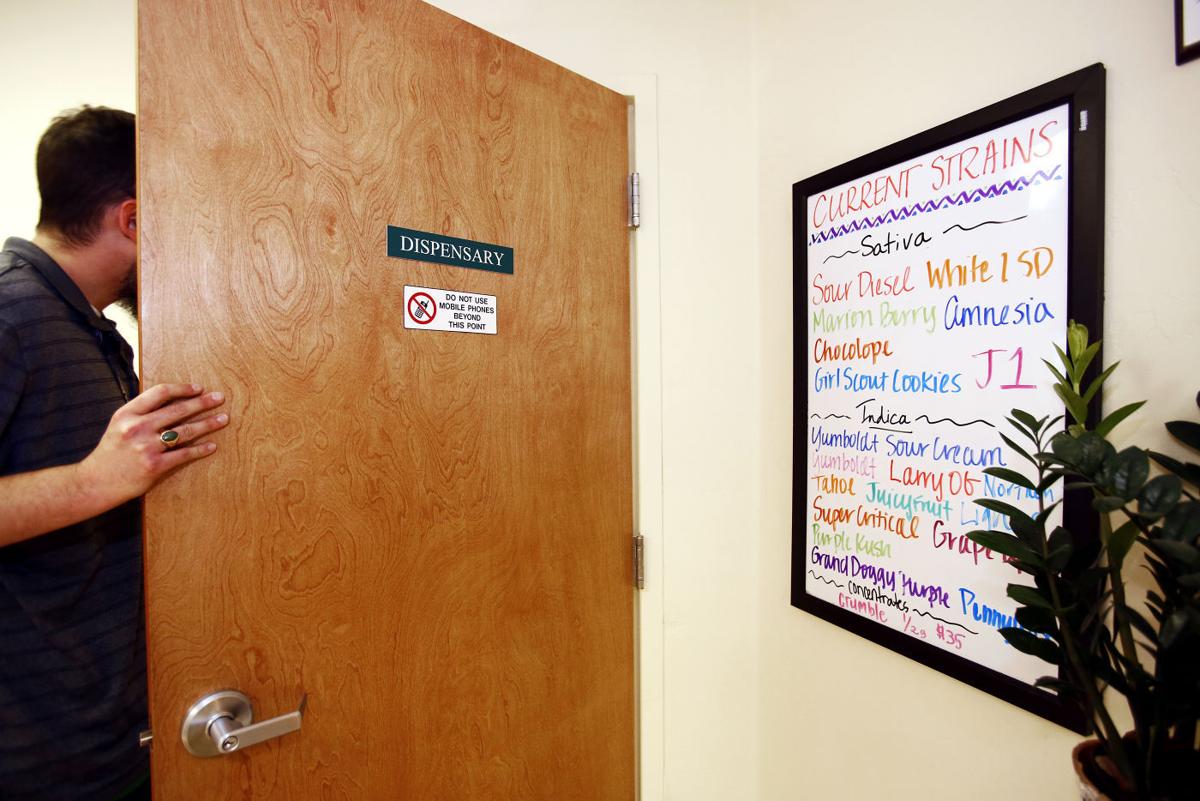 Current strains of product are listed on the wall outside the Dispensary room at the NatureMed Licensed Dispensary, 5390 W. Ina Rd. in Tucson, AZ. Only patients with medical marijuana cards are allowed in the Dispensary room. Photo taken Thursday, January 15, 2015. Photo by Ron Medvescek / Arizona Daily Star. 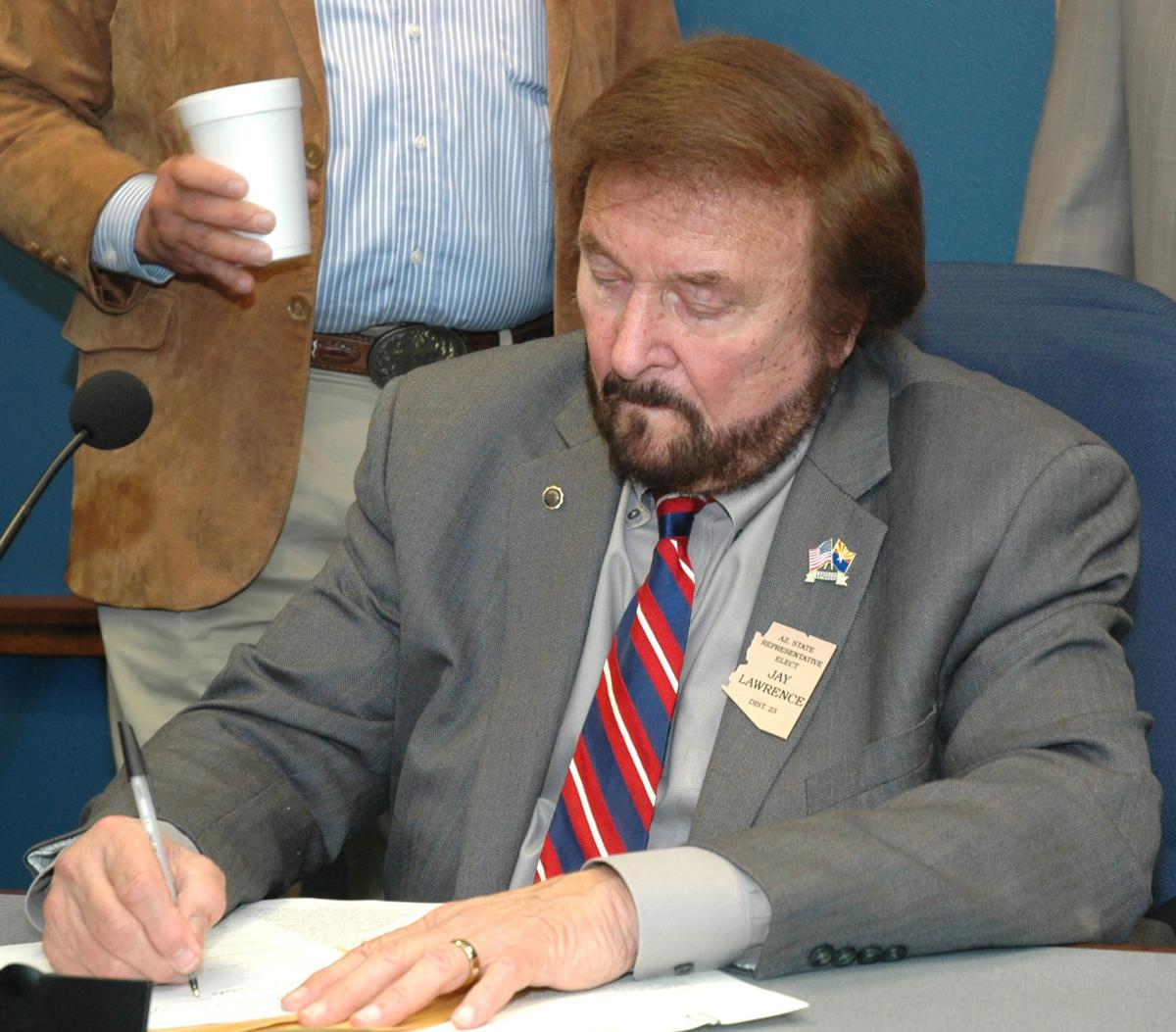 Rep. Jaw Lawrence proposes to limit what kind of doctors can write recommendations for people to use medical marijuana. (Capitol Media Services photo by Howard Fischer)

PHOENIX — Two state lawmakers are pushing to make it more difficult for some people to get medical marijuana.

And both measures may be illegal.

Rep. Kelly Townsend, R-Mesa, wants to make it a crime for a woman who is pregnant to possess the drug. That would overrule any finding by her doctor that the use of marijuana is appropriate.

A more far-reaching proposal by Rep. Jay Lawrence, R-Scottsdale, would strip the right to recommend the use of marijuana from naturopaths and homeopaths. That would leave only allopathic and osteopathic physicians.

What makes both proposals legally questionable is that the medical marijuana law was enacted by voters not the Legislature.

The Arizona Constitution spells out that voter-approved measures can be altered only with a super-majority vote. It’s possible that Townsend and Lawrence could get that margin.

But any change needs to “further the purpose” of the original measure.

An attorney whose practice includes issues of medical marijuana says neither one meets that test.

The 2010 law allows doctors to recommend marijuana to patients with certain medical conditions. Those range from glaucoma and AIDS to severe and chronic pain.

Those who get a recommendation are eligible for a state-issued card allowing them obtain up to 2ƒ ounces of marijuana every two weeks.

Nearly 88,000 Arizonans currently have such cards.

Lawrence said his belief is that doctors other than MDs and DOs are essentially in the business of writing recommendations for medical marijuana, “and writing them for ‘I don’t feel well today.’ ”

“It’s a money-making scheme,” he said. “MDs and DOs will be more responsible.”

There is some statistical evidence to suggest a basis for Lawrence’s suggestion that at least one of the two alternative forms of medicine is playing a more active role in letting Arizonans get medical marijuana.

Preliminary figures from the state Department of Health Services show that doctors issued 77,639 certifications for patients last year. More than 87 percent of those were issued by naturopathic physicians.

As to the reasons for recommendations, the most recent report from the health department finds that more than 77 percent of the recommendations were for chronic pain. The next highest category was cancer at 2.6 percent.

Attorney Ryan Hurley said the big legal problem with what Lawrence is proposing is that voters agreed in 2010 to give recommendation-writing privileges to both naturopaths and homeopaths. He said stripping that away violates the Voter Protection Act which sharply restricts the ability of lawmakers to tinker with anything that has been approved at the ballot.

That’s also the contention of Chris Lindsey who is an attorney with the Medical Marijuana Project, the organization that crafted the 2010 initiative. He said changing the definition of who can write recommendations diminishes access for patients.

“These actions are offensive to the voters who supported Proposition 203 and to the patients for whom the measure was designed to help,” he said.

Lawrence, however, said he believes his proposal can survive a legal attack.

“It furthers the purpose by restricting the amount of marijuana on the streets and in people’s homes to those who really deserve and need it,” he said.

Townsend said the purpose behind the 2010 law was to allow the drug to be used to treat various medical conditions.

“The harmful effects of this drug on the fetus is undeniable and empirically substantiated,” she said, saying there is no place for marijuana in managing a pregnancy. Townsend also contends that exposing a fetus to a dangerous drug is considered child abuse “and therefore a woman risks losing her child to the Department of Child Safety should she or the child test positive at birth.”

Lindsey did not dispute there are studies showing harmful effects of marijuana use during pregnancy. But he said Townsend’s legislation puts the Legislature in the position of deciding which studies are relevant.

“You can imagine the slippery slope that creates if legislators did so in every area of medicine,” he said. And Lindsey said lawmakers should defer to the view of the doctor who is treating the patient.

Townsend, however, said her legislation would survive a legal challenge.

“It is the purview of the Legislature to regulate dangerous behavior when it comes to the protection of the unborn and minors,” she said, comparing it to requirements for things like child seats in cars. “Therefore, this is a common-sense bill that furthers the protection of Arizona’s most vulnerable.”

This isn’t the Legislature’s first foray into scaling back the 2010 law. And any legal challenge to legislative intervention would not be the first.

In 2012 state lawmakers altered the law to say that college and university students who have medical marijuana cards cannot possess the drugs on campus. Andre Maestas, an Arizona State University Student who was arrested for having the drug in his dorm room is asking the state Court of Appeals to overturn his conviction and rule the new restriction violates the Voter Protection Act because the original law has no such exception.

No date has been set for a hearing in that case.

The Algerian making his own instruments

State lottery chief quits amid questions about vehicle use

An estimated $184 million was spent on the drug legally.

Bill limiting who can recommend medical pot is pulled

Loophole of using EBT card for cash will still remain.

Cracks appear as medical-pot licenses up for grabs

Sales are ballooning, but so are business disputes.

In Arizona, 1 marijuana legalization group tries to torpedo another

Decision is a mixed bag for prosecutors.

Current strains of product are listed on the wall outside the Dispensary room at the NatureMed Licensed Dispensary, 5390 W. Ina Rd. in Tucson, AZ. Only patients with medical marijuana cards are allowed in the Dispensary room. Photo taken Thursday, January 15, 2015. Photo by Ron Medvescek / Arizona Daily Star.

Rep. Jaw Lawrence proposes to limit what kind of doctors can write recommendations for people to use medical marijuana. (Capitol Media Services photo by Howard Fischer) 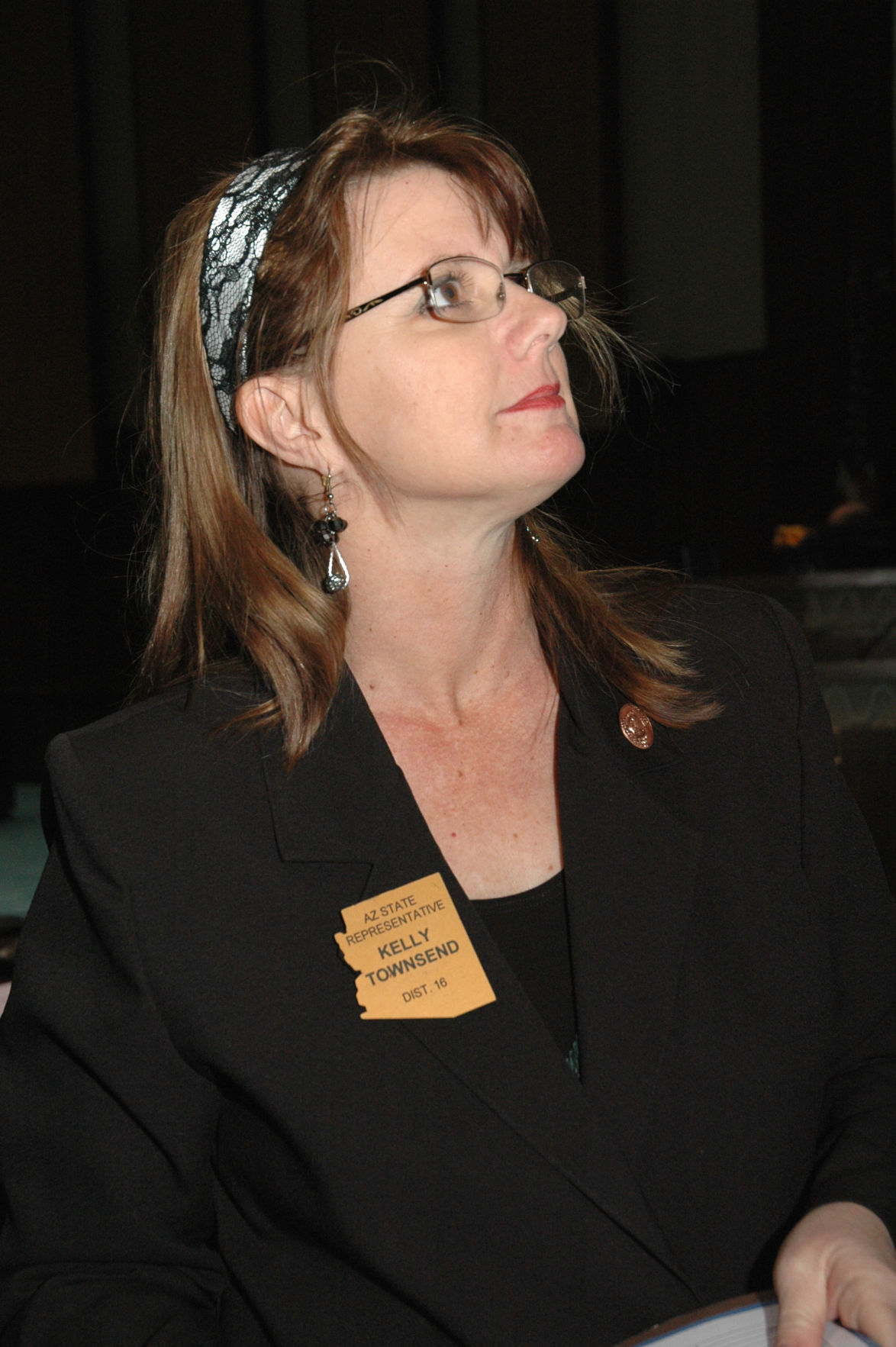