PHOENIX — Concluding his repeated actions of sexual harassment against lawmakers, lobbyists and others were just too wrong to excuse, the Arizona House voted Thursday afternoon to expel Rep. Don Shooter.

The 56-3 vote occurred despite a last-minute plea by the Yuma Republican to instead punish him with a censure. In fact, until Thursday morning even House Speaker J.D. Mesnard said the lesser penalty was appropriate, given that the investigative report which found credible evidence of harassment included much had occurred before 2017, when Shooter was in the state Senate.

But Mesnard changed his mind after Shooter sent a letter to his colleagues asking that they delay Thursday's vote action to consider whether there also are credible charges against Rep. Michelle Ugenti-Rita. The Scottsdale Republican was the first to level harassment charges against Shooter.

Shooter noted the report from an outside investigator hired by the House also mentions there were "unsolicited, sexually explicit communications," sent by Brian Townsend, a former House staffer who was dating Ugenti-Rita, to someone else who was not identified.

But Morgan said that there was no evidence that Ugenti-Rita had been responsible for sending out what are believed to be naked photos.

While Shooter was hoping the letter would lead to a delay in action against him, it had the opposite effect on Mesnard.

And that, said Mesnard, changed everything, leading him to decide that expulsion was the proper penalty.

"Rep. Shooter's letter represents a clear act of retaliation and intimidation, and yet another violation of the House's harassment policy," he said.

Mesnard also said that Shooter did not help himself with his actions prior to the vote, going around the House and making comments like "it's a great day for a hanging."

And the speaker said that while he did not consider Shooter to be a violent person, he personally went to his office and asked him to surrender a gun he kept there. He said Shooter complied.

"I've said stupid things, I've done stupid things," Shooter said in asking colleagues to limit his punishment to a public censure. And Shooter, speaking for less than two minutes, reminded other lawmakers that he apologized earlier this year during a floor session dealing with sexual harassment training.

But the investigator also found incidents of harassment and improper conduct or comments involving others, including a lobbyist, a newspaper staffer and the former publisher of the Arizona Republic.

"I can't go back to the past," he said. "But I can change the future if given the opportunity."

Shooter then did a classic "mic drop" and walked out. That left colleagues to talk for more than the next hour about the charges of sexual harassment detailed in the 82-page report by the independent investigator and what punishment was appropriate.

Other than Shooter himself, there were only two dissents.

Rep. Noel Campbell, R-Prescott, said the decision of Shooter's political future should be left to the residents of his legislative district.

He said that Shooter's actions "should be condemned." But Stringer said he could not support expulsion because of what he saw as a lack of due process.

He pointed out that the investigator, while speaking to all who made allegations against Shooter as well as Shooter himself, put no one under oath. More significant, Stringer said he was being asked to vote based on someone else's conclusions, versus the normal process where these issues are considered in an open session of the House Ethics Committee, where witnesses come and testify.

Mesnard, for his part, defended short-circuiting that process, saying he was concerned about privacy of the victims, some of whom were not named in the report. And the speaker insisted these charges were different than others in the past.

Yet the last time something like this came up in 2012, the House had open hearings in debating charges against Rep. Daniel Patterson, D-Tucson, who was accused of verbal harassment of colleagues. As it turned out, Patterson quit ahead of an expulsion vote.

Rep. Darrin Mitchell, R-Goodyear, identified in the investigation as having been subject to crude remarks, defended relying on the report. Mitchell said it was "not a hack job." He said the findings were clearly backed up with facts.

Rep. Bob Thorpe, R-Flagstaff, chastised other legislative leaders, past and present, for letting the situation get to this point. He noted the investigative report said allegations against Shooter go back to shortly after he entered the Senate in 2010.

"Over the years, Republican and Democratic leaders in both the House and the Senate have had a blind eye to all kinds of bad behavior and haven't addressed it," he said. "Too often bad behavior is not addressed, which means that the behavior continues unaddressed and unchecked."

"I find it unfortunate that we're dealing with something that could have been dealt with up to seven, eight years ago," he said.

Others also said that the kind of allegations made against Shooter that led to his ouster are not confined solely to him.

"This, in fact, is a hostile work environment for women," said Rep. Isela Blanc, D-Tempe. "For reasons I believe are gender-based, I have been silenced, diminished and humiliated in committee."

Rep. Becky Nutt, R-Clifton, tearing up, had her own take.

"You guys need to knock it off," she told colleagues. "What we're doing here is important."

Some lawmakers said they had no problem with voting to expel one of their own.

Rep. Regina Cobb, R-Kingman, said Thursday's vote could have been avoided had Shooter, seeing the sentiment of his colleagues, chosen to quit.

Thursday's vote sets in place a process where Republican precinct committee workers will meet to nominate three people to take his seat. The final decision will be up to the Yuma County Board of Supervisors.

Mesnard said that Shooter, in his years at the Capitol, has done some good things.

"But he will probably only be remembered for this," he said.

Today's vote marks the first expulsion of a lawmaker since 1991 when the Senate ejected Carolyn Walker, then the Senate majority whip, in the wake of the "AzScam" investigation. She and other lawmakers were caught in an undercover sting operation agreeing to take money in exchange for their votes; all the others resigned.

The last House expulsion came in 1948 when two members were removed following a fistfight.

Rep. Don Shooter was voted out of the Arizona House Thursday after a probe found he violated policies on sexual harassment. His expulsion came…

This is the second federal lawsuit filed against the University of Arizona involving former running back Orlando Bradford.

Stunning photos of the 'super blue blood moon' from Tucson, around the world

The moon put on a rare cosmic show Wednesday. NASA called it a lunar trifecta: the first super blue blood moon since 1982. That combination wo…

Calling the documents the city had posted online "misleading" an attorney representing the families has asked that the city to nullify the zoning decision.

Before dawn on Wednesday, January 31, Tucsonan’s can watch a total lunar eclipse low in the western sky.

American Eat Co. — an 8-in-1 restaurant concept — set to open in South Tucson

Stone is closed from Ft. Lowell to Glenn.

The case started about 4 p.m. Friday when the son called for help from a neighbor’s home.

Pedro y Los Liricos is a one of many conjuntos that are born in Tucson's immigrant neighborhoods, keeping alive the music of the Mexican diaspora. 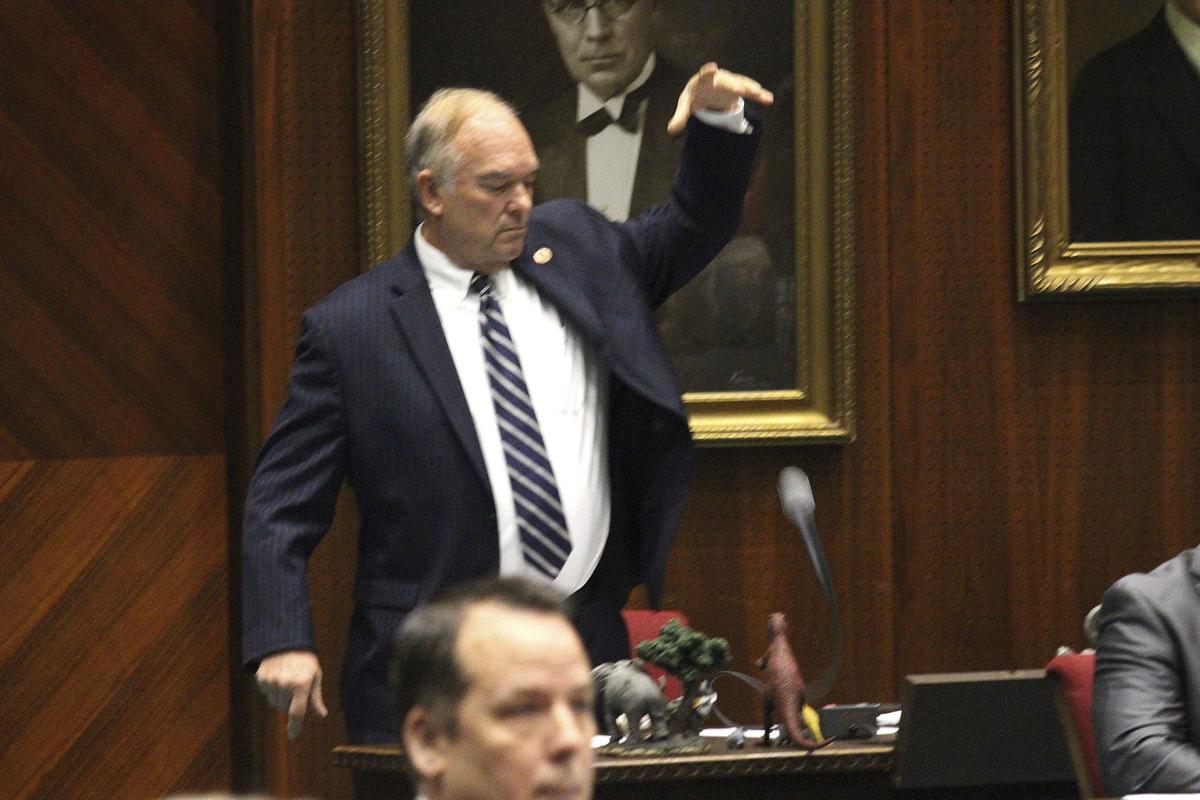 Arizona Republican state Rep. Don Shooter drops his mic after voting no on a resolution expelling him from the Arizona House for a pattern of sexual harassment in Phoenix, Ariz., Thursday, Feb. 1, 2018. Shooter's removal from office would be the first known vote kicking out a state lawmaker since revelations against filmmaker Harvey Weinstein spurred a national conversation on workplace harassment. 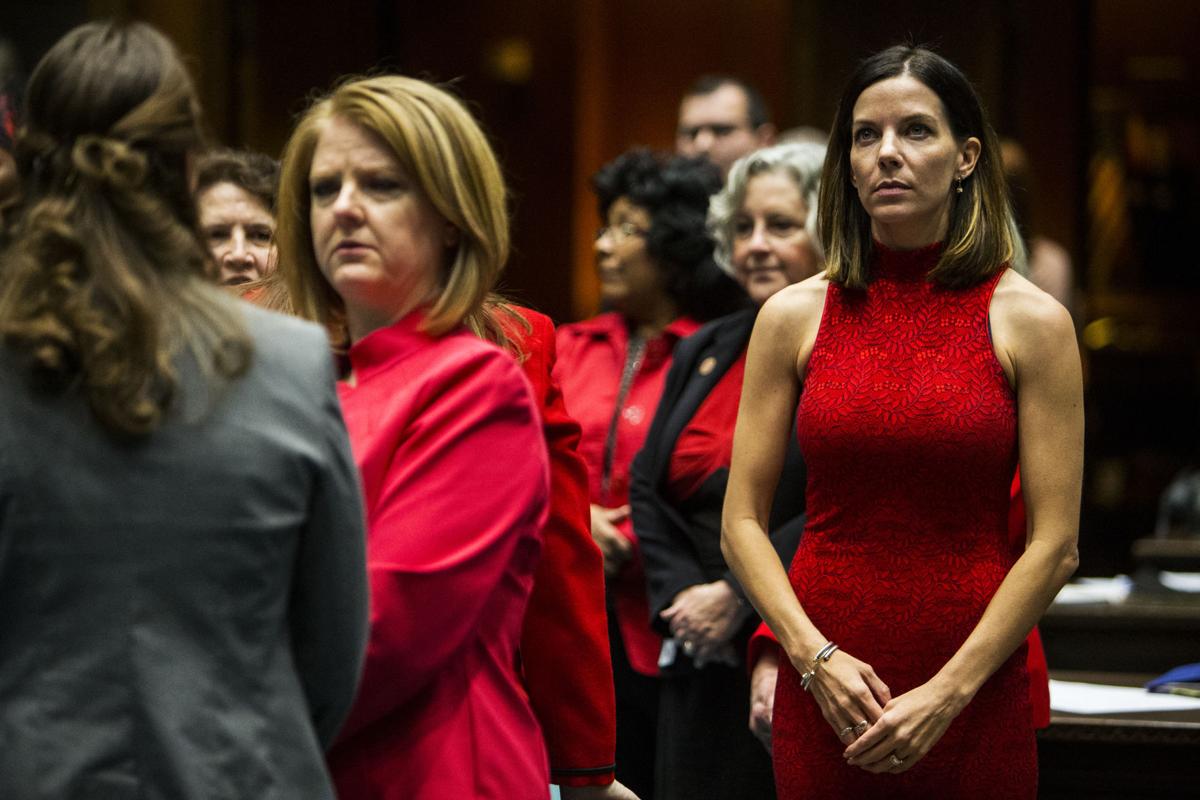 Michelle Ugenti-Rita waits before a vote on whether to remove Rep. Don Shooter from office on Thursday, Feb. 1, 2018 at the Arizona House of Representatives Chambers in Phoenix. 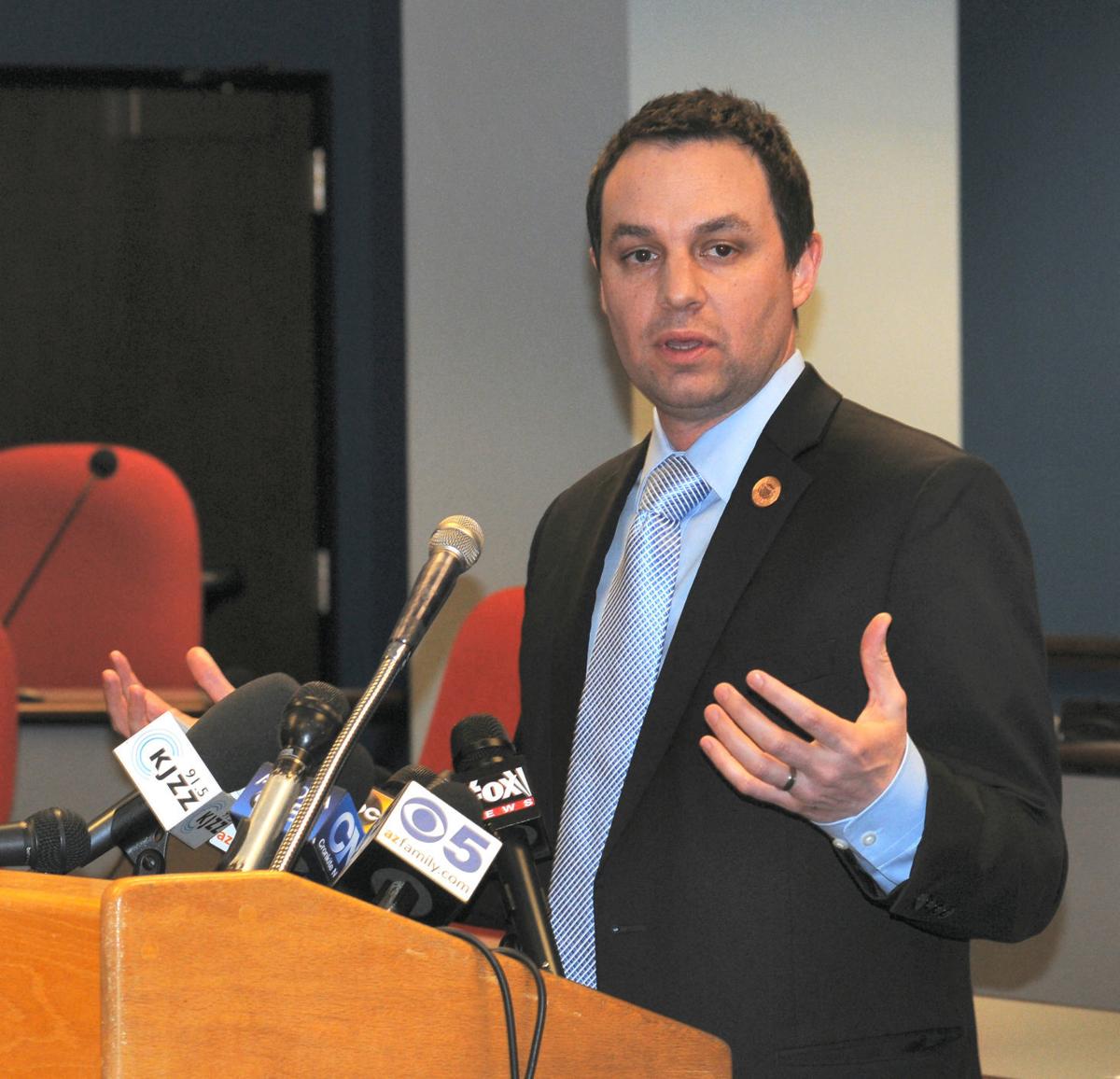