PHOENIX — Republican lawmakers are closing in on a $9.58 billion spending plan for the coming year, including $26 million in tax cuts.

But the lion’s share of that is for business.

The plan set to be introduced this morning also includes:

The plan also includes about $32 million for the state’s universities, a partial restoration of the $100 million taken out of their funding last year.

But not all that university funding is going to general academics.

Lawmakers are earmarking $5 million of that for so-called free-enterprise programs at the University of Arizona and Arizona State University. Those programs started with seed money from charities run by financier Charles Koch.

“These are schools within the universities, well-regarded as far as I know,” he said. “And there is a sentiment to see those schools be as effective and productive as possible.”

Yarbrough said he sees these centers as providing valuable research. Some of it appears to have a particular slant.

For example, the head of the ASU Center for the Study of Economic Liberty put out a report last fall urging the state to spend more of its trust-fund dollars on schools now rather than “hoard” them for future generations. In doing so, Scott Beaulier backed the essence of what became Proposition 123 to speed withdrawals for education.

But Yarbrough said he did not see the schools — and the public funding they are getting — as simply promoting the fiscal libertarian ideals of the Koch brothers.

“I certainly would not describe it that way,” he said.

Most of the “new” money for public schools is actually just restoring some of what lawmakers voted last year to cut — sort of.

That’s the number of students they anticipate having. The old system used the prior year’s enrollment as a starting point. Some modeling done last year by the state Department of Education showed the overall net loss to schools in making the change at $32 million.

Yarbrough said the state will put back about half of that, not directly to schools but into a “classroom site fund” administered by state education officials. Those dollars can be used for everything from reducing classroom size and boosting teacher pay to dropout-prevention programs.

On the income side is that $26 million set aside for tax cuts. The largest share of that, about $8 million, is for “bonus depreciation.”

Right now, an Arizona business can immediately deduct up to $25,000 a year in new equipment. Anything beyond that is carried forward into future years.

The push is to have Arizona law conform with current federal law that allows an immediate $500,000 deduction. The other big break is set aside to exempt manufacturers and smelters from having to pay the same sales tax on their electricity that is charged to other customers.

Yarbrough acknowledged neither one helps the average Arizonan.

“But if you’re in business, even a very small business, you’re going to be able to depreciate more rapidly that stuff you buy,” he said, even as he conceded most small businesses are not buying $500,000 worth of equipment in any one year. But Yarbrough said there is at least an indirect benefit from such business tax cuts.

“If a manufacturer’s having to pay less for its electricity, I think there is ultimately a benefit that accrues to all of us,” he said.

And if they’re giving it to their shareholders?

“Well, you could be one,” Yarbrough responded.

There is one tax change that could affect those at much lower income levels.

Current law provides a dollar-for-dollar state tax credit, up to $200 for individuals and $400 for couples, for donations to organizations that do charity work for the needy. The change doubles both those amounts.

One thing not in the current plan, but that may result in a floor fight, is restoration of the KidsCare program to provide health care to the children of the working poor.

That is defined as families who earn too much to qualify for Medicaid — about $27,700 a year for a family of three — but less than about $40,000 for the same-sized family.

Despite the 3-1 federal-state funding, Arizona stopped enrolling children in that program in a budget-cutting move in 2010. The result is enrollment went from 45,000 then to less than 1,000 now.

Congress has agreed to provide full funding for at least this year and next. But Gov. Doug Ducey has been cool to the idea for fear there would be political pressure to keep the program alive — with state dollars — if federal dollars were reduced.

The House has approved restoration on a 3-1 margin.

Senate President Andy Biggs has not allowed the measure to come up for a vote.

Leaders say they have lined up enough votes to pass package after a week of delays.

Better than letting communities pass their own pay standards, he says.

Loan companies offer portion of profits to charities as part of new legislation.

May 4 letters to the editor

Arizona Legislature has no plans to eliminate state income tax 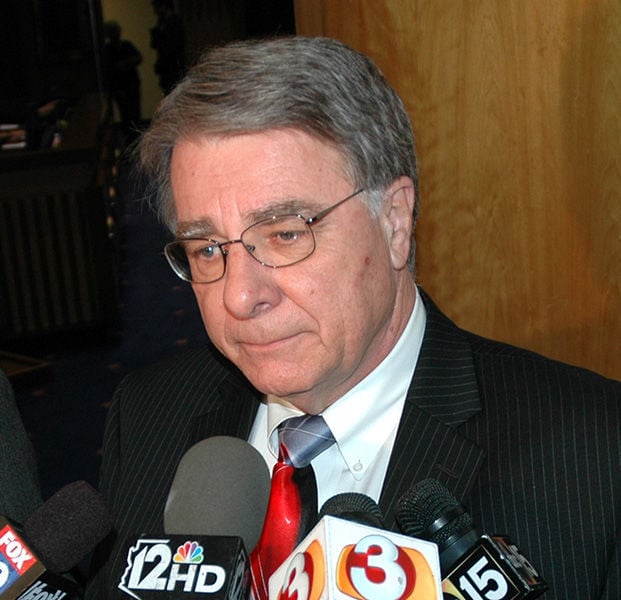 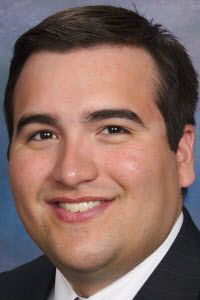