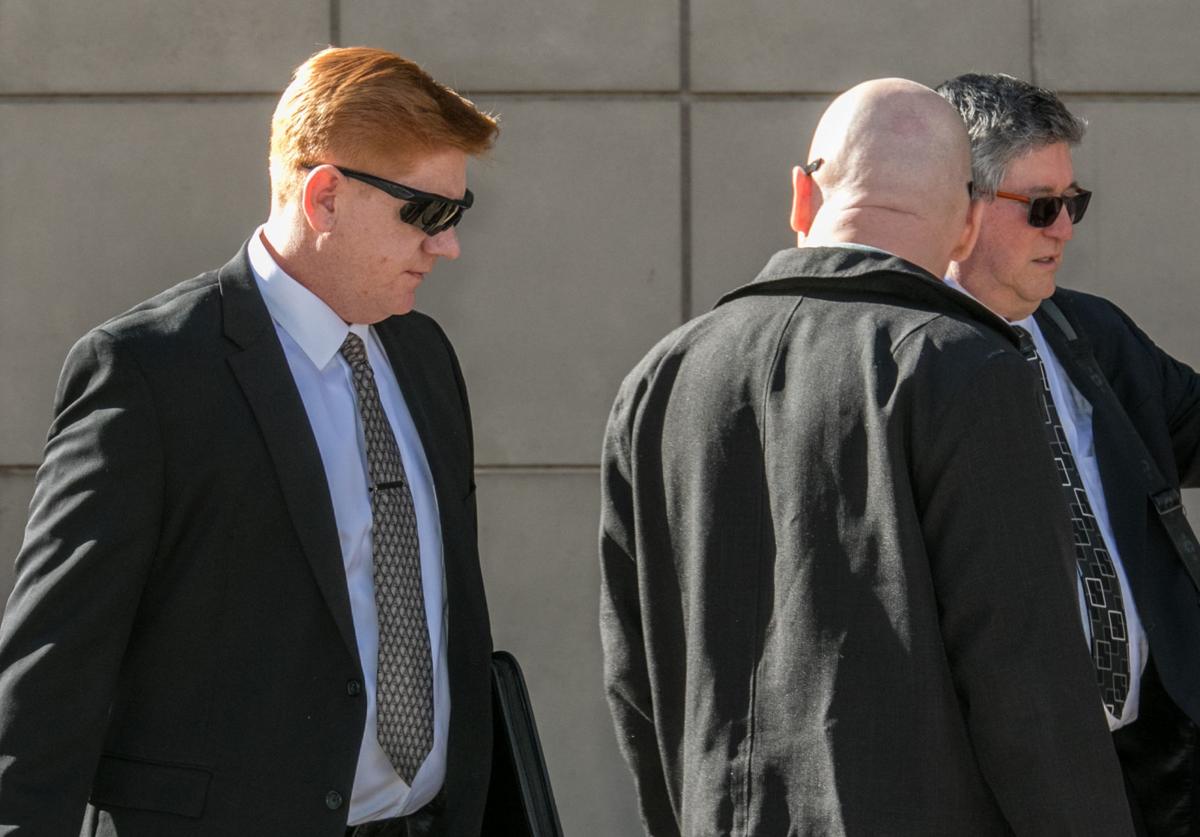 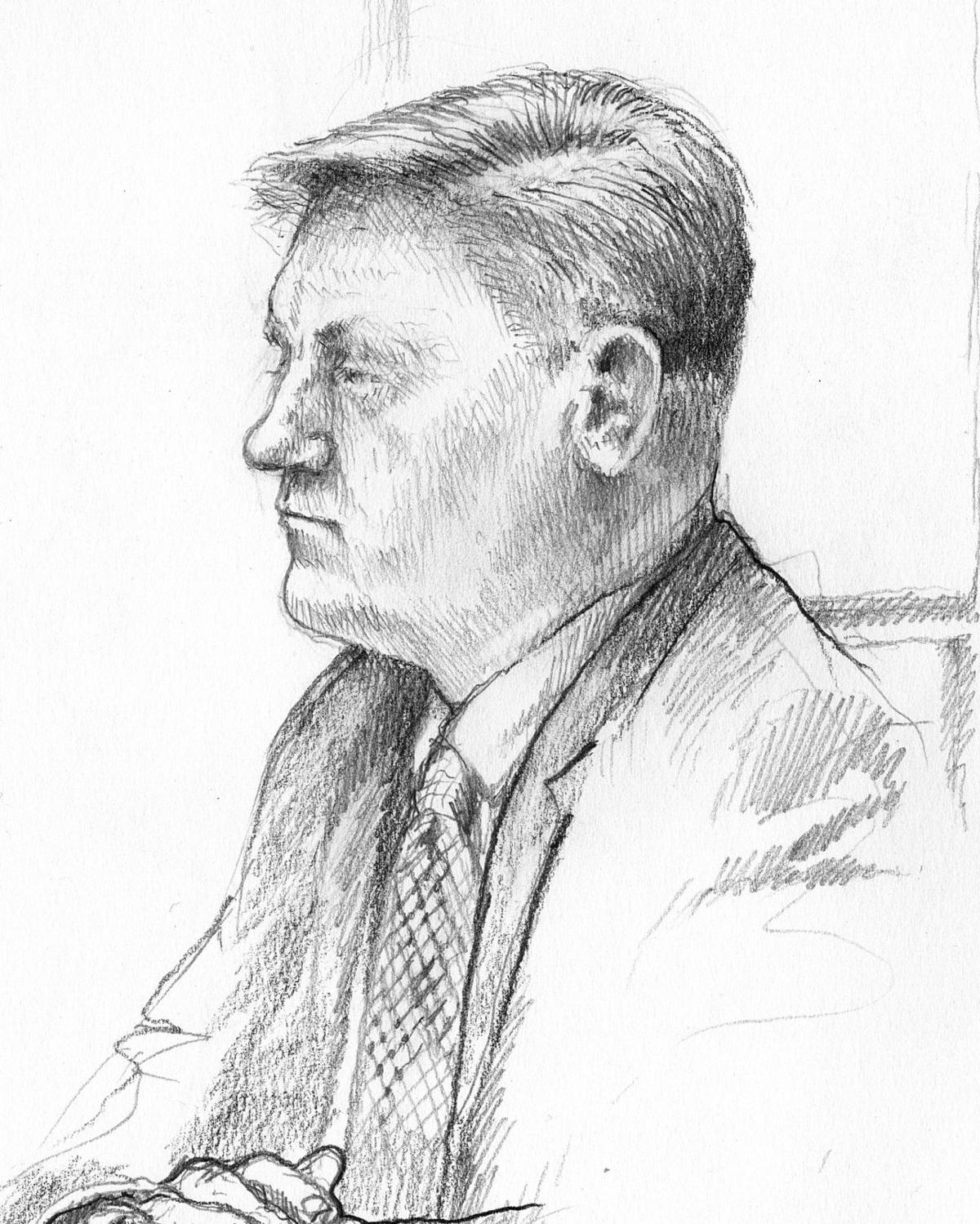 Rocks — their size, amount and location — were the focus of the second day of the federal trial of Border Patrol agent Lonnie Swartz, who is accused of second-degree murder.

In deciding his fate, the jury will have to determine, among other things, if his fatal shooting of a 16-year-old, who was throwing rocks at agents, was justified given the circumstances. Border Patrol agents can use deadly force if they have a reasonable belief that their lives or the lives of others are in danger, and they are taught rocks can be lethal or cause serious bodily injuries.

Jurors heard from other agents and officers at the scene about what they did the night of the shooting, Oct. 10, 2012, and what they’ve done in the past when responding to rock throwers.

Prosecutors aim to show Swartz had other options when he fired the 16 shots through the border fence at Nogales that killed Jose Antonio Elena Rodriguez, who was in the Mexico side.

The defense, meanwhile, is highlighting how agents are not trained that they must take cover, but instead to make a reasonable decision based on circumstances.

Prosecutors ended most of their questioning to agents by asking if they had been “rocked” as Border Patrol agents and whether they had been hurt or had used their weapons.

“I was rocked three or four times in the nine years I worked in Nogales,” said Leo Cruz-Mendez, who was a supervisor at the time of the shooting. Fortunately, he said, he has never been hit and never fired at a rock thrower.

The four agents who testified Thursday talked about choosing to take cover and increase the distance between themselves and the fence during rock-throwing incidents, but the defense asked about whether that was entirely the agency’s policy, or their decision based on the situation.

“No one at the Border Patrol has ever told you that you have to take cover if someone is throwing a rock at you?” Sean Chapman, one of the attorneys representing Swartz, asked an agent. “No, sir,” the agent responded. “The idea is to use your judgement, assess the situation and do something that is reasonable under the circumstances, right?” Chapman continued.

The jury also saw images of the crime scene on the Mexican side, taken from the U.S. by now-retired Border Patrol agent Roy Pearce, who helped secure the scene that night.

As prosecutors asked about the images showing the body of Elena Rodriguez face down on the ground, his mother, Araceli Rodríguez, looked straight ahead, avoiding the video monitors on both sides. But when Pearce was asked to describe the position of the 16-year-old’s head and whether he was facing the fence or the wall, Rodríguez broke down sobbing and was escorted out of the courtroom with the teen’s grandmother, Taide Elena. The two women didn’t return for the rest of the hearing.

Testimony from other agents and officers at the scene will continue Friday in U.S. District Court in Tucson.

TUCSON — U.S. Customs and Border Protection officers say they have arrested a Tucson woman on suspicion of trying to smuggle some $691,000 wor…

WASHINGTON (AP) — President Donald Trump threw the massive spending bill into doubt Friday, saying he was "considering" a veto of the $1.3 tri…

Nogales border officers seize more than $1.2 million worth of drugs

Drugs were hidden inside the vehicle doors and in the firewalls.

4 vehicles involved in serious-injury collision on Tucson's north side

At least one person suffered serious injuries in the collision.

The family of six is being assisted by personnel with the Northwest Fire District.

Forensic expert says it appears boy moved as agent kept firing at him from border fence.

The third week of the criminal trial against an agent accused of killing an unarmed Mexican teen is set to continue in a Tucson courtroom.

The Border Patrol agent recalled only portions of the fatal incident.