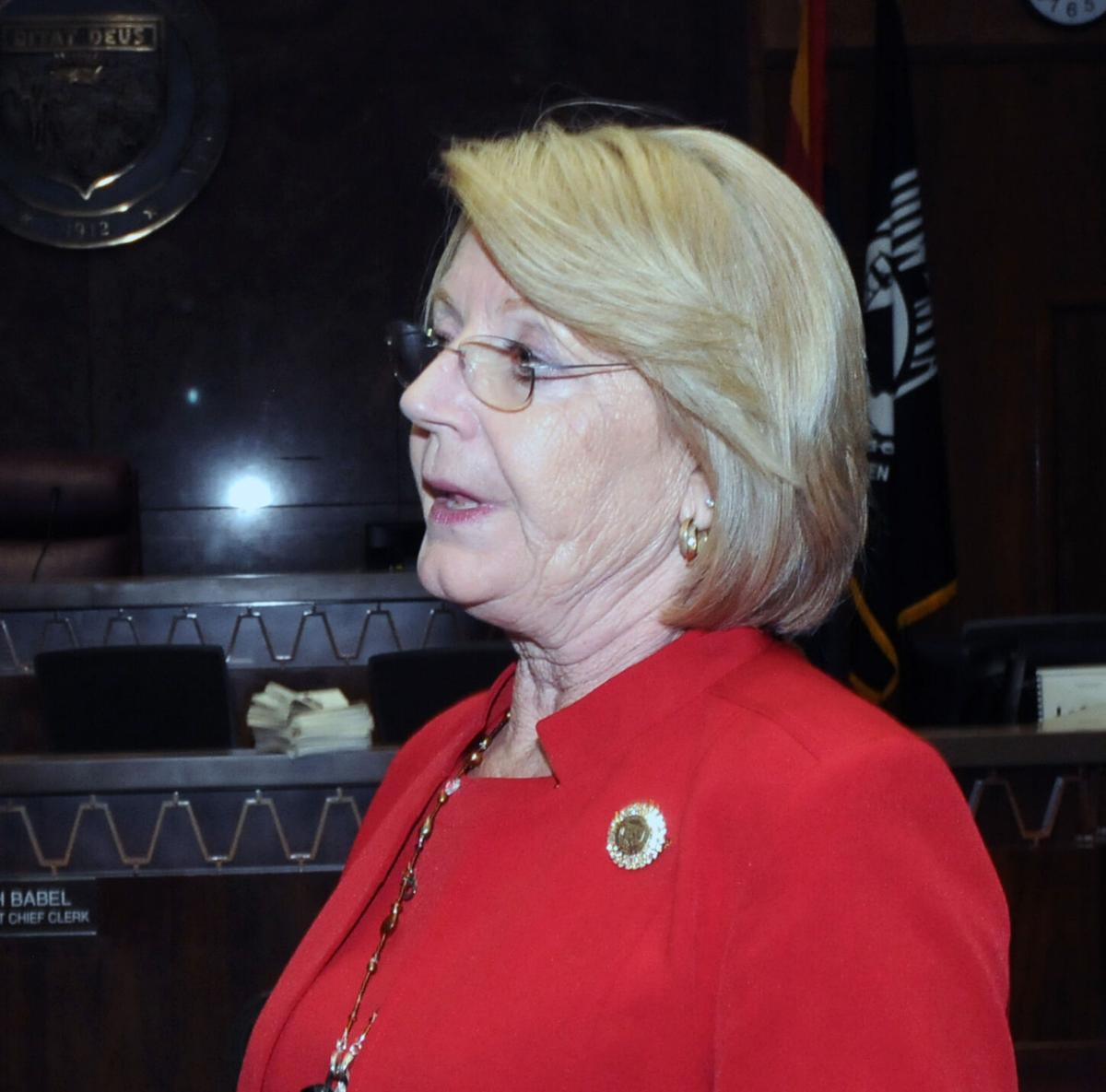 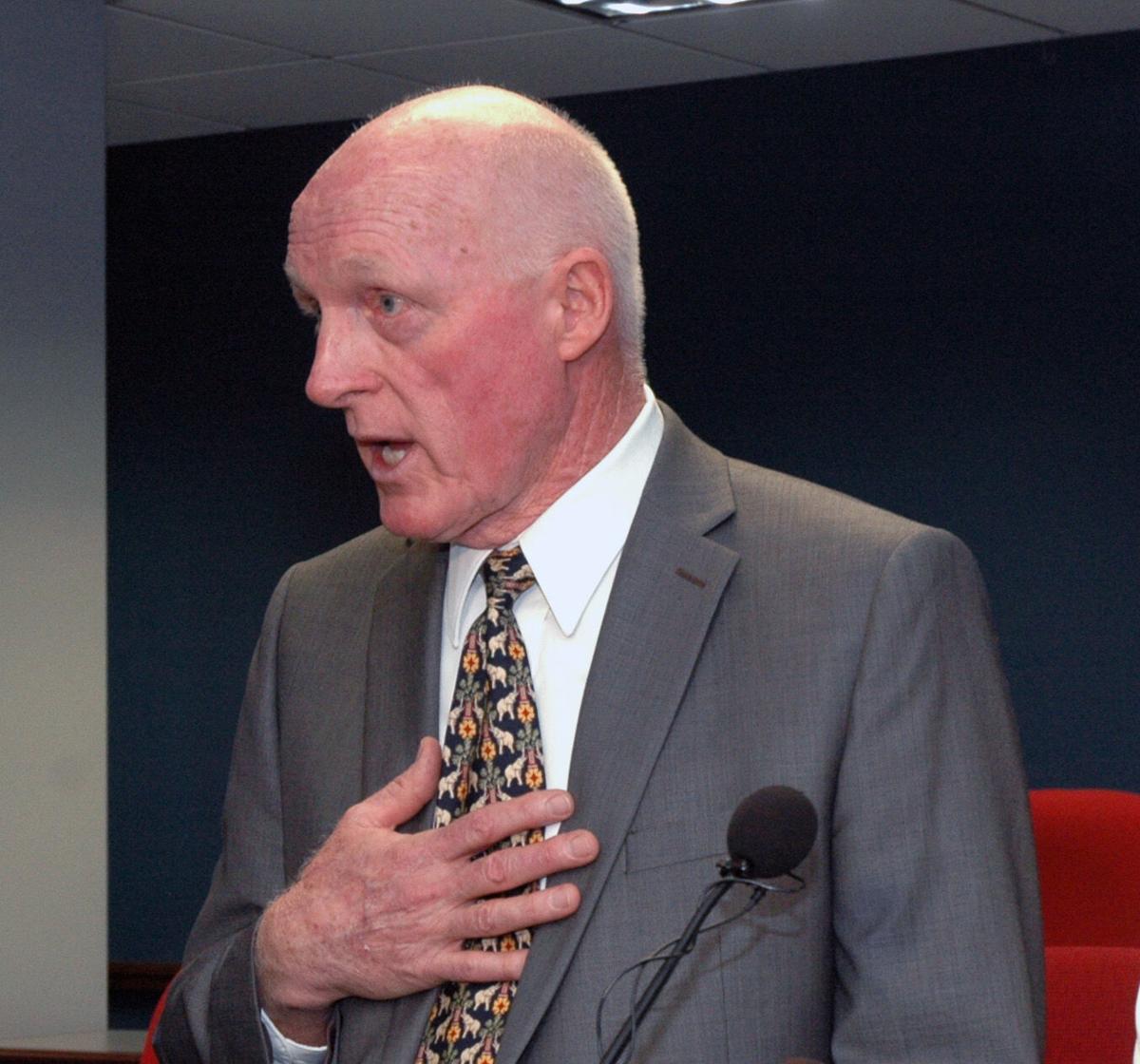 Arizona House Speaker Rusty Bowers had an interesting take on how Gov. Ducey's recent vetoes could be a positive. "It kind of unifies people in one way," he said. "It makes them uniformly mad."

PHOENIX — The decision by Gov. Doug Ducey to veto bills because he has not seen a budget will only make it harder for Arizona lawmakers to reach that goal, says Senate President Karen Fann.

It’s bad enough that Ducey seems to be ignoring the fact that Republicans do not have a lot of wiggle room to line up the votes, Fann told Capitol Media Services.

That’s because it will take all 16 Senate Republicans and 31 in the House to approve any spending and tax-cut package. And that, in turn, empowers each GOP legislator to hold out for his or her priorities.

“One person can hold things up,” Fann said.

But what’s worse, she said, is that many of the 22 bills he vetoed on Friday were crafted and sponsored by lawmakers who were the most supportive of the $12.8 billion spending plan and $1.9 billion in tax cuts. And all Ducey managed to do is annoy his friends.

“Many of these members are the ones that have been team players with getting the budget together,” Fann said, trying to get other Republican holdouts on board.

“So to veto their bills to try and send a message just was not fair,” she said. “I don’t know what they were thinking,” she said.

Fann isn’t alone in that sentiment.

“I don’t think the governor’s move helped us especially,” said House Speaker Rusty Bowers of his efforts to line up the votes for the plan.

But Bowers told Capitol Media Services he remains confident that a deal can be cobbled together that will get the necessary votes, even if they’re not happy with everything in the package.

“We get agreements, we get close,” he said.

“We ask people to hold their nose,” Bowers continued. “There are things that everybody doesn’t like.”

And Bowers had an interesting take on how the decision by Ducey to veto 22 bills — all but three of them sponsored by Republicans — actually could help bring about some consensus at least within the GOP caucus, if not with Ducey.

“It kind of unifies people in one way,” he said. “It makes them uniformly mad.”

For his part, Ducey is unapologetic about quashing those 22 bills.

And press aide C.J. Karamargin denied that the move blindsided legislative leaders even as they were working to put a package together. He said the vetoes were designed to send a message.

“The governor believes the legislature should do its job,” Karamargin said. “Our hope is that a message like this will enable them to do so.”

Much of the push, he said, is because the new fiscal year begins in only about a month. That, said Karamargin, does not give a lot of time to finish the plan.

Only thing is, the details of the package were not finalized and announced by the governor until less than two weeks ago. More to the point, it wasn’t until the package was ready to unveil that the fine details — the things that people wanted in the plan to get their votes — were available for legislators to see.

But Karamargin denied that Ducey shares some of the blame for the time crunch.

But that’s only part of Ducey’s frustration.

And at least part of the reason for that was that several legislators — Fann included — had vacation plans, some of which had been in the works for months.

That clearly miffed the governor.

“They knew that the deal was in the process,” Karamargin said. “So, knowing that, would you pick that time to go on vacation?”

Fann said that ignores the record, starting with the fact that lawmakers began the session in January.

“We have all been here willing to work every day,” she said.

And Fann said it’s not like people being away from the Capitol brings everything to a halt.

Bowers said that, with or without Ducey’s help, efforts continue to line up that elusive majority.

He said he took the weekend to invite people to his ranch to chat and “have a hamburger.’’

And that, Bowers said, occurs one vote at a time.

“I talked one person off the cliff today,” he said, with “a reasonable discussion and a reasonable outcome.”

“We do what we’ve got to do to have a budget,” Bowers said.

Fann also pointed out that if a deal is struck before June 10 the Senate has set up procedures to actually allow members, who may still be on vacation, to vote via Zoom from wherever they are located.

Anyway, she said, it made no sense to keep the session active — and demand that all lawmakers come to the Capitol each day — until there is a deal with the necessary votes to approve.

“I can’t have them come in every single day and sit around while everybody is still trying to convince one person to vote on the budget,” Fann said.

And there’s something else she wants the governor to remember as he is lashing out at Republicans for failing to line up and agree to a deal: The alternative is approaching the Democrats for the necessary votes.

“Do you think the governor’s going to like it if we have to negotiate with other members that are totally against his tax package?” Fann said.

“Is that what he’s doing, forcing us to have to negotiate to get 16 (Republicans) on, if we’re going to have to find a different 16?” she said. “And that different 16 is not going to be in favor of what he wants.”

Letter: Re: the May 31. article “Ducey's veto spree might affect budget deal”

Arizona Supreme Court ruled this week that there is reason to believe that Darren Irving Goldin could not get a fair trial because a lawyer had improper conversations with a court-appointed confidential intermediary.

Kari Lake's website does not specify her party affiliation, though it's presumed she wants to be the Republican nominee.

Arizona House to vote Monday on spending and tax-cut plan, even if "a Hail Mary"

House GOP leaders plan to put their state spending plan and tax-cut package up for a vote as early as Monday. It's unlikely, though, that they currently have the votes — a fact they acknowledge.

With Republicans at a stalemate, Gov. Doug Ducey said Wednesday he's willing to work with Democrats to cobble together votes for a spending and tax-cut plan.

Higher benefits for jobless Arizonans are a must, Senate president says

The Senate president is firing a warning salvo at House Republicans who would kill the first increase in unemployment benefits in 17 years: It's not a good move for your political future.

PHOENIX — State senators did something Thursday they haven't done in four decades: voted to override a gubernatorial veto and set the stage fo…

Arizona House Speaker Rusty Bowers had an interesting take on how Gov. Ducey's recent vetoes could be a positive. "It kind of unifies people in one way," he said. "It makes them uniformly mad."