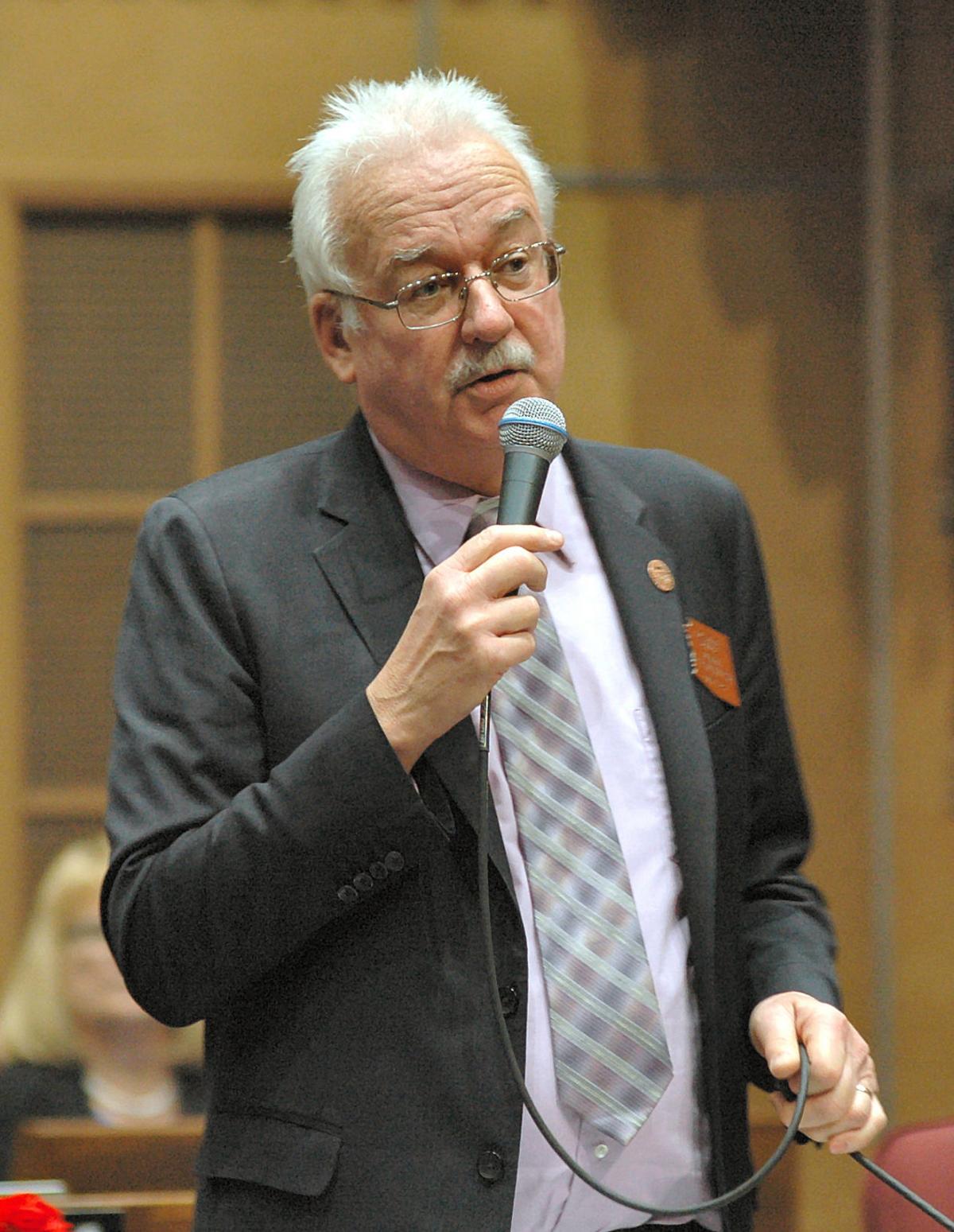 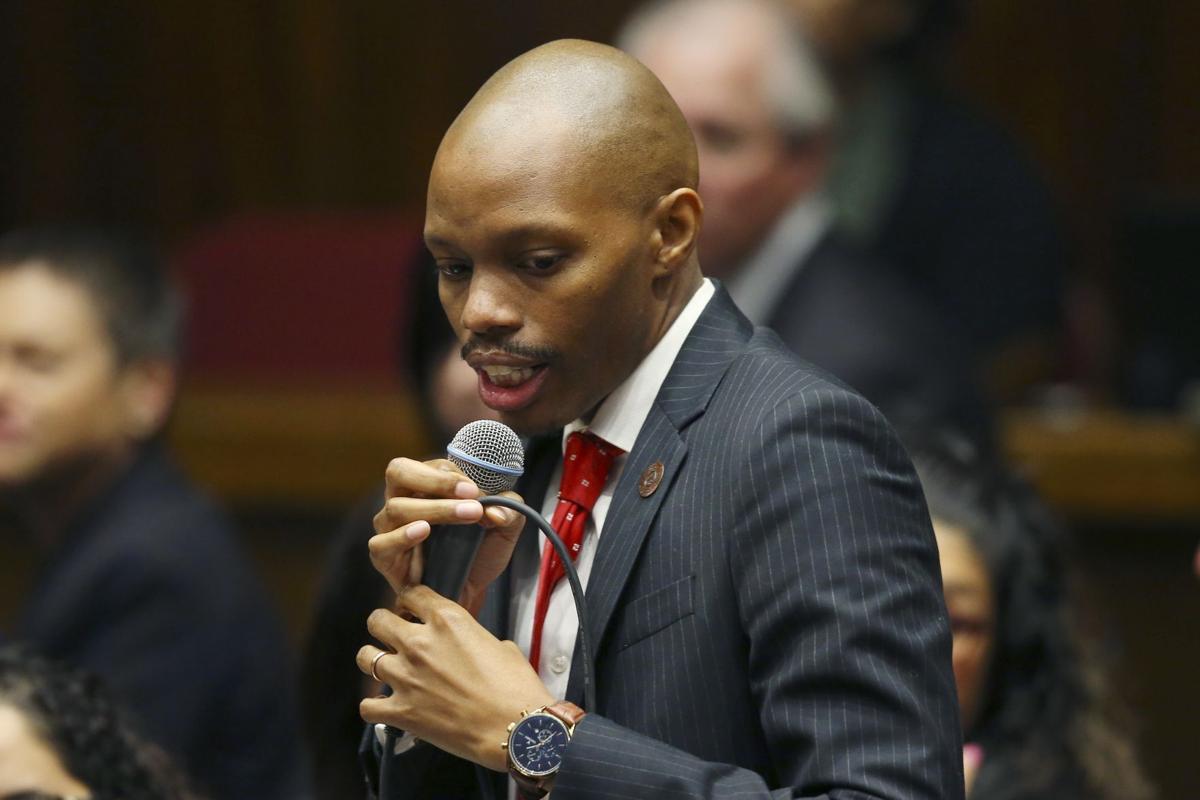 PHOENIX — With state revenues running $1 billion ahead of expectations, Republican lawmakers are looking at compressing all of the state’s income tax brackets down to a single rate.

The proposal being circulated among the GOP majority calls for a flat 2.5% tax rate within three years. By contrast, Arizona now has a progressive rate structure, with residents paying rates as low as 2.59% on taxable income of up to $53,000 for married couples and as high as 4.5% on earnings above $318,000.

But that’s only part of the package.

Legislators are weighing yet another cut in the assessment ratio of businesses. That is the figure used to compute their property taxes.

And there’s still a plan on the table that would let some high-income families escape the 3.5% income tax surcharge approved by voters to help fund education.

Lawmakers have been moving in the direction of a flat tax for years.

Arizona until recently had five brackets, with top rates in the 1990s as high as 5.17%. Now the state has four brackets.

House Minority Leader Reginald Bolding, D-Laveen, acknowledged that, at least on the surface, there’s nothing inherently unfair about a flat tax: Everyone pays the same percentage of what he or she earns.

Leaving aside the policy question of whether the revenue should be invested in education and infrastructure, Bolding said the more important question is whether it’s equitable. And that, he said, needs to be part of a public — and transparent — discussion, rather than something that likely will be formally rolled out just 24 hours before it is voted on.

“A single rate is fair to everybody,” he said. “Rich people pay more than poor people with a single rate, just not as much as with a so-called progressive rate.”

“If it’s a true flat tax, then it starts from the first dollar earned,” he said. “There’s no exemptions or deductions, there’s no write-offs.

But Mesnard pointed out that Arizona has a whole list of deductions and exemptions from income, both on a per-person basis in the household as well as additional exemptions for those over 65 and the blind.

Plus even people who do not itemize on their state tax returns get a standard deduction of up to $24,400 for a married couple filing jointly. That means most people at the bottom of the income scale have no taxable income against which to compute the tax rate.

And there is the possibility of additional alterations to make the package more palatable, including a $50 per dependent credit against taxes owed, up to $200 per family.

“There’s talk of giving some extra bonuses for dependents to cushion the differences,” Kavanagh said.

The debate over cutting taxes goes beyond the structure.

Sen. Paul Boyer, R-Glendale, pointed out that cities now get 15% of what the state collects in income taxes. He figures the amount of foregone revenue through the flat tax proposal would translate out to about $225 million a year less to cities.

And making it up is no easy task. Boyer cited a 1972 voter-approved amendment to the Arizona Constitution where cities gave up the right to levy their own income and luxury taxes in exchange for revenue sharing.

More concerning, he said, is the effect the tax cuts would have on public safety.

In Glendale, one of the cities he represents, those expenses make up 66% of the total municipal budget; for Phoenix it’s 71%.

And the time, Boyer said, could not be worse.

“This is a serious ‘defund the police’ moment,’’ he said. “Because of the overwhelming amount that does go to public safety — and this would be a significant hit to cities and towns — I just can’t support it.’’

“I get it,” Toma said. “Nobody likes to lose revenue.”

But he made it clear he doesn’t think the cities would be as hard hit as they claim.

First, Toma said, is that the phase-down in the tax rate would occur over three years. And with revenue sharing based on state collections from two years prior, that means the full effect won’t be felt until 2028.

One is that Arizona agreed to take advantage of a U.S. Supreme Court ruling which allows states and cities to impose their own sales taxes on purchases made by Arizonans from online sites. Toma estimated that between what cities collect on their own and their share of extra state revenues, that comes close to $200 million.

At least part of that, he said, is related to COVID and the fact that people moved more of their purchases online. But Toma said the economy already was headed in that direction, pandemic or not.

“That will continue to grow,” he said.

All that still leaves the question of $1 billion or more in tax cuts is sustainable on a long-term basis what with a current $11.6 billion budget.

In some ways the state economy has been artificially buoyed by federal COVID dollars. In fact, at one point Gov. Doug Ducey gave $400 million of that to state agencies but then reduced their state funds by $300 million.

Most Arizonans also got checks from the federal government which contributed to spending.

And then there’s the fact that Arizona has a history of times of boom and bust.

But Toma doesn’t believe the next downturn will be as bad as the prior recession — the one before what happened during the pandemic — based at least on the fact that the state’s economy is not as dependent on home construction.

Plus Arizona has $1 billion in a “rainy-day fund.”

And Toma shares a philosophy with many Republicans.

“I think its actually worse to grow government and to grow agencies and to provide all kinds of cool programs, and then you have to cut them when people are going to need them the most in the future,” he said. “The cuts are going to hurt worse.”

Oldest message in a bottle ever found confirmed by archives

Oldest message in a bottle ever found confirmed by archives

The measure now goes to Gov. Doug Ducey, who proposed it and is of course expected to sign it.

Arizona puts brakes on election funding by outside groups

Reading this article, one would think that there are no Democrats in the State Legislature. Actually, of 60 House members, 29 are Democrats. O…

GOP legislative leaders and the governor are circling in on a plan to permanently cut $1.5 billion in annual tax collections over the next several years.

Some in Ducey's GOP question his tax plan

Gov. Doug Ducey's bid to cut $1.5 billion a year of state revenues is based on an economic theory and a set of numbers that some lawmakers say don't hold up.