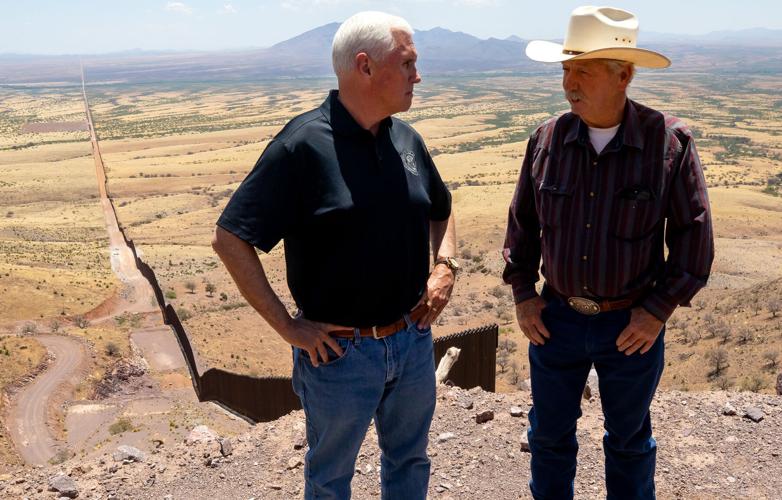 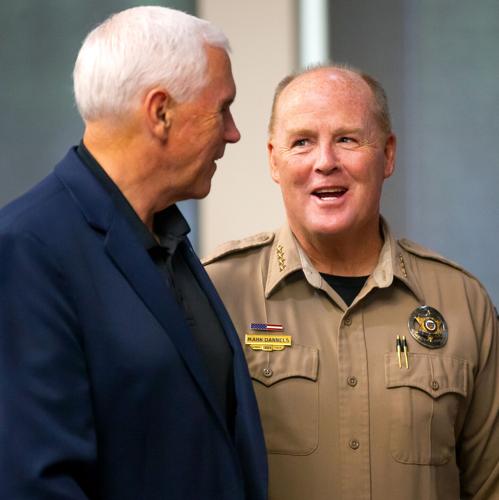 Former Vice President Mike Pence called Monday for limiting legal migration only to those who this country needs and who can support themselves.

“We need to make it clear that the people that are coming into this country can support themselves, support their family,’’ he said in Phoenix during what was in many ways a campaign rally aimed at electing Republicans this fall and a GOP president two years later.

Pence also said he would shut the door on any talk of creating a path to legal status for the approximately 11 million people estimated to be in this country illegally.

“All forms of amnesty, whether legislative or administrative, must be vigorously opposed,’’ he told his audience of legislators and others invited to the event held at the Arizona Commerce Authority.

“America is a nation of laws,’’ Pence said. “And we must stand on the principle of the rule of law and reject amnesty in all of its forms.’’

The nearly 35-minute speech in many ways was more of a campaign rally than policy address.

Pence repeatedly mentioned not only this year’s congressional races, urging the election of Republicans to oust the Democrats from control of the House and Senate.

He also repeatedly lashed out at President Biden and his administration. He stopped short, however, of saying that he is the person to oust Biden in the 2024 presidential election.

Earlier Monday, Pence visited the Arizona border with Mexico to talk to residents and authorities about border security concerns and what he called “an American tragedy.”

“We have a crisis at our southern border that the people of Cochise County live with every day,” Pence said to the officials and a gaggle of reporters at Cochise College in Sierra Vista. “The reality is many in our nation’s Capitol and many in our national media have simply turned a blind eye toward a widening human tragedy that is causing hardship and heartbreak on both sides of the border.”

The numbers of migrants being apprehended at the U.S.-Mexico border has steadily increased since the summer of 2020 to record levels in March and April of this year. Across the globe, migration is at record levels as many countries deal with the effects of climate change, economic fallout after the pandemic, and rising levels of violence.

Republican Gov. Doug Ducey was supposed to join the former vice president, but his office announced earlier in the day that he had tested positive for COVID-19 and would not attend. Ducey was asymptomatic and feeling well, his spokesman said.

Pence and the group traveled from Cochise College to the border in Coronado National Forest, near Montezuma Pass, where a long stretch of border wall ends on the incline of a steep mountain.

Pence told the group of national and local reporters that the Trump administration “handed over the most secure border in American history,” because of the leadership, immigration policies and relationship the administration had with the Mexican government, “and now, we have the worst border crisis in the history of our nation,” he said.

Pence said several times that the Trump administration reduced illegal immigration by 90%, without saying where that statistic came from.

Pence said the increase is because the Biden administration undid policies the previous administration had in place, specifying “catch and release,” the Remain in Mexico program, declaring a national emergency on the border with Mexico, a treaty agreement with the North American triangle and building a wall on the southern border.

“Catch and release” refers to the practice of allowing a migrant who has already entered the country and has an upcoming hearing in immigration court to await their hearing in the community rather than in immigration detention.

The Remain in Mexico policy, enacted under Trump, has migrants who have been entered into the immigration system wait in Mexico for their court dates in the United States. Although the Biden administration originally ended the policy, it reinstated it after courts ruled its ending was unlawful.

“A nation without borders is not a nation, and soon we will again have leadership that understands that,” Pence said, referring to the upcoming midterm elections for U.S. House and Senate.

Get the latest in Southern Arizona border and immigration news here

Tucson's 2022 monsoon predicted to be wetter than normal

Even though the 2022 monsoon is predicted to be wetter than normal, it is not expected to be as wet as the record-breaking 2021 monsoon.

The 33-year-old was driving a white 2003 Honda Odyssey minivan northbound on South Freeway when he lost control and struck the west side curb.

Republican state senators are crafting legislation to make it a crime for parents to let a minor attend "drag" shows, saying that promotes "sexual perversion."

Number of migrants at Arizona-Mexico border continues to increase

For Star subscribers: The number of migrants showing up at the entire U.S. border with Mexico continues to break records, as does the number who pass through Pima County needing assistance. Arizona's May numbers were also higher than previous months, though not a record.

The 32-year-old from Chiapas, Mexico, suffered stab wounds to the chest and blunt force injuries after an incident with a Border Patrol agent in Douglas last month.