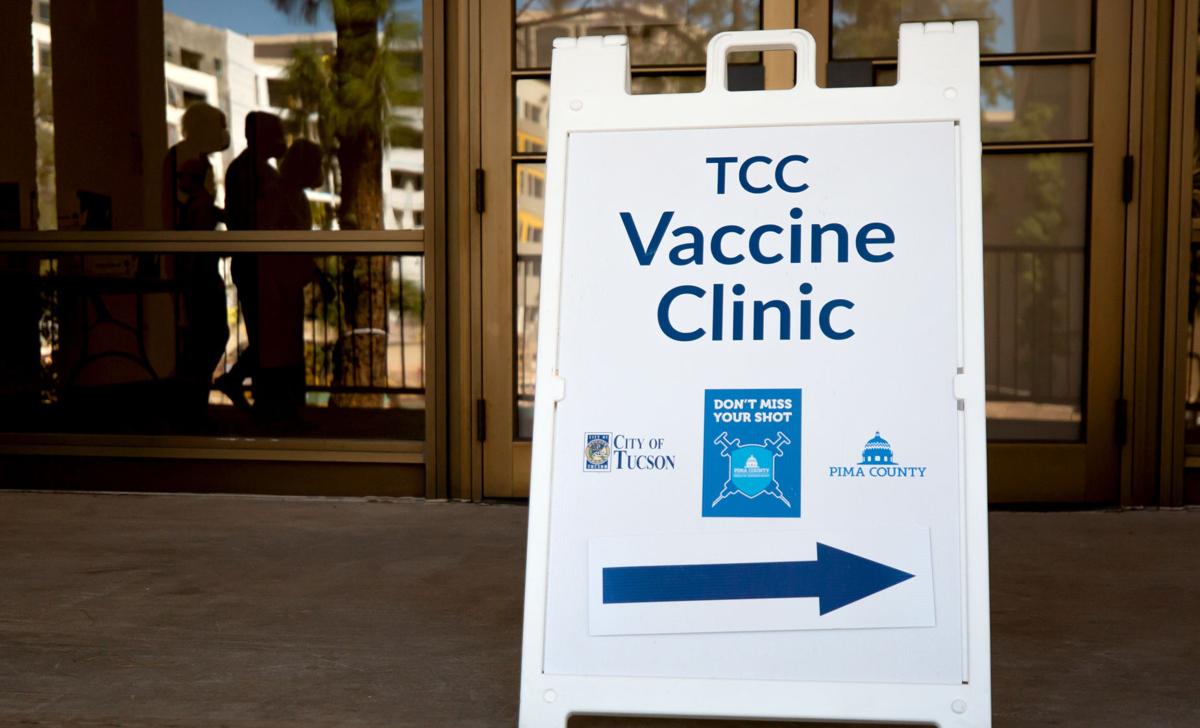 About 2.5 million Arizonans have gotten at least one dose of a COVID-19 vaccine, and 1.6 million are fully protected. 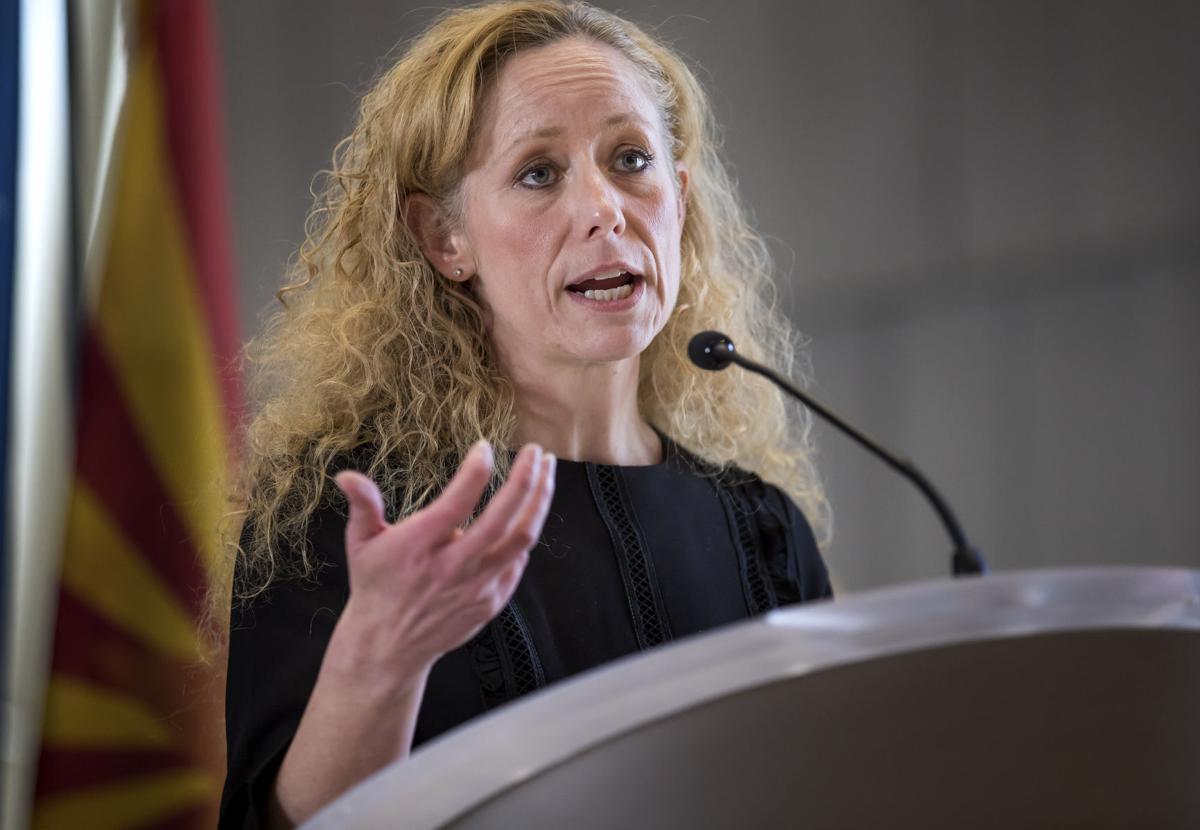 Dr. Cara Christ, the state’s top health official, acknowledges a slight uptick in the number of virus cases in Arizona, saying it was anticipated as more people leave their homes.

PHOENIX — The state’s top health official said Friday she supports the idea of “vaccine passports” but does not want people to be required to show them to enter certain businesses.

The issue of passports has taken center stage since the Biden administration said it was developing standards for people to prove they have been vaccinated against COVID-19. While press secretary Jen Psaki said there will be no national mandate, the idea that people might be asked for their papers has raised concerns.

An Arizona Senate panel already approved a measure, House Bill 2190, to preclude businesses from demanding proof of vaccination for customers.

It also would prohibit business owners from making proof a requirement for employees. But Rep. Bret Roberts, R-Maricopa, said that wording is likely to be removed when the measure goes to the full Senate.

Sen. Kelly Townsend, R-Mesa, is seeking a legal opinion from Attorney General Mark Brnovich on whether private companies can make vaccination proof a condition of being a patron or an employee.

“That’s something that we’re kind of looking at here,” said Dr. Cara Christ, director of the Arizona Department of Health Services. “If Arizonans want access to that vaccine history, I think that there should be a very easy way for Arizonans to do that. We would like to facilitate that, but not as a requirement into events or those types of things.”

Christ said she carries around the paper card she got when she got inoculated.

“It would be nice to have an electronic format of some of that,” she said. “But we’re not looking here at the department at making that a requirement.”

This isn’t a question for her department, Christ said.

“Business owners do have the ability to implement mitigation strategies,” ways to protect against the spread of the virus, she said. Those are not limited to masks and social distancing.

That could change, depending on Roberts’ legislation and any possible Brnovich opinion.

States are moving in different directions.

New York has developed its “Excelsior Pass,” which is being promoted as a way of “reopening New York’s economy and accelerating the return to pre-pandemic activities.”

But last week, Florida Gov. Ron DeSantis barred government agencies from issuing any standardized document to show vaccination. He also specifically prohibited businesses from requiring patrons to provide any documentation showing they either were inoculated or had recovered from COVID-19.

In Texas, Gov. Greg Abbott issued a similar directive but with a twist: Documentation could not be required by any private entity that is or will receive public funds through any means, including grants, contracts, loans or any other disbursements of taxpayer money.

A spokesman for Arizona Gov. Doug Ducey, C.J. Karamargin, said there have been no decisions made on such an edict here. But he cited an existing executive order that says the state will not require anyone to be vaccinated.

“There is a track record of the governor’s thinking on this matter,” Karamargin said.

The issue of vaccine passports arose as Christ detailed how there has been a slight uptick in the number of cases of the virus in Arizona. But she said that was anticipated as more people are going out.

It also comes on the heels of Ducey abolishing all occupancy limits on bars and restaurants and eliminating any mandate for customers and staff to wear masks or socially distance. Now those are just recommendations.

But Christ also said there has been no similar increase in the number of people hospitalized. She said that may have to do with the increased number of Arizonans who are vaccinated, and specifically that the state prioritized getting its most vulnerable inoculated early on. About 2.5 million Arizonans have gotten at least one dose, and 1.6 million are fully protected.

Put simply, those who are vaccinated are less likely to require hospitalization and die. Still, Christ said, people need to assess their own risks when deciding to go out. “No vaccine is 100% effective,” she said.

She also warned those who might have only minor symptoms — or not even be aware they have contracted the virus — to avoid spreading it to those who are more vulnerable.

On paper, the latest data show another 1,302 new cases as of Friday. But Christ said the numbers are misleading.

She said they include 625 cases dating from November through February which could not be added to the totals because, until now, there were questions about what type of testing was performed. Those include 270 in Gila County, 142 in Graham County and 213 in Navajo County.

Subtracting those, the number of new cases was 677, in line with what it has been for the past week.

On the subject of vaccines, Christ said Arizona may be approaching the point where the supply exceeds the demand.

Arizona expects to get another 339,230 doses next week, bringing the total to more than 4 million. At the same time, the state is trying to deal with vaccine hesitancy among many of those who have yet to get inoculated or to sign up.

Christ said this isn’t limited to COVID-19, with her department finding similar problems with other vaccines.

One strategy is a new public service announcement featuring what she called “influential leaders” in the community saying the vaccine is safe and urging people to roll up their sleeves. There also are plans for pop-up vaccination events, “put on by trusted community providers.”

There will also be more vaccines distributed by individual health-care providers rather than just at the mass-vaccination sites.

“So it’ll be available where people normally receive their health care and get a lot of trusted advice and guidance and can ask their questions, one on one,” Christ said. “That will help.”

Counties in Arizona can use state law dealing with public health that are not subject to gubernatorial review — or veto, Attorney General Mark Brnovich says in an informal opinion.

PHOENIX — A Senate panel voted 6-4 Wednesday to bar companies from refusing to serve customers who are not vaccinated.

Appointments, vaccinations harder to access for people with disabilities

About 20,000 people in Pima County, and about 20% of people in the U.S., have a disability. Many are more vulnerable to the worst effects of COVID-19 as a result.

About 2.5 million Arizonans have gotten at least one dose of a COVID-19 vaccine, and 1.6 million are fully protected.

Dr. Cara Christ, the state’s top health official, acknowledges a slight uptick in the number of virus cases in Arizona, saying it was anticipated as more people leave their homes.