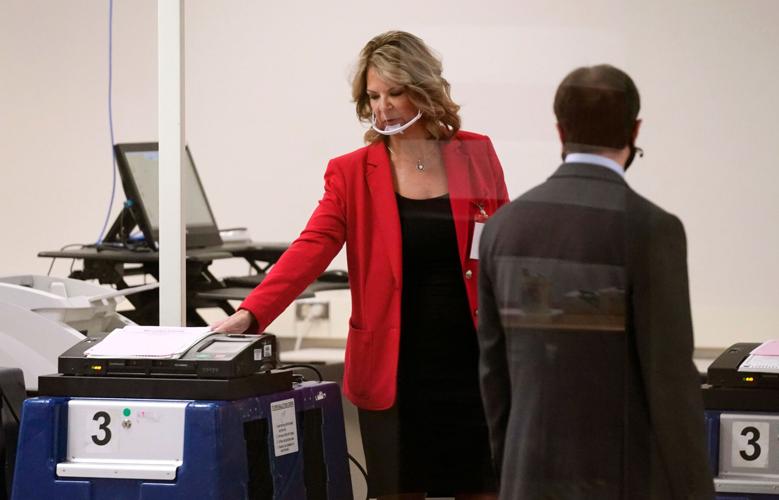 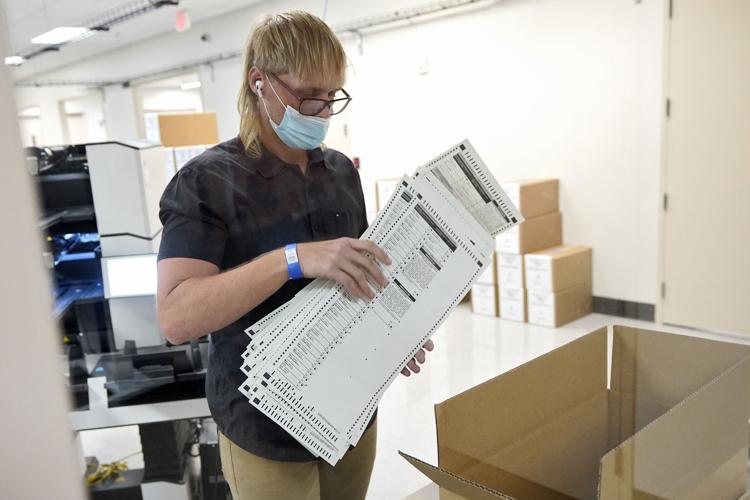 In a 10-page ruling excoriating the GOP for filing suit, Judge John Hannah said Arizona law gives political parties a “privileged position” in the electoral process, part of what’s necessary for self government.

“The public has a right to expect the Arizona Republican Party to conduct itself respectfully when it participates in that process,” Hannah wrote in ordering it to pay more than $18,000 in legal fees. “It has failed to do so in this case.”

And he even accused the party of “gaslighting” him in how it sought to frame the legal issues as it sought to escape those fees.

Hannah said it was clear from the start there was no legal basis for the party and its attorney to demand a different kind of hand count audit of ballots than the one spelled out in state law. That was based on the claim by the party that every election is subject to being investigated and challenged for its falsity, even after the fact.

“That statement shows the groundlessness of the plaintiff’s legal position, because it is flat wrong as a matter of law,” the judge wrote in a ruling released Monday.

The only basis for such a claim, Hannah wrote, is if there is an allegation of fraud or that the result would have been different had proper procedures been followed. But what the GOP wanted was a different method of doing the legally required — and already performed — hand count “to ensure voter confidence and integrity.”

Only thing is, the judge said, the party never cited any legal authority in its lawsuit against Secretary of State Katie Hobbs for him to order a different kind of hand count. Instead, the attorney said he has the authority to “decide what the law is.”

“But that power is not a roving commission to declare the law and order people to follow it,” Hannah wrote.

But what really provoked Hannah’s ire — and his decision to order the party to pay $18,238 in legal fees run up by Roopali Desai, the private attorney hired by Hobbs — was the admission that “public mistrust following this election motivated this lawsuit.”

“The plaintiff is effectively admitting that the suit was brought primarily for an improper purpose,” the judge wrote.

“It is saying that it filed this lawsuit for political reasons,” he continued. “ ‘Public mistrust’ is a political issue, not a legal or factual basis for litigation.”

Jack Wilenchik, the attorney for the state GOP, promised an appeal. He said the ruling will be reversed, rejecting the judge’s conclusion the lawsuit was “groundless.” And he took a few swats of his own at Hannah.

“An order like this only serves to stop plaintiffs from rightfully invoking the courts to hear their issues, and it encourages public distrust in the government for being openly hostile to them,” he told Capitol Media Services. “For a county judge to say that widespread public mistrust in an election is an ‘improper’ reason for a political party to be in his court is sorely disrespectful to the view of the many Americans whom I am proud to represent.”

The issue of fees stems from the legally required random hand count of ballots. That procedures has officials from both parties select a batch of ballots and races within those ballots to determine if what the machine tallied matches what humans concluded.

But Wilenchik, representing the Republicans, charged that the law requires the audits be conducted at 2% of voting precincts.

Only thing is, Maricopa County — and six others — use voting centers where any individual can go to cast a ballot. So the audit was conducted at 2% of these vote centers. He argued that was illegal and sought to hold up the formal canvass of the election results.

Hannah, however, ruled last year that when legislators allowed counties to establish vote centers they also gave the secretary of state the power, through the official Election Procedures Manual, to allow audits in that method.

Then there was the timing issue. The judge said it was “inexcusable” that the party filed suit three days after Maricopa County had publicly announced the result of the hand count.

He said Ward and the attorney denied knowing that.

“But they certainly had constructive knowledge, since the party’s own representatives had participated in the audit,” Hannah said.

And there’s something else: what the GOP did after being told that the hand count was complete and it showed the electronic tabulation was flawless.

“At that point the plaintiff could have quietly walked away from the lawsuit and publicized the audit results to reassure the public,” Hannah said. “Instead it filed its petition to enjoin the election canvass.”

The judge was particularly angry that Wilenchik suggested that awarding Hobbs her legal fees would, in Hannah’s words, “cause the public to question the court’s impartiality and undermine respect for the courts.”

“It is a threat to the rule of law posing as an expression of concern,” the judge wrote. “It is direct evidence of bad faith.”

Hannah had one other legal bone to pick with the party: the claim that it was exercising its First Amendment rights.

“The First Amendment does not give a litigant the right to file and maintain a groundless lawsuit,” he wrote.

Citing worries about influence on voters, HB 2569 would ban grants like the $6 million last year from the Mark Zuckerberg-backed Center for Tech and Civic Life.

The measure, SB1379, left many unsatisfied amid complaints that it does too little to make a difference for neighborhoods.

Gov. Doug Ducey said he remains confident in the results of the 2020 election yet wants to see the results of a Republican-backed audit and hand count of 2.1 million ballots cast in Maricopa County.

The next time you cast an early ballot, it looks like you'll have to provide more information.

Arizona Senate's audit of 2020 election will continue despite judge's concerns

A judge ordered a halt to the Senate's audit of 2.1 million ballots, citing questions about security and secrecy. But it was contingent on the Democratic Party posting a bond to cover potential costs of a delay. The party said no.

Biden: US to stick with Ukraine, sending $800M aid

Biden: US to stick with Ukraine, sending $800M aid