Download a PDF that you can enlarge for easier reading

And what's that feather?

We all know Truman defeated Dewey in the 1948 presidential election despite the famous incorrect headline on the front page of the Chicago Daily Tribune.

But the real question 71 years later is: What is the meaning of the giant feather superimposed on the front page?

While the feather isn't red on this reprint of the front page of the Arizona Daily Star, it was probably red when the newspaper originally went out to readers. When the Star was microfilmed, it was filmed in black and white and that is all the record we have, so we don't really know.

The "Red Feather" marked the start of the Community Chest campaign of 1949.

The Community Chest was a precursor to the United Way, a way for employees of businesses to contribute to services to help children in need, those with disabilities and others less fortunate, and organizations that help them.

A picture of the red feather would be placed in the windows of homes and businesses of those who had done their part to contribute.

In the days of hot type, another question might be how did they get that feather printed on the front page?

With the help of former Star employees Elaine Raines, Maria Parham and Dave Skog, we were able to learn the meaning of the feather and then to get in touch with Glenn Looney, who was one of the people who put the Star together back in the day when the Star was located at 208 N. Stone Ave. It moved in 1973.

While Looney didn't know the specifics of this particular front page, he said it was likely the page went through a second printing when the red feather was printed over the page on which the news had already been printed. That second plate would have been made in the plate camera department.

Limited color was possible in those days, but expensive. The attention-getting feather was likely an example of a community service effort by the Star.

The Red Feather is attracting a maximum of attention in Tucson since the start of the Community Chest campaign this week, says Stanley Steele, director of the campaign, and executive secretary of the chest. Steele has been watching the reaction of the public to the red-feather symbol. He noted that when it appeared on the front page of Thursday's Arizona Daily Star, it aroused considerable interest.

In recognition of this interest, Steele took time out yesterday from the big job of directing the drive for $168,850 to carry on the work of the eleven chest agencies during 1949, and explained the meaning of the little emblem.

"As the workers accumulate pledges in the campaign," Steele said, "you will see the Red Feather appear in the windows of homes and business houses of the city and on the persons of its citizens signifying they have done their share in support of the Community Chest. Lots of people will be wanting to know what it symbolizes. It's a short cut to an idea ─ a little mental picture that stands for something big.

"The Red Feather is the symbol of service varied and important. It may be the service which watches over an infant with loving tenderness, or helps a crippled youngster walk again, or lifts a family struck down by trouble to its feet again, or provides care and kindness for somebody's lonely old age.

"In Tucson there are 11 worthy organizations providing services like these and many others every day in the year. The Red Feather is a symbol of the service provided by the Arizona Children's Home, Boy Scouts, Catholic Social Service, Community Service, Inc., which includes Comstock Hospital and Ryland Farms; Council of Social Agencies, Girl Scouts, Jewish Social Service, Salvation Army, Social Service Exchange, YMCA and YWCA. When the Red Feather is displayed in Tucson it means that somebody has responded to the Community Chest appeal for the support of these agencies in a spirit of living and caring, a spirit of giving and sharing."

Stories of note from past Novembers include the dedication of the Tomb of the Unknowns, the death of Harry Houdini, a blackout in the northeas… 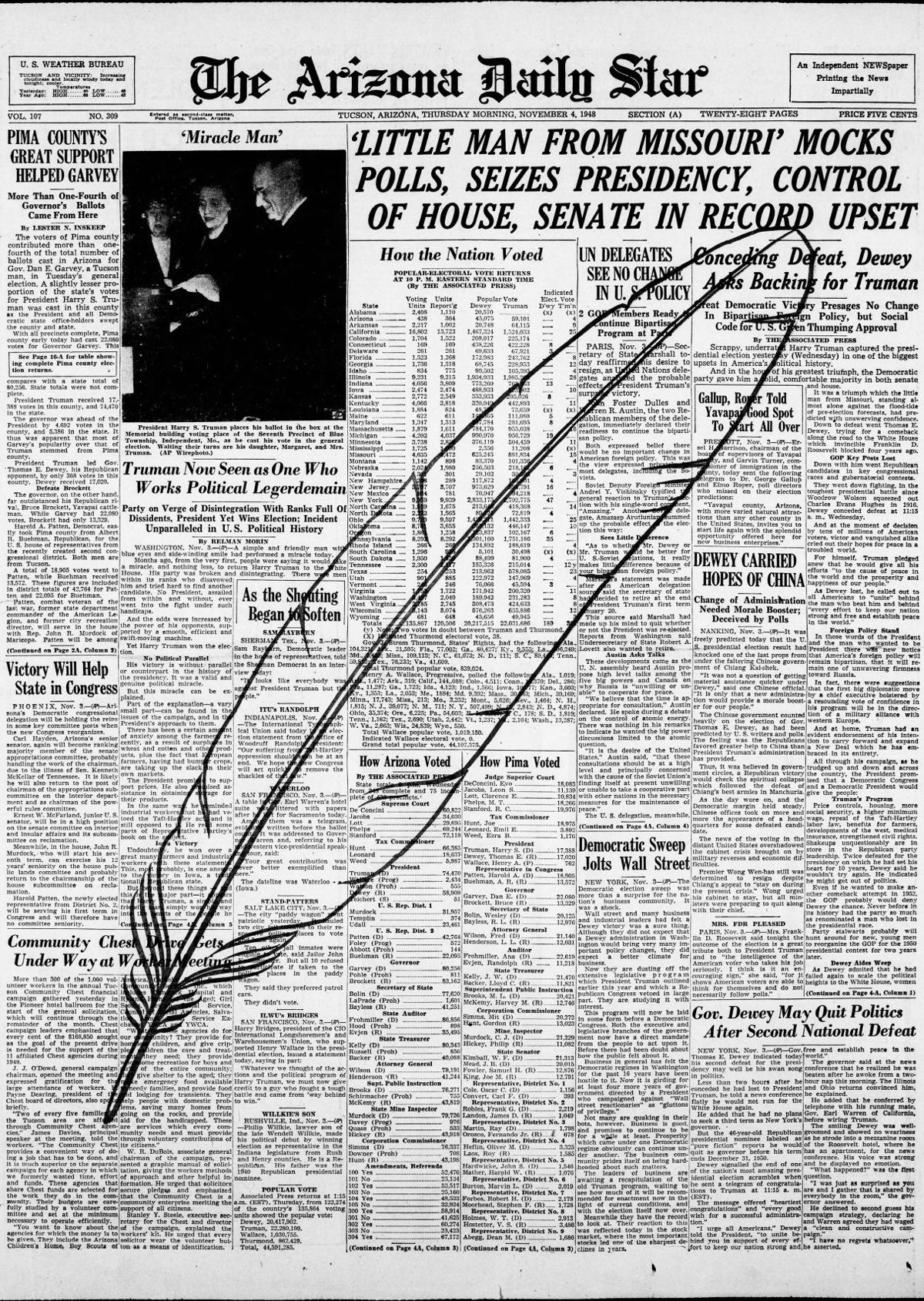 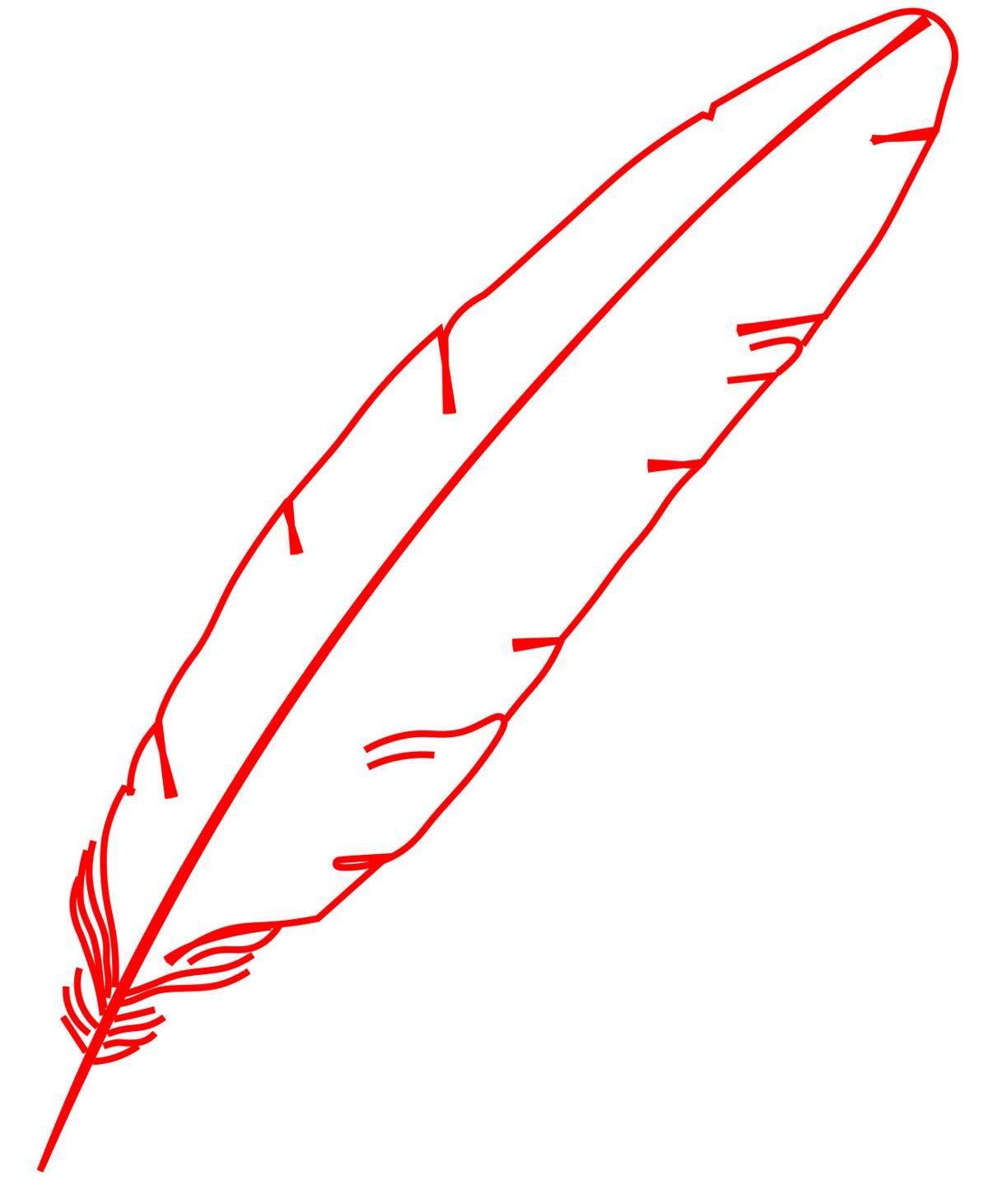