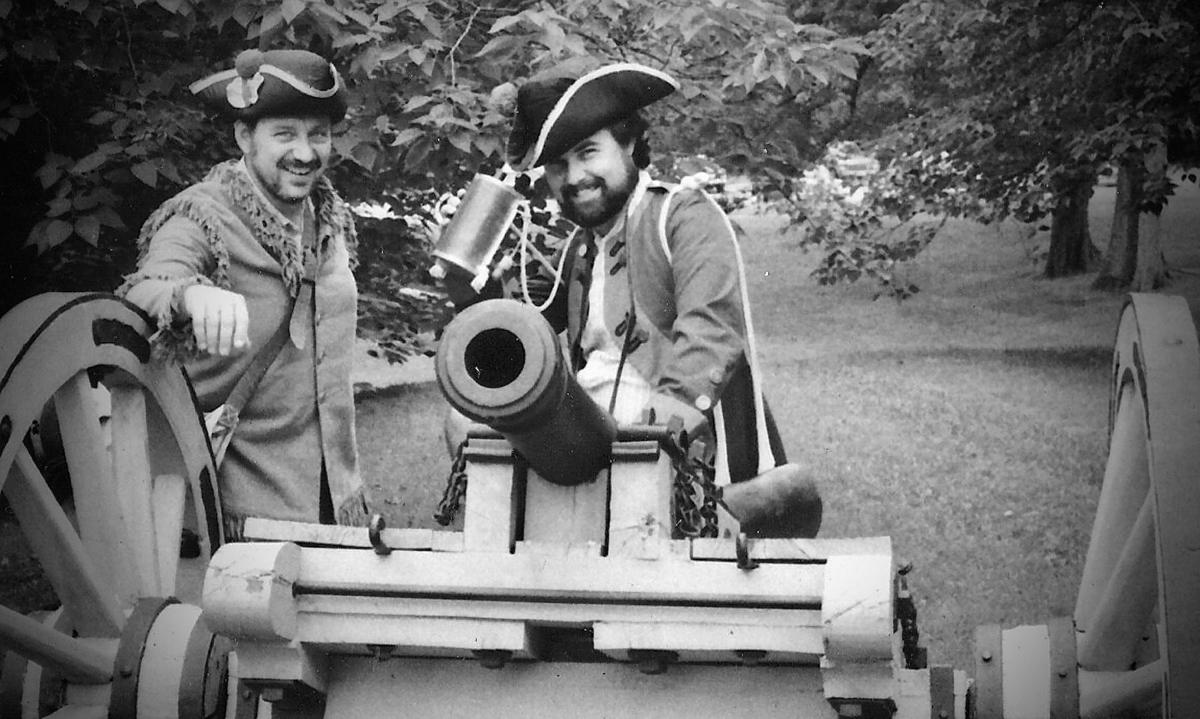 When I was young I worked in the eastern United States. It was there, in a misty woodland landscape dotted with Revolutionary War cemeteries and battlefields, that I became bewitched by our rebellion against the king.

In the spring of 1775, 700 redcoats marched out of occupied Boston to seize a cache of rebel arms hidden 20 miles to the west of the fallen city. As the sun rose over Lexington, Massachusetts, a tiny band of vastly outnumbered farmer patriots, under the command of Capt. John Parker, met the most powerful army in the world, the king’s army.

Eight defiant Americans fell. It mattered little who had fired, “the shot heard round the world.” Bow and kneel before any king? We’d rather die! The New World belonged not to kings but to “The People” and the people were happy to refresh the Tree of Liberty with the blood of any redcoat who dared to strike up a quarrel.

The smug redcoats marched on to Concord where 400 minutemen, come from every farm and village, lay in anxious wait, muskets loaded. When the sparks and smoke subsided they had killed three, wounded nine and driven the rest of the Royalists into retreat.

From behind rocks and trees, the Sons of Liberty rained lead on the Crown’s best as they fled back to Boston. Would the king shirk off our revolution when he learned we had killed 73 of his finest infantrymen?

Burn an effigy of the king in Boston and you’ll hang.

In an ensuing bloody contest, 450 fearless Americans sanctified Bunker Hill with their lives. Before retreating, the colonials killed over a thousand of the king’s redcoats, leaving them to the crows.

By 1776, Congress had gathered in Philadelphia to condemn the abuses of the king and to declare our independence from the corruptions of the old world.

Outgunned and outmanned, our Continental Army would strike, retreat and repeat.

New York was lost. Battles were lost. In the winter of ’77 Congress tabled the idea of providing shoes to our frostbitten patriots at Valley Forge, where nearly 2,000 perished from illness in the cold. Nearly as many Americans perished at Pearl Harbor.

We needed a win to raise morale. It came at Trenton when Washington’s forces killed 22 mercenaries and captured 800 more.

In 1781, five bloody years after our Declaration of Independence, Gen. Washington’s army, accompanied by allied French forces, marched to Yorktown, Virginia, and crossed bayonets with the king’s finest, under the command of Gen. Cornwallis (who did not attend the surrender ceremony, claiming illness).

Eighty-eight patriots died in that final bloody battle to rid us of his royal majesty. On that Autumn day a solemn procession of 7,000 defeated redcoats laid down their arms as the king’s fife and drum played “The World Turned Upside Down.”

Seven years later, our nation’s prominent patriots debated their vision for our republic in “The Federalist Papers.” How would we govern ourselves? In that age of treachery and turmoil, when spies and foreign powers were clawing into the new world, our nation heeded the warning of Alexander Hamilton:

“Nothing was more to be desired than that every practicable obstacle should be opposed to cabal, intrigue, and corruption.”

Too many had died to surrender vigilance against the Old World’s most sinister contagions. Hamilton had led a bayonet assault on Redoubt 10 at Yorktown on a moonless night. He goes on:

“These most deadly adversaries of republican government might naturally have been expected to make their approaches from more than one quarter, but chiefly from the desire in foreign powers to gain an improper ascendant in our councils. How could they better gratify this than by raising a creature of their own to the chief magistracy of the Union?”

In 1789, thousands of veterans, widows and orphans of the revolution gathered in a free New York City to see their beloved wartime commander, Gen. George Washington, take the oath of the presidency, swearing to defend our new nation and its imperfect Constitution against every enemy, domestic and foreign.

Forged in the blazing fire of insurrection and inked with the blood of patriots, our Constitution promised the victors of our bloody rebellion a shining city on a hill, a new democratic republic free of corrupt aristocrats and petty kings, a nation where no man, whether commoner or prince, was above the rule of law. Unlike kings, accountable only to God, every last public representative in our government would be accountable to “We the people.”

The common people, who always risk all for liberty and the just rule of law, are heeding Hamilton’s words of warning from two centuries ago: “A nation which prefers disgrace to danger is prepared for a master and deserves one.”

I think of the veterans slumbering in those Revolutionary War graveyards, restless in their graves, watching us, the heirs of their 244-year-old hard fought revolution, surrendering like craven Tories to a new “King George,” a corrupting monarch who, unlike the people, intends to reign eternally, above the law.

Fitz's Opinion: Amy Klobuchar is this cartoonist's candidate of the minute

Begging the question who will he support next week?

Tucson Police Cpt. John Leavitt contends there is "an inaccurate picture regarding local efforts to steer those suffering from substance use disorders toward treatment, while reserving prosecutorial resources for those who profit from the sale of drugs."

Local Opinion: Why Mike Bloomberg is right for Arizona, America

While he hasn't made much noise yet, our latest local contributor contends that Mike Bloomberg is the right man to move America forward and defeat Donald Trump.

"In just the last five years, tech jobs in Tucson have grown 90% — making the Old Pueblo one of the hottest destinations for innovative start-ups," says Gov. Doug Ducey.

Quitobaquito Springs inside of Organ Pipe National Cactus National Monument is a UNESCO-designated International Biosphere Reserve — and the site of construction of the new border wall. See what letter writers think of it, in this Letters to the Editor.

In the age of Trump, it shouldn’t be a surprise when government figures or departments tweet out something controversial. But last Friday morning it happened in Tucson, and now, solutions are getting caught up in heated rhetoric.

Barbara LaWall: Honesty and integrity are the most needed qualities for a county attorney

Pima County Attorney Barbara LaWall responds to last week's OpEd from defense attorney Laura Conover. "Conover characterizes me as an 'absentee figurehead' of a 'system set on automatic pilot.' This is both insulting and untrue," LaWall says.

Local Opinion: Myths around vaping do more harm than good to teens

Our latest local contributor dives into the perceived myths around vaping, and why it's more harmful than the industry is letting on.

Letters to the editor

The case surrounding President Donald Trump's confidant Roger Stone is the subject of letter writers ire, in this edition of Letters to the Editor.

Laura Conover: Here's why I want to be your Pima County Attorney

"There is a big difference between talking reform and actually implementing it," says Local Opinion contributor and candidate for Pima County Attorney Laura Conover.