President Trump’s firing of Secretary of State Rex Tillerson is a colossal and highly symbolic mistake.

If Trump was elected to counter perpetual American military interventionism, which for decades has garnered a relatively meager return on investment, that non-interventionist posture is now being threatened as the proponents of realpolitik move out and the ideologues move in.

Say what you want about Tillerson, but he left the distinct impression that he was making an earnest attempt to serve as a buffer between the warmongers in the administration and the reality of actual war.

But Tillerson’s failure to speak up about the recent high-profile spy poisoning in England may have been a mistake.

A military-grade nerve agent originally developed in the former Soviet Union, now replicable by other nation-state actors, was used in Salisbury, England, earlier this month on former Russian military intelligence officer Sergei Skripal, who had turned and worked for the British Secret Intelligence Service, and his daughter, Yulia.

Tillerson didn’t come out and say, “Gee, that’s an awfully convenient pretext for starting a yet another fight with Russia.” It would have been easy to point out that if Russian authorities wanted Skripal dead, they could have killed him at any point when he was being held in Russian custody from 2004 to 2010.

Why wait until he’s been free for eight years, then kill him by using a nerve agent that could easily be traced back to Russia? What about the possibility that this was orchestrated by parties interested in fomenting conflict between the West and Russia?

Tillerson could have remained a lone voice of reason on the Russia issue. He could have demanded answers. He could have asked that the process laid out by the international Chemical Weapons Convention (to which the U.S., U.K. and Russia are all signatories) be followed. Instead, he jumped the gun — and jumped onto the anti-Russia bandwagon — calling the poisoning “a really egregious act” that “clearly” originated in Russia.

There have been rumblings for months about Tillerson’s job being on the line as a result of his lack of enthusiasm for pursuing anti-Russia initiatives at the State Department, where, according to CNN correspondent Michelle Kosinski, seasoned diplomats have been crying in their cars in the parking lot due to low morale.

Maybe Tillerson thought that he could stay in the game by throwing a bone to the Russia critics. History may prove this to be his only major miscalculation — and it didn’t keep him in the game anyway.

Replacing Tillerson with neoconservative CIA Director Mike Pompeo is an even bigger mistake than firing Tillerson in the first place. Like Trump, Pompeo has been critical of the Iran nuclear deal negotiated by the Obama administration.

Pompeo’s ascendance to secretary of state aligns the Trump administration, Saudi Arabia, Israel and the military-industrial complex against Russia and Iran.

If special counsel Robert Mueller was doing his job properly, he would have turned up evidence by now showing the degree of influence exerted on the Trump administration by Saudi Arabia and Israel, the two nations trying to goad the U.S. into a war with Iran (and by extension, Russia). Pompeo, a prominent critic of Iran, is now going to be in charge of a department tasked with actual diplomacy — which is supposed to be the very last bridge crossed en route to any battlefield.

Can we count on Pompeo, the former executive of an aerospace company, to stand in the way of war?

He has already stepped on toes at the Pentagon by attempting to increase the CIA’s role in calling drone strikes.

The thought of Pompeo filling all the vacant State Department positions that Tillerson neglected to fill — likely because they were either redundant or a waste of taxpayer money — with like-minded neocons doesn’t bode well for America.

Trump needs to be far better informed on critical geopolitical issues. He’s not going to achieve that by surrounding himself with ideologically driven yes-men.

Republican Sen. Rand Paul wrote an op-ed for Fox News last week in opposition to the appointment of Pompeo and other neocons to key Cabinet positions. America’s elected representatives need to stand with Paul and block these unfortunate and dangerous nominations.

Rachel Marsden is a columnist, political strategist and former Fox News host based in Paris. 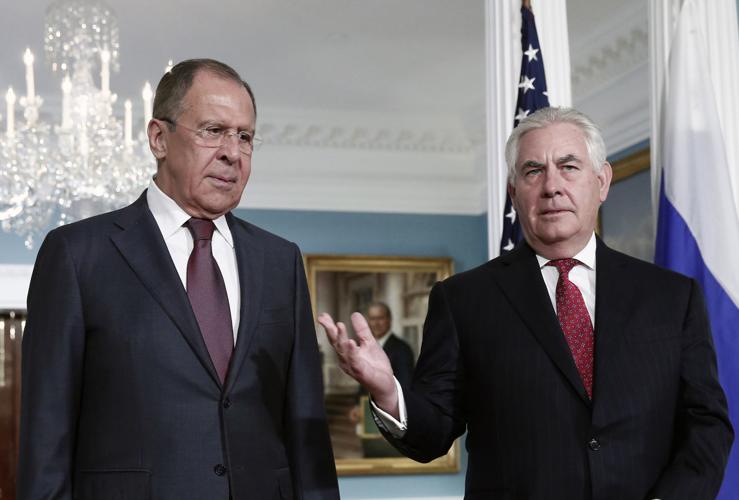 Former U.S. Secretary of State Rex Tillerson, right, with Moscow’s Sergei Lavrov, for the most part failed to take a hard line on the Russians. 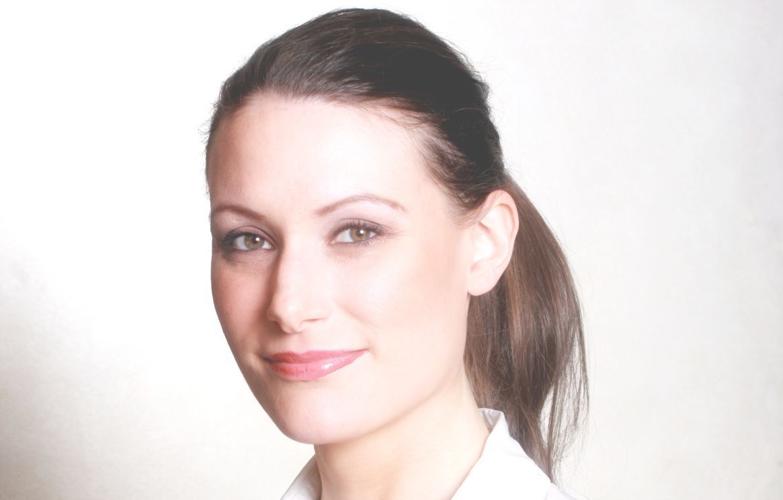 Rachel Marsden is a columnist, political strategist and former Fox News host based in Paris. Her website can be found at www.rachelmarsden.com.