The following column is the opinion and analysis of the writers:

It is estimated that more than one-third of our nation’s first responders are dealing with mental health struggles. First responders experience higher rates of anxiety, burnout, depression, post-traumatic stress and more. One study found that the life expectancy for men in law enforcement is about 20 years less than the average American male.

The reality is first responders are human beings struggling under the weight of personal and professional stressors. We sometimes forget that they, too, are people who have sick children, who have aging parents, who have just suffered a loss but who are also, at the same time, trying to process a five-alarm fire or a child dying in their arms during a recent shift.

All of this takes place within public safety’s deep-rooted culture of burying our feelings, stigmatizing mental illness and ignoring the effects of trauma. While pressures and expectations on public safety have risen in recent years, budgets and training opportunities have decreased for already short-staffed and underfunded agencies.

The Tucson Police Department (TPD) is working to transform that culture, collaborating with experts in the field to implement innovative trainings — with noticeable impact. After attending a recent health and wellness training given by Boulder Crest Foundation, one TPD assistant chief described the experience as not a mere program, but as a “movement.”

To sustain this movement and better support our public safety heroes, we must fundamentally transform how we think, feel and act about stress, struggle and trauma.

Saturating a department with training can drive lasting cultural and behavioral change. The opposite is also true — no one has ever gotten better at something by doing less of it.

In 2021, TPD and Boulder Crest Foundation began a comprehensive training strategy aimed at changing the narrative around mental health, in particular around PTSD.

PTSD is too often viewed as a permanent sentence to a diminished life. Boulder Crest’s ongoing series of trainings break down that stigma by focusing on post-traumatic growth (PTG), a proven framework that demonstrates how times of struggle can be catalysts for growth and transformation. Critical aspects are sustaining the impact of trainings (through refreshers, family programs and technology) and embedding notions of PTG into the entire training continuum (academy through retirement).

This intensive and immersive approach is helping to create an environment where members can better communicate, offload feelings, find support and grow together. TPD intends to have all 1,000-plus members complete the training, as well as the training academy and retirees.

But cultural transformation does not happen in a bubble. Tucson implemented this training thanks to Boulder Crest’s collaboration with FirstNet, the only nationwide public safety communications network built with AT&T. Due to its work with first responders, FirstNet recognized the need for increased accessibility to health and wellness programs and created a coalition to help connect impactful resources like Boulder Crest to agencies across the country.

Collaboration like this fuels a sustained movement. Connecting proactive departments like TPD, with innovative services like Boulder Crest, and supportive entities like FirstNet, helps grow awareness where it’s needed most — among local and national elected officials, in the general public and within public safety itself.

For far too long, we have allowed old-school attitudes to prevail. First responders are told to “suck it up,” and, “stop complaining.”

It’s time for a new approach.

We encourage public safety across Arizona and America to explore the many resources that normalize the impact of the first responder lifestyle. You can also make an impact with simple acts of kindness: a gesture of gratitude or a friendly hello to a first responder goes a long way.

Ultimately, to support those who serve, we must all be part of the movement. 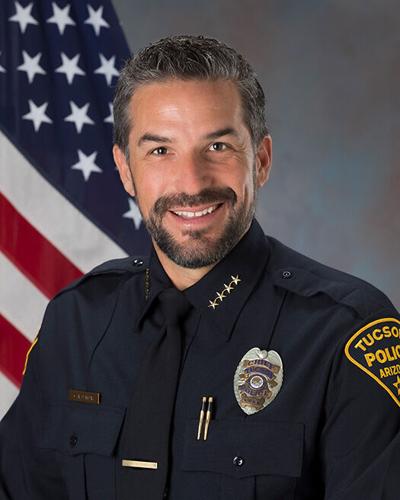 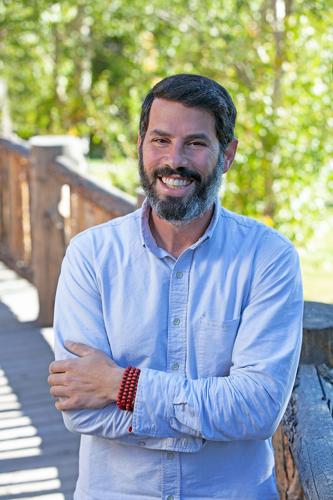