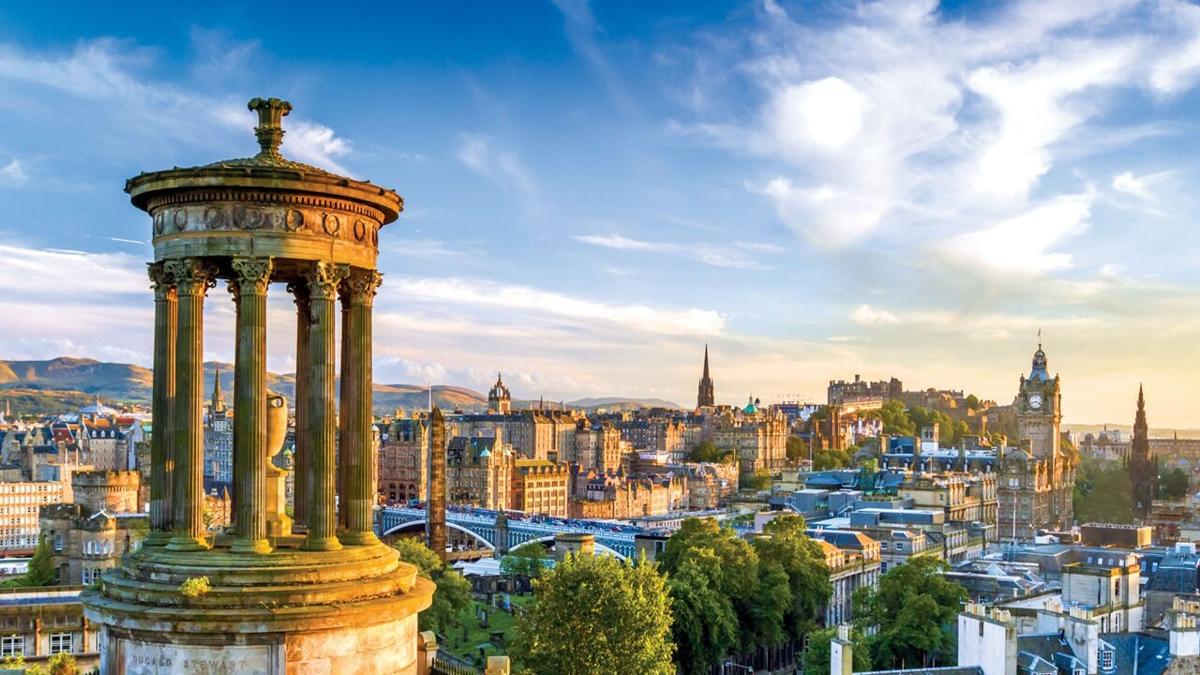 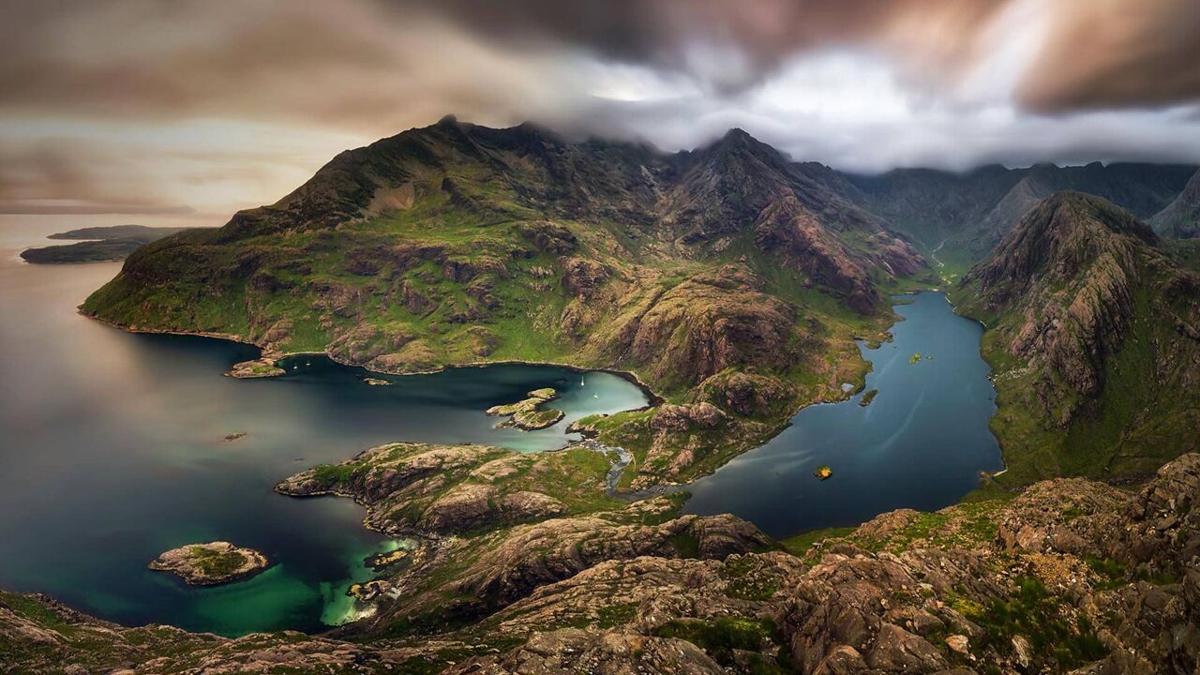 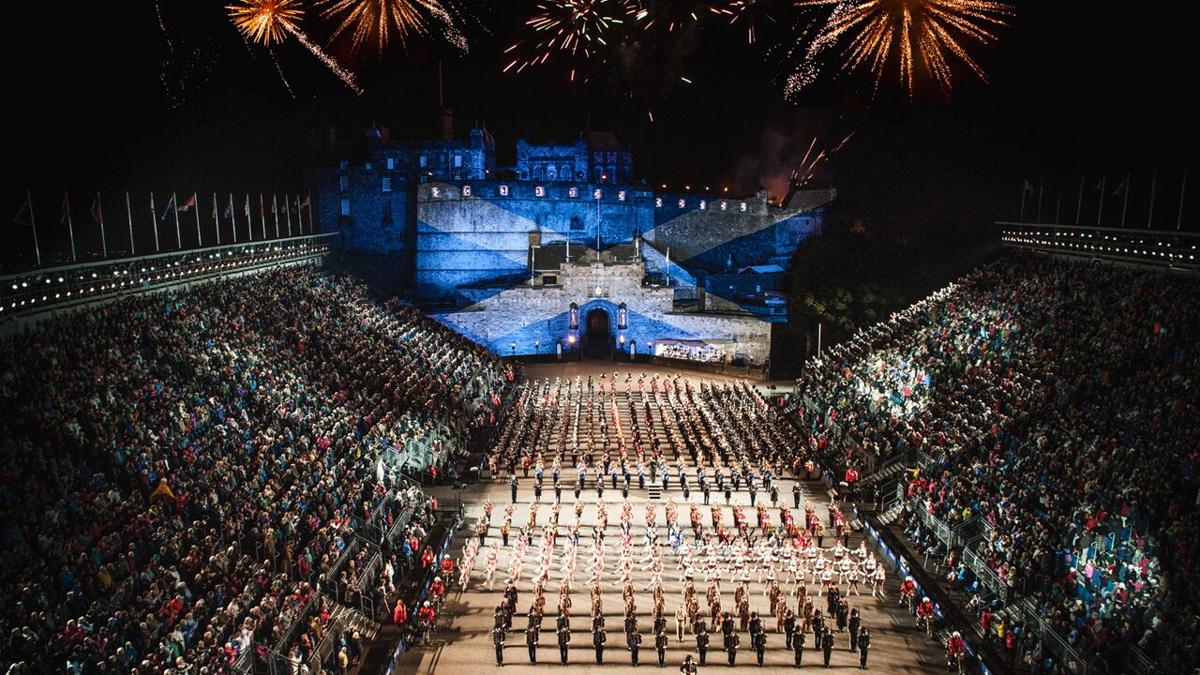 At this moment, there seems to be great interest in visiting Scotland. I wonder if this is due to the super popular Outlander series, much of which is filmed in Scotland. Scotland is part of the United Kingdom, ruled by Queen Elizabeth. In fact, she has one of her favorite homes there, the Balmoral Castle, a large estate house, where she generally spends a good part of the early fall. And some of its luscious gardens are open to the public prior to her annual visit— something you might want to include on your itinerary. This is located in the northeast of Scotland, near the lovely seaside town of Aberdeen.

It is often noted that Scotland has more sheep than its population, about 6 million versus about 5.3 million citizens! (Be prepared to see many menu items related to its sheep!). It is composed of several geographic areas referred to as lowlands, highlands and islands. Scotland’s iconic national dish is called “haggis”, which is something like a “meat pudding” and truly something that one must acquire a taste for (when I first had it many years ago at home of a Scottish United Nations diplomat, I had a hard time putting on a cheerful face!).

Truly, Scotland will not disappoint. There is so much to see in this ancient land. Here are some of the highlights you might want to include on your itinerary.

The capital city of Edinburgh, located on the northeast side is a UNESCO heritage site due to its old and new towns, and what they call the Royal Mile lined with medieval houses. Up at top is the Edinburgh Castle, a rocky fortress, where you can see the Scottish Crown Jewels. This is a trendy city for walking, eating, drinking, shopping and art. Here, also, is where one of the best annual events occurs in August. It is called “Military Tattoo,” where music and military bands and groups perform in the castle, ending each night with dazzling fireworks. This event is a must!

To the west of Edinburgh is Glasglow, historically devoted to shipbuilding and trade. Near Glasglow, you can meander to see the Brig o’doon (a 15th century bridge) in Ayrshire, near the home of Robert Burns, the national poet of Scotland, born in 1759 and most known for his song Auld Lang Syne.

Who hasn’t heard of the Loch Ness monster (often called Nessie) who resides in the lake named for it? Getting out to Loch Ness might be about a three-hour drive from either the two key cities, but the scenery is spectacular. Once there, you can plan on a sail out on the lake, and after a dram or two of Scotch Whisky, you might just see Nessie.

Now for St. Andrews. If you are a golf enthusiast, you will want to play on the iconic Old Course (there are a number of different courses here) with the historic Swilcan Bridge at the 18th hole. And if you are a student, you might want to attend the University here, as did Prince William and his wife Katherine. It is a beautiful little town with the ruins of St. Andrews castle and the lovely St. Andrews Cathedral.

Thinking of islands, Scotland has about 790 of them with only about 130 inhabited. One of the most visited is Isle of Skye, on the west coast, which is connected to the mainland by bridge. It has rugged mountainous landscape and a famous lighthouse. Also, you will want to see Skara Brae (“Scottish Pompeii”), on the west coast in Bay of Skaill. This is a UNESCO heritage site, a preservation of a medieval city, believed to be older than Stonehenge. There is ferry service from the mainland.

Scotland abounds in historic castles and manor homes. On the east coast, you can visit one of the most popular sites, Mount Stuart, a country home from 1700s with sumptuous gardens. Near Loch Ness is Urquhart Castle from the 13th century. In western Scotland, there is Inverary Castle, well known for Christmas 2012 scene in Downton Abbey. And on Eilean Donan, an island near Aberdeen, you will find a picturesque 13th century castle.

When in Scotland, you will likely want to take a sip or two of Scotch Whisky (note no “e” here). How does it compare to Irish Whiskey? That will be up to you to decide.

As you can see, your trip to Scotland will not disappoint. There are so many interesting ways to enjoy this country, driving on your own or with a driver, or in a small or large escorted group trip. No matter what type of travel appeals to you, you will adore Scotland. Let me help you.

Linda Stack is owner of Travelinda, LLC and can be reached by email at LStack9597@gmail.com.