Back to homepage
Subscriber Login
Keep reading with a digital access subscription.
Subscribe now
You have permission to edit this article.
Edit
Home
E-Newspaper
Letters to the Editor
Events Calendar
Billboards & Classifieds
Recipes
Current Advertisers
Submissions
Advertise with us
About SaddleBag Notes
Share This
1 of 2 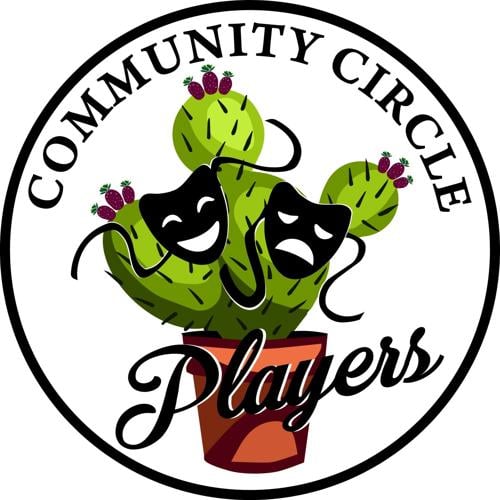 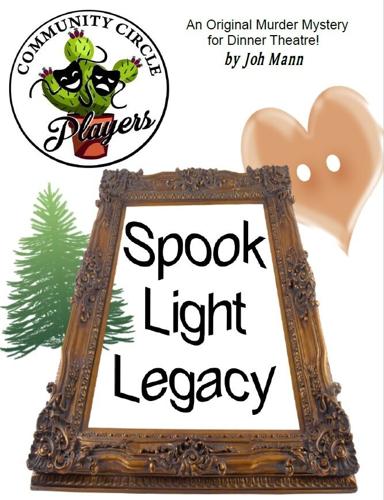 Community Circle Players (CCP) will once again be doing a murder mystery in March! CCP will produce the delightful murder mystery SPOOK LIGHT LEGACY, an original script by Joh Mann. Perfect for a dinner theatre format, this show has intermissions for dinner and dessert with chances for the cast to engage with the audience, offer clues, and field questions to help the audience figure out “Who done it?”

Start thinking about auditioning. Or, if you don’t want to be part of the production, start planning to attend. Shawne Cryderman will direct, Al Wiegel will be the show's Assistant Director, Connie Ward will take on the role of Producer, and Dana Goldsmith returns as the Technical Director/Stage Manager.

The show’s setting is the lobby of a dilapidated hotel, and its innkeepers are an elderly couple the Goodrests. Mr. Goodrest is terminally ill (really?) and has decided it’s time to determine which of his two ingrate children is most qualified to inherit The Spook Light Hotel which has been In the family for over a hundred years. The hotel has its share of “history” and a number of ghostly spirits who have taken up residence there. To weed out the good from the evil and give their father the information he needs to put the right person’s name in the will, the adult children are invited home for a dramatic family gathering.

Will the corpse be someone in the show or a “special guest” brought from the audience after Act 1? Are the partners of the Goodrests’ adult children Hiram and Lizzie really what they seem? What is the “dreaded disease” that killed off the ghostly spirits? Was the Spook Light Hotel always a hotel … or was it once a hospital with a tainted past?

Auditions will be Tuesday, January 3, 2023, and Wednesday, January 4, 2023, for the five male roles and six female roles in the cast of SPOOK LIGHT LEGACY. Rehearsals will take place from 10 a.m. to 1 p.m. on Mondays, Tuesdays, and Thursdays. The first rehearsal is on Thursday, January 5.

CCP is always looking for additional people to assist with props, PR, costumes and behind the scenes technical support. Back stage help or folks interested in the technical aspect of the theatre, like lighting or sound, are encouraged to step forward and become part of our production.

SPOOK LIGHT LEGACY will be produced six nights from Saturday, March 25 to Friday, March 31 (Tuesday, March 28, no show) with performances at HOA-2 Mountain View Ballroom. Tickets will go on sale Wednesday, February 15, via the HOA-2 Calendar of Events website.

As always, CCP welcomes those interested in being involved with community theatre to become part of our troupe. For more information, please email Susan Sterling at swsaz79@gmail.com or Shawne Cryderman at sfcrydo@yahoo.com.

Get the latest scores, recaps & more with our high school sports newsletter

Discover your new favorite restaurant with our Eat + Drink newsletter