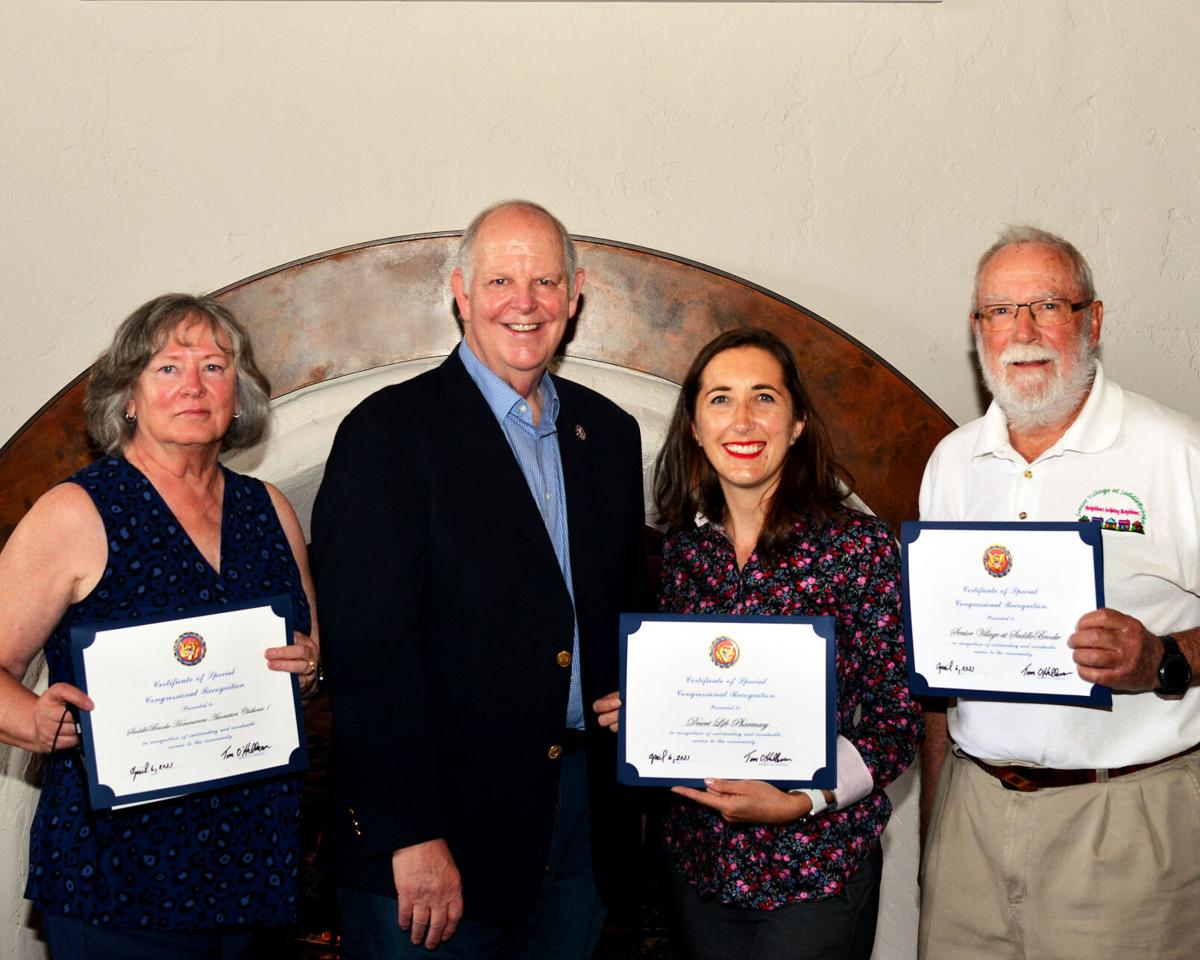 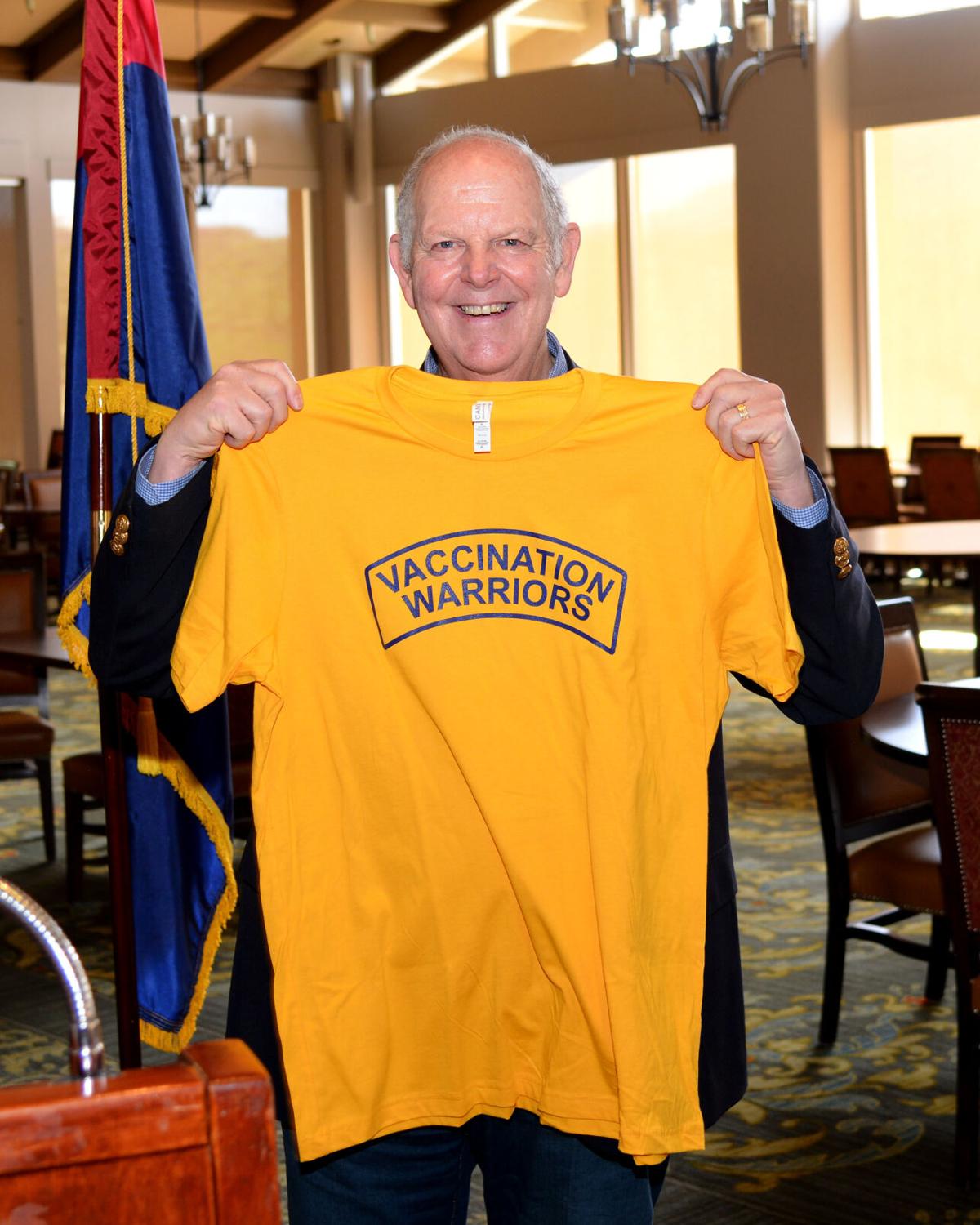 When Arizona Congressman Thomas O’Halleran visited the SaddleBrooke vaccination clinic on Saturday, February 20, he was so overwhelmed with what he saw that he returned to Washington extolling our community. “To say that I was impressed is an understatement,” he exclaimed.

On Tuesday, April 6, Rep. O’Halleran returned for a second visit to the SaddleBrooke HOA-1 clubhouse to address an audience composed of those who played significant roles in the vaccination clinics. He further proved his support of the volunteer efforts by presenting certificates of “Special Congressional Recognition” to David Loendorf, Chair of Senior Village Board, Brianne Spaeth Desert Life Pharmacy owner and Char Crossman, Chair of SaddleBrooke HOA-1 Board.

Commending the clinic volunteers, Congressman O’Halleran praised them saying, “What works in America are the people in America, their ability to come together. You’re proud to be an American when you see something like this.”

As Congressman O’Halleran travels throughout his 58,000 square-mile district, he has seen vaccination sites of various sizes in cities, small towns and reservations. Nothing, he said, could compare with the number of people being served weekly or the logistics of organization that he found in SaddleBrooke.

The fact that this Herculean effort was staffed only by volunteers astounded him. “This is not an easy thing that you accomplished. For you to step up and get the word out to so many people is outstanding. It takes leadership to reach out and get the people.”

Senior Village Executive Director Linda Hampton underscored the SaddleBrooke vaccination achievement by stating that “SaddleBrooke was vaccinated before 90 percent of the country and fully vaccinated before 82 percent.” Over 500 volunteers had a role in protecting their community from the COVID-19 virus. These Certificates of Congressional Recognition belong to each of them.