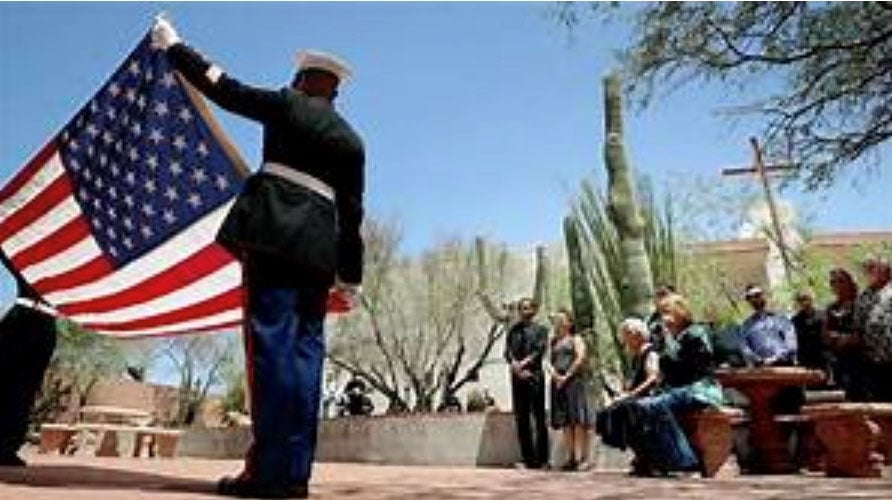 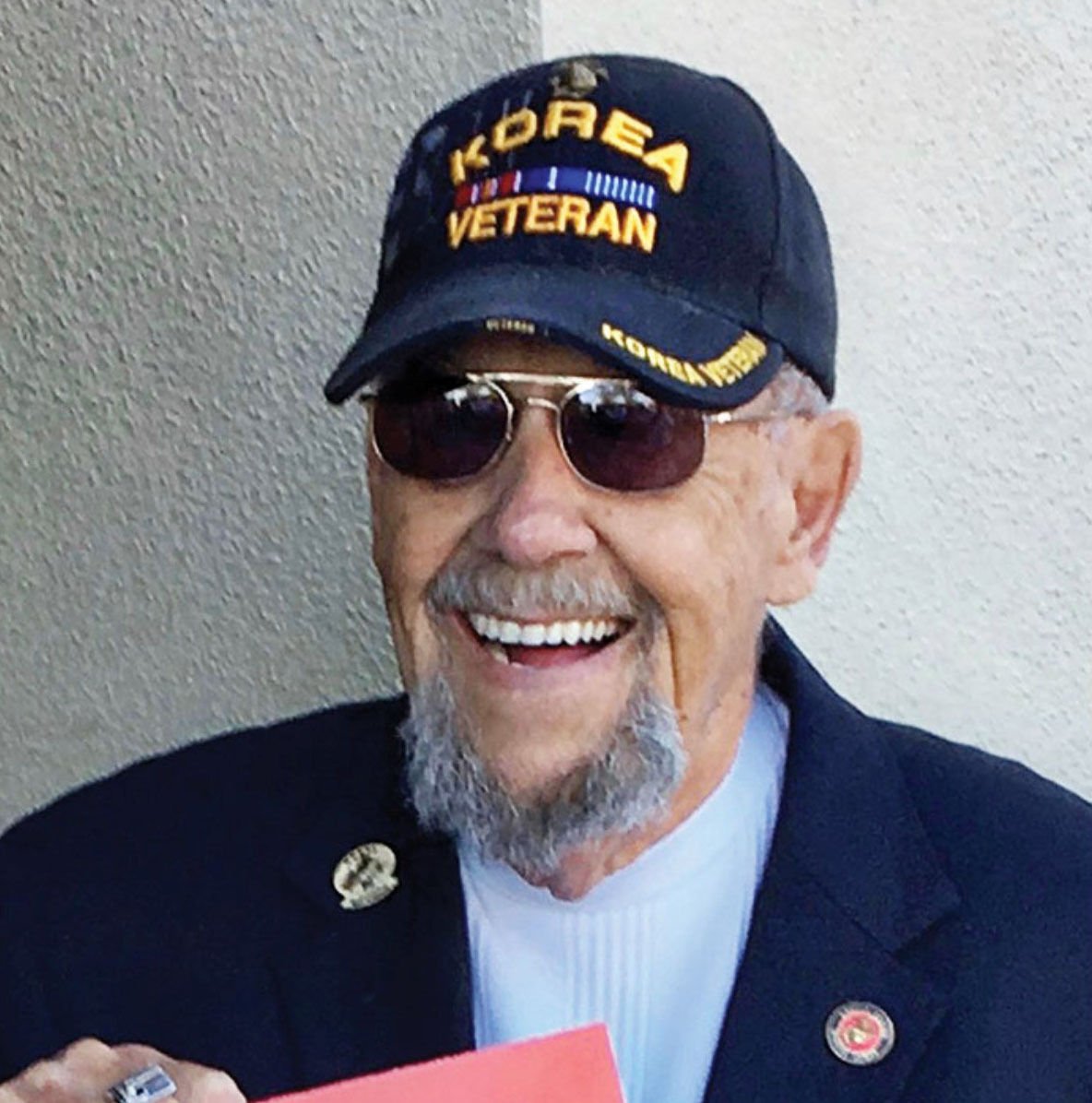 We few, we Chosin Few, We eternal band of brothers.

SaddleBrooke resident, John Hugh Creighton, better known as Moose, was a Marine, not a former Marine or ex-Marine, a Marine. He left his father's dairy farm to join the Marines when he was only 16. He served in the Marines four-years, seven-months and thirteen-days. Some of that time was spent in Korea and not just Korea, but at the Chosin Reservoir. Sixteen-year-old Moose was only three months out of basic training when he was shipped to Korea where he fought in the Chosin Reservoir Battle and was wounded. The Chosin Reservoir Battle has become one of the most storied exploits of grit and sacrifice in Marine Corps history.

It was America’s darkest hour in the Korean War: the harrowing withdrawal from North Korea’s Chosin Reservoir, where the United Nations forces, including British, South Korean and American troops were surrounded, vastly outnumbered and facing mass slaughter in brutally cold mountains near the Chinese border. In a surprise attack, more than 120,000 Chinese troops, Russian trained and equipped, trapped 30,000 UN forces who were forced to withdraw or be annihilated. The Battle was regarded by some historians as the most brutal in modern warfare by violence, casualty rate, weather conditions and endurance.

Fighting in bitter cold, with the temperature down to 30 degrees below zero; it was too frigid to dig foxholes, so combatants piled frozen bodies up in lieu of sandbags. Feet froze into blocks of ice inside boots. Even bullet wounds sometimes froze, keeping soldiers form bleeding out until they went inside heated tents. The UN forces suffered 17,000 loses, while the Chinese lost more than 50,000 during those 17-days of battle. Many injuries on both sides were due to frostbite. Moose never spoke much about that time, including his being awarded a Purple Heart, although he did mention that he carried some "pieces of North Korean metal", a result of a mortar explosion that wounded him and killed his best friend. Unknown to practically everyone, "Moose" suffered from PTSD, known in those days as "shell shock".

After his initial visit to Company A, a Marine contingent located on Davis Monthan AFB, and the Marines got to know who he was—a Chosin Survivor, Moose was treated with respect and deference each time he visited. He didn't regale the troops with war stories—he never shared them with anyone—but his aura of a Combat Marine drew their respect. Moose was a Marine's Marine in the true sense of the word, and he wasn't shy in letting people know he was a Marine.

In 2005, Moose was a founding member of Tucson Troop Support Group, a group dedicated to supporting Southern Arizona military troops. TTSG started by "adopting" Company A, 6th Battalion USMCR. The Southern Arizona Army National Guard and the Arizona Air National Guard were added later. TTSG support for these military groups was extensive and included support not only for the troops but also their families. Hundreds of care packages were sent to the troops serving in Iraq and Afghanistan. Holiday dinners were provided to the ANG troops serving on the Southern border, and their families living in Tucson. Moose's dedication to his military brothers and sisters was true.

He was always "front and center" when it came time to help. When the military lounge at the airport was reopened by TTSG, it was discovered that the walls were royal purple, so Moose secured paint, brushes, rollers and other material from a local dealer, and he organized a painting party to cover those purple walls. SaddleBrooke residents provided lots of donations and also volunteered at "packing events". Moose became "The Scrounger" as he made rounds of different places, particularly Big Lots. His "scrounging" at Big Lots was incredible. His car would be so loaded you could barely see Moose at the wheel. A donation box at the Golden Goose added substantially what was sent to the troops or used locally by their families in Tucson. He made several trips to Company A to make sure their wants and needs were taken care of.

In 2011, Moose was named Citizen of the Year by the SaddleBrooke Rotary Club. The citation included comments such as "Moose sets a positive tone", and "Moose has always been there for everyone doing the right thing". "He has a life-long lifestyle of volunteering wherever needed and enhancing the lives of others wherever he goes." His rough and gruff exterior hid a kind and caring person he didn't want people to know about. His comment after the award, "Who ratted me out?", was typically Moose.

Moose might have been a career Marine, but he when met Jean that was "it". "If the Marines wanted me to have a wife, they would have issued me one," he said and since the Marines didn't issue him a wife, he left the Marines with an Honorable Discharge and married Jean, his wife of 65-years and raised a family of three sons and one daughter.

Moose and Jean moved to SaddleBrooke in 1993. After a broken hip slowed him down a bit, his scrounging gradually decreased and eventually ended. However, his spirit never wavered. He was a Marine's Marine to the very end.

Moose passed away on Sunday, June 13 and a Celebration of Life ceremony was held at the Ascension Lutheran church on Saturday, July 17. Because he was a survivor of The Chosin Resevoir Battle, and because he was such a supporter of Company A, Moose was given a military funeral service by a detachment of Marines of Company A, with a Color Guard, a bugler to sound taps and a seven-man rifle team to render three volleys for a ceremony usually reserved for high-ranking officers, or in this case a survivor of the Chosin Reservoir battle.

At the end of the church service, the Marines and the congregation, gave Moose a final verbal salute - a Marine "Oorah"! A ceremonial flag was presented to his widow as his ashes were spread in the courtyard.