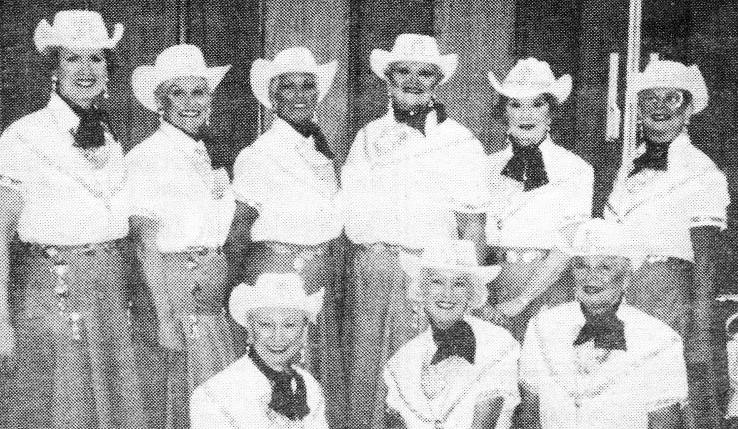 Text and photo by Peggy Barrowclift

Congratulations to the SaddleBrooke Silver Belles line dancing team on capturing the first place award at the “Arizona Country Classic.” One of the biggest events on the UCWDC dance circuit. The actual competition was held at the Holiday Inn in Tucson on Sunday, June 2. Accolades also to their team coach, Shirley Shaw, who, with her eight team members, worked so diligently perfecting and honing their routine with a heavy practice schedule.

Judging for this competition is scored by points for precision, originality, entrance, phrasing, costumes, enthusiasm, animation, etc. The team’s most recent performance was at the El Con Mall on May 26. The team, consisting of about twelve members in all, has been performing for about a year and a half. Keep up the good work, ladies: SaddleBrooke and Tucson are very proud of you.