Skip to main content
You have permission to edit this article.
Edit
Home
E-Newspaper
Letters to the Editor
Events Calendar
Billboard & Classified Ads
Recipes
Current Advertisers
Submissions
Advertise with Us
About SaddleBag Notes
Share This
1 of 7 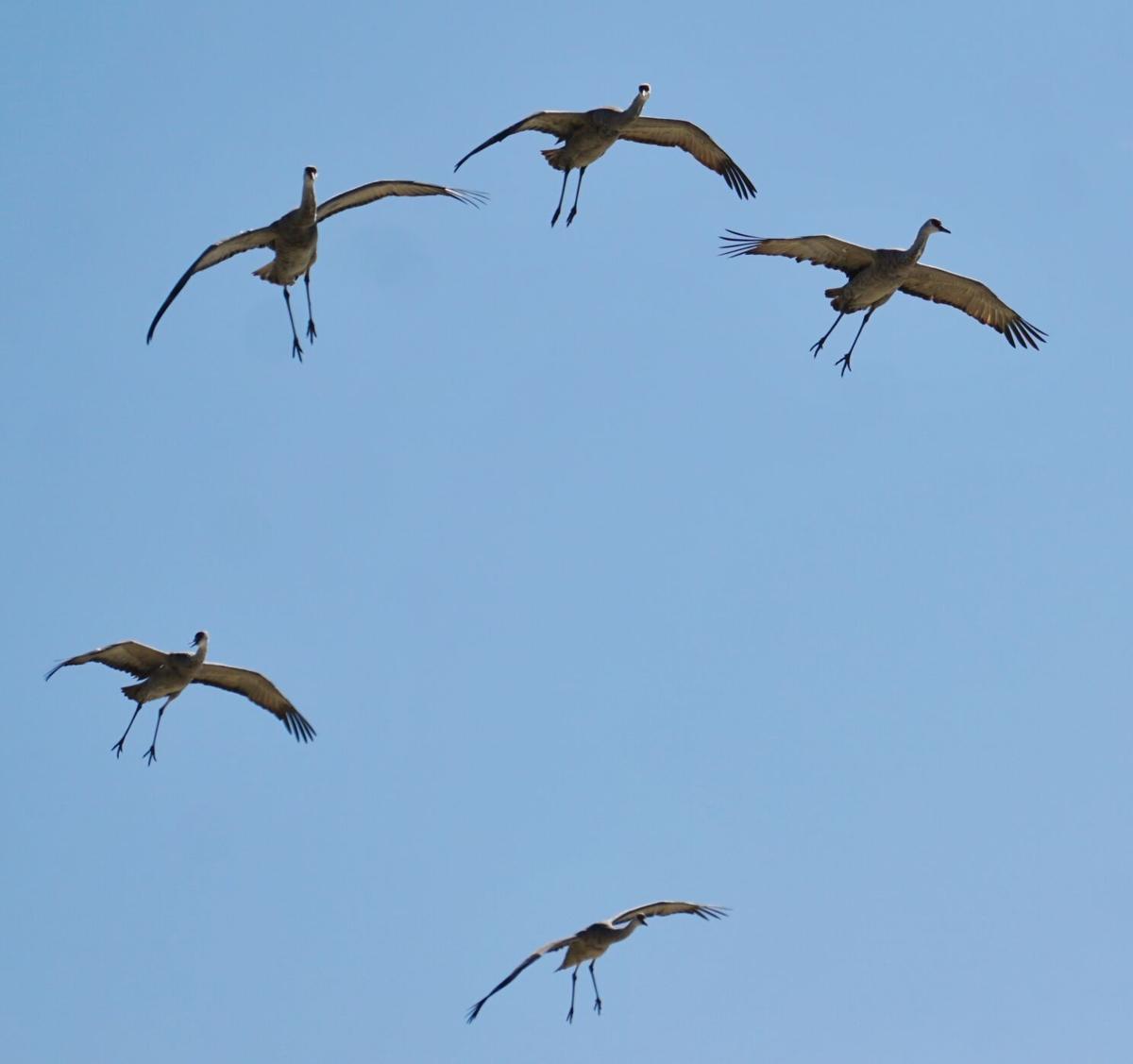 Sandhill Cranes 'parachuting' in for a landing at Cochise Lake. 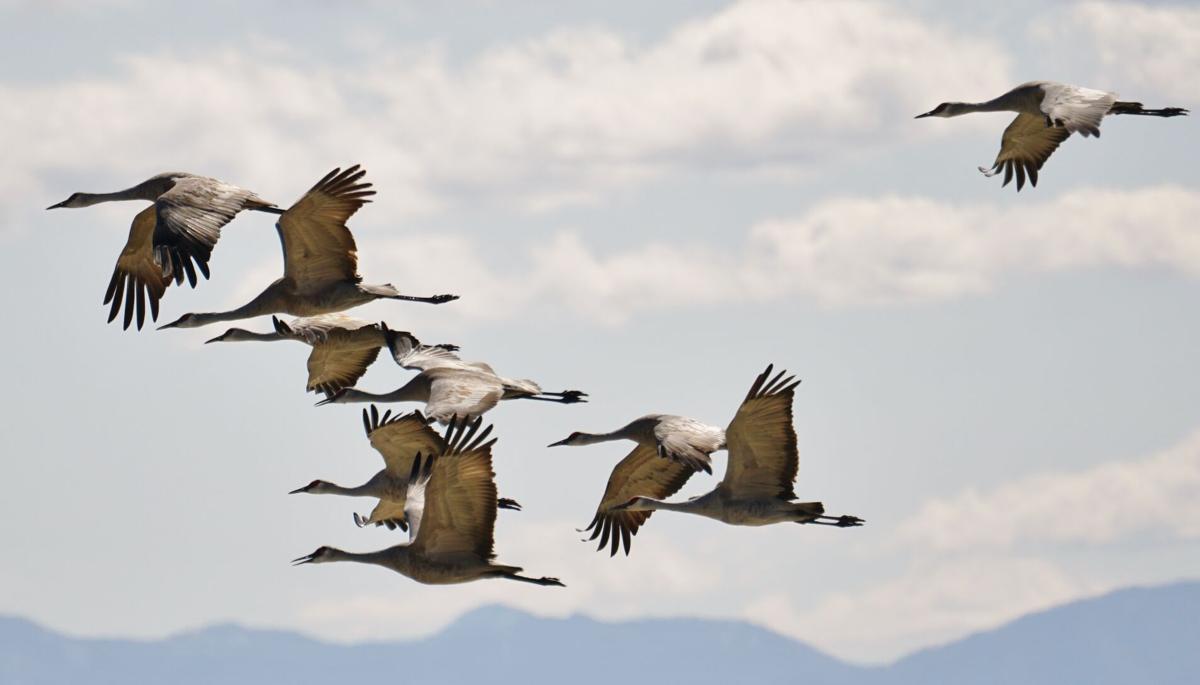 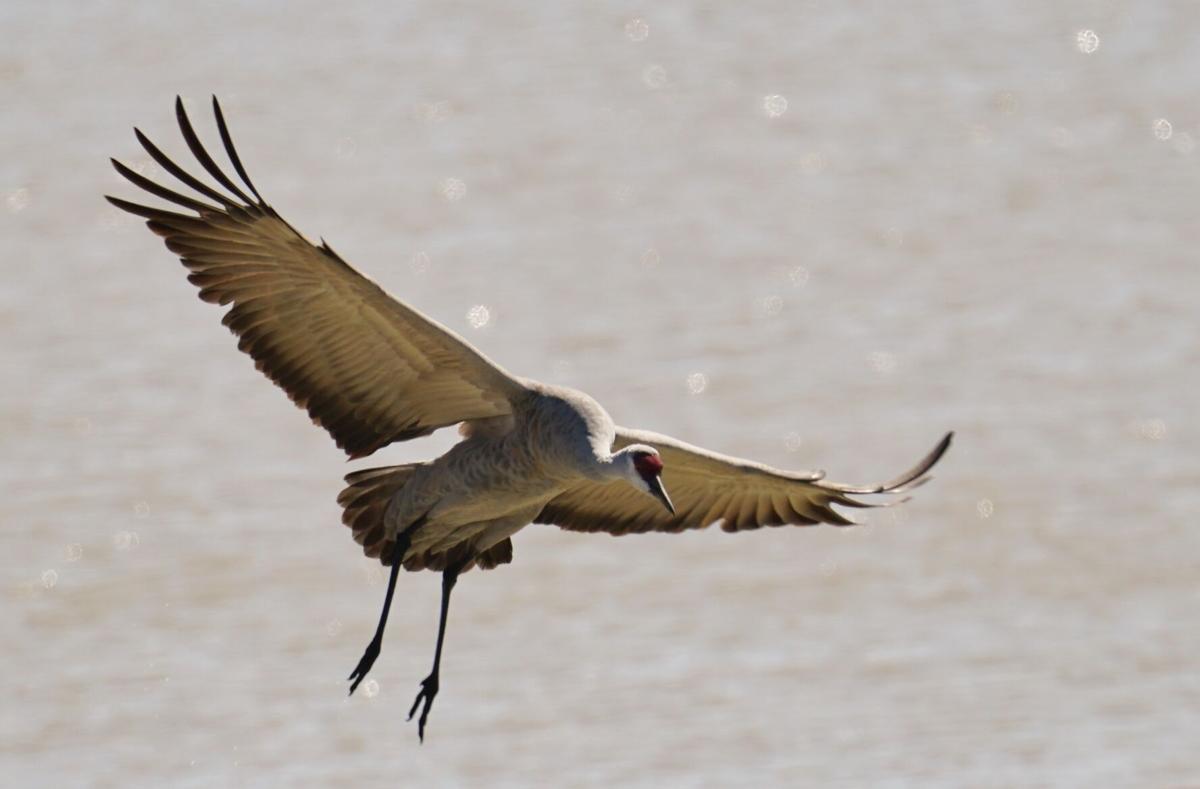 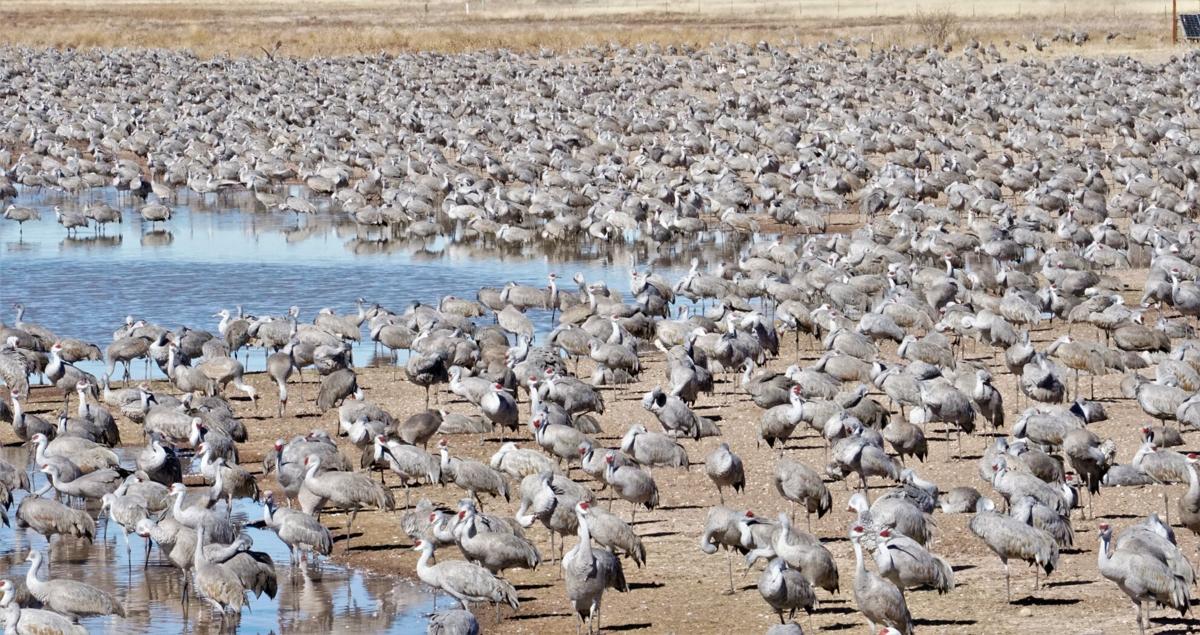 Thousands of cranes at Whitewater Draw. 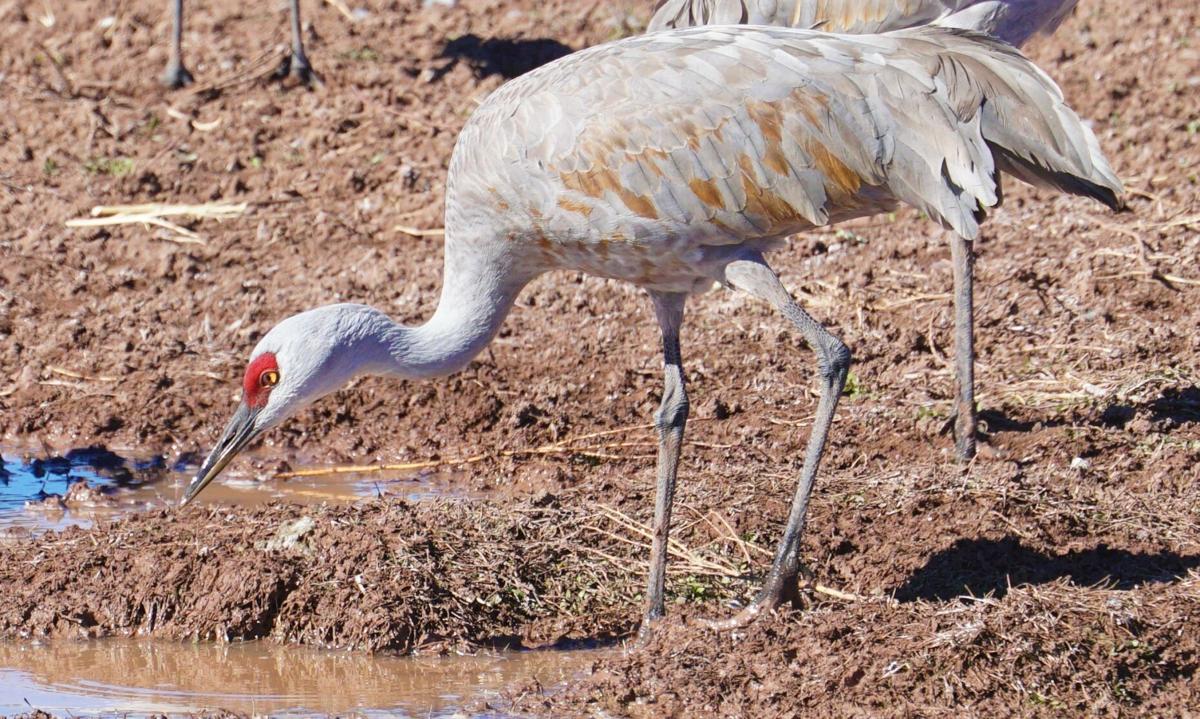 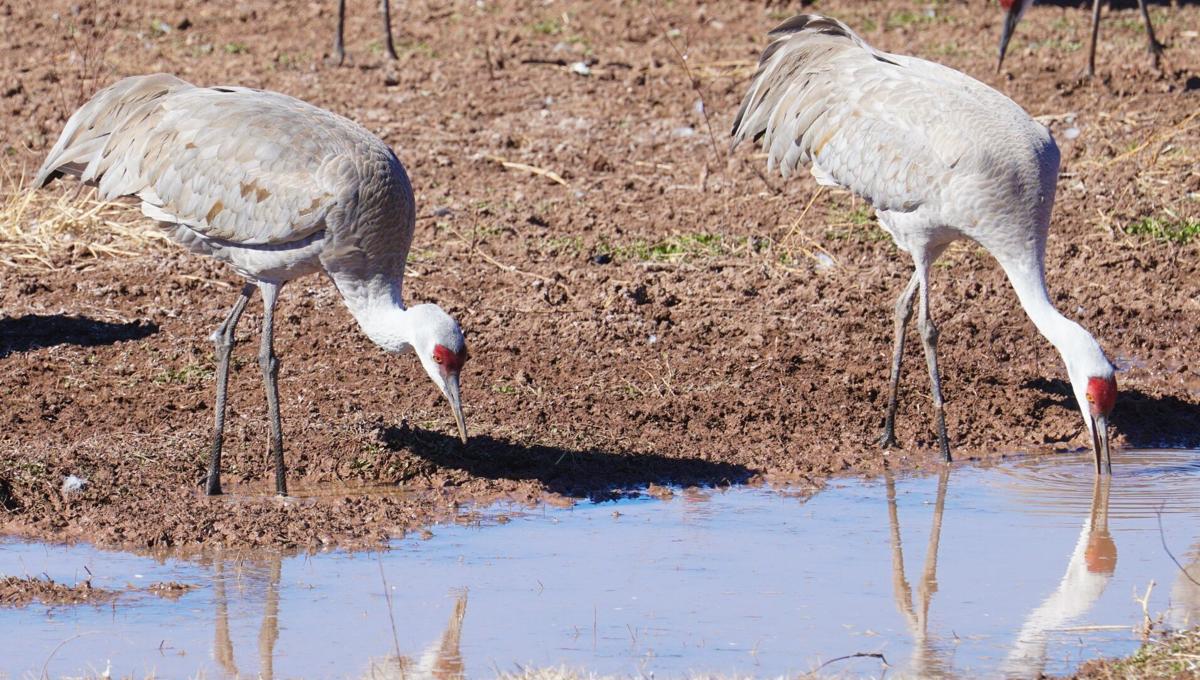 Sandhill Cranes 'parachuting' in for a landing at Cochise Lake.

Thousands of cranes at Whitewater Draw.

As a family, cranes are one of the world’s most fascinating. Cranes are large, graceful and elegant wading birds with six-foot plus wingspans, long legs and necks. Their courtship dance displays have inspired choreographers as well as artists, and their massive migratory gatherings attract birders from everywhere. Worldwide, there are 15 species found on every continent except South America and Antarctica. In the United States, we have two species, the Whooping Crane and the Sandhill Crane. The Whooping Crane is highly endangered with less than 100 birds alive in the U.S., and less than 20 of those are wild-hatched birds. These birds are currently found only in three populations, a residential one in Kissimmee Prairie, Florida, a small migratory population in Aransas National Wildlife Refuge, Texas and a captive breeding program population in Wisconsin. By contrast, there are thousands of Sandhill Cranes found across the United States, a status that reflects a strong and continuing recovery from a once serious depletion.

Six subspecies of Sandhill Cranes, some residential and some migratory, are found from northeastern Mexico, Cuba and Florida, even north across Canada and Alaska into northeastern Siberia. Their common name comes from Nebraska’s Platte River habitat on the edge of that state’s sandhills, where tens of thousands gather every March. Cranes from northern areas participate in massive migrations consisting of thousands of miles per year. These monogamous birds will feed and socialize for weeks in staging areas before migrating, and during migration they typically fly as high as 2,500 feet, although some have been recorded at 12,000 feet, and they will fly as far as 500 miles in a 10-hour day.

In Arizona, we can view wintering migratory Sandhill Cranes in the Sulphur Springs Valley in Cochise County. The cranes begin arriving in November and leave again on their northbound migration about the first of March. You can sometimes find them at Cochise Lake near the golf course south of Willcox, but the most reliable and easiest location in Arizona is Whitewater Draw. Whitewater Draw is a 1,500-acre former cattle ranch that was purchased by Arizona Game and Fish Department in 1997 and converted to a wetland habitat. Surrounded by agricultural fields, Whitewater Draw provides ideal habitat for Sandhill Cranes, which now arrive annually in populations of 25,000 or more.

The birds feed on residual grain in the nearby agricultural fields and return to Whitewater to rest and feed on aquatic invertebrates and small vertebrates in the shallows of Whitewater. Arizona’s Game and Fish Department has done a wonderful job of making Whitewater easily accessible to the public, with flat levee trails, benches, trees and observation decks extending out into the water. On a recent trip, we were able to get within 100 feet or less to thousands of cranes as well as other water birds attracted to the preserve. Observation decks have stools and telescopes as well, and there are even porta potty toilets on site.

Whitewater Draw is open 24 hours per day, seven days per week. From SaddleBrooke it is 125 miles or about a two-and-a-half-hour drive each way. Rather than making it a long day trip, consider staying in Bisbee (which is 30 minutes from Whitewater) or Hereford (about 45 minutes from Whitewater), and give yourself time for more than one visit to the cranes as well as the opportunity to take in other attractions in that lovely part of the state. Don’t forget your camera, extra camera cards and a battery charger. We took more than a thousand photos and videos on our first day.