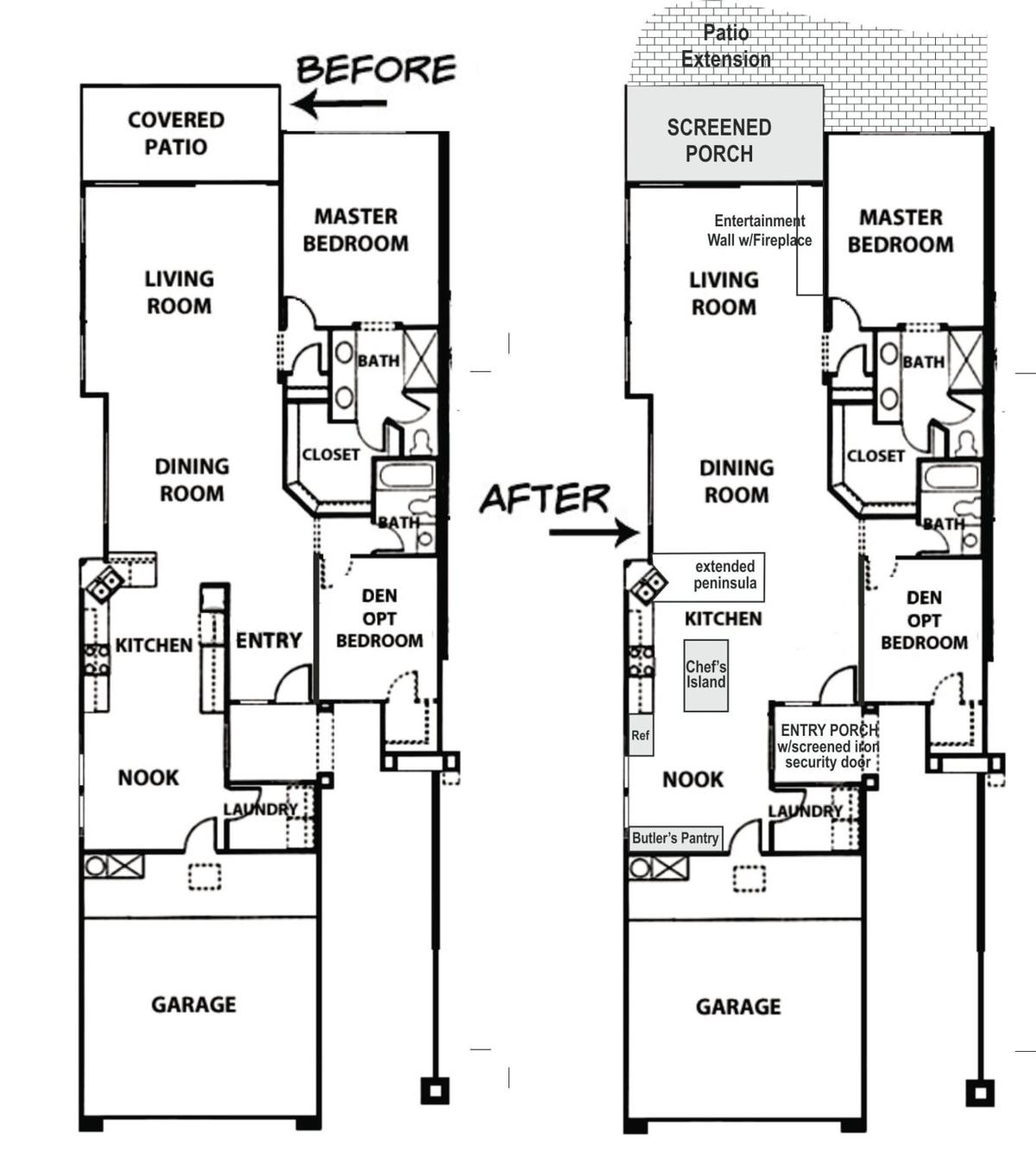 Kinas Portofino Villa, befor4e and after 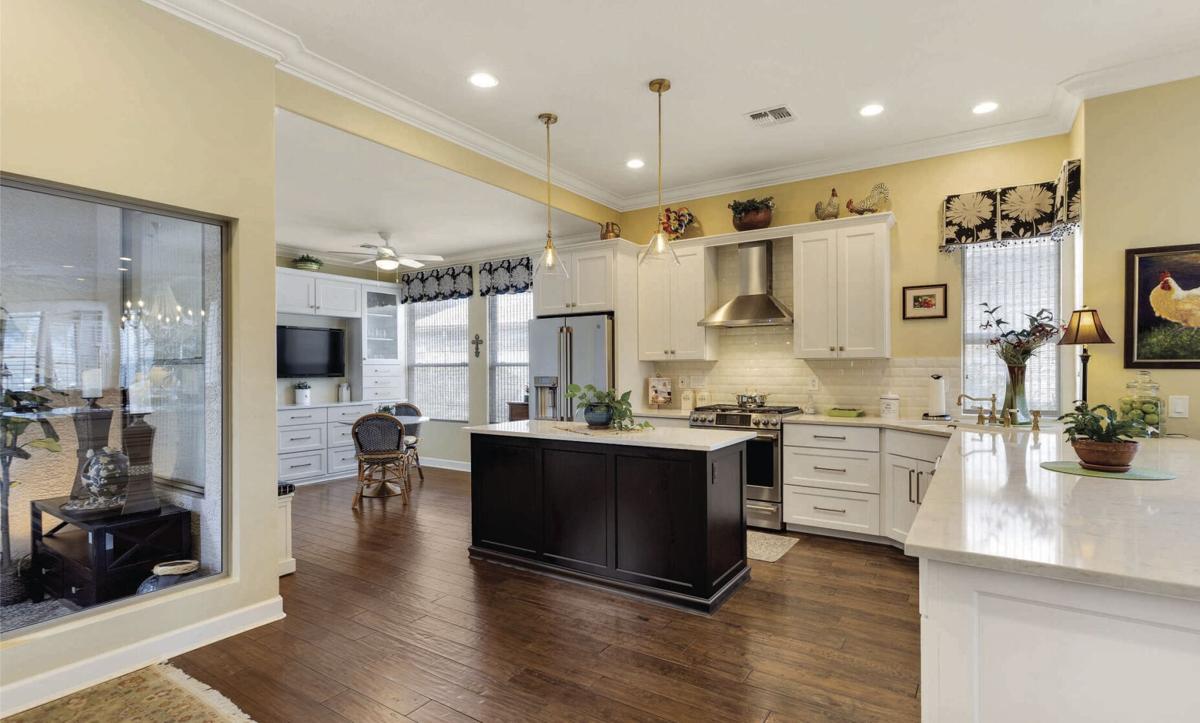 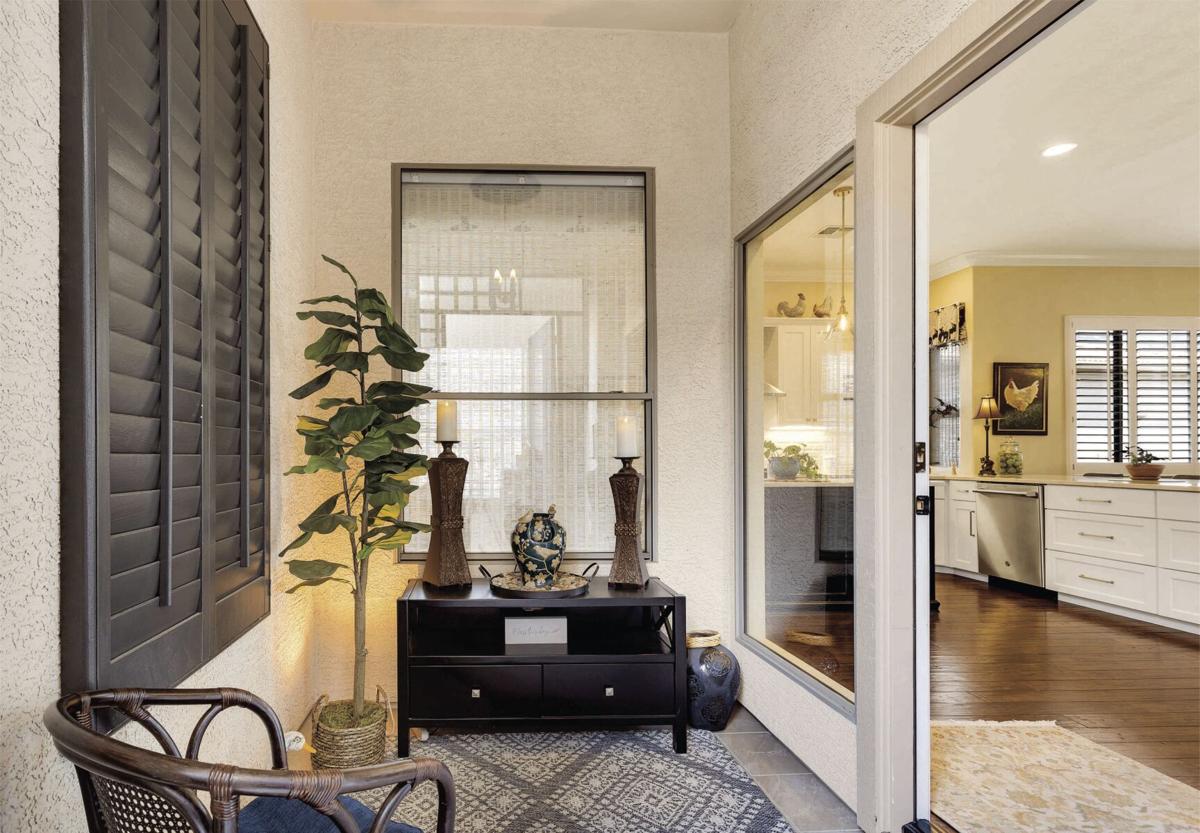 The former entry is now a gated vestiblule that serves as an inviting foyer to the villa. 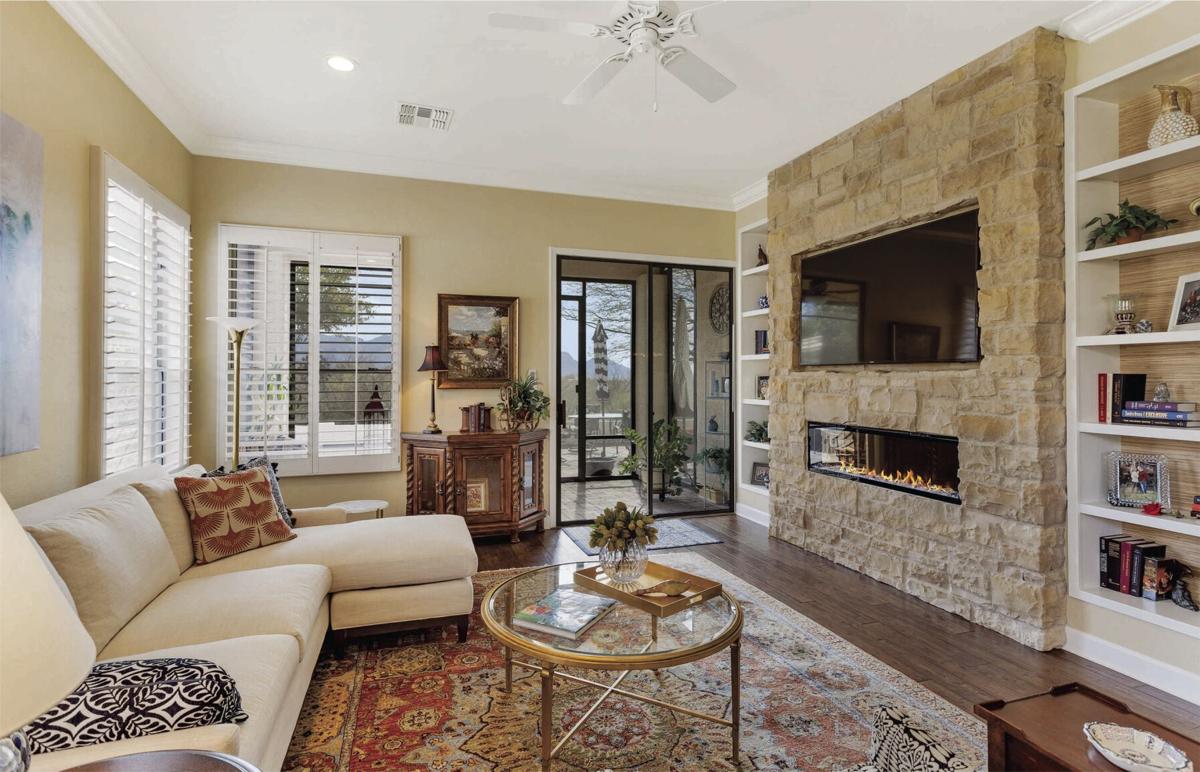 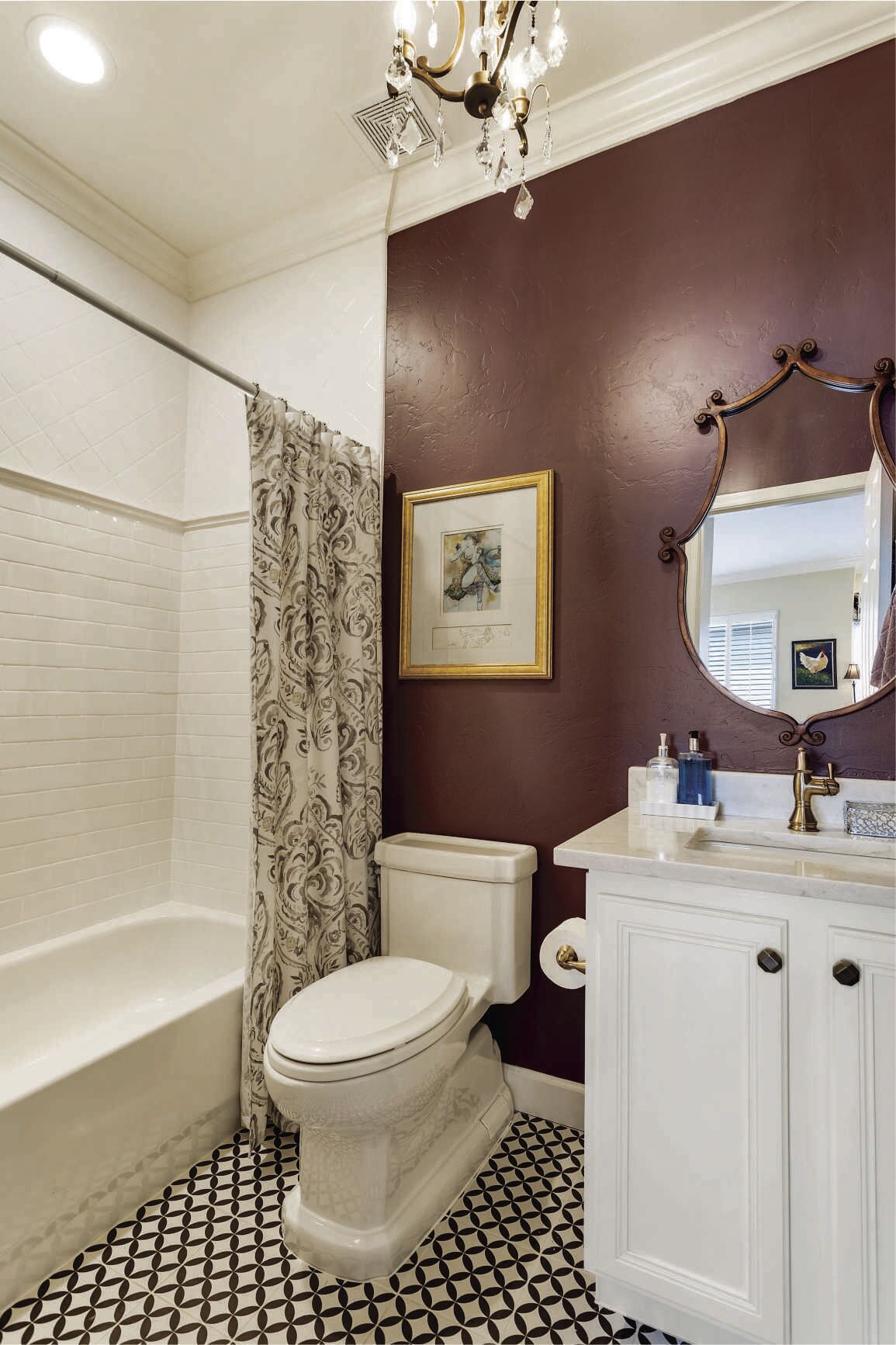 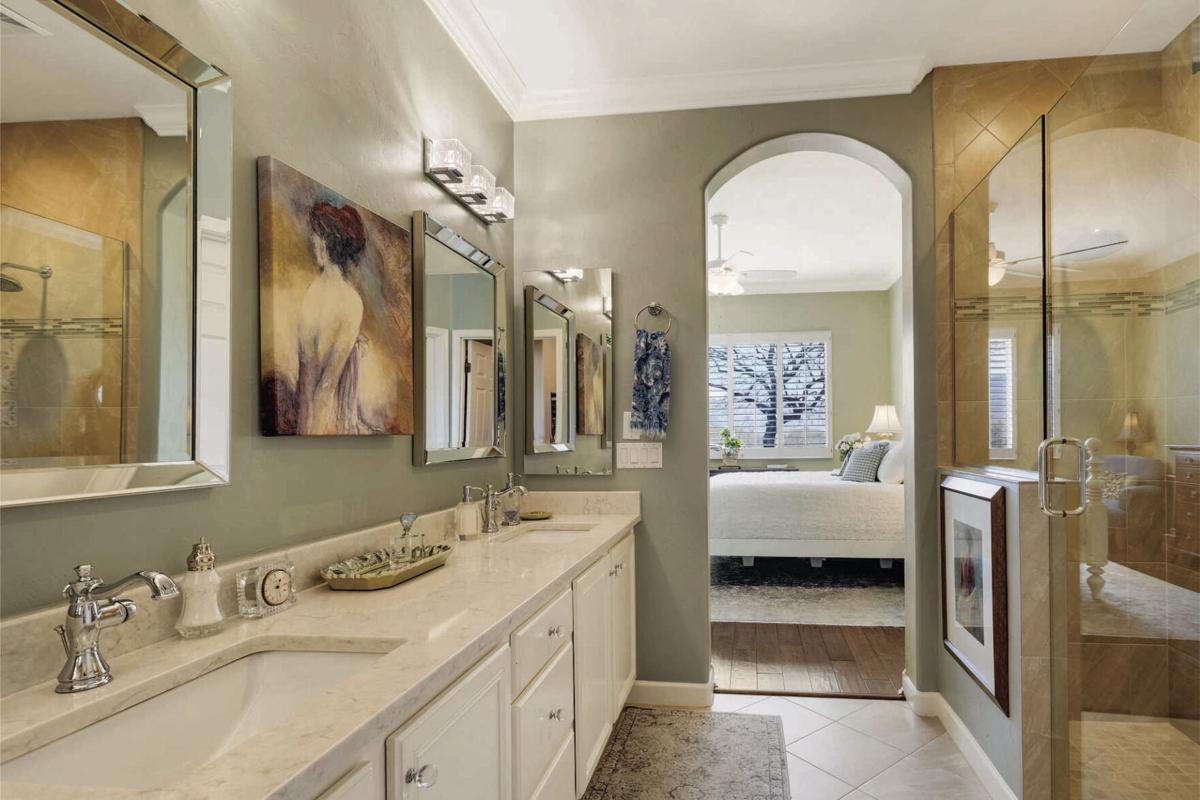 The cooler Oyster Bay painted walls of the remodeled master bath beautifully meld with the warmer Lemongrass paint of the master bedroom.

Kinas Portofino Villa, befor4e and after

The former entry is now a gated vestiblule that serves as an inviting foyer to the villa.

The cooler Oyster Bay painted walls of the remodeled master bath beautifully meld with the warmer Lemongrass paint of the master bedroom.

Like so many of the SaddleBrooke homebuyers, she’s served over two decades, Realtor Sandra Kinas knew what she wanted for her next home. It was all about the view. Deciding that a townhome in Villas II offered her the best view for the dollar, Kinas pinpointed five addresses on Harmony Drive, then, she waited and watched. When one of the five properties, an original-owner Portofino hit the market, Sandra made her move. “I told the listing agent I was sending an offer,” recounts Kinas, “And when she asked why I didn’t want to see it first, I told her it wasn’t necessary. It had the view I wanted, and I was just going to remodel.”

Similar to the view lots that commanded up to six-figure premiums in the recently built Unit 50 Villa community, her Villa II property backs to the open space of Sierra Tucson’s limited-use perimeter with an unrestricted stunning mountain vista behind. From her back patio, Sandra enjoys expansive sunrise and sunset skies with a panorama of four mountain ranges, from a natural setting abundant with wildlife. Recognizing the location value to support the no-expense-spared remodel she had in mind, Kinas set out to renovate her final SaddleBrooke home, the 34th space she’s called home.

As an independent contractor and mother of three daughters, Sandra’s “pension plan” became the beautifying and selling of her homes. Her varied professional background, working for the Chairman of the Board of ESPN, managing seven boutiques on Rodeo Drive that styled the wardrobes of Dynasty and other TV and movie personalities, and ultimately, a 30-year real estate career, undoubtedly influenced her design acumen.

With the help of contractor James Widdows of Northwest Builders, and inspiration from Jim and Jo Parsons’ Portofino featured on the 2019 Remodeled Home Tour, the villa’s entry hall divider wall was removed and the home’s existing flooring demolished. Robson Communities penchant for formal entries had rendered the Portofino villa’s foyer a dark hallway that was both difficult to furnish, and view-blocking. Removing the entry wall created an open great room with an uninterrupted line of sight from the front door to the home’s east and south facing windows and slider that frame a panorama of the Catalinas sweeping westward to Pusch Ridge.

Inspired by the architecture and craftsmanship she encountered selling real estate in Pasadena, Kinas began with a vision to create beautiful bones for the villa out of the white box of a space. Handsome engineered hardwood, Provenza’s “Sahara Sun,” with a hand scraped, hand distressed finish was installed throughout the home, excluding the two bathrooms, and finished with a high painted baseboard. Sandra employed a Scottsdale company, Crown Molding and Trim, to professionally install classic four-inch crown molding throughout.

Initially concerned about having her front door open to the kitchen, Sandra focused on making the entry vestibule an inviting foyer by closing the space with a handsome contemporary custom iron door by Lions Cage Iron—and tiling it with the same interior ceramic tile used in the home’s master bath. She furnished the space with an area rug, wicker chair and a console table with a tabletop fountain. Cleverly repurposing one of the home’s shutters, she repainted it the same charcoal-grey of the front door and used it to cover the unattractive laundry room window. The result is a welcoming entrance that serves double duty as a meditation space for the owner.