Mac Bingham scored on an RBI groundout by Daniel Susac to snap a tie in the eighth inning as the Arizona baseball team rallied past Utah 4-3 on Saturday to win its sixth straight Pac-12 series.

Riley Cooper (2-0) earned the win in relief, and Vince Vannelle earned his seventh save with a perfect ninth. Starter Garrett Irvin allowed one earned run in 3 1/3 innings, and Chandler Murphy followed with 4 1/3 scoreless frames.

UA cut the lead to 3-2 in the third on a sacrifice fly by Jacob Berry and an RBI single by Holgate, who finished 2 of 4 with two RBIs.

Bingham was 2 for 4 and scored twice for UA, which will go for the sweep Sunday when the teams wrap up the series at 11 a.m. 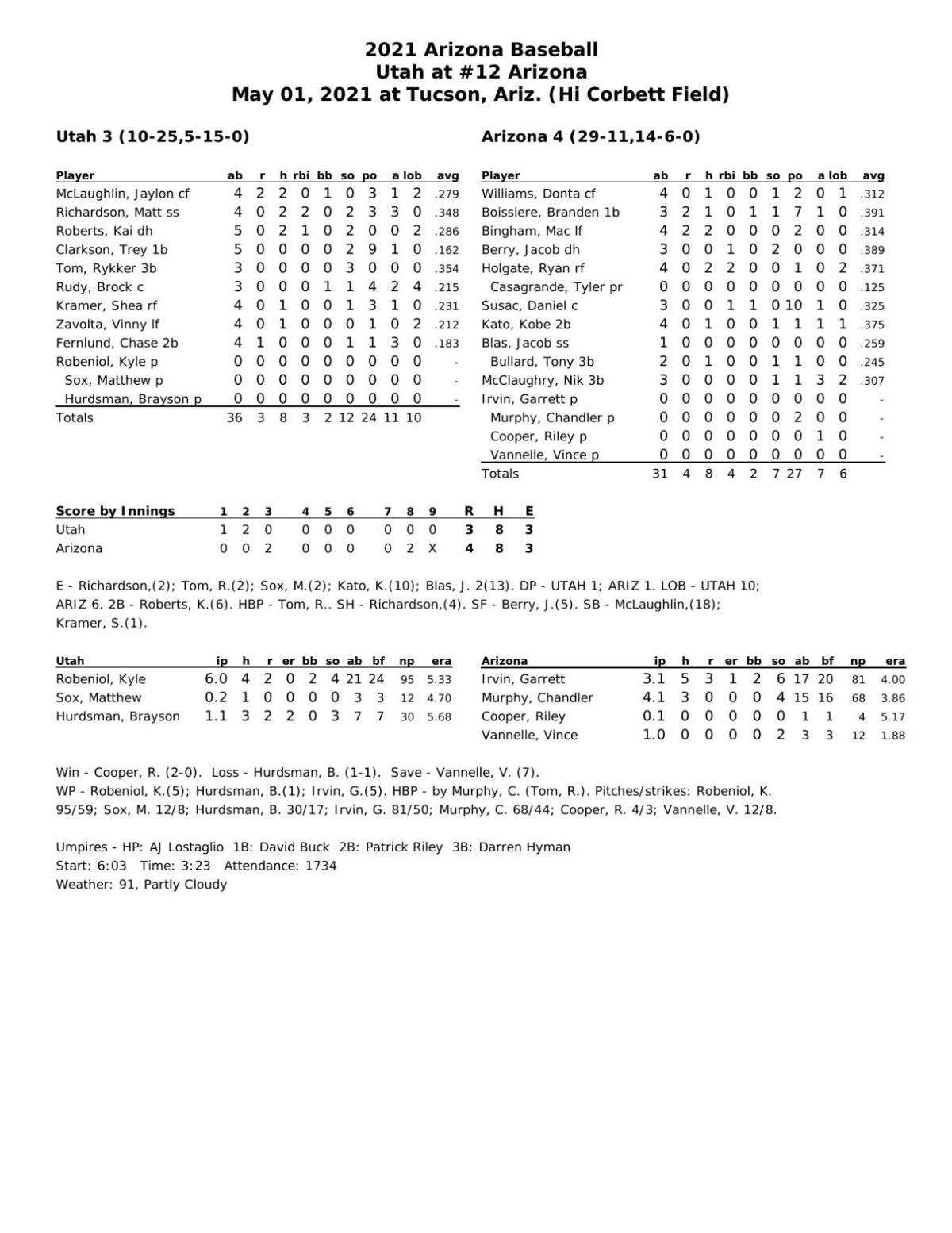 Why Ronaldo and Mbappé's futures are inextricably linked

Why Ronaldo and Mbappé's futures are inextricably linked

Wildcats improve to 10-5 in Pac-12 play with 9-0 victory over Golden Bears on Saturday night.

Pac-12 presidents are considering a governance structure unprecedented in college athletics by which the job would be effectively split into two roles.

“He came out of it well,” said Nogales native Baffert on Sunday morning at Churchill Downs.

Pac-12 Hotline: The conference's NFL Draft perspective (it’s not as bad as it looks)