Read Today's E-Edition
Share This
Cats face monumental challenge vs. No. 1 Oregon State, which has ‘everything'
Share this
Michael Lev

Arizona coach Chip Hale was asked what impresses him most about No. 1 Oregon State, which visits Hi Corbett Field for a three-game series this weekend.

“Their Friday-night starter (Cooper Hjerpe) is one of the best in the country,” Hale continued. “We’re game-planning for him right now and looking at everybody on their staff. They all pound the zone.

“They’ve got a lot of left-handed hitters; that’ll probably bode well in our stadium. They’ve got some speed, and they play really good defense.”

“His numbers are incredible,” Hale said. “We tried to look at all the teams that he’s pitched against, has anybody had any success and maybe we’ll try to go with that approach. There’s just not a whole lot there.”

Third-year coach Mitch Canham is the favorite for Pac-12 Coach of the Year. Canham lettered under Pat Casey from 2005-07. In Canham’s final two seasons, the Beavers won the College World Series. They would win one more under Casey, in 2018, after which he retired. Canham became coach on June 13, 2019.

Arizona (33-17, 14-10) hasn’t played its best ball lately, posting a 12-10 record since sweeping Washington in early April. But the Wildcats have proved they can compete with some of the nation’s best teams. They swept the season-opening State Farm College Baseball Showdown, outscoring their opponents 35-12. They also swept Stanford, which is currently ranked ninth.

“We have that in our back pocket ... how we were playing at the beginning of the year,” said left-hander Garrett Irvin, who will start Game 2 of the series Saturday. “I know that’s possible again.”

More likely than not, Irvin will be making his final appearance in a UA uniform at Hi Corbett Field this weekend. Likewise for Tucson High School product George Arias Jr.

Although he has another year of eligibility, Arias is planning to participate in the Senior Day ceremony before Saturday’s game. The right-handed reliever described his Arizona experience as “both good and bad.”

“As an 18-year-old kid, you don’t know what to expect,” said Arias, the son of the former Wildcats and big-league third baseman. “You’re just thrown to the wolves, pretty much on your own trying to grow and learn and dealing with baseball and school.

Arias made 21 appearances as a freshman in 2019. He missed the shortened 2020 season because of an elbow injury.

Arias suffered tears to his UCL and flexor pronator. Doctors elected to give him PRP injections, enabling Arias to avoid surgery. But he pitched in only three games across the 2020 and ’21 seasons — a disappointing development after he was named an Alaska Baseball League All-Star for the Mat-Su Miners in 2019.

After pitching one-third of an inning in Arizona’s season finale against Stanford in the College World Series — and striking out the only batter he faced — Arias returned to the summer-ball circuit. He posted a 4.38 ERA and struck out 32 batters in 24 2/3 innings with the Willmar Stingers of the Northwoods League.

Arias then made an immediate impression on Hale in the fall, earning a role in Arizona’s bullpen. Arias has made 21 appearances, posting a 2-1 record and a 3.52 ERA.

“It was just more getting back into the groove of things,” Arias said. “It’s a mindset. I just basically tell myself, ‘I’m the best pitcher there is, and I don’t care who I’m facing.’ I really don’t look at stats or anything. I just know I’m going to beat you with what I got.”

After following his father’s path to Arizona, Arias would like to do it again and play pro baseball. The San Diego Padres selected him in the 34th round of the 2018 MLB draft.

“My aspiration is to play in the major leagues,” Arias said. “If the opportunity is there, I’m gonna take it.

O’Tremba was one of five outfielders named to the District 8 first team and is Arizona’s first Academic All-District honoree since pitcher Brad Mills in 2007.

O’Tremba, who graduated Thursday morning with a degree in psychology, has a 4.0 grade-point average and was a member of the 2021 Pac-12 Spring Academic Honor Roll.

O’Tremba leads the Wildcats and ranks third in the conference with a .368 batting average. His 74 hits rank second in the league and in the top 20 nationally. O’Tremba, Arizona’s starting right fielder, has yet to make an error in 89 chances.

Nine players participated in the Student-Athletic Convocation on Thursday: position players O’Tremba, Tyler Casagrande and Nik McClaughry; and pitchers Arias, Chris Barraza, Holden Christian, Quinn Flanagan, Jonathan Guardado and Mason Millett. Christian is the only one of the nine who will be out of eligibility after this season.

Two former Wildcats also earned their degrees: Brian Anderson, who’s been serving as the team’s undergraduate assistant and first-base coach, and Johnny Field. Both played in the big leagues.

The Wildcats are sticking with freshman right-hander Anthony Susac as their No. 3 starter. Susac had three strong outings in a row before struggling at USC on Sunday. “Right now he’s our starter,” Hale said. “He just didn’t pitch like he did the previous Sunday against Nevada. So we’re hoping we get the Nevada ‘Tonko’ on Sunday — (that) we can get at least five (innings) out of him.” Hale said there are no current plans to shuffle the starting rotation — TJ Nichols, Irvin and Susac — despite an upcoming schedule that would give each starter one fewer day of rest. Next week’s series at Oregon starts on Thursday, and the Pac-12 Tournament begins the following Wednesday.

The conference tournament championship game is slated for 7 p.m. on Sunday, March 29. It will be televised on ESPN2. All games will take place at Scottsdale Stadium.

Former Arizona Wildcats ace Chase Silseth will make his major-league debut on Friday, when the Los Angeles Angels take on the Athletics in Oakland.

The Angels made Silseth their 11th-round pick in last year's draft. He's been stellar so far this season, going 2-0 with a 1.73 ERA for the Double-A Rocket City Trash Pandas and showing much of the promise that he displayed during his time as the Wildcats' ace.

Silseth spent one season at Arizona after transferring from College of Southern Nevada. He posted an 8-1 record with a 5.55 ERA and impressive strikeout and walk rates (9.7 K/9, 2.7 BB/9). He would have been a fourth-year junior had he returned.

Silseth will become the first player from the 2021 draft to make his big-league debut. He's the second former Wildcat to make his debut this season. Houston's JJ Matijevic had five plate appearances for the Astros last month.

A Q&A with Arizona’s steadiest pitcher ahead of this weekend’s showdown against No. 1 Oregon State.

The Wildcats third baseman has dealt with the death of his father and a shoulder injury this season; UA visits USC this weekend.

'That's why they're so good': Top-ranked Beavers pull away from Cats, takes series opener

Irvin, Arizona’s three-year veteran and No. 2 starter, struck out a season-high nine batters and allowed just three hits and one run in seven innings as the Wildcats struck back against the nation's No. 2-ranked team.

‘We have a lot of fight’: Arizona rallies to win series against No. 1 Oregon State

The Wildcats have clinched an above-.500 record in Pac-12 play – making it highly likely they’ll make the field of 64. 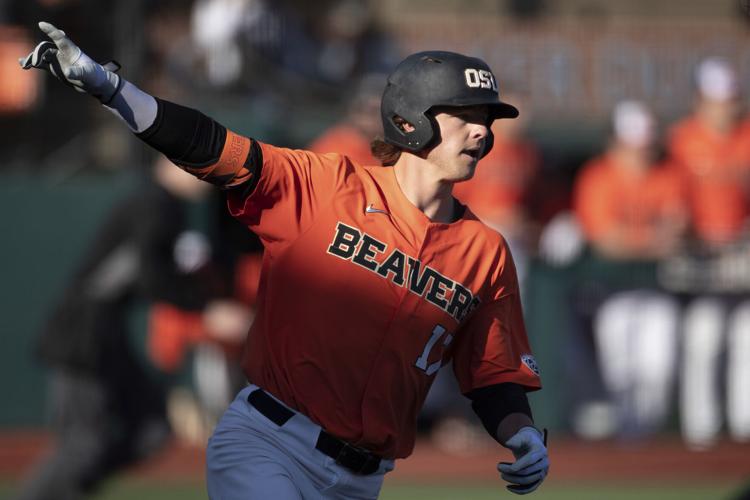 Brady Kasper and Oregon State are ranked No. 1 in the country heading into this weekend's three-game series against the Wildcats at Hi Corbett Field. 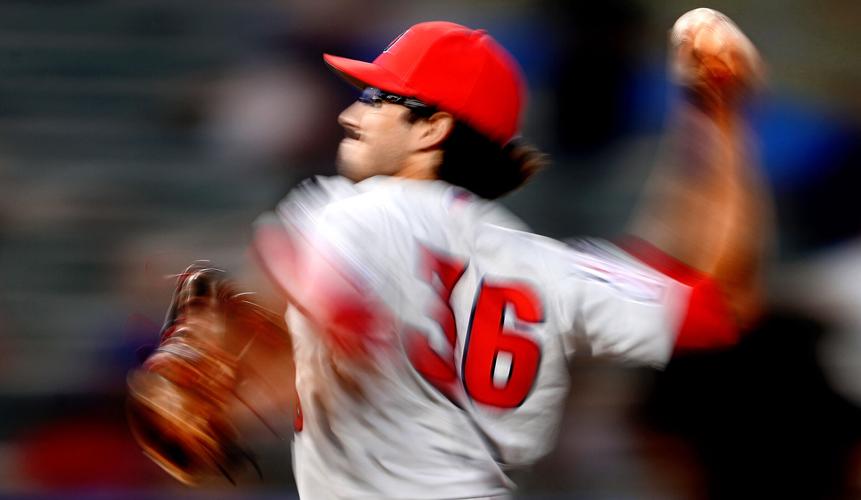 George Arias Jr. says he would like to follow his father into pro ball. He'll take part in Senior Day on Sunday.