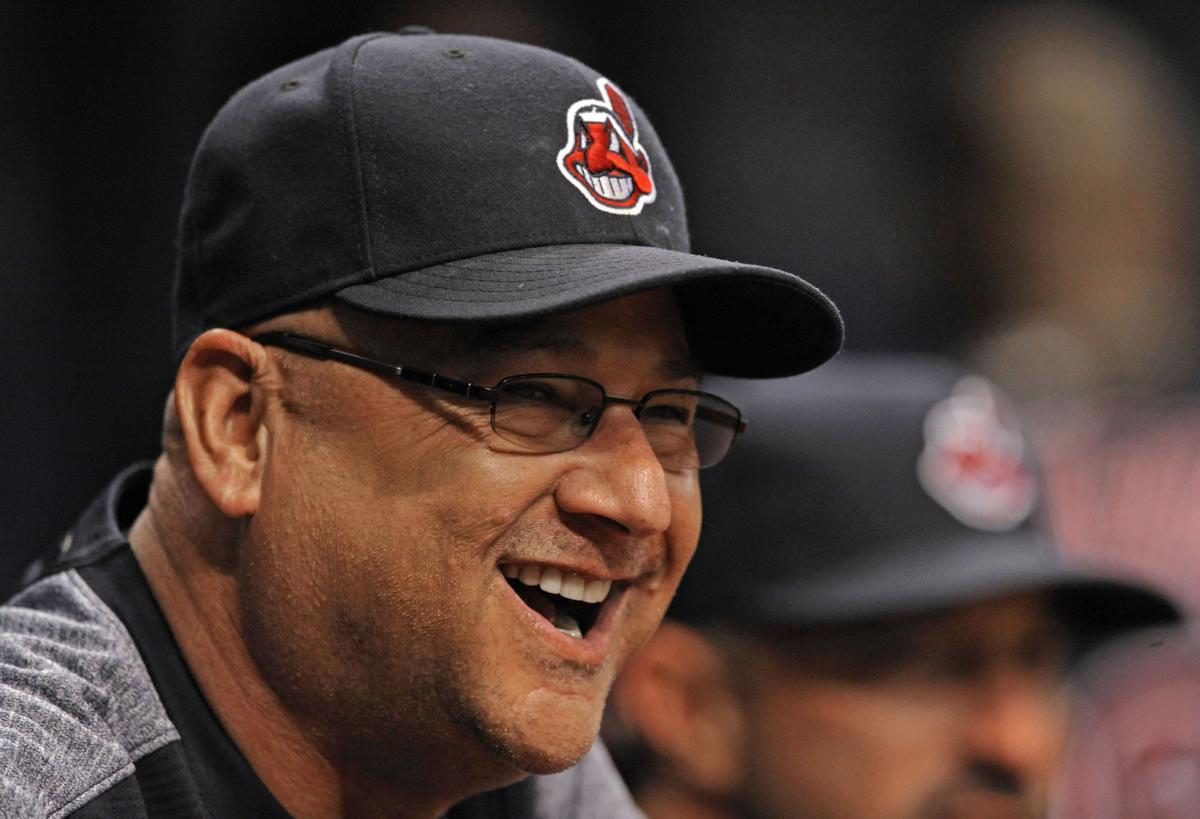 Terry Francona is a baseball lifer, and doesn’t see that changing soon. “I wouldn’t want to do anything else,” he said. 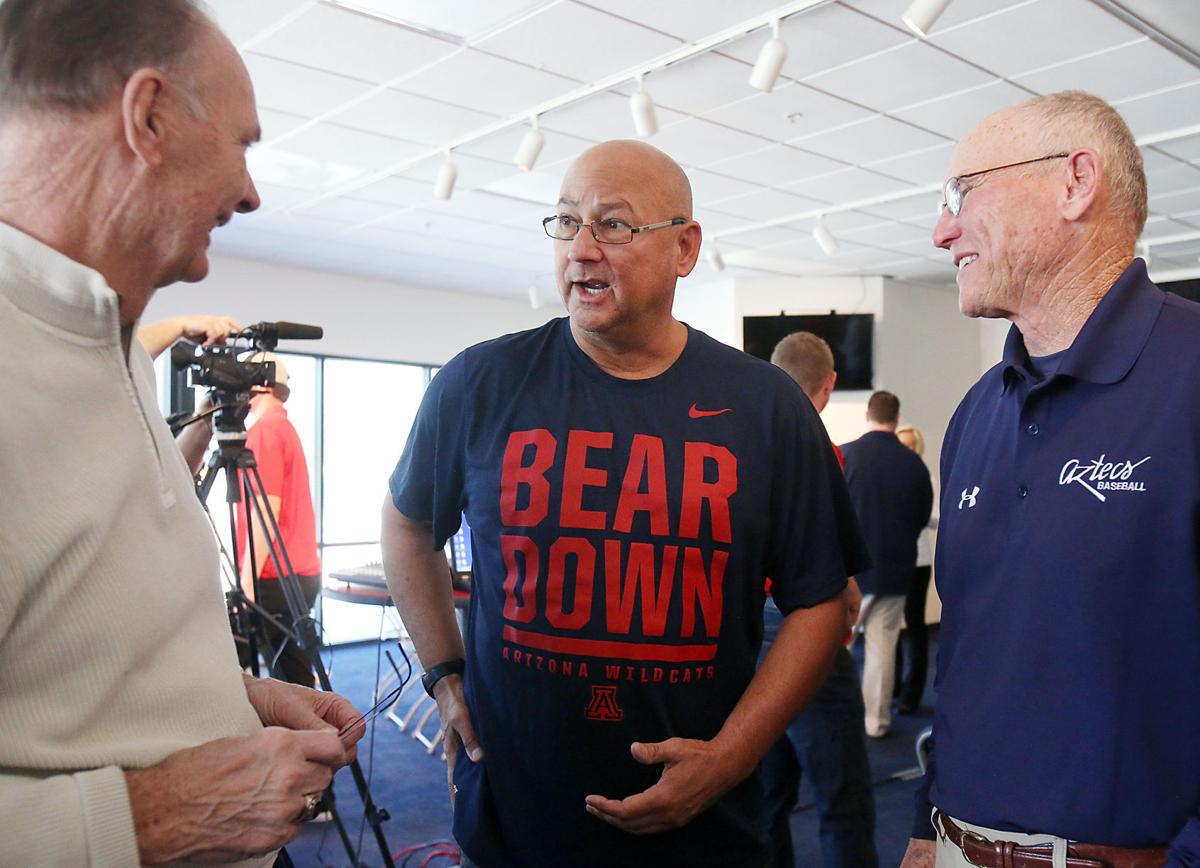 NEW YORK — Days like today — double-headers smack dab in the dog days of summer, sweltering in the oppressive humidity of Yankee Stadium — are not supposed to be fun.

Baseball in the middle of the summer is unrelenting, chugging forward like a subway train in a crowded tunnel, a grind if there ever was one. Arms are tired, legs are like anvils, feet swell. Far from the optimism of April and not yet buoyed by the hope of October.

So why does Terry Francona look so happy?

When you are a baseball lifer like Terrence Jon Francona, son of Tito and Roberta, even a one-day absence is like a prison term.

Missing multiple games? Cruel and unusual punishment. A week? Might as well be a death sentence.

And in some ways for Francona, the fifth-year manager of the Cleveland Indians, it was.

Francona, who won the Golden Spikes Award and a College World Series trophy for the Arizona Wildcats in 1980 and who still owns a home in Tucson, had his first health scare 16 years ago. He was flying to Seattle to interview for the Mariners’ managerial job when he started having chest pains. He was diagnosed with a pulmonary embolism in each lung, which required a four-day hospital stay.

Four years later, Francona was manager of the Red Sox and a defending World Series champion when he was hospitalized after suffering heart attack-like symptoms. Last August, Francona missed a game after experiencing chest pains and an irregular heartbeat.

It all came to a head this summer.

Francona had two brief hospital stays in June because of his irregular heartbeat, and began wearing a heart monitor on June 27. On July 4, he went in for a series of tests and, soon after, had a cardiac ablation procedure to correct his arrhythmia. In the past, the procedure would’ve required open-heart surgery. Because of medical advances and the use of threaded catheters, it is a comparatively less-invasive surgery.

Still, Francona was in the hospital for four days and skipped the All-Star Game on doctors’ advice.

Brad Mills, the Indians’ bench coach and Francona’s best friend since their days at the UA, managed the Indians and the American League All-Stars instead.

It was a sobering wake-up call for the Indians manager, who led the team last year to its first World Series appearance since 1997, but lost to the Cubs in seven games after taking a 3-1 Series lead.

Even in missing one game, Francona felt like he let the team down. With his health becoming a regular newspaper headline, he realized he had to shut it down.

“I feel like I have an obligation here, and when my health gets in the way, it bothers me,” he said. “That’s why I didn’t go to the All-Star Game. My priorities wouldn’t have been right. I needed to be here working. I didn’t need to be off gallivanting somewhere when I should have been working here.”

Asked about his current health status, Francona said he was “doing OK.”

“It’s a hard time to regain your strength in the middle of the year,” he said. “But I’m doing good. Every year I collapse after a few days. During the season, the button is turned on and you go until they tell you can’t go anymore.”

Or, it seems, until your body tells you.

On this most exhausting of mornings, a doubleheader — the previous night’s game in New York was canceled because of rain — Francona is in a good mood.

He sits in the visiting team manager’s office in Yankee Stadium, underneath a “Who’s On First” poster and caddy corner to a framed copy of Sports Illustrated’s “A Team For All Time,” which features an imaginary dugout full of icons like Babe Ruth and Ty Cobb and Ted Williams, and on the left, a wide-smiling Willie Mays. Hank Aaron stands in the iconic image, leaning on two bats, while Johnny Bench, in full catcher’s gear, sits to his left.

This is baseball to its core.

So is Francona. He still treasures the littlest of things, 56 years after he first remembers stepping in a dugout — though you can imagine a newborn Francona being the toast of the Indians’ clubhouse back in 1959.

“The sounds and the smell are one,” he said. “The smell of baseball leather — the leather of a glove, the leather of the ball — the sound of cleats leaving the dugout, going down the tunnel. This is all I’ve ever done. It’s where I’m most comfortable.”

So that’s why he’s smiling. He’s back. Back in his spot.

Francona is a fish and a baseball clubhouse is his water. The outside world, that’s the strange one.

“Louie’s at the door, I’ve known him for years,” Francona said of one of the Yankees’ clubhouse employees. “The security guys, the bellmen in the hotels, I know them all. That’s what’s comfortable.”

Most days, Francona is at the ballpark by 11 a.m., even for games that start at 7 p.m. or later. There is comfort in the routine, and any time that equilibrium is upset, he feels it.

“There is definitely a familiarity with coming to the park when you’ve been doing it as long as he has,” Indians relief pitcher Tyler Olson said. “It’s like this is really our home. This is a comfort zone for a lot of guys.”

If you’re expecting some major epiphany at this point in the story, a come-to-Jesus moment where a baseball manager throws down his hat and vows to change everything he is, well, this isn’t the Hallmark Channel, and that isn’t Francona’s way.

“People ask me, ‘Do you have a different perspective on life?’ No,” he said. “When we lose, it kills me. When we win, I’m happy. I’ve had to be a little smarter about a few things, but no. By this time in my life, I’m probably who I am, for better or for worse.”

He admits that his health has taken a higher priority in his life, and at the very least occupied more of his brain space. So now it’s next week’s pitching rotation, which Yankee has a left-handed weakness, and remembering to click on his heart monitor if he’s feeling anxious.

It has been ever-present at times, the monitor, an unwanted but necessary reminder of the state of his livelihood. Francona is getting off his feet more — he now sits back in the dugout during batting practice, a change — and his eating habits are on the mend.

But Tito is still Tito, to the Indians, most of all. When he walked back into the clubhouse to resume his duties, there was not some made-for-TV moment. The Gipper was not back. Just coach. He made sure no one treated him with kid gloves. If anything, he got a nice ribbing.

“In a clubhouse, in our clubhouse, you’ve got to have pretty thick skin; if you dish it out, you have to be willing to take it,” he said. “I would’ve been nervous if guys came up like that. I think they knew quickly on that I was OK, that it got taken care of and I’m back to normal.”

And back, he says, for a long time. He is not considering retirement, even if people ask him.

“At some point in my life, if my health gets in the way and it’s not fair to the organization...” he says, trailing off. “That’s when people ask me, how long will you do it? I’ll probably do it until I feel like I’m shortchanging somebody.”

When Francona’s here, as Indians long-time reliever Cody Allen said, he is “The Guy, as consistent as they come. Whether we lost eight or have won 10 in a row, he’s the same guy.”

For the other side, picture the movie “Major League II,” when Lou Brown — manager of the Indians, an odd bit of serendipity with Francona’s situation — suffers a heart attack and ends up hospitalized. Brown is told to remain calm, yet screams and shouts while listening to the team’s games.

“I haven’t been here long enough to see the fiery side,” said Olson, who joined the Indians in late-July, after Francona’s latest health episode. “You see the calmness, but you know he demands a high level, that there is a fire inside. That’s why these guys play the way they do.”

After three World Series appearances, including two wins with the Red Sox in 2004 and 2007, the proof is there.

“If Terry Francona is an expert in one thing, the one thing he’s really, really good at is people,” Allen said. “He really, really cares about the guys in this room. Right off the bat, Tito Francona makes you feel like you’re the most important guy in the room. You’d go to war with him every week.”

And the feeling, it seems, is mutual.

“I wouldn’t want to do anything else,” Francona said. “I never did, I never have. There’s never been a part of me that thought that. We all have our bad days, but I’ve never wanted to do anything else. I know I’m fortunate. I realize that.”

Former Arizona Wildcat Cameron Ming finds self, and some success, in minor-league debut

Reliever has been a Giant addition to San Francisco's bullpen.

Shortstop says he can feel every ache, pain this season.

Former Wildcat Bobby Dalbec knows patience, talent needed to get to The Show

Ex-Cat focusing on defense, consistency while playing for Single-A Greenville.

Throwback Thursday: A look at what life was like in Tucson in the early 1970s

There are nine former Wildcats left on NFL rosters.

The Star's Michael Lev and Zack Rosenblatt explain what to watch and who to follow ahead of the Wildcats' home showdown with the Houston Cougars.

Zack's back! In his latest episode as host, Zack chats with ex-ZonaZoo director Mario Ziccarelli, calls out to Michael Lev to preview Saturday…

Terry Francona is a baseball lifer, and doesn’t see that changing soon. “I wouldn’t want to do anything else,” he said.