Arizona was issued an amended Notice of Allegations last week by the Independent Accountability Resolution Process, indicating its still-pending NCAA infractions case is closer to a resolution.

An IARP official confirmed to the Star on Monday that an amended notice of allegations signals that its “Complex Case Unit” of attorneys and investigators has completed its investigation, and that allegations have been delivered to all parties.

However, UA’s case could still be at least several months away from a conclusion and its unclear if it will result in an additional postseason ban beyond the one the school self-imposed last season. The case furthest into the IARP system, involving North Carolina State, remains unfinished despite an amended Notice of Allegations issued in February. The NC State case went to a hearing on August 9-10, but the IARP’s timeline has no activity recorded since then.

A spokesperson for the IARP said details about when a decision will be made cannot be released in order to “protect the integrity of the Independent Accountability Resolution Process.”

Arizona received an initial Notice of Allegations from the NCAA nearly a year ago, and the document indicated the school might be facing a Level I aggravated case that could result in multiple postseason bans for its men’s basketball team.

“Two of Miller’s three assistant coaches committed intentional violations involving fraudulent academic transcripts, receipt of cash bribes, facilitating a meeting with an aspiring agent, impermissible inducements and recruiting violations all within an 18-month period,” the NCAA wrote. “The ultimate responsibility for the integrity of the men’s basketball program rested with Miller and his staff’s actions reflect on Miller as the head coach.”

The NCAA also handed the UA swimming and diving program two Level II charges and, in a list of potential aggravating factors by the school, said the conduct of UA president Robert C. Robbins and athletic director Dave Heeke was among the factors that “compromised the integrity of the investigation.”

Arizona initially refused to release the NOA after it was delivered to the school in October 2020 despite multiple public-records requests from the Star and other outlets, but was ordered to in March after ESPN won a lawsuit in Arizona Superior Court. Miller was fired a month later.

With the possibility of facing a Level I aggravated case via the standard NCAA resolution track — a category that requires a postseason ban between two and five years — Arizona requested later in October 2020 that its case be moved to the IARP, a newly created process made up of investigators, attorneys and sports industry officials who are mostly outside of the NCAA.

The IARP accepted UA’s case in December, beginning a new process in which its Complex Case Unit began reviewing and re-investigating UA. According to a timeline posted by the IARP, both Arizona and the CCU have requested time extensions that may have further delayed the process.

The IARP still has yet to finish any of the six cases it has taken on, but said in April that it would finish them all within a year. It is now publishing timelines in each case in an effort to provide more transparency about the new process. There is no formal timetable for resolution.

Some key moments in the published timeline:

Oct. 23: Arizona submits referral request for case to be moved to IARP

For Star subscribers: The IARP, which is handling the infractions cases of Arizona and five other schools, will now have to accept the results of the NCAA investigators unless it "can demonstrate a compelling reason" why not.

The IARP still has not finished any of the six cases it has taken on since March 2020.

The IARP cases could take up to another year to settle.

NCAA says IARP cases involving Arizona, five other schools to be finished within a year

Arizona, LSU, Louisville, Kansas, N.C. State and Memphis are all waiting to get an answer.

Arizona may wind up letting Sean Miller coach with one year left on his contract, after all.

The in the NCAA's list of institutional aggravating factors was also this new allegation from the NCAA enforcement staff: That UA president Robert C. Robbins and athletic Dave Heeke “compromised the integrity of the investigation.”

The IARP is new and different process than the standard peer-reviewed NCAA track, which ends during a hearing in front of the  infractions committee and can be appealed.

It still could be many months before the Wildcats learn of a decision.

Making sense of the NCAA, COI, IARP and other acronyms after the Arizona Wildcats received notice of allegations

Strip out all those sleep-inducing acronyms, and the translation is simple: Arizona is asking for an independent body to take its infractions case over from the NCAA and, by doing so, the Wildcats are rolling the dice. Here's what you need to know.

Everything you ever wanted to know about the NCAA's enforcement process

A step-by-step look at how NCAA investigations, notices of allegations and hearings work in the wake of Arizona's receiving of a Notice of Allegations.

Arizona visits Cleveland this week in attempt to start 6-0.

Breaking down the Wildcats' potential starters and bench players as they head to Pac-12 media day.

The NCAA said the school was still responsible even if Lamont Evans acted in his own interests. 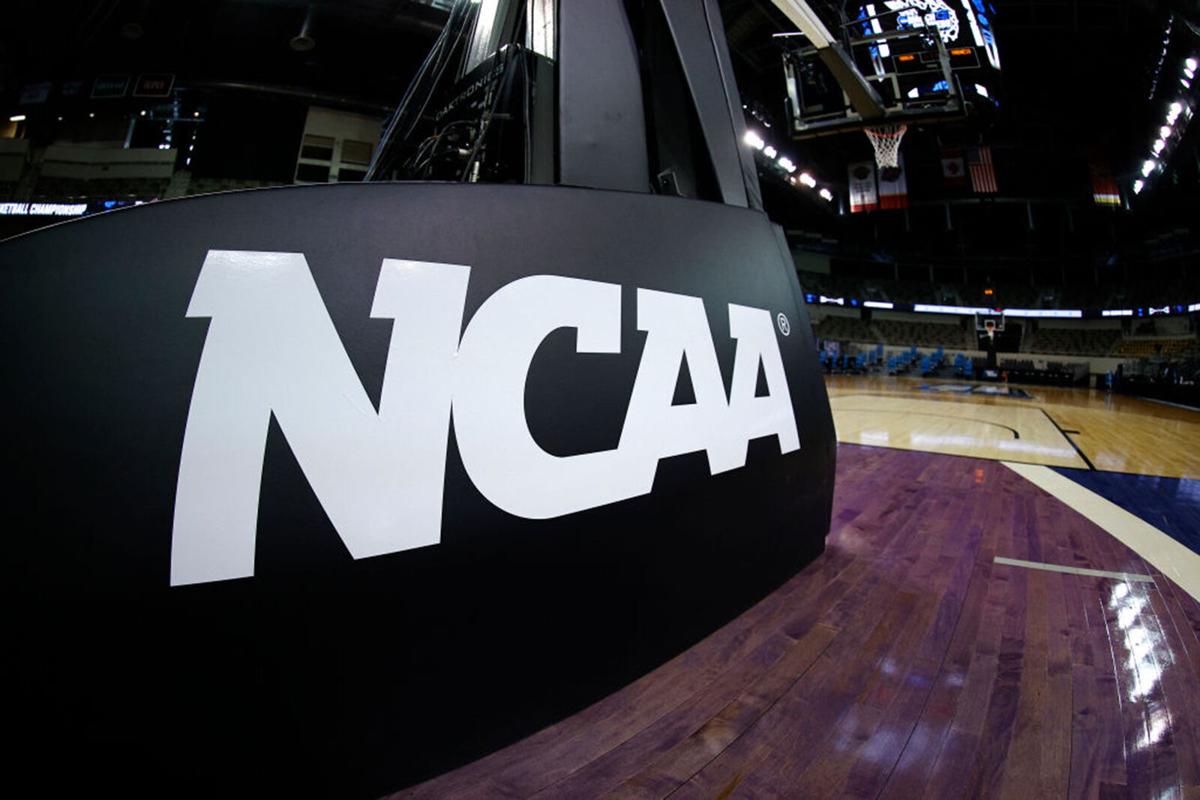 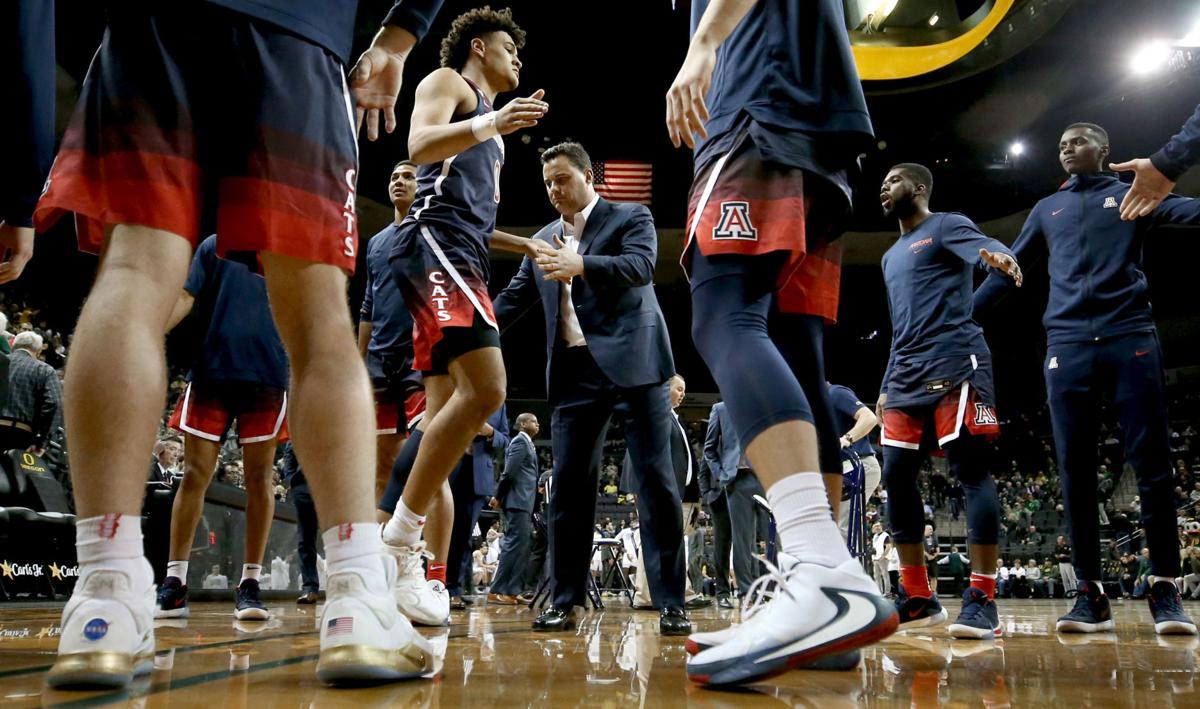 The NCAA’s initial notice of allegations, delivered to the UA a year ago, detailed wrongdoing by assistant coaches but noted “the ultimate responsibility for the integrity of the men’s basketball program rested with (Sean) Miller and his staff’s actions reflect on Miller as the head coach.” Miller was fired in April.