Seen and heard from McKale Center, where the Arizona Wildcats beat USC 85-80 after withstanding a late Trojans rally:

Ten players were named to the Karl Malone Award watch list, an accolade given to the top power forward in college basketball, and Arizona forward Zeke Nnaji was included.

The only Wildcat to win the Karl Malone Award is Deandre Ayton, who did it in 2018.

Josh Green soared in the first half for the Wildcats, which is a welcome sight for Arizona fans. Green’s 12 first half points came on a variety of ways: a baseline dunk, transition dunk and even a couple 3-pointers. It marks just the second time in the last seven games that the freshman forward has scored double figures.

Following the trade, Iguodala signed a two-year, $30 million extension with a team-option for the 2021-22 season, which gives Miami salary cap flexibility and allows the Heat to target a player for a max deal, but if Miami strikes out in free agency, Iguodala will be retained for a final season that’s worth $15 million.

Iguodala, who was in his final season of a three-year, $48 million contract, has sat out the entire season with the Grizzlies thus far since he was traded to Memphis from Golden State following a six-year run with the Warriors that included three NBA championships and NBA Finals MVP honors.

Miami is Iguodala's fifth team since being drafted by the Philadelphia 76ers in 2004. Iguodala also played for the Denver Nuggets (2012-13) and the Warriors (2013-2019) before his pit stop in Memphis.

Hill is in the final year of a four-year, $48 million contract, which will expire in the summer. Hill has played seven seasons in the NBA since he was drafted in 2013 by the Pacers. After three seasons in Indiana, Hill also played three seasons for the New Orleans Pelicans before he was traded to Memphis during the NBA Draft. This season, Hill is averaging 5.7 points, 3 rebounds and 2 assists in 22.1 minutes per game.

The Heat has five games before NBA All-Star weekend and return from the midseason break on Feb. 20 against the Hawks in Atlanta.

Sean Miller earned his 400th career win with Thursday's victory, tying him for the 21st fastest head coach in NCAA basketball history to reach the milestone. He needs 20 more wins to reach 300 wins at Arizona.

Thursday night marked the 60th anniversary of Ernie McCray scoring a program-best 46 points against Cal State Los Angeles. McCray shot 16 of 26 from the field and knocked 14 of 16 free throws en route to a 104-84 victory. The 3-point line wouldn't be added to the collegiate level for 26 more years.

McCray still holds the UA record for most points scored in a game.

Chris Mullin, a former Golden State Warrior and member of Team USA’s 1992 “Dream Team,”  in attendance for Arizona-USC as a color analyst for Westwood One’s radio broadcast. The Hall of Famer has worked as a radio analyst since stepping down as head coach at St. John's last year.

USC starters Jonah Mathews and Nick Rakocevic did not start after violating team rules, per a team official. Their punishments were rather quick: Both players were inserted into the game after the first timeout of the first half.

Turnovers by Arizona in each of its last two games.

One changed his immediate future.

The other changed the rest of his life.

Nnaji and Colorado's Tyler Bey are finalists for the Naismith's power forward of the year award.

Arizona Wildcats 'revert' after Washington sweep, but hang on to beat USC 85-80 at McKale Center

The Wildcats took a 20-point lead early in the second half but it was cut to three in the final seconds.

Wildcats were 'fat' and 'happy,' coach says, vowing to use uneven victory over Trojans as a teaching moment.

Pac-12 roundup: ASU lights it up from long range to rout UCLA

Wildcats move within a half-game of Pac-12 lead with win over USC; Colorado, Oregon still on top

A look at the Pac-12 standings, Thursday night's results and what to watch for this weekend in conference play.

Sean Miller said he regretted not playing Max Hazzard more but Chase Jeter is last in line to play. 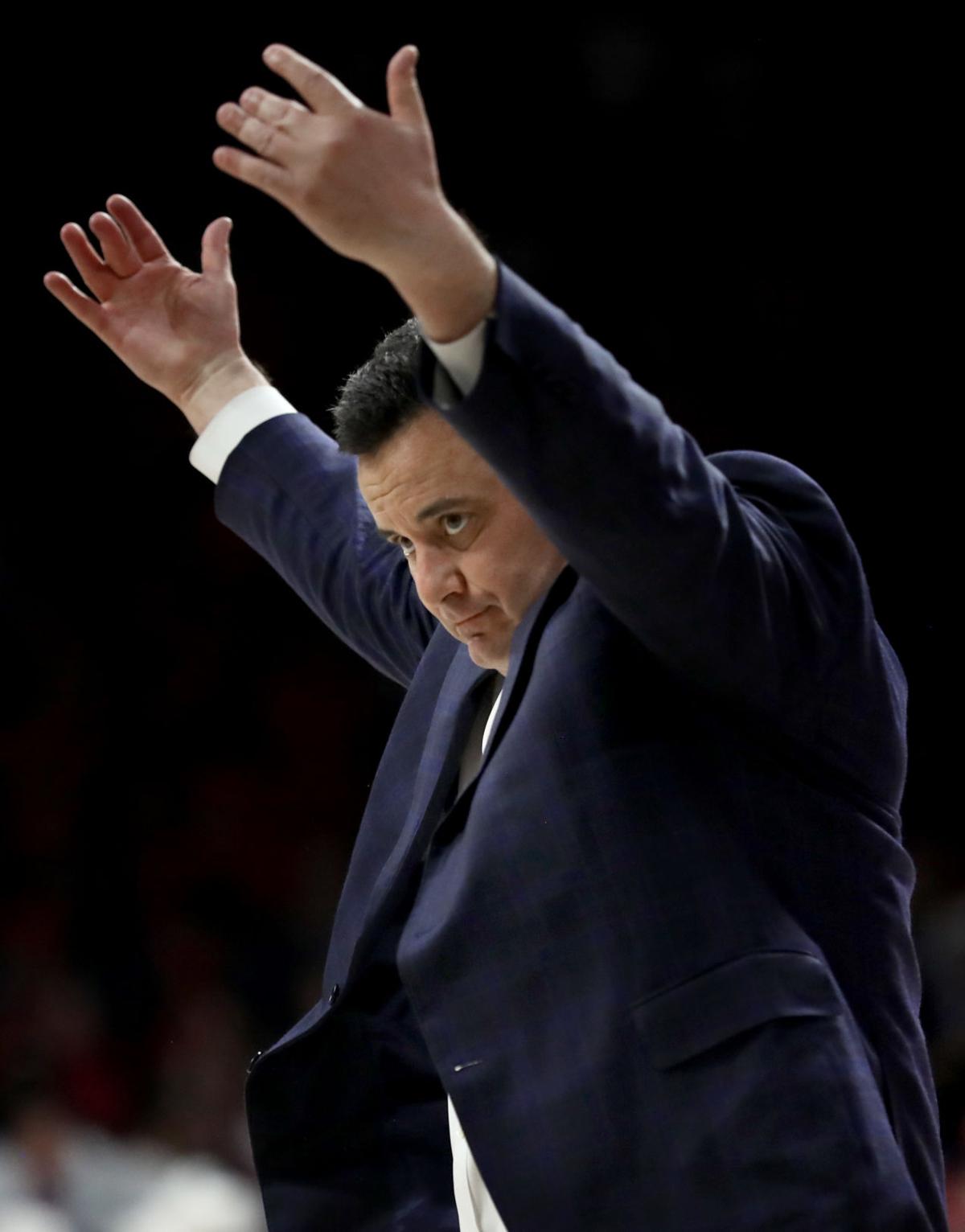 Arizona head coach Sean Miller calls his players to the sideline after calling a timeout late in the second half against USC. 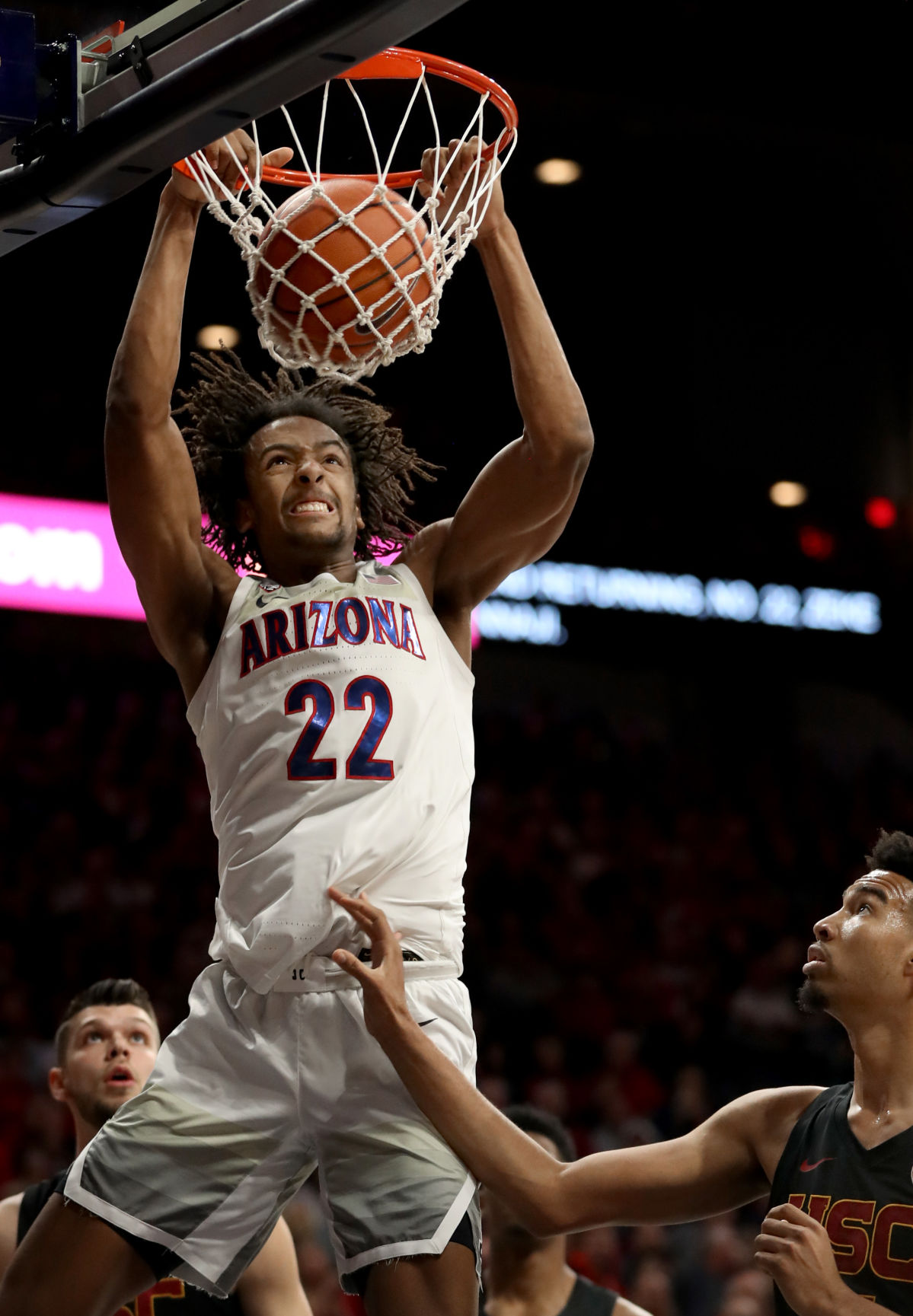 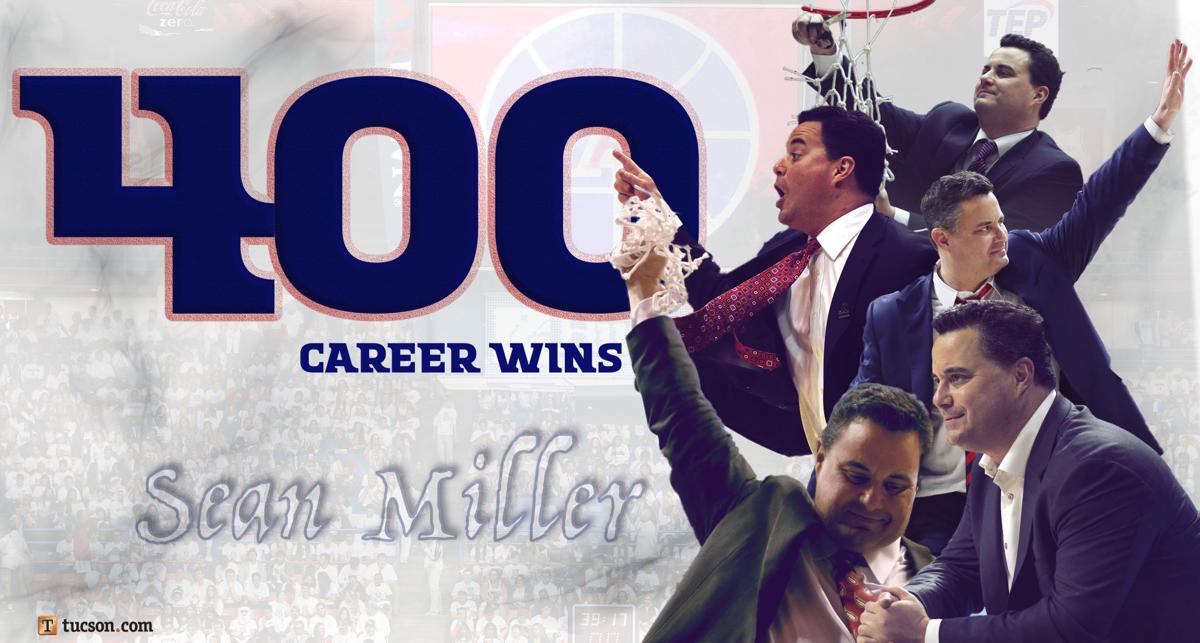 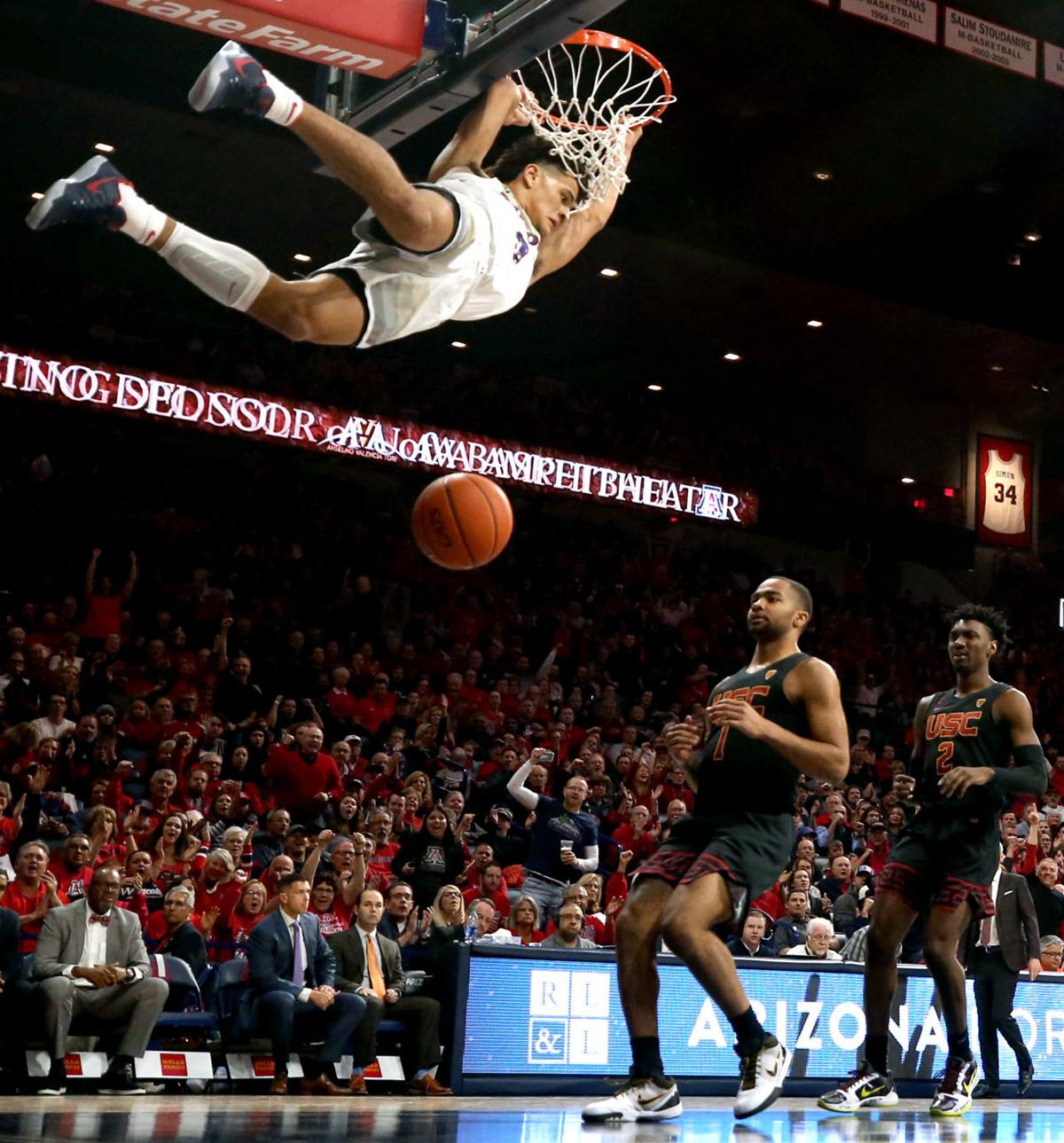 Arizona guard Josh Green (0) swings from the rim after polishing off a fast break against USC. 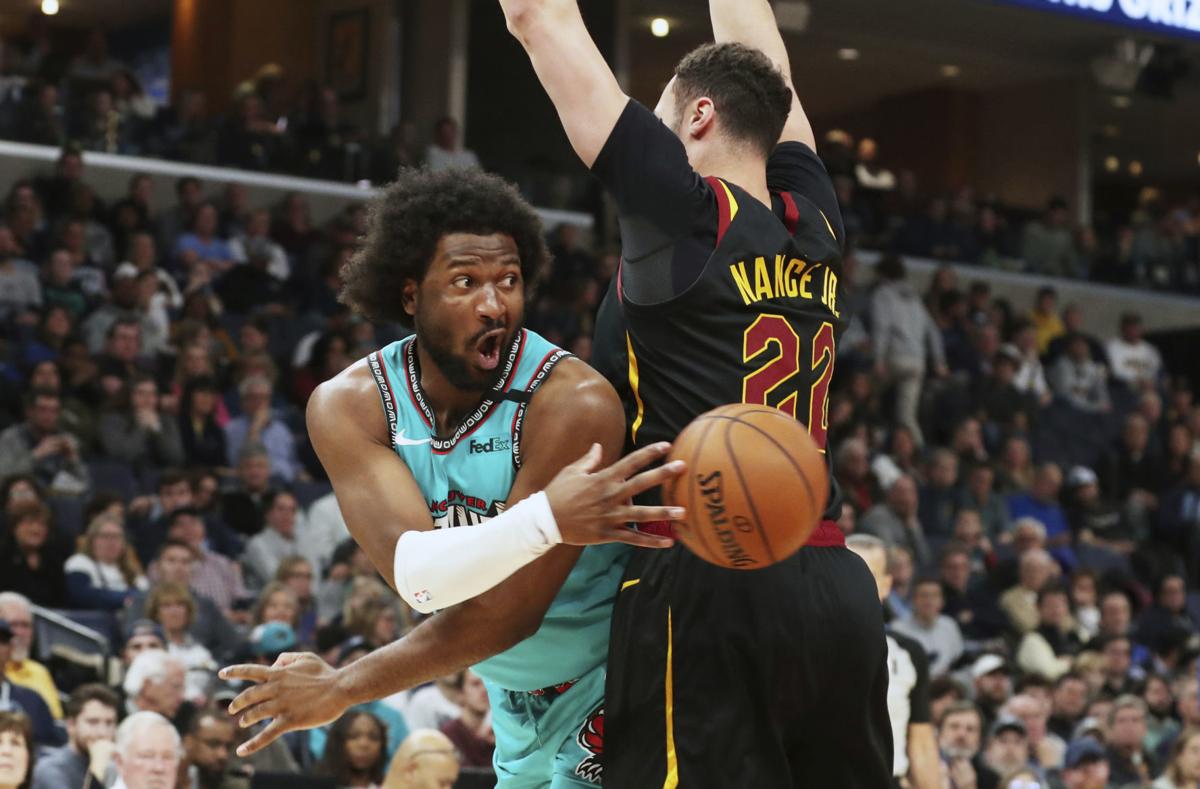 On Thursday, the Memphis Grizzlies shipped former Arizona Wildcats Solomon Hill, left, and Andrew Iguodala, as well as Jae Crowder, to Miami in a deal that included Dion Waiters and James Johnson. 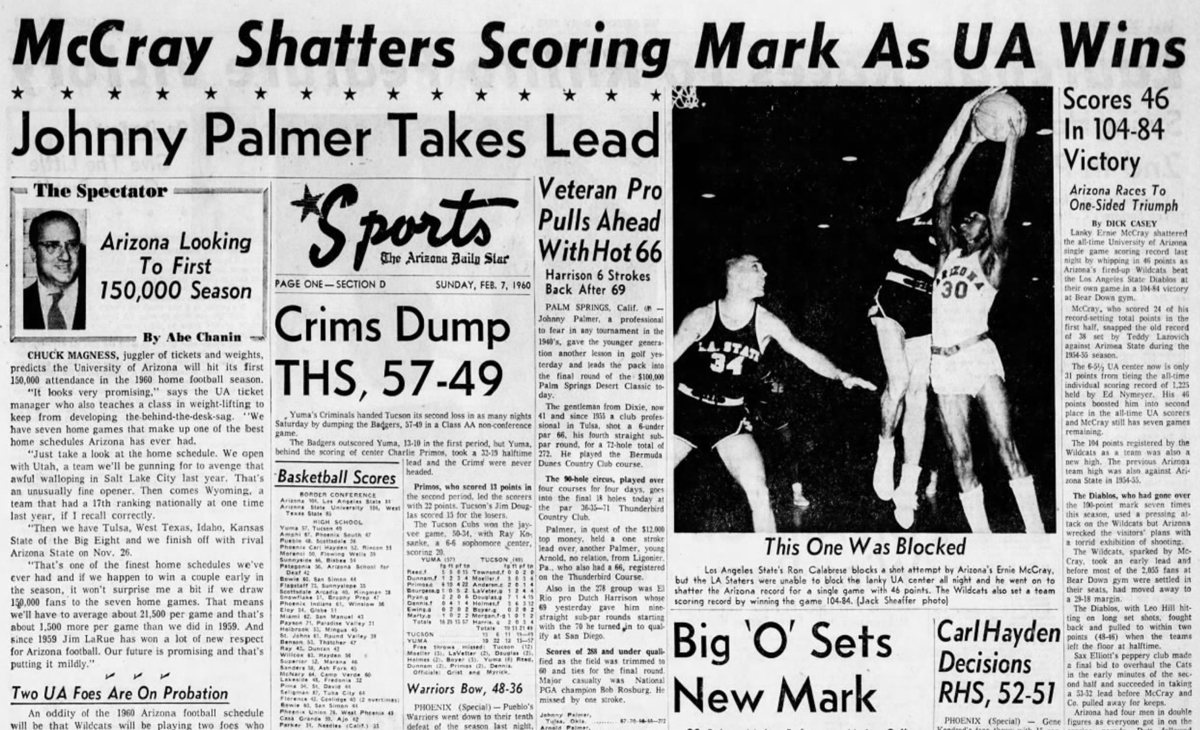 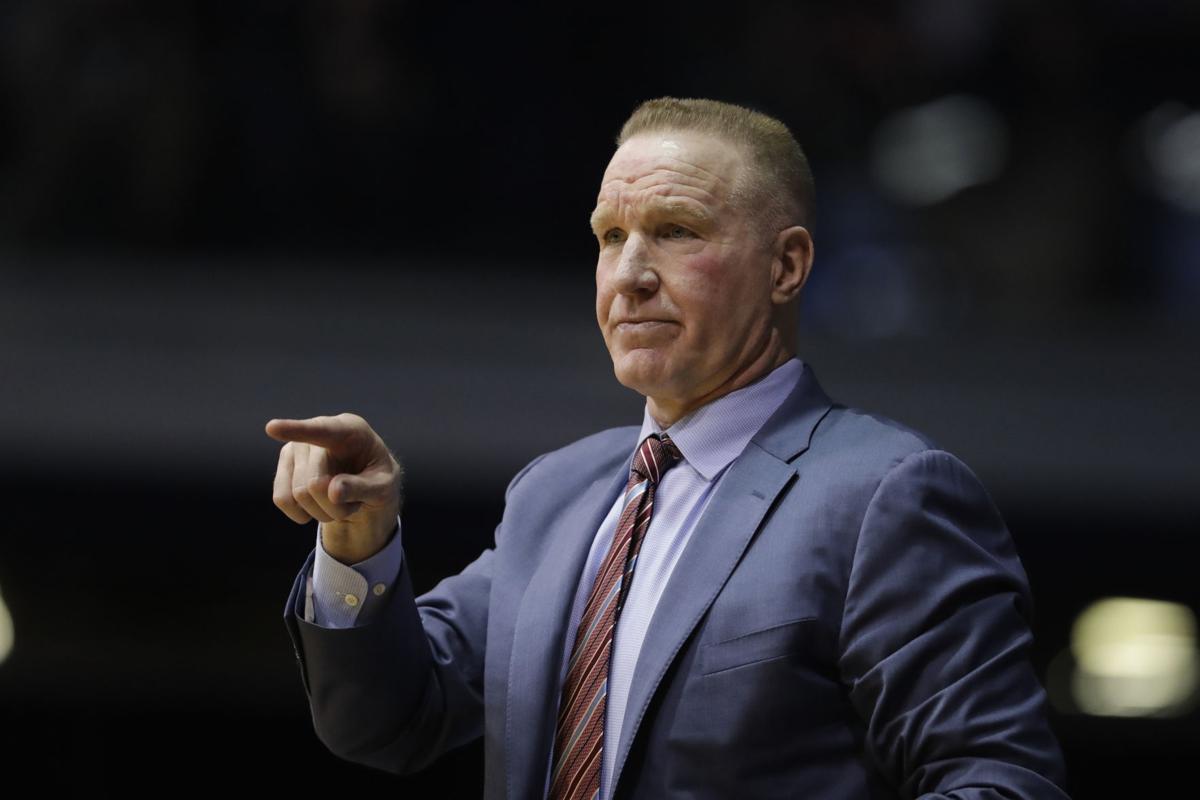 St. John's head coach Chris Mullin in action during the first half of an NCAA basketball game against Butler in Indianapolis. 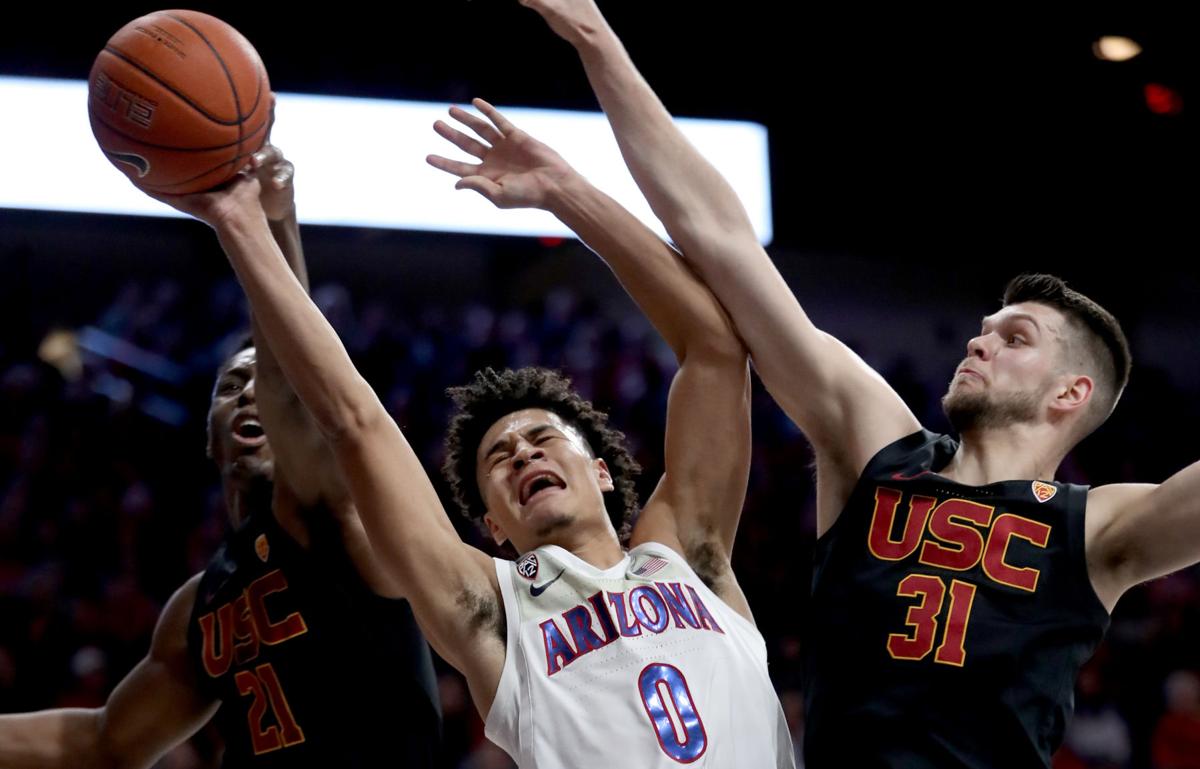