Murphy is back, and he has a more impressive title: associate head coach.

Murphy stepped down as NAU's head coach Sunday night and is joining Sean Miller's bench as the top assistant, both schools announced. Murphy replaces Mark Phelps, who has been on paid leave since February. No contract details were immediately available.

"There isn't another school in the country my wife and I would leave NAU for," Murphy said in a news release issued Sunday night. "When Coach Miller called, it brought back so many memories and emotions. It's something I could not pass up for my family. Being an Arizona Wildcat, it's in the fabric of who you are always."

Miller said in a news release that it was "very exciting" to welcome Murphy back. Murphy, who turns 40 next month, owns both undergraduate and master's degrees from the UA. He and his wife Michelle, the daughter of former UA athletic director Jim Livengood, have three children.

"Jack combines invaluable head coaching experience, recruiting at the national level of college basketball, and an NBA pedigree," Miller said. "More importantly, Jack brings a love for Arizona Basketball and our community like no one that I have met in coaching. He is a tremendous person, a caring family man, and an outstanding coach. All of us in our program look forward to working with him as we prepare for an exciting year ahead."

Murphy spent 1998-2006 at the UA, where he befriended and mentored future NBA players Luke Walton, Richard Jefferson and others. Murphy then spent three seasons (2006-09) as an assistant with the NBA's Denver Nuggets and 2009-12 as an assistant to ex-Wildcat Josh Pastner at the University of Memphis.

Both Walton and Jefferson touted Murphy's hiring in the UA's release.

"Having Murph back at Arizona is fantastic," Jefferson said. "His loyalty, high character and basketball knowledge are going to be a tremendous asset to Sean and OUR program! I couldn't be more excited today, and for the future of Arizona Basketball."

Said Walton: "Murph was there when I was a freshman at Arizona when we lost the 2001 National Title, and there in 2003 when we lost in the Elite Eight. He helped prepare me for the 2003 NBA Draft, and has been there for me ever since. When I think of Wildcat basketball, and what that means, I think of Jack Murphy. He will do a great job for Sean, and my family and I will be rooting for our Cats!"

Murphy joins a coaching staff that includes assistants Justin Gainey and Danny Peters. He replaces Phelps, who was making $275,000 annually when the UA put him on paid leave in February. The UA never gave a reason for its decision, but ESPN reported that Phelps was accused of an NCAA violation regarding the academic transcripts of former recruit Shareef O’Neal. The UA initially said it planned to terminate Phelps, but instead appears likely to let his contract lapse.

Murphy went 68-128 in six seasons at NAU, though the presence of a new athletic director cast some doubt on his job security. Murphy told the Associated Press two weeks ago that he and athletic director Mike Marlow, who announced in March that Murphy would coach the final year of his contract, understood the stakes.

“Once we sat, we kind of came to an understanding of you’re going into the last year of your contract and got to perform,” he said. “Not putting any wins or losses or any place in the standings on it, but you just have to perform.”

Marlow said Sunday night that "NAU Athletics is grateful to (Murphy) for his work ethic, dedication and passion for the game of basketball.  We wish him and his wonderful family the very best as they return to a program and university that they all care about deeply."

The UA recently posted a job description for associate head coach, seeking applicants with three years of coaching experience, a bachelor's degree and a commitment to Pac-12, NCAA and UA compliance, among other things. A UA degree, familiarity with the program's history and love of the Wildcats weren't listed, but they're certainly a plus. Murphy said in a news release that "there is no one I count on more than Coach Olson. My job is to carry on his legacy to the best of my ability."

"I am very excited to be back at the University of Arizona," Murphy said. "The great part about Arizona Basketball is that you never leave the family. You're just returning home after a long vacation to get to work to help Coach (Sean) Miller achieve all the goals he has set for Arizona. I just can't wait to get started."

UA has 13 players for 13 spots after Randolph officially decides to turn pro.

Arizona confirms annual Red-Blue Game will move up to Sept. 27

Brandon Randolph will work out for the Sacramento Kings.

Arizona is letting Phelps' contract run out on June 30.

Randolph is expected to get an opportunity in the G League or overseas.

"Money game" defeat, like Wednesday's, are part of life for Lumberjacks.

Walton "100 percent focused on coaching the Sacramento Kings" after investigation. 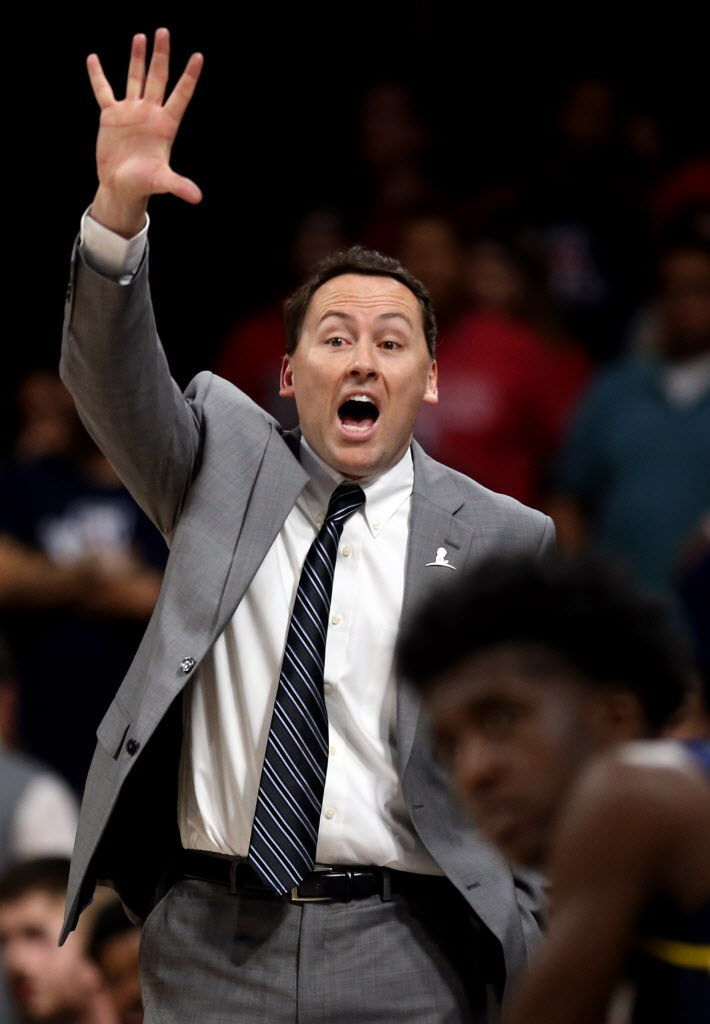 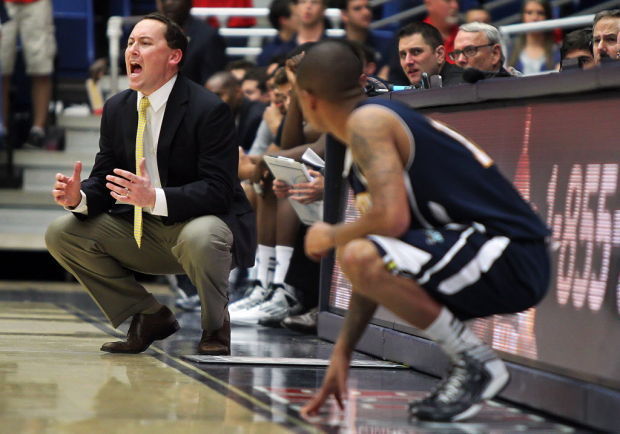 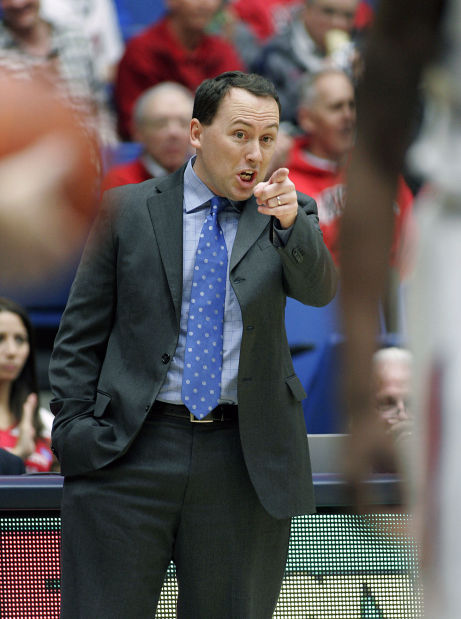 Northern Arizona head coach Jack Murphy points at one of his players during a foul shot in the first half of an NCAA college basketball game against Arizona on Monday, Dec. 23, 2013, in Tucson, Ariz. Arizona won 77 - 44. (AP Photo/John MIller)