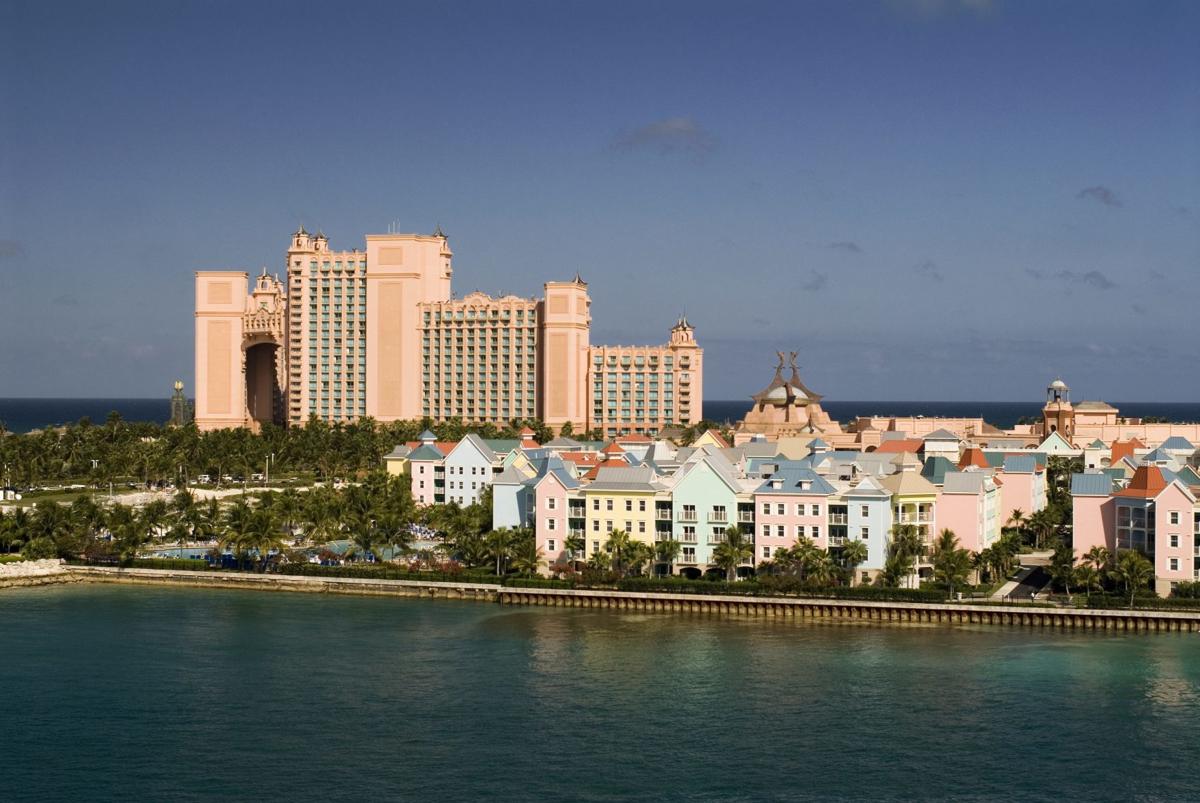 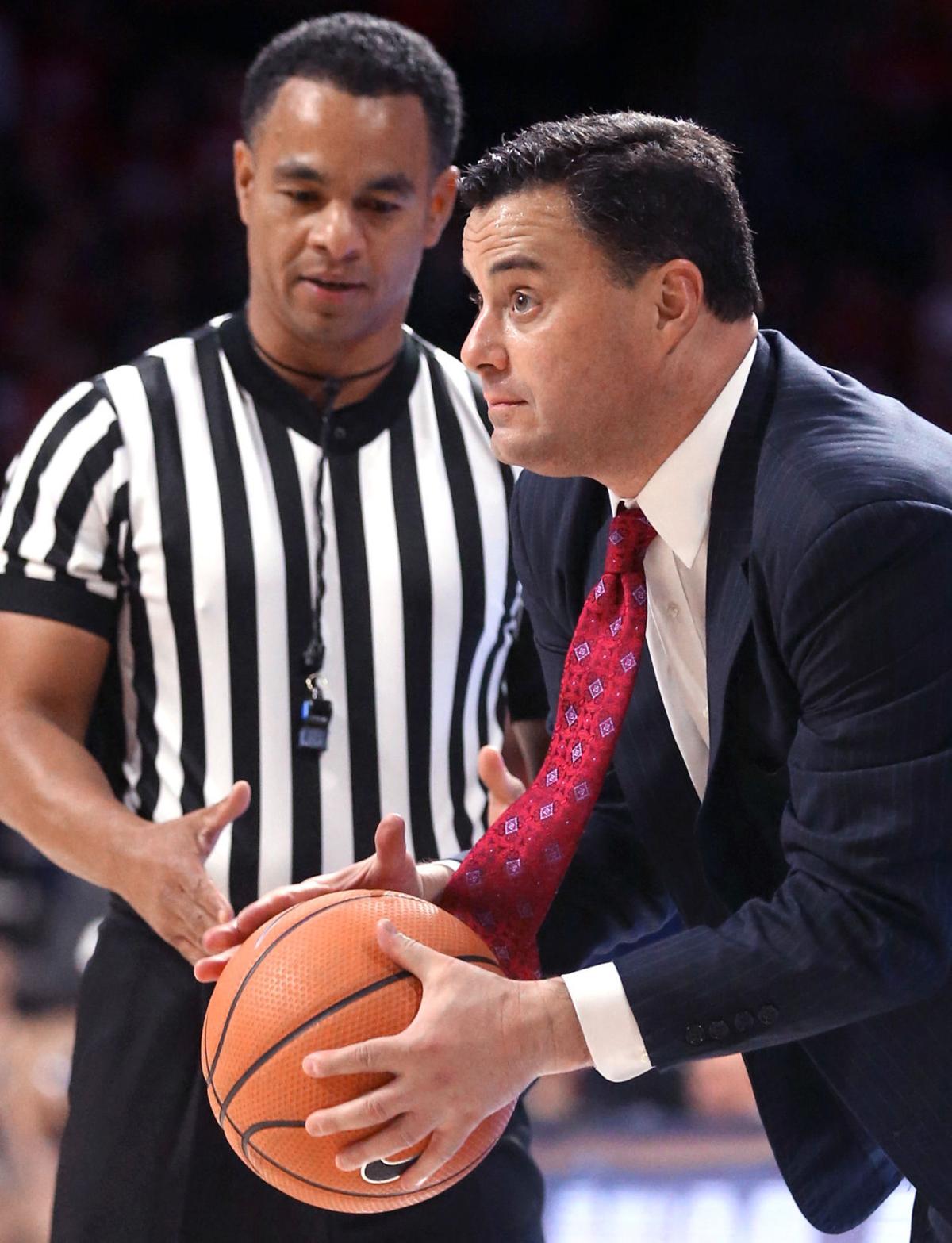 For Arizona and most high-major college basketball teams, early season tournaments aren’t about the money.

It’s about playing (usually) good teams in a neutral-court setting that mimics the NCAA Tournament and accelerating their RPIs and experience level while getting to play four games that only count for three against the NCAA scheduling maximum.

Beach time and/or sightseeing are bonuses.

But playing in the Battle 4 Atlantis this week should also net Arizona some decent cash: The Wildcats basically get an all-expenses-paid trip to the Bahamas and a $150,000 fee for showing up. The school merely has to pay the difference between commercial airfare that the event would have provided and its charter flight.

“It wasn’t a deciding factor in why we did it, but it’s obviously great for us to get that for the athletic department,” said Ryan Reynolds, UA’s director of basketball operations.

Many other early season events pay little, if anything. UA received all of a $7,500 stipend for playing in the 2015-16 Wooden Legacy event in Fullerton and Anaheim, California, and nothing from the Las Vegas Invitational they played in last season.

“Most of them just pay for travel and basic stuff,” Reynolds said.

Begun in 2011, the Battle 4 Atlantis not only offered teams generous packages in exchange for their participation, but also used to throw out a generous performance “donation” of up to $200,000 to schools that play in the winner’s bracket.

The performance incentive was included when Arizona signed the contract for the event in October 2013. It was amended out on Jan. 27, 2017, in an agreement signed by both sides, according to records obtained by the Star under a public records request.

Even if the trip breaks even, Arizona still comes out well ahead in basketball terms. The Wildcats will open with a high-major opponent (N.C. State), will face a well-respected mid-major on Thursday (SMU or Northern Iowa) and could face fifth-ranked Villanova in the championship game if both teams win their first two games.

Arizona already played a game that won’t count toward the scheduling limit when it hosted UMBC in a “mainland” game at McKale Center on Nov. 12.

Not surprisingly, Arizona coach Sean Miller is a fan of the multi-team events. Even last year, when UA played two consecutive days in the less-prestigious Las Vegas Invitational over two straight days, he said it was a valuable experience — in part because Arizona lost 69-65 to Butler in the final.

“Three games in three days is very challenging,” Miller said. “It tests your starters, guys who played heavy minutes, but you learn a lot about your team. Your team grows from that experience.

“We really improved after we lost to Butler because we had our team’s attention. We were able to fix some things that needed to be fixed. ... playing just at home or not playing great competition only does so much for you. (In the Battle 4 Atlantis) we have both of those challenges.”

How to watch Wednesday's game against NC State

Arizona’s opening game with North Carolina State will be carried only via ESPN3, meaning it will be streamed via ESPN.com/watch and on the ESPN app. (Some smart TVs and devices may also carry the ESPN app).

The Wildcats' return to television depends entirely on if they win or lose Wednesday: A win puts them on ESPN2 the rest of the way.

If the Wildcats win Wednesday, their game Thursday at 1 p.m. against Northern Iowa or SMU will air on ESPN2. If they then win that game, they'll play in the championship game Friday on ESPN2. That game is scheduled to tip off at 10 a.m.

If Arizona wins Wednesday but loses Thursday, it would play at 12:30 p.m. Friday on ESPN2.

• Make the head coach and select players available for other press conferences and activities (UA is scheduled to hold a clinic at a Nassau school on Tuesday morning).

• Help with promotion, including mailing boosters and season-ticket holders information about the event.

• The equivalent of commercial airfare for 30 people to Nassau booked 60 days out. (UA chartered its own flight).

• 15 rooms and two suites at the Atlantis resort.

• Three meals per day for the traveling party

Source: Documents obtained from UA by the Star under a public records request.

Arizona Wildcats must channel emotions in positive direction in rivalry game vs. ASU

The Cats can’t afford to fall victim to the undisciplined play that undermined them at Oregon.

The RTA is now projected to bring in $1.6 billion, down from the $2.1 billion originally forecast.

Before the law, the rezoning could have been killed with one "no" vote from the Tucson City Council, but now opponents will need four "nos" to prevail.

The course, taken by about 100 students, was never vetted or approved.

There is a plethora of former Arizona Wildcats playing in the NBA right now -- some young, some older -- and a handful of them are either soli…

Will their killers get away with murder?

Here are some of the unsolved cases in and around the Tucson area.

The Wildcast, Episode 46: Who are the best 5 freshmen in UA basketball history?

Before Arizona takes on N.C. State on Wednesday in the Battle 4 Atlantis, the Wildcats took time to talk and hoop with local students. Here is…

The Arizona freshman averaged 22 points, while his teammates average 47.3 combined.