The Arizona Wildcats upset No. 4 Michigan to win the Roman Main Event Championship in Las Vegas. And they did it convincingly, taking down the Wolverines 80-62.

Arizona led for much of the night to improve to 5-0 this season.

These numbers break down how the Wildcats got it done against Michigan:

The Wolverines had no answer for Arizona big man Christian Koloko, who finished with a career-high 22 points on 8 of 13 shooting. Koloko was around the rim early and often, scoring via layups and alley-oops.

Fourteen of Koloko’s points came in the second half; he had three dunks in a span of less than two minutes and his third one put Arizona ahead 72-52 with 5:27 to play.

The 7-foot-1-inch center also had seven rebounds and four blocks, the fourth time this year he’s had at least four blocks.

Bennedict Mathurin has averaged 18.6 points over his last three games compared to 10.5 in the team’s first two. The sophomore scored 16 points against Michigan on 7-of-13 shooting and led the Cats with two made 3s.

It’s also Arizona's first win over a top-five team by 18 or more points since beating Michigan State 80-61 in the 2001 Final Four.

Arizona has won its last three games against Michigan. The Wildcats last played the Wolverines during a home-and-home series in the 2013 and 2014 seasons, with the Cats winning in both Tucson and Ann Arbor.

The Wildcats owned the paint, outscoring Michigan 54-30. In addition to Koloko’s 22 points, Azuolas Tubelis added 13 and the team converted on 10 of their 13 layups at the rim. They also had nine dunks, six of which came in the second half.

The Cats committed 10 turnovers on Sunday, two nights after committing 21 against Wichita State. The Wolverines turned it over 15 times.

The Wildcats have won in-season MTEs in two out of the last three seasons. Arizona won the Wooden Legacy in Anaheim during the 2019-20 season.

Arizona will play three games in three days this week at the Paradise Jam against Vanderbilt, Rutgers and DePaul.

Arizona State is favored by three scores over Arizona, which could have one of its key offensive weapons back.

13 candidates for the Arizona Wildcats DC job, from big names to in-house options

Who will be the Wildcats' next defensive coordinator? These names could be good fits. 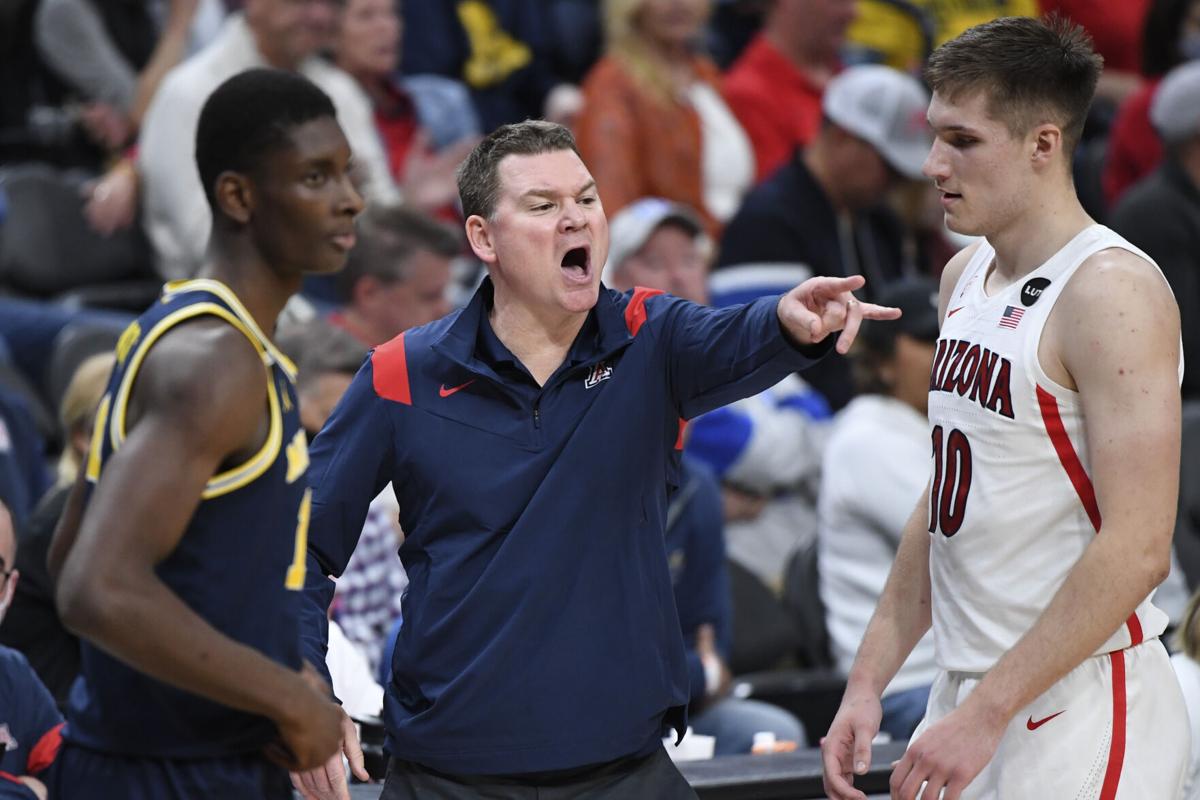 Arizona head coach Tommy Lloyd calls to his players during the first half. UA beat a top-5 team for the first time since Dec. 30, 2017, when it knocked off ASU. 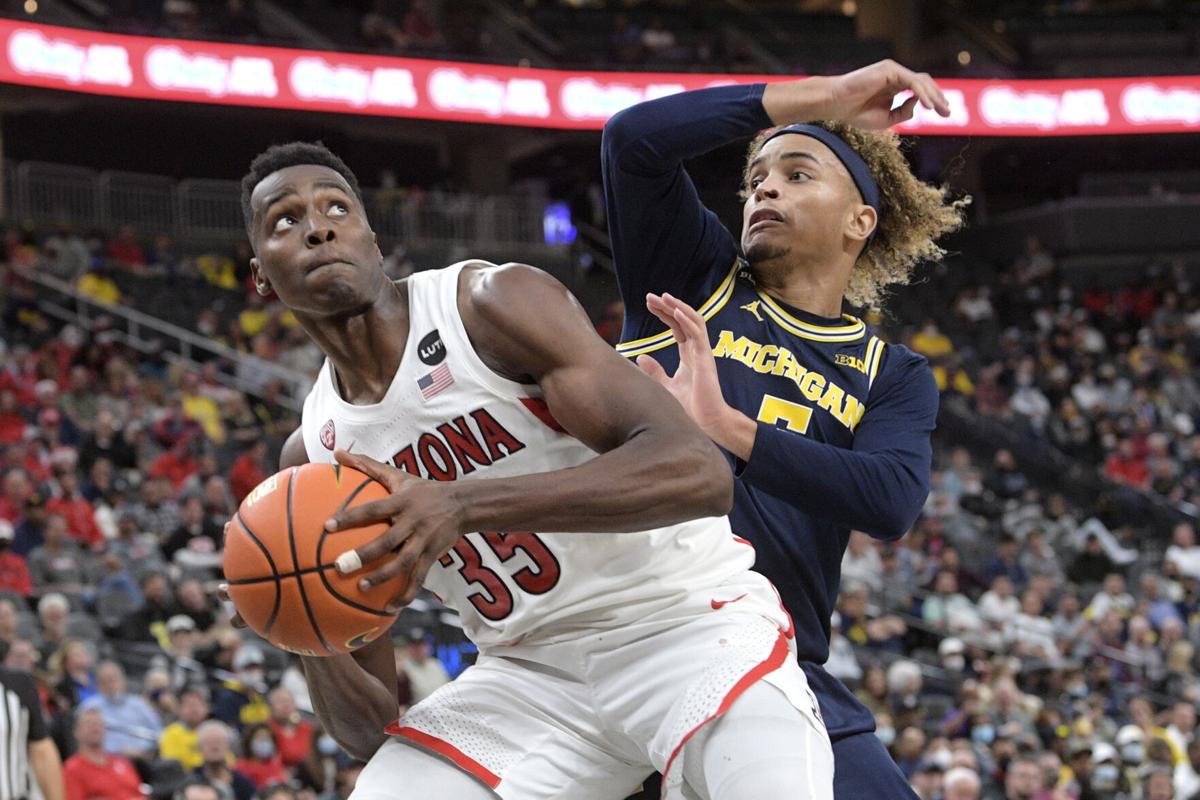 Arizona's Christian Koloko eyes the basket while being defended by Michigan Terrance Williams II. Koloko was named the MVP of the Main Event tournament.