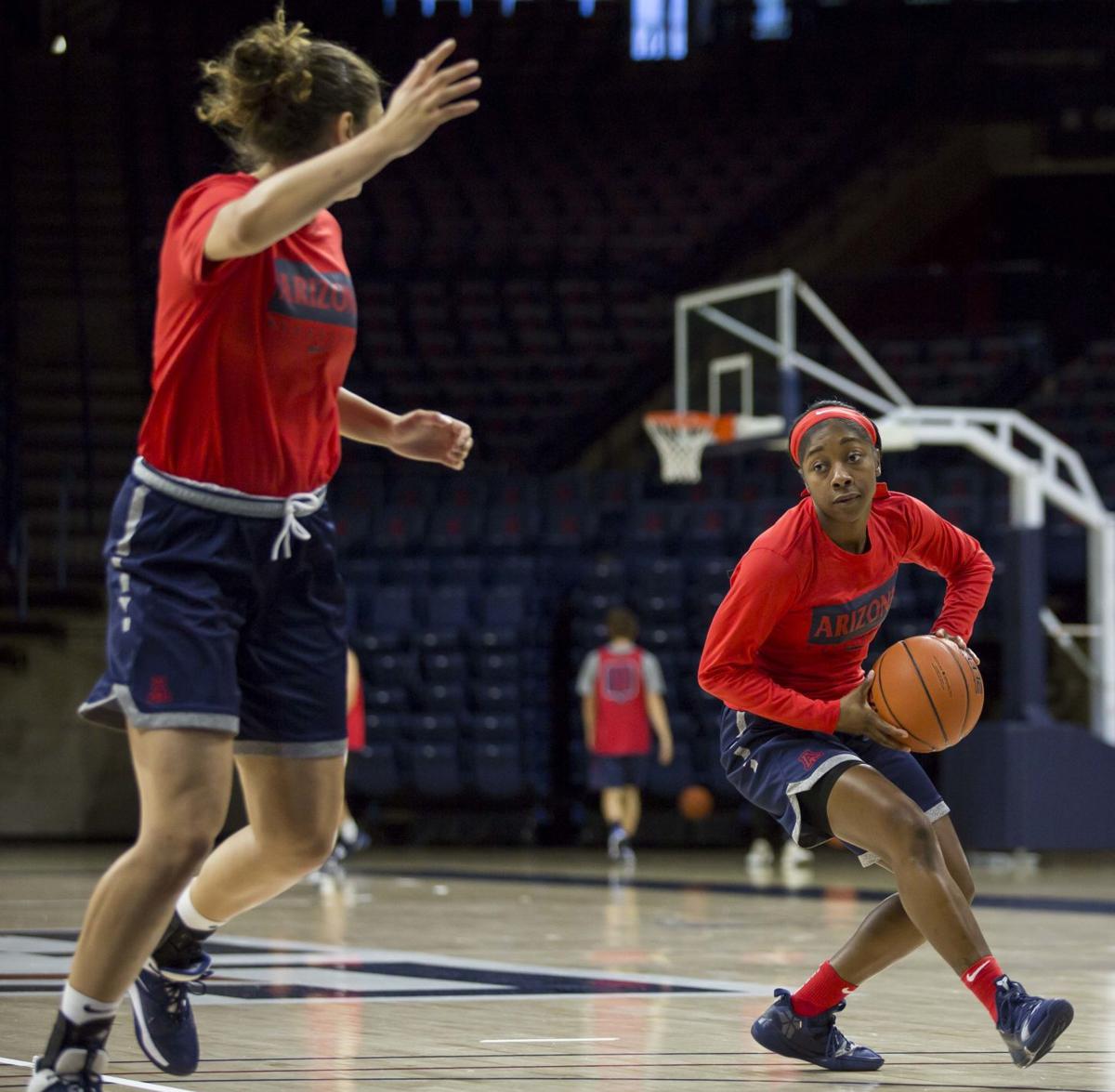 Junior guard Aari McDonald, right, will have more help this season thanks to a deeper bench. The Wildcats open their season against North Dakota on Tuesday night. 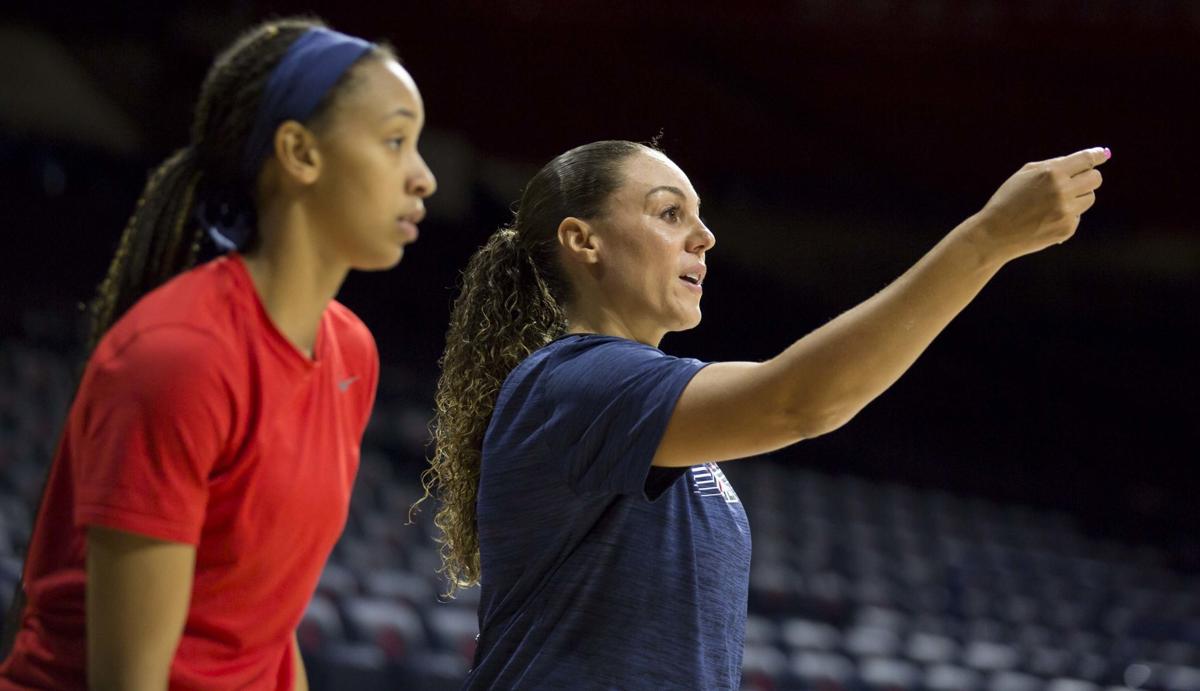 For three weeks last spring during the WNIT run, the Arizona Wildcats captured the imagination of the Tucson community.

As the fanbase got bigger with each game culminating with a sellout for the championship game, the players grew even more determined to win it all.

After the Wildcats dominated their opponents and won the WNIT in April, Aari McDonald said: “The best is yet to come.”

What exactly that looks like is yet to be determined, but the anticipation is real heading into Tuesday’s season opener against North Dakota at 6:30 p.m. at McKale Center.

Season ticket demand rocketed during the offseason, and the Pac-12 coaches and media selected the Wildcats to finish sixth in the conference.

Charlie Creme from ESPN included Arizona at No. 19 in his preseason Top 25.

“We have more balance, more weapons,” Barnes said. “We always had a fun style of play, but now it will be more fun to watch Aari play now that we have more. Everyone can shoot off the bench, too. It makes us so much harder to guard.”

The bench now has nine players ready to sub and give the starters a little more rest than they’ve seen in the past. And it’s going to help a lot. Players will have fresher legs and will be ready for key situations late in the game. Minutes matter.

Sam Thomas has played a total of 2,353 minutes as a Wildcat in two seasons and in those 67 total games she has averaged the most minutes played (35.1 minutes) of any Wildcat in Arizona history.

Senior Lucia Alonso has played 2,769 minutes in her Wildcat career (averaging nearly 30 minutes per game) and is on pace to play the fifth-most minutes in school history. That’s a lot of minutes.

To really understand how these extra minutes impact them, look back at the 65-60, double-overtime loss to highly-ranked Oregon State at the end of the year. Of the total 50 game minutes, Dominique McBryde played all 50, McDonald played 48 and Thomas was in there for 47.

“(Now) we can play harder and deeper,” Barnes said. “It makes a big difference when you can rest people two, three, four, even five minutes.”

Everyone on the bench can shoot. In the exhibition game, all 12 who played had marks in scoring and every newcomer — Amari Carter, Sevval Gul, Mara Mote, Helena Pueyo, Tara Manumaluega and Birna Benonysdottir hit a 3. The Wildcats were 15 of 33 from the 3-point arc.

Pueyo was 3 of 4 from the 3-point line, and also filled the stat sheet with three assists, two steals and one big block. Barnes said you’ll see more of this from everyone.

“She shared the ball and you’ll see more of that,” Barnes said “I’m excited. I think you’ll see better team basketball. We have no selfish people...”We want to share the ball. We want to drive and kick. You may have a good shot and your teammate has a great shot I expect that to be a pass.”

Watch: Cate Reese talks about her leadership role and improving her shot

Arizona Wildcats sophomore forward Cate Reese talks with Star correspondent PJ Brown on her recent academic achievement, what she worked on in…

Junior guard Aari McDonald, right, will have more help this season thanks to a deeper bench. The Wildcats open their season against North Dakota on Tuesday night.