OAKLAND, Calif. — In terms of his career longevity, 2012 All-Star appearance, 2015 Finals MVP and three championship rings, Andre Iguodala could make a case for himself as the most successful NBA player ever to have played collegiately at Arizona.

But the veteran Golden State Warriors forward wasn’t interested in all that last Friday, after matching up with another fellow former Wildcat in Chicago’s Lauri Markkanen.

“He’s gonna be good,” Iguodala said. “Better shooter than people think. Can size you up. The game’s gonna go back to mismatches and he’s gonna draw a lot of mismatches. He’s good in the post. … He’s gonna tighten up his handle.”

“He could be the best player to come out of Arizona.”

Iguodala made no mention of himself, then settled on Arenas, the three-time all-Star. But he also wouldn’t be surprised if the Finnish big man surpasses even him someday.

“He’s got all the tools to be the best coming out of there,” Iguodala said.

Considering how woeful the Bulls have been during Markkanen’s second season in the league, it’s hard to see it sometimes.

Chicago was blown out in style when Iguodala faced Markkanen in a 146-109 game last Friday at Oracle Arena. Klay Thompson hit three 3-pointers in the first 70 seconds, the Warriors took a 43-17 lead at the end of the first quarter and it was pretty much over after that.

“He sees a glimpse of the rim and he’s going up,” Markkanen said, explaining Thompson’s early spurt with a characteristically succinct description. “That’s how good of a shooter he is.”

The Bulls dropped to 10-32 at Golden State and then picked up their 33rd loss a night later at Utah, losing the first three games of a five-game road trip that continues Tuesday against the Lakers in Los Angeles.

Having already fired coach Fred Hoiberg on Dec. 3 and promoting defensive-minded associate head coach Jim Boylen to replace him, the Bulls aren’t seeing improvements on the court, at least not yet.

“Of course, nobody likes getting their butt kicked,” Boylen said after the Warriors game. “But we’ll take the good moments and build on them and hopefully take the bad moments and learn from them.”

Among the good moments, he said, was being able to use Markkanen at small forward, matching the 7-footer against Kevin Durant and Iguodala. That move spoke to the unusual versatility Arizona saw during the 2016-17 season, when Markkanen served as an almost unguardable 3-point shooter who also, especially later that season, more aggressively scored around the rim.

His skillset has continued to grow in Chicago.

“It’s different,” Markkanen said. “I mean, I wasn’t just a shooter (at Arizona) but sometimes I felt like it. I think I’ve always had more to my game but it’s a different system here. I think it accompanies me pretty well.”

Similarly, Iguodala said defense is probably going to be the “last step” in Markkanen’s improvement.

“He’s going to continue to polish it up,” Iguodala said. “If he can be constant defensively and take a stance to that end where he’s going to be physically imposing, he’s got all the tools to be pretty good.”

Obstacles have made it tougher to improve this season. Not only are the Bulls adjusting to Boylen, but Markkanen also missed the first 18 games of the season with a right elbow strain. And even though Markkanen returned to score back-to-back 30-point games just before Christmas, Boylen says he’s still not fully himself.

“I think he’s still working his way back,” Boylen said. “That was a very difficult injury and there’s times when that thing’s a little sore.

“It’s healed, but it’s still healing, if that makes sense.”

In typical form, though, Markkanen has taken a philosophical approach to the injury.

That’s about as downbeat as Markkanen gets.

During a brief conversation with the Arizona Daily Star after a Bulls shootaround at the University of San Francisco last Friday, about the only other thing Markkanen even remotely expressed concern about was the long NBA trips and the pressure that puts on his wife, Verna, and their 11-month boy back in Chicago.

And that came only in the context of talking about how, as a Finn, he actually can appreciate Chicago’s weather and how much he enjoys the place.

“Yeah, it’s more like home but we’re on the road so much,” said Markkanen, noting that his parents sometimes fly over from Helwsinki to help. “Of course, Chicago is our home now and I love it. I have family here, so it feels good.”

When there’s trouble on the court, you won’t hear Markkanen talking about that, either.

When Markkanen was asked last month if Hoiberg had lost the Bulls’ locker room, he tried to deflect the question with a smile and said that’s “a difficult question to ask.”

Prodded for more, Markkanen said, “Obviously, the players are taking care of themselves and we talk about different stuff in the locker room, but I don’t think we talk about coach’s decisions or anything like that.”

A Yahoo account of the exchange concluded simply that Markkanen is “clearly too nice to say anything negative on the record.”

But Markkanen’s polite nature isn’t to be misunderstood for a lack of personality.

During his year with the Wildcats, Markkanen was known to be sneaky funny, and the world saw it last November when Markkanen appeared to troll Donald Trump in the wake of the California wildfires.

Trump claimed that the Finns prevented fires in part by cleaning their forest floors, so Markkanen responded by slyly combining his sense of humor with his passion for fighting climate change.

He posted a photo of himself on Twitter while holding a rake.

He then encouraged followers to join him in donating to a Red Cross site that was aiding those impacted by the fires.

The Bulls see that sort of humor all the time.

“He’s really funny. He doesn’t talk a lot because he’s from Finland, but he’s a goofball. You never see him down.

“Just the other day we were going through plays at practice and it was early. NBA players don’t like that sometimes. But he’s just out there smiling and laughing, and it brought a smile to my face.

“That dude, I’ve never seen him mad. He’s a great person, and a special talent. We need him.”

While lining up next to Iguodala on the free-throw lane late in the Warriors’ blowout of the Bulls, Markkanen even appeared to have the veteran former Wildcat smiling.

He has game, and personality.

Maybe that’s the skillset that carries Markkanen far in the NBA.

“He’s kind of got a little swagger to his game,” Iguodala said. “I like it a lot.”

Andre Iguodala says Gilbert Arenas had the best NBA career of players Arizona has produced. Of the 57 NBA and ABA players from UA listed by Basketball Reference, many have an argument.

Note: All seasons listed as the year in which the season concluded.

Trier says "I’ll probably go down as one of the best scorers ever to play at Arizona."

By the time Emmanuel Akot told Arizona coaches he was quitting Sunday, the Wildcats had already moved toward reducing his role.

Allen will take the two-way slot once taken by Allonzo Trier.

Why did Emmanuel Akot choose to leave the Arizona Wildcats now?

By leaving now, the Canadian forward forfeits half a season of eligibility.

Arizona's NET rating is 51 but CBS and ESPN NCAA Tournament forecasts include the Wildcats.

Limiting turnovers has pushed Arizona Wildcats to top of Pac-12

UA protected the ball during key stretch to open second half Saturday to pull away from Cal.

If Justin Coleman was sore, he didn't show it for Arizona Wildcats at Cal

BERKELEY, Calif. – The first time Justin Coleman came back from his dislocated left shoulder, he lasted only four minutes against Colorado and…

The former Wildcats will team up with Team World during All-Star weekend. 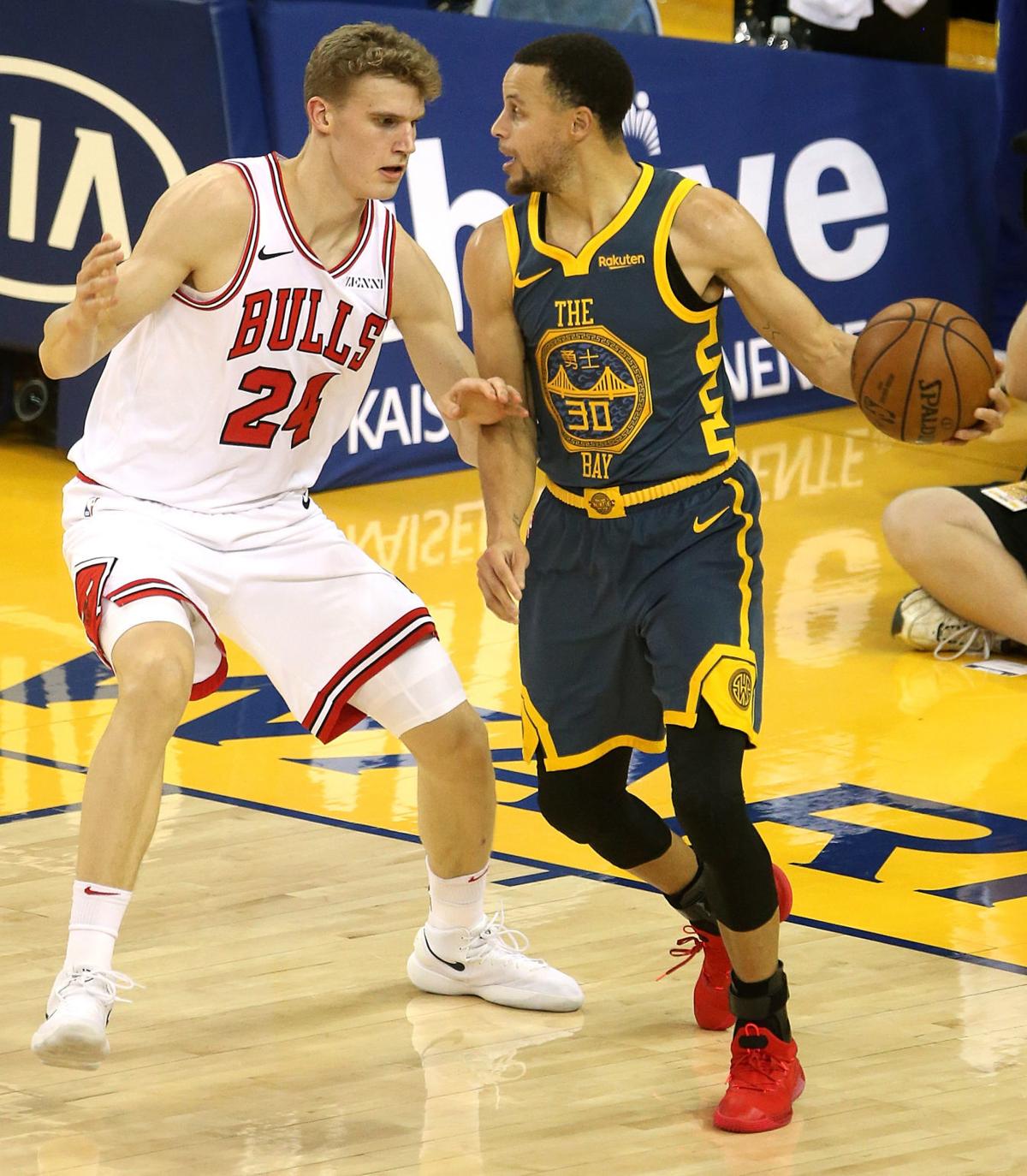 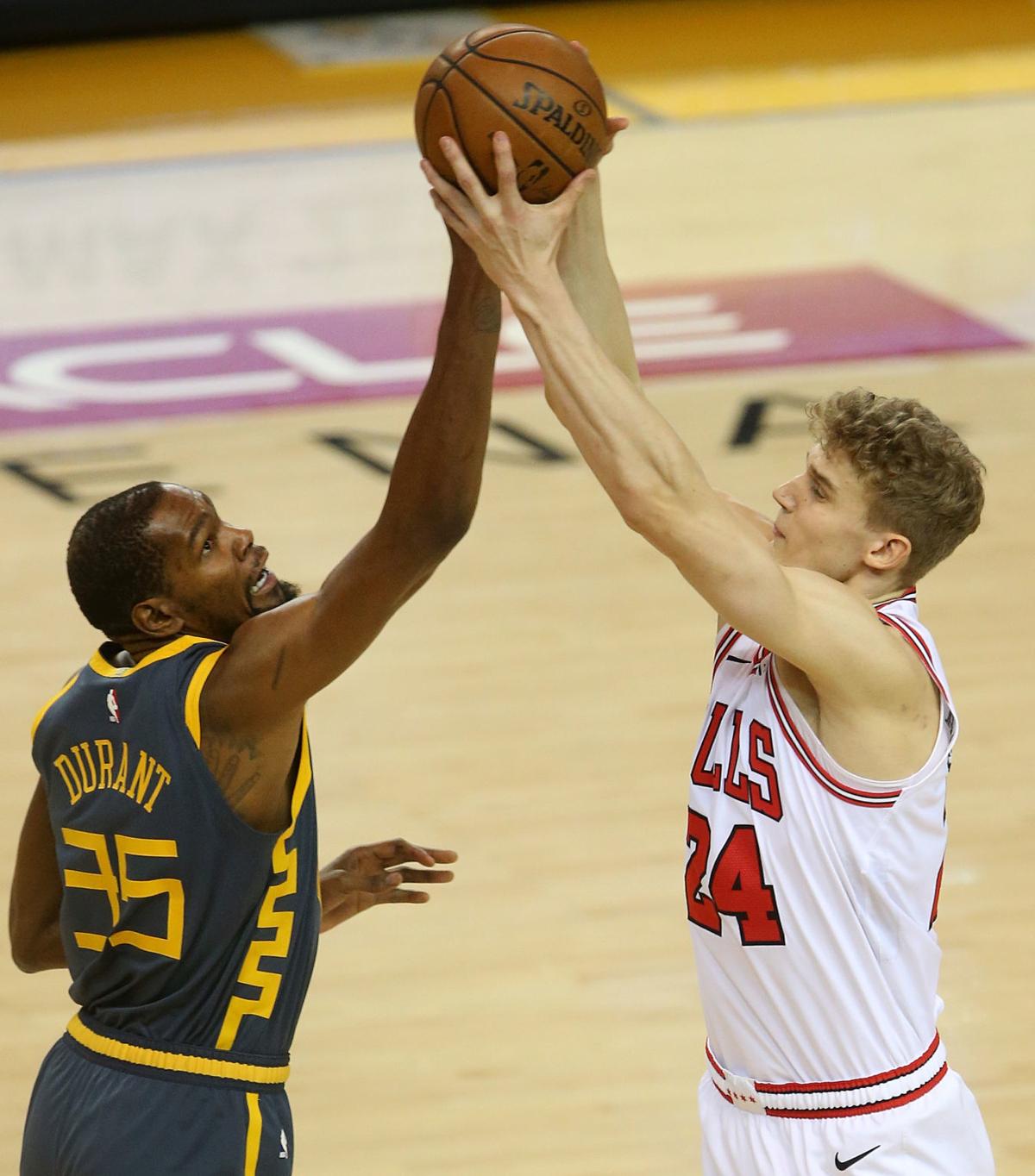 Former Wildcat Lauri Markkanen, right, is averaging 16.5 points and 7.1 rebounds for the Bulls. He’s in his second season with Chicago.