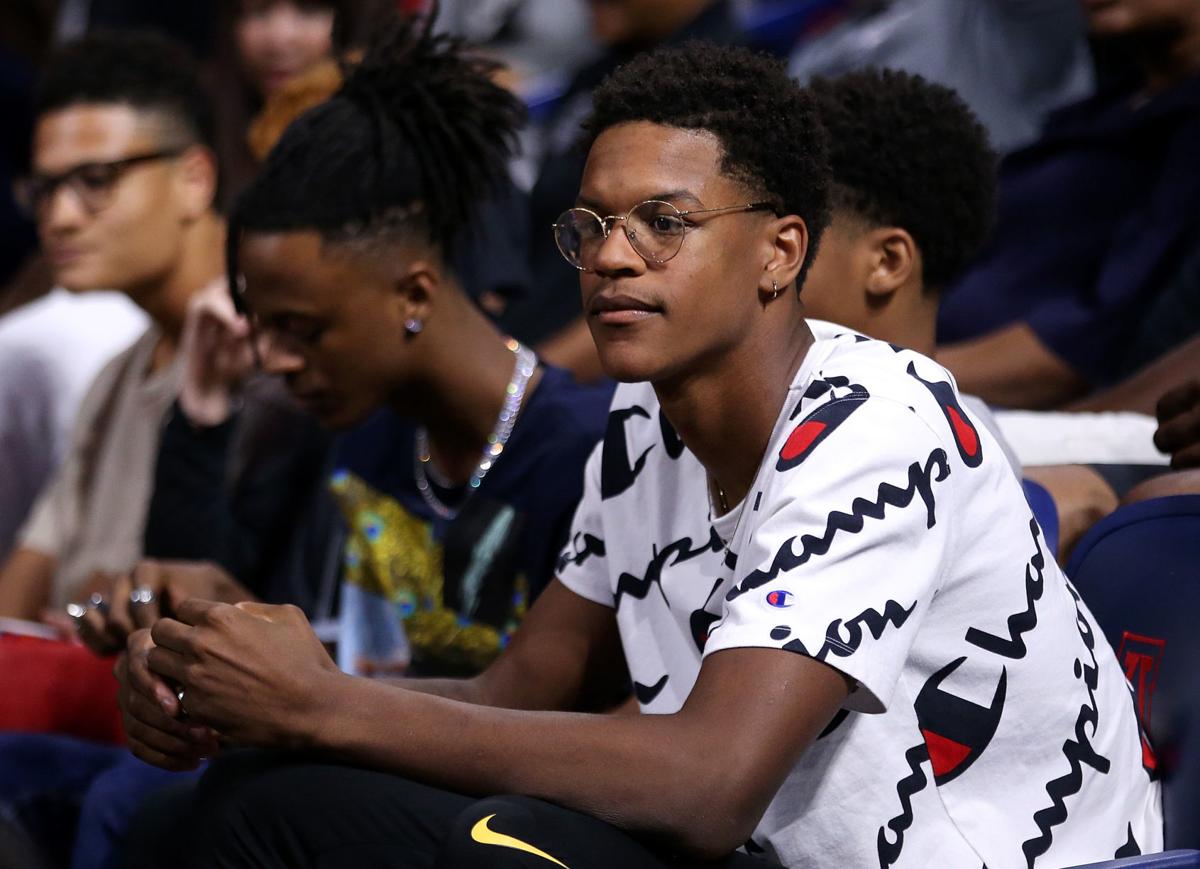 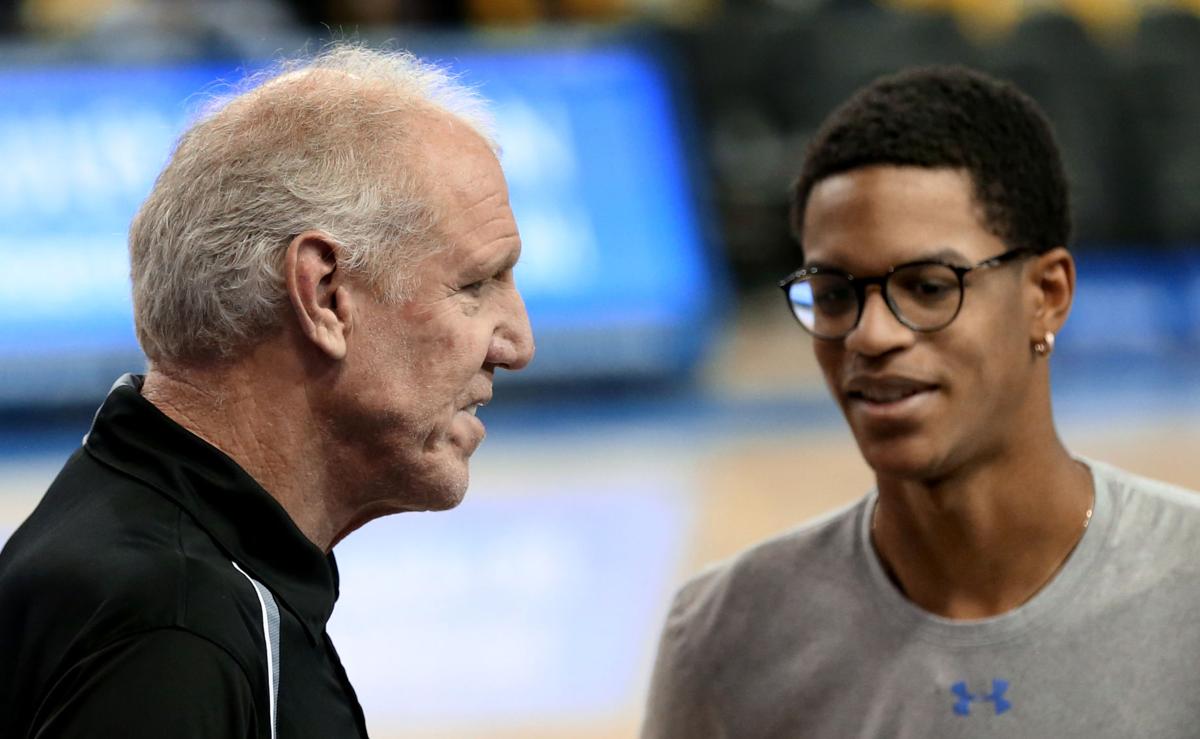 Former Bruin and current TV analyst Bill Walton talks with a group of players from both teams including UCLA forward Shareef O'Neal before the Arizona/UCLA at Pauley Pavilion, Saturday, January 26, 2019, Los Angeles, Calif.

After less than two seasons, UCLA forward Shareef O'Neal announced he will transfer from UCLA. O'Neal, a former Arizona Wildcats commit and the son of NBA legend Shaquille O'Neal, announced his decision Wednesday night on Twitter.

Next chapter... thank you ❤️ pic.twitter.com/EzHd6zRnuE

"My parents have always taught me that transparency is the best form of communication. ... However, I would like to give a special thanks to Coach Steve Alford who recruited me here Coach (Mick Cronin) for developing me and the awesome medical staff for giving me a second chance at fulfilling my dreams of playing on the next level," O'Neal tweeted.

The 6-foot-9-inch O'Neal originally committed to the Wildcats as part of their 2018 recruiting class, and remained committed after former UA assistant coach Book Richardson's was arrested for federal bribery in September 2017. O'Neal decommitted from the Wildcats on Feb. 24, 2018, the same day coach Sean Miller was away from the team amid an ESPN.com report that he discussed a $100,000 payment to land former UA standout Deandre Ayton.

O'Neal, a Los Angeles native, later committed to the Bruins and Alford. He missed his entire freshman season after undergoing open-heart surgery. He returned this season, averaging 2.2 points and 2.9 rebounds per game for Cronin, who's in his first season with the Bruins.

"A part of my heart will always be at UCLA figuratively and literally. I'm looking forward to that chapter, wherever that may be," O'Neal tweeted.

O'Neal will finish the quarter at UCLA, which ends on March 20, and then he'll announce his next destination, 247Sports.com's Evan Daniels reported.

After a trip to the Women's College World Series, UA softball is projected to have another magical season.

Former Bruin and current TV analyst Bill Walton talks with a group of players from both teams including UCLA forward Shareef O'Neal before the Arizona/UCLA at Pauley Pavilion, Saturday, January 26, 2019, Los Angeles, Calif.