How do you say adios to a legend?

How do you say goodbye to a monument like Lute Olson?

The grandest sports personality in Tucson history, the man who brought a national basketball championship to the University of Arizona, died Aug. 27 about a month shy of his 86th birthday.

Don’t tell anyone, but we called him “Frosty” on press row.

OK, it was in the good-natured sense — he was frosted with a pristine head of silver hair, like snow glistening atop Mount Lemmon.

And besides, he remarked once when asked about that nickname, “I’ve been called worse … and nobody’s ever called me ‘Corky.’ ”

Mount Olson was famously — and purposely — disheveled on the basketball court at the hands of an overjoyed Bennett Davison after he and his University of Arizona teammates won the NCAA title on March 31, 1997, in Indianapolis.

Like all coaches, Lute could be the other kind of “frosty” after a loss.

Not at home, though. Not for long.

Lute put it all behind him 10 days ago. He had been in failing health for years.

To walk on water where there is none — or very little, such as in Tucson — takes someone very special. Saintly, even, and that was another of Lute’s press-room nicknames: Saint Lute.

Olson came from the faraway land of North Dakota, a country of farms and ranches, a magnificent vacant lot as viewed from 30,000 feet in an airplane.

He was born on a farm not far from the town of Mayville, south of Grand Forks. Or east of Finley, if that helps.

Lute’s father died of a stroke when the lad was 5. His brother, Amos, had to drop out of college to come home and run the farm. Less than a year later, Amos died tragically, pinned beneath an overturned tractor.

Lute’s mother, Alinda, got a job as a cook and moved the kids into town.

Then he went to Augsburg College, where, on his recruitment visit, he met coach Ernie Anderson, who was on his hands and knees scrubbing the floor of the locker room. Lute never forgot that scene, and in his own career as a coach he made it a crusade that he would never be outworked.

Lute and the lovely Roberta Russell, a singing companion in the Sharon Lutheran Church choir in Grand Forks, were married in that place of worship on Thanksgiving Day of his sophomore year at Augsburg.

Lute had it so cushy as a college basketball player he only needed three jobs to make ends meet — he was a janitor, drove a truck and worked construction. Bobbi worked, too, helping put him through college.

Did I mention Lute found time to letter in three sports? Basketball, football and baseball.

A few months later, after taking time off to recuperate from the loss of Bobbi, Lute led the Wildcats to the championship game of the NCAA Tournament in, of all places, Minneapolis.

It would have been the storybook ending of all time had Duke, which has messed up a lot of dreams, not defeated the Wildcats in the championship game.

Lute would marry twice more after Bobbi died, to Christine in 2003 and, after their divorce, to Kelly in 2010. Kelly was with him at the end.

He was tall and he had an engaging personality, loved a good joke and created more than his share of laughs.

He had hands the size of a shovel and a smile that would light up McKale Center, and did, many times.

It should be said, too, that Olson had the perfect foil — the anti-Lute — in Bill Frieder, who coached the arch-enemy Arizona State Sun Devils.

They were friends off the court and business partners in a series of unforgettable TV commercials, Frieder the gifted, hilarious clown and Lute the straight man.

“He didn’t mind me being the funny man,” Frieder told Kent Somers of The Arizona Republic the other day. “It was more my style. The commercials are legendary, people still talk about them, and we had a lot of fun doing them.”

Olson and Frieder could have made it on Broadway.

Instead, they made it on Enke Drive, the address of McKale Center.

That two coaches whose teams tore into each other with such ferocity as the Wildcats and Sun Devils could actually be friends, is a testament to the goodness of both Lute Olson and Bill Frieder.

“Frosty” was that way with a lot of people, including some of us in the media.

Corky Simpson worked at the Tucson Citizen from 1974-2006, part of a journalism career that lasted nearly 49 years.

Appreciation: Lute Olson's commitment to consistency made the Wildcats winners

Game over game, season over season, the Arizona Wildcats under Lute Olson were always a contender. Over 24 seasons, Olson won or shared 11 Pac-10 titles and made 22 NCAA Tournament appearances.

That’s a remarkable string of consistent success, and Olson did it by being consistent in all areas: The way he evaluated recruits, the way he drilled them in practices, the way he gave them freedom in games and in the way he adapted.

"I was like, 'Well, his hair is always in perfect position. It never moves,'" former Wildcats Bennett Davison said. "I mean, we had 'Coach Olson Hair Helmets.' And he was kind of idolized around Tucson as the mayor, the senator, the governor. He kind of transcended all of those hierarchical positions.

In the days following Lute Olson's death, the Star reached out to those who were around the coach the most and asked for their best Olson story.

Here are memories from former UA employees, ex-Star staffers and others who worked with Olson in radio and television:

While I may have "founded" Sporting Chance, Lute launched it. With his support, along with that of Tucson’s favorite son and Coach Olson protégé Steve Kerr, we were on our way.

Men in Black are 2-4-1 on the season after tying Richmond Kickers 2-2 on Saturday night.

The University of Arizona has not specifically said how many off-campus students have tested positive for the coronavirus, but early outbreaks have been detected at apartments and Greek houses.

These Tucsonans, ex-Wildcats are on NFL rosters for Week 1

Here's a look at Tucson natives and former Arizona Wildcats who made a 53-man roster before Week One of the 2020 NFL season.

Plenty has been said and written about Lute Olson, who died Aug. 27 at age 85, and the teams he led to greatness. Arizona won its first Pac-10 title in 1986, Olson's third season in Tucson. The 1988 Wildcats made the Final Four for the first time in program history, and the 1994 team followed suit. The UA won it all in 1997, then returned to the Final Four in 2001.

IFL veteran and Santa Rita product Cam Gaddis will return for another season with the Sugar Skulls.

Texas defensive back Javione Carr commits to Arizona Wildcats for 2021

The Arizona Wildcats' latest addition to its 2021 football recruiting class is Texas defensive back Javione Carr. 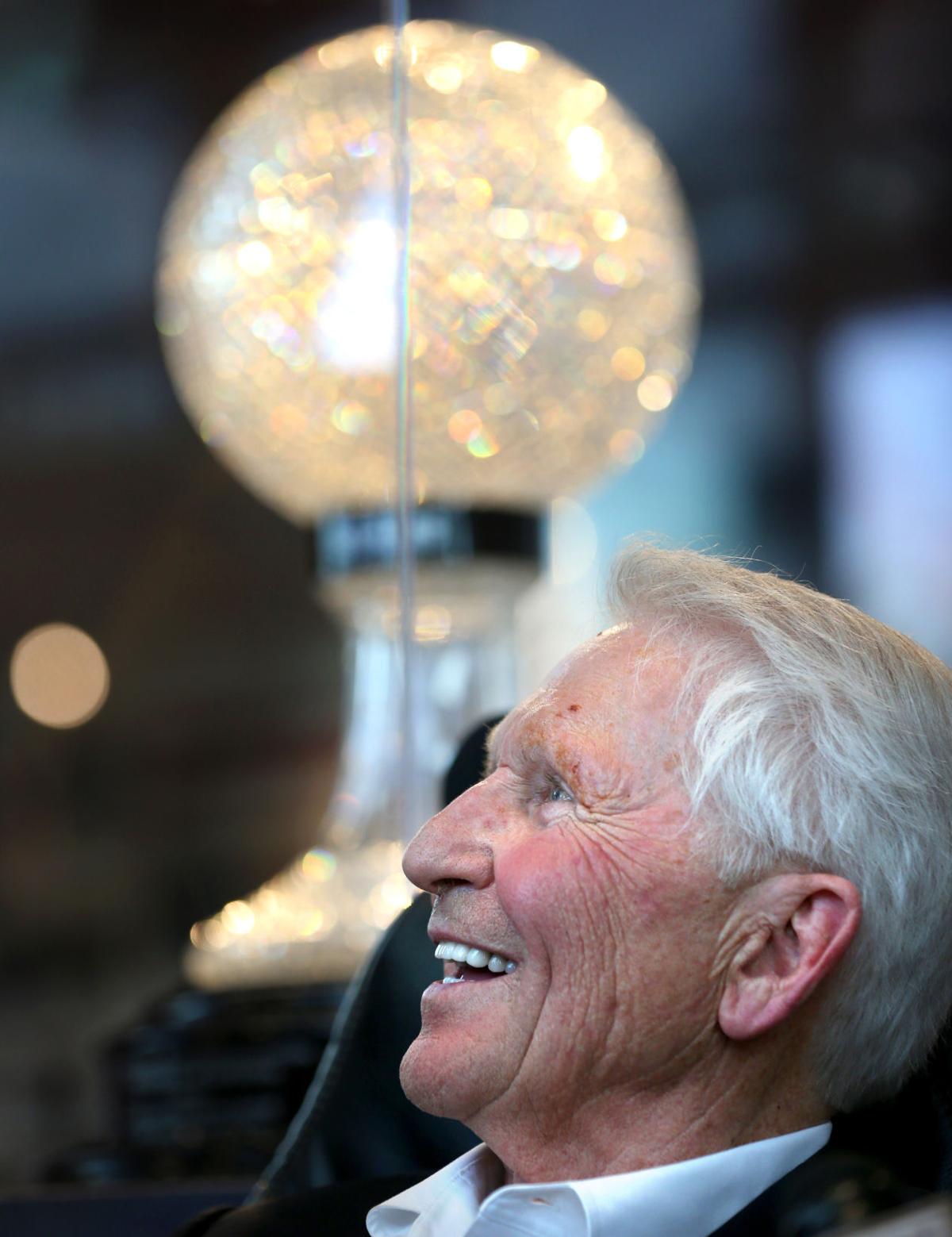 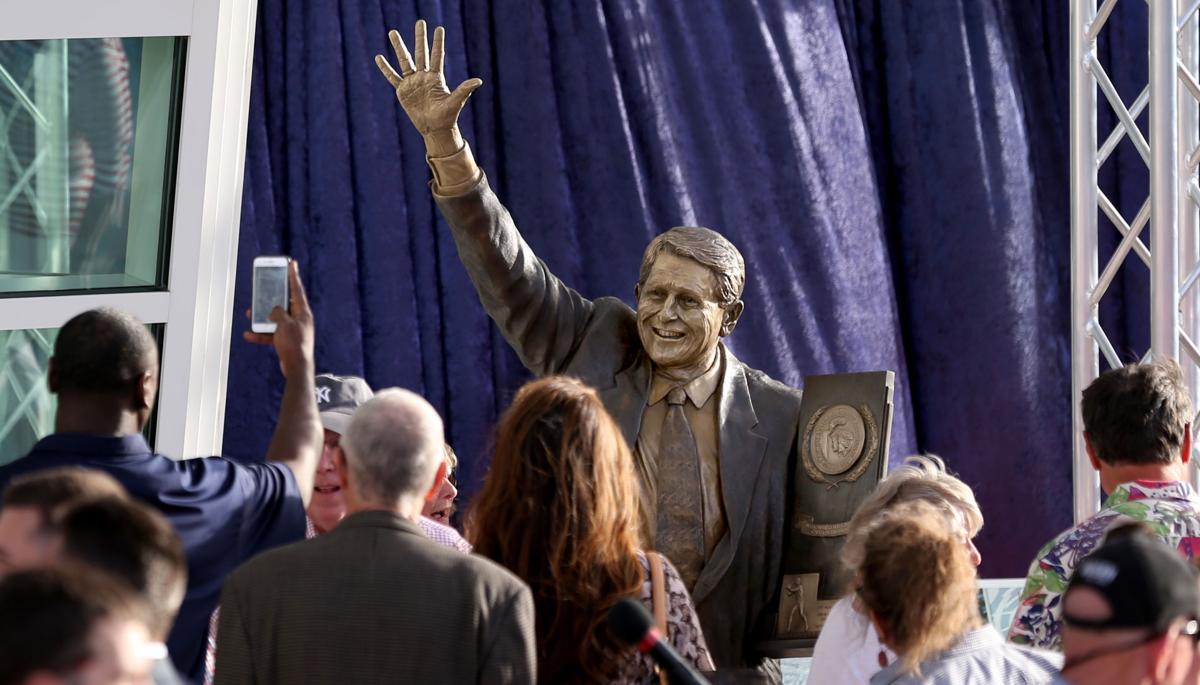 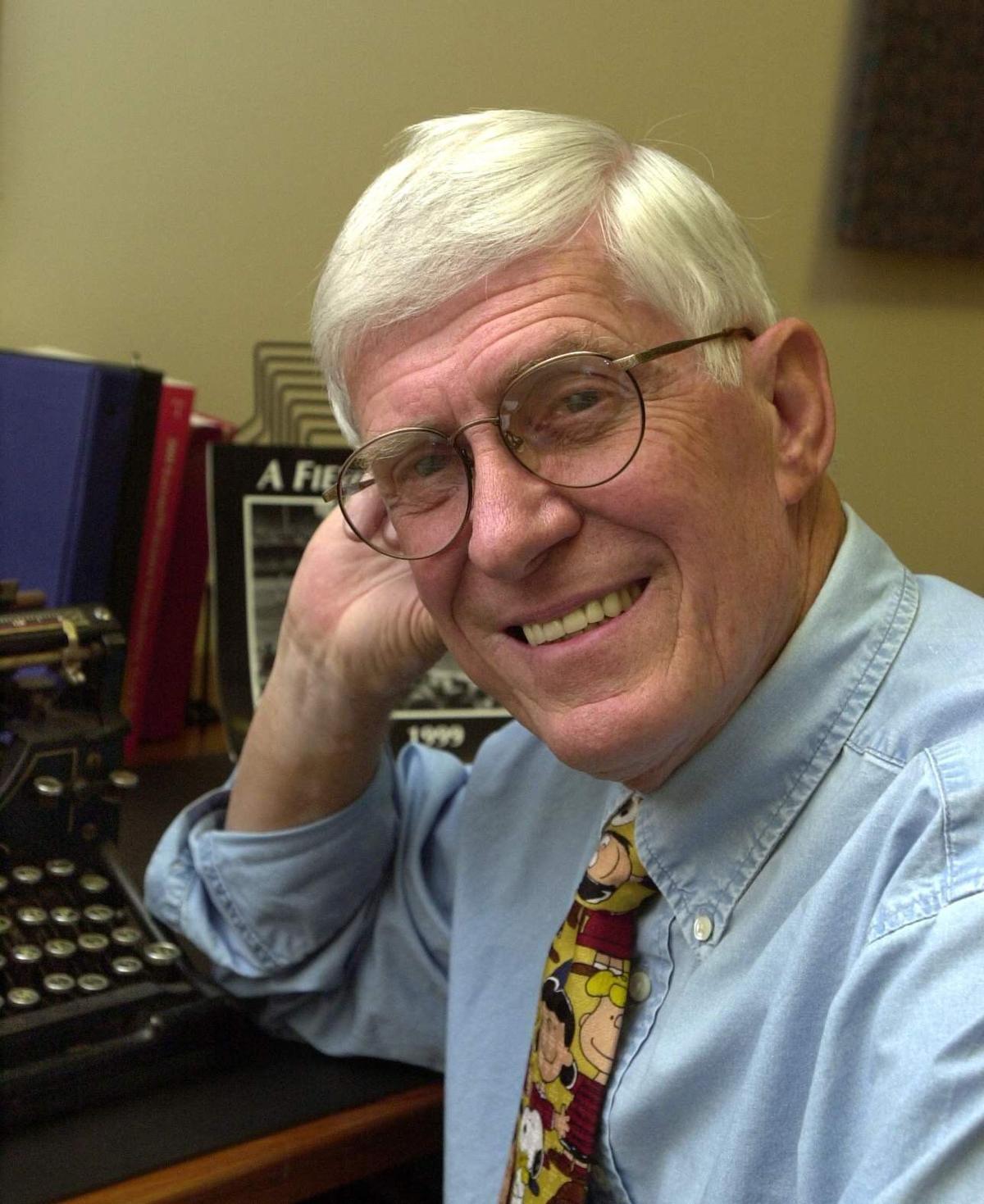