Ray Smith's college basketball career never had much chance to get off the ground, but his college academic career is finishing firmly on track: With a general studies degree from Arizona.

A five-star recruit out of Las Vegas in 2015, Smith suffered two ACL tears over his first two seasons at Arizona and retired from the game as a redshirt freshman in 2016-17. He stayed in school and will graduate after four-plus academic years, having majored in social, behavioral and human understanding.

Smith joined fellow and current Wildcat basketball players Jerryd Bayless, Chase Jeter and Justin Coleman at Thursday's athlete convocation while Ryan Luther (masters) and Dylan Smith (bachelors) will be graduating this summer but were not present.

Bayless' progress to a bachelor of arts in Africana studies is striking, considering he only spent one season at UA in 2007-08 and has been in the NBA since then. It's clear from Bayless' Twitter page that he's a pretty cerebral guy, and he was always confident and well-spoken as a player during his one season here.

Bayless spoke at Thursday's convocation, too:

While Bayless majored in Africana studies, Jeter, Ray Smith and Dylan Smith all studied social, behavior and human understanding. Luther and Coleman are scheduled to graduate this summer with masters degrees in educational leadership.

All graduating UA athletes and their fields of study are listed here.

The sophomore has until May 29 to return to school if he wants, but UA will have to make room if so.

With the federal proceedings over, the ball is in the NCAA's court now.

In the closest matchup between the two Indoor Football League expansion teams this year, the Tucson Sugar Skulls took down the San Diego Strik…

The NCAA could adopt the FIBA standard of 22 feet, 1 3/4 inches next season.

The Wildcast, Episode 194: On NCAA's evidence, UA's schedule and a stellar recruiting class

Justin Spears and Dominic Baciocco dive into the latest headlines surrounding the Arizona Wildcats basketball program after the federal trial.…

Steve Haney said he was only trying to establish that Miller had more influence over players than his assistants. 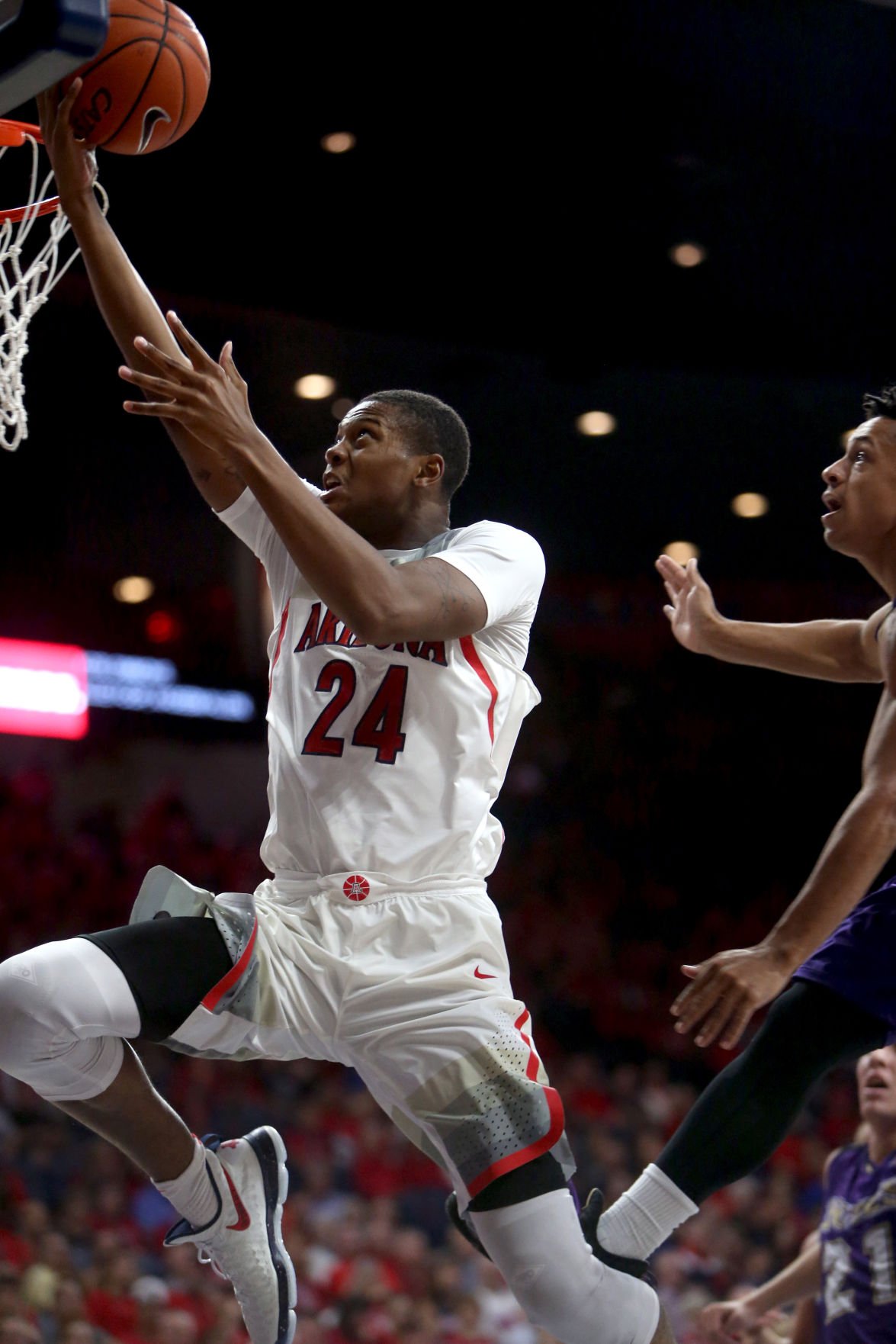 Arizona's Ray Smith goes to the basket relatively untouched but ended up sprawled on the floor on his landing and eventually helped to the locker room in the second half of against College of Idaho their game at McKale Center, Tuesday, Nov. 1, 2016, Tucson, Ariz. 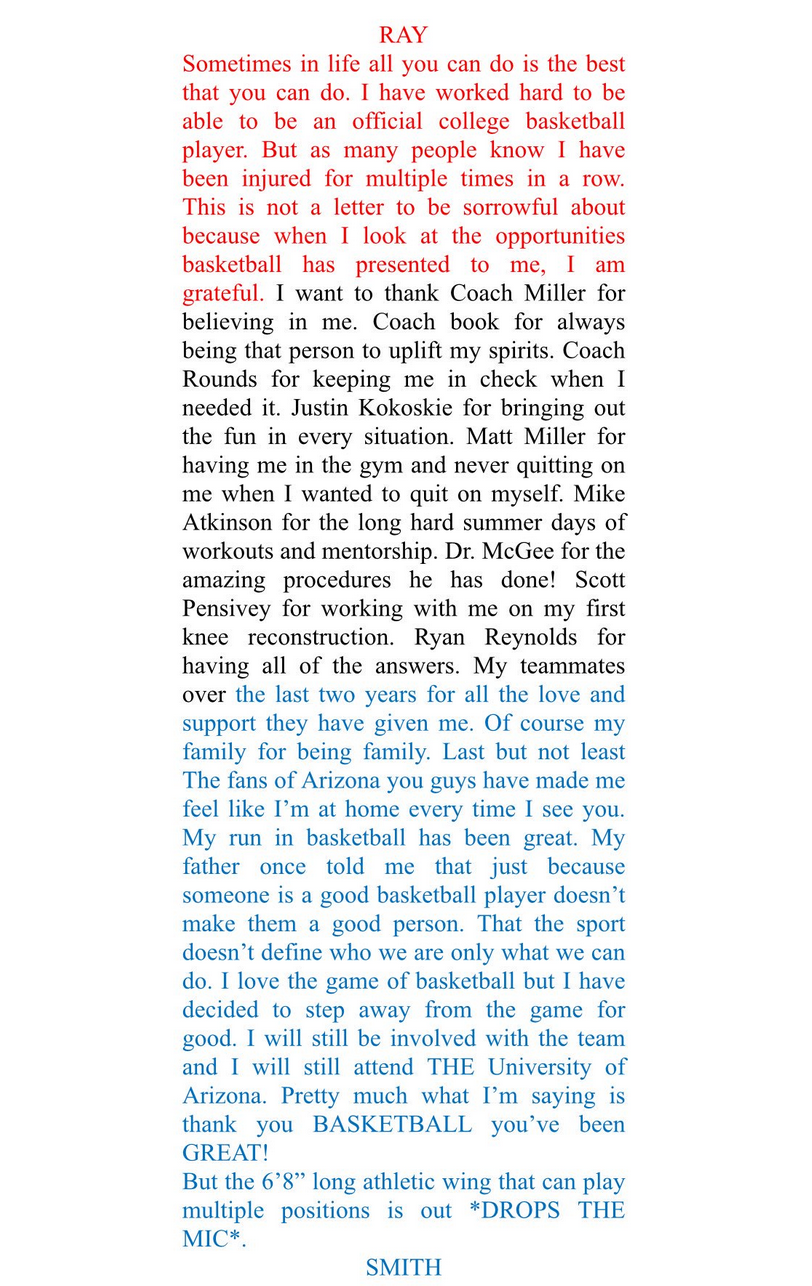 The statement Ray Smith posted to Twitter on Nov. 3, 2016 about his retirement from basketball.