Services will be held at noon Monday for Tucson volunteer and advocate Judith Blair, who died this week at age 71. Funeral services start at noon at Victory Worship Center, 2561 Ruthrauff Road.

"Mama Blair," as she was affectionately known, was diagnosed with lung cancer earlier this year. Treatment barely slowed down the towering, athletic Blair: She was attending UA women's basketball games and advocating for gender equity as recently as a week ago. Blair told friends that she was amazed that she had not lost her hair.

"She came to everything. She brought the mayor to a game, and she would challenge the fans to support us," Barnes said. "And (she) was a huge advocate for women's basketball, someone who we loved and felt like part of the family.

"Going through what she was going through, she still was still behind our bench yelling at the ref. She is really, really, truly going to be missed."

Blair grew up in Sugar Grove, Ohio, where women's sports were not taken seriously — if they were acknowledged at all. Blair wrote in a guest commentary for the Star last year that her brother's team "could practice 'ripping the threads' of a basket inside the gymnasium, while I , alone, outside on the playground court, 'jingled the chains' of that basket.

Blair attended Miami University in Ohio, where a friend tried to set her up with a young football coach named Bo Schembechler, before relocating to Texas. She came to Tucson after her son Joseph signed to play for Olson's Wildcats. Judith Blair wrote last year that she fell in love with Tucson — and the UA —  immediately.

"Ever since I entered a sold-out McKale Center for a men’s game in the fall of 1992, I was greeted by open hearts and open arms," she said. "Upon moving to Tucson, the same congenial attitude prevailed throughout the city. I am both humbled and deeply gratified for the endorsing of my Wildcat son."

Joseph Blair, in his first season as an assistant coach with the NBA's Philadelphia 76ers, announced his mother's death Wednesday morning on her Facebook page. Judith Blair had been an active and enthusiastic updater throughout her cancer treatment, often posting inspirational scripture passages.

"As you know, our mother stood strong in her faith and is now resting the arms of the Father," Joseph Blair wrote Wednesday.

Judith Blair was a longtime volunteer — often helping Joseph's foundation — as well as a dancer, Senior Olympian and advocate for both organ donation and gender equity. In 2001, Blair donated one of her kidneys to Michael Burgoon, a UA communications professor who had befriended Joseph. Burgoon had long suffered from lupus and kidney disease. The transplant saved, and then considerably extended, his life. Burgoon died in 2014.

Gender equity was her passion in recent years; last December, she worked with the UA to arrange a birthday celebration for the sport of basketball at a UA women's game. Blair invited Margaret Naismith Jonker, the great-granddaughter of basketball inventor James Naismith and her longtime friend, as a special guest.  Tucson mayor Jonathan Rothschild made a special proclamation at halftime.

"How can my heart not be happy?" she wrote.

Blair is survived by her sons Joseph and Jonathan and their families.

Judith Blair writes that WNIT run made her heart happy. 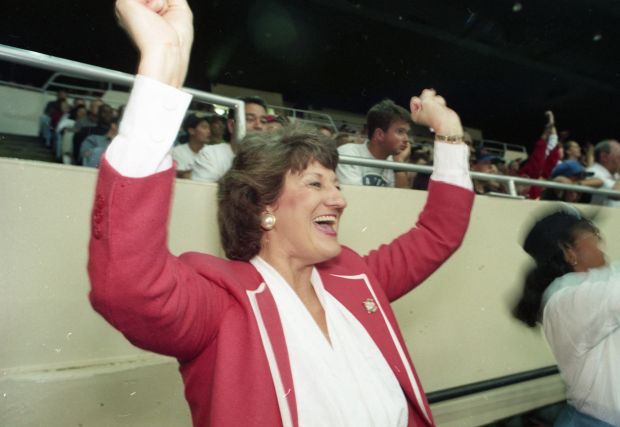 Judith Blair cheers on her son, Joseph Blair, and the team at the West Regional in Los Angeles. 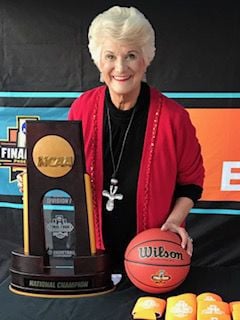 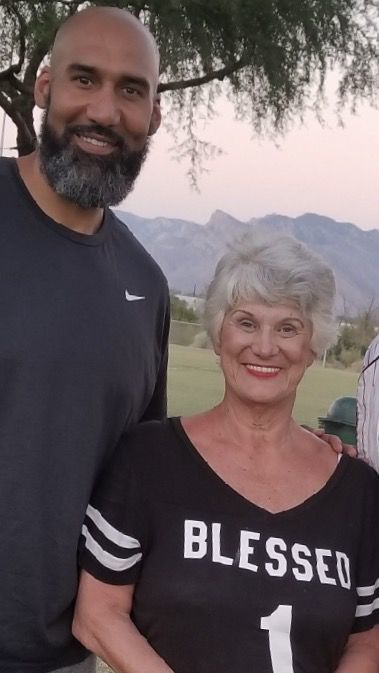